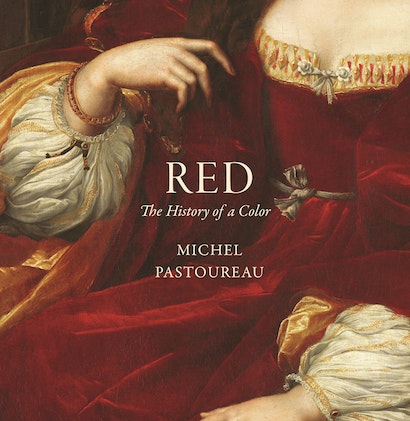 The color red has represented many things, from the life force and the divine to love, lust, and anger. Up through the Middle Ages, red held a place of privilege in the Western world. For many cultures, red was not just one color of many but rather the only color worthy enough to be used for social purposes. In some languages, the word for red was the same as the word for color. The first color developed for painting and dying, red became associated in antiquity with war, wealth, and power. In the medieval period, red held both religious significance, as the color of the blood of Christ and the fires of Hell, and secular meaning, as a symbol of love, glory, and beauty. Yet during the Protestant Reformation, red began to decline in status. Viewed as indecent and immoral and linked to luxury and the excesses of the Catholic Church, red fell out of favor. After the French Revolution, red gained new respect as the color of progressive movements and radical left-wing politics.

In this beautifully illustrated book, Michel Pastoureau, the acclaimed author of Blue, Black, and Green, now masterfully navigates centuries of symbolism and complex meanings to present the fascinating and sometimes controversial history of the color red. Pastoureau illuminates red’s evolution through a diverse selection of captivating images, including the cave paintings of Lascaux, the works of Renaissance masters, and the modern paintings and stained glass of Mark Rothko and Josef Albers.

Michel Pastoureau is a historian and director of studies at the École Pratique des Hautes Études de la Sorbonne in Paris. A specialist in the history of colors, symbols, and heraldry, he is the author of many books, including Green, Black, and Blue (all Princeton) and The Devil's Cloth: A History of Stripes. His books have been translated into more than thirty languages.

"Love, oh love, oh bloody love! So intense, so beautiful, so treacherous—so red. . . . The new book Red: The History of a Color by Michel Pastoureau . . . considers red in all its manifold guises. A richly and imaginatively illustrated survey filled with history, lore, religion, science, cosmetics, archaeology, medicine, alchemy, superstition, magic, linguistics, and even recipes for pigments, the book ambitiously traverses the centuries from prehistoric times to the present."—Barbara A. MacAdam, ARTnews

"Pastoureau . . . deftly weaves a tapestry that takes in not just the history of Western art, but also etymology, fairy tales and even the origins of modern road signage in heraldry. There can be no doubting his passion."—Stephen Patience, World of Interiors

"Pastoureau is the world's most distinguished and influential historian of colour, and . . . his life's work on the symbolism of the spectrum is one of the great humane projects of our day."—Kevin Jackson, Literary Review

"Red is the color of lovers, blood, and anguish, and often signifies intensity. It is no doubt one of the most important colors in our history. Michel Pastoureau examines its significance through a slew of analytical essays and photographs that reveal the complex and, at times, controversial nature of the color and its relation to other hues."—Metropolis

"Gorgeous. . . . [A] splendid book, beautiful to look at and fascinating to read."—Jeff Jacoby, Boston Globe

"Does the warning red of our stop signs burble up from the color's association with medieval morality? Does the emergence of red as an ideological identity in right-wing American politics have some echo of the color’s use as a symbol of power, such as the red cloak of Charlemagne and the Phrygian cap of the French Revolution? Michel Pastoureau’s Red: The History of a Color, recently released by Princeton University Press, is a concise biography of the complex symbolism and perception of this hue of blood and fire."—Allison Meier, Hyperallergic

"The book is very readable, with a gorgeous visual accompaniment, dominated not only by red but also by other colors that have played and still play a significant role in our history and lives. Michel Pastoureau wrote another wonderful book, which in an unforgettable form brings the reader to think about the colors that we rarely think, if ever we ever think."—Marek Zágor, Stavitele Katedral

"Beautifully and imaginatively illustrated . . . Red is less a theory than a very readable compendium of fascinating facts. . . . Red contains more than enough engrossing diversions that act like a traffic light and bring you to a stop."—Michael Prodger, The Times

"A heady story of colors."—Télérama

"An exciting cultural journey through the color red."—La vie

"Pastoureau has now written what will certainly become the definitive study on the color red. . . . A masterful storyteller, Pastoureau’s work appeals to a wide spectrum of specialists as well as a cultivated general public. The chronological sweep in this study is extremely impressive, ranging from prehistoric times through to the present day. . . . In addition to covering a stunning chronological range, Pastoureau’s study is also amazingly interdisciplinary."—Anna Russakoff, H-France Review

"Red is a highly recommended, monumental work that deserves a place on the bookshelves of bright and inquisitive readers."—Jesse Russell, Claremont Review of Books

Red offers a social and cultural European history of red from antiquity to the twenty-first century. It is immensely engaging and lively, and at the same time takes up interesting and difficult questions of interpretation. Chock full of entertaining and surprising observations delivered with verve, this book will delight casual admirers of cultural history and serious scholars."—David O'Brien, University of Illinois, Urbana-Champaign 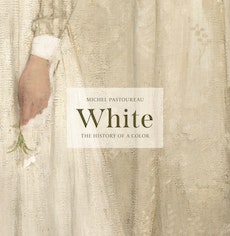 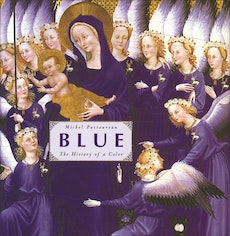 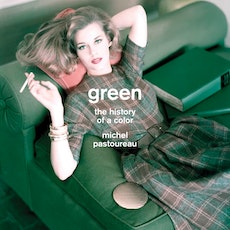 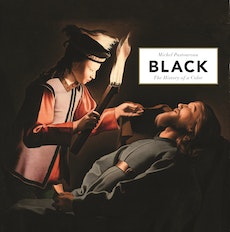 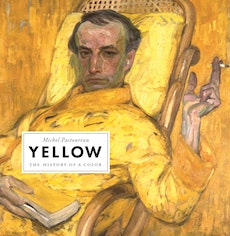