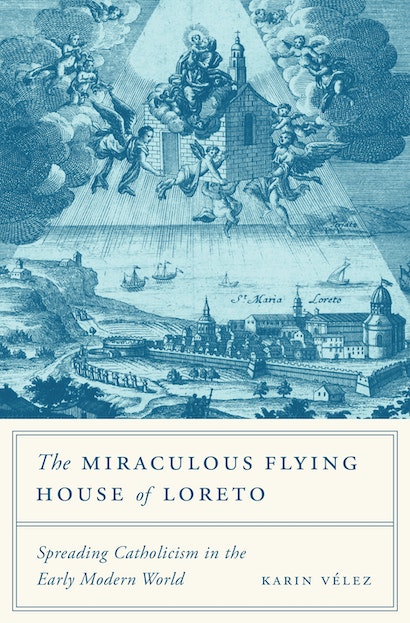 In 1295, a house fell from the evening sky onto an Italian coastal road by the Adriatic Sea. Inside, awestruck locals encountered the Virgin Mary, who explained that this humble mud-brick structure was her original residence newly arrived from Nazareth. To keep it from the hands of Muslim invaders, angels had flown it to Loreto, stopping three times along the way. This story of the house of Loreto has been read as an allegory of how Catholicism spread peacefully around the world by dropping miraculously from the heavens.

In this book, Karin Vélez calls that interpretation into question by examining historical accounts of the movement of the Holy House across the Mediterranean in the thirteenth century and the Atlantic in the seventeenth century. These records indicate vast and voluntary involvement in the project of formulating a branch of Catholic devotion. Vélez surveys the efforts of European Jesuits, Slavic migrants, and indigenous peoples in Baja California, Canada, and Peru. These individuals contributed to the expansion of Catholicism by acting as unofficial authors, inadvertent pilgrims, unlicensed architects, unacknowledged artists, and unsolicited cataloguers of Loreto. Their participation in portaging Mary’s house challenges traditional views of Christianity as a prepackaged European export, and instead suggests that Christianity is the cumulative product of thousands of self-appointed editors. Vélez also demonstrates how miracle narratives can be treated seriously as historical sources that preserve traces of real events.

Karin Vélez is associate professor of history at Macalester College. 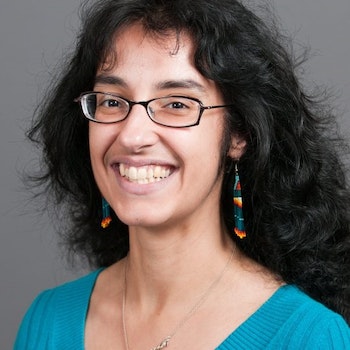 "Karin Vélez’s study of the cult of the Virgin of Loreto brilliantly encapsulates the current historiography of the Counter-Reformation. . . . Vélez’s prose is lyrical and her true gift is that of a storyteller."—Jan Machielsen, Times Literary Supplement

"Vélez has written a well-researched, thoughtful book that will be a permanent contribution to the mythohistory of Loreto."—David D'Andrea, Journal of Early Modern History

“Through close examination of the Catholic devotion known as ‘Our Lady of Loreto’ and its spread from Europe to various locations in the Americas, this wonderful and moving book offers a compelling case that Catholicism’s expansion was not just accomplished by force, but much more often occurred through the agency of people who survived chaotic events and accidental journeys.”—Diana Walsh Pasulka, author of Heaven Can Wait

“While plenty of histories of the Holy House of Loreto have been written since the late Middle Ages, those texts have not taken an analytical approach, much less one as eclectic, perceptive, and wide-ranging as this. The scholarship is exemplary and praiseworthy. As far as the subject of the Holy House of Loreto is concerned, this richly layered book has no equals.”—Carlos Eire, author of Reformations

“Deeply researched and utterly engaging, The Miraculous Flying House of Loreto unfolds the ‘mythohistory’ of the transportation of the Virgin Mary’s childhood home from Nazareth to Italy. Catholics from Le Marche to the Amazon basin built, painted, narrated, counted, and walked themselves into the miracle of the Holy House of Loreto. It takes a global village to make a miracle, and Karin Vélez shows us with wit and learning how this was done.”—Robert Orsi, author of History and Presence

“In this exciting and eloquent book, Karin Vélez shows us what it meant to believe that the House of the Virgin Mary flew to its Italian resting place in Loreto—and why priests and lay people worked together to build replicas of it around the Catholic world. Vélez reimagines the Counter-Reformation as a global, collaborative movement, and in doing so opens up forgotten worlds of religious experience.”—Anthony Grafton, Princeton University