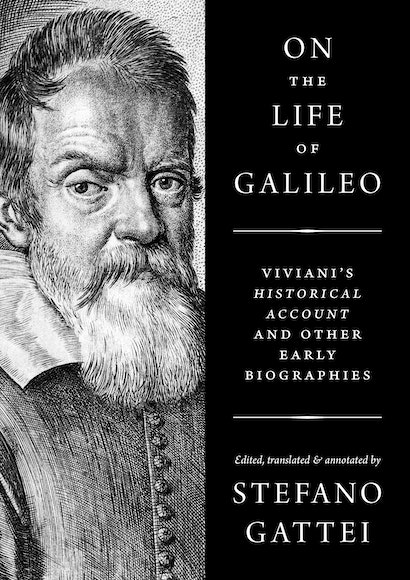 This unique critical edition presents key early biographical accounts of the life and work of Galileo Galilei (1564–1642), written by his close contemporaries. Collected and translated into English for the first time and supplemented by an introduction and incisive annotations by Stefano Gattei, these documents paint an incomparable firsthand picture of Galileo and offer rare insights into the construction of his public image and the complex intertwining of science, religion, and politics in seventeenth-century Italy.

Here in its entirety is Vincenzo Viviani’s Historical Account, an extensive and influential biography of Galileo written in 1654 by his last and most devoted pupil. Viviani’s text is accompanied by his “Letter to Prince Leopoldo de’ Medici on the Application of Pendulum to Clocks” (1659), his 1674 description of Galileo’s later works, and the long inscriptions on the façade of Viviani’s Florentine palace (1702). The collection also includes the “Adulatio perniciosa,” a Latin poem written in 1620 by Cardinal Maffeo Barberini—who, as Pope Urban VIII, would become Galileo’s prosecutor—as well as descriptive accounts that emerged from the Roman court and contemporary European biographers.

Featuring the original texts in Italian, Latin, and French with their English translations on facing pages, this invaluable book shows how Galileo’s pupils, friends, and critics shaped the Galileo myth for centuries to come, and brings together in one volume the primary sources needed to understand the legendary scientist in his time.

Stefano Gattei is visiting associate in history at the California Institute of Technology and Dibner Fellow at the Huntington Library. He is the author of Thomas Kuhn’s “Linguistic Turn” and the Legacy of Logical Empiricism and Karl Popper’s Philosophy of Science. He is the coeditor of Physics and Philosophy, the fourth volume of Paul Feyerabend’s collected philosophical papers. 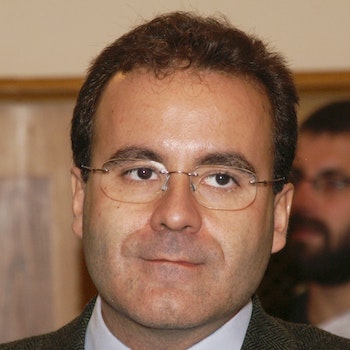 "Works by Galileo’s seventeenth-century contemporaries, translated by Stefano Gattei, reveal at first hand the making of his myth in a tumultuous era."—Barbara Kiser, Nature

"This book is a major scholarly achievement and represents the first collection and translation into English of the earliest biographical accounts of Galileo’s life . . . The book gives readers many fascinating key insights into Galileo’s life, work and character."—Paradigm Explorer

"This volume is a splendid contribution to Galileo’s afterlife."—Eileen Reeves, Journal for the History of Astronomy

"Gattei’s philological and translation work is impeccable and the volume is completed by a rich apparatus as well as numerous historical illustrations. A gem in the editorial market on Galileo."—Matteo Valleriani, Metascience

"This book is a superb and lasting contribution to our knowledge of Galileo Galilei and a timely complement to the recent biographies of the greatest of early modern scientists. Gattei offers excellent translations of more than a dozen early biographical portraits of Galileo, explaining their philosophical, political, and religious constraints, their literary models, and their basis in fact and fiction. This is the afterlife Galileo deserves."—Eileen Reeves, author of Evening News: Optics, Astronomy, and Journalism in Early Modern Europe

“On the Life of Galileo will be read with profit by scholars and anyone interested in perceptions of Galileo and his work by contemporaries who knew him. Gattei shows how Galileo’s immediate followers and students spread his views through a carefully constructed mythic persona.”—Jed Z. Buchwald, coauthor of Newton and the Origin of Civilization

"The struggle over the meaning and memory of Galileo's life began even before his death. Stefano Gattei generously and eruditely supplies us with all the available early eulogies, caricatures, sketches, and condemnations, and allows us to see the fraught process by which Galileo became Galileo."—Nick Wilding, author of Galileo’s Idol: Gianfrancesco Sagredo and the Politics of Knowledge

“Gattei brings together an important corpus of source material that is essential for understanding what people thought they knew about Galileo and how their perceptions began to shape early mythologies about his life, his work, and his trial and condemnation.”—Paula Findlen, editor of Early Modern Things: Objects and Their Histories, 1500–1800

"This is a thoroughly researched and fully annotated collection, with English translation, of the earliest Galileo biographies, written in his own century. It represents a substantial contribution to Galilean historiography and our understanding of how the Galileo myth came to be."—Michael Segre, author of In the Wake of Galileo

"This book is an original and important addition to the literature on Galileo and seventeenth-century science. It is also a concrete and instructive discussion of historiographical problems regarding scientific biographies. Gattei’s erudition is impressive and captivating."—Maurice A. Finocchiaro, editor and translator of The Essential Galileo