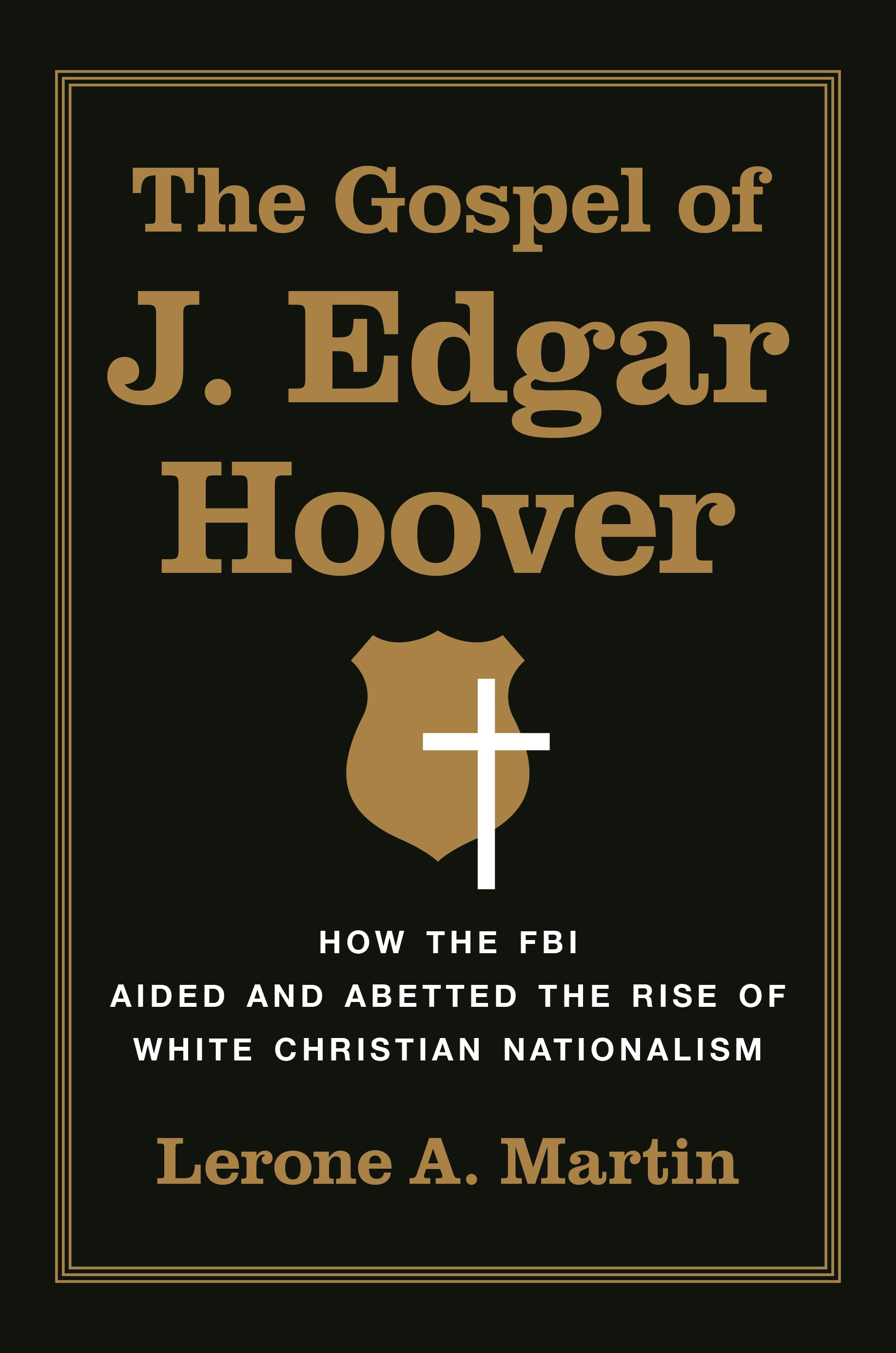 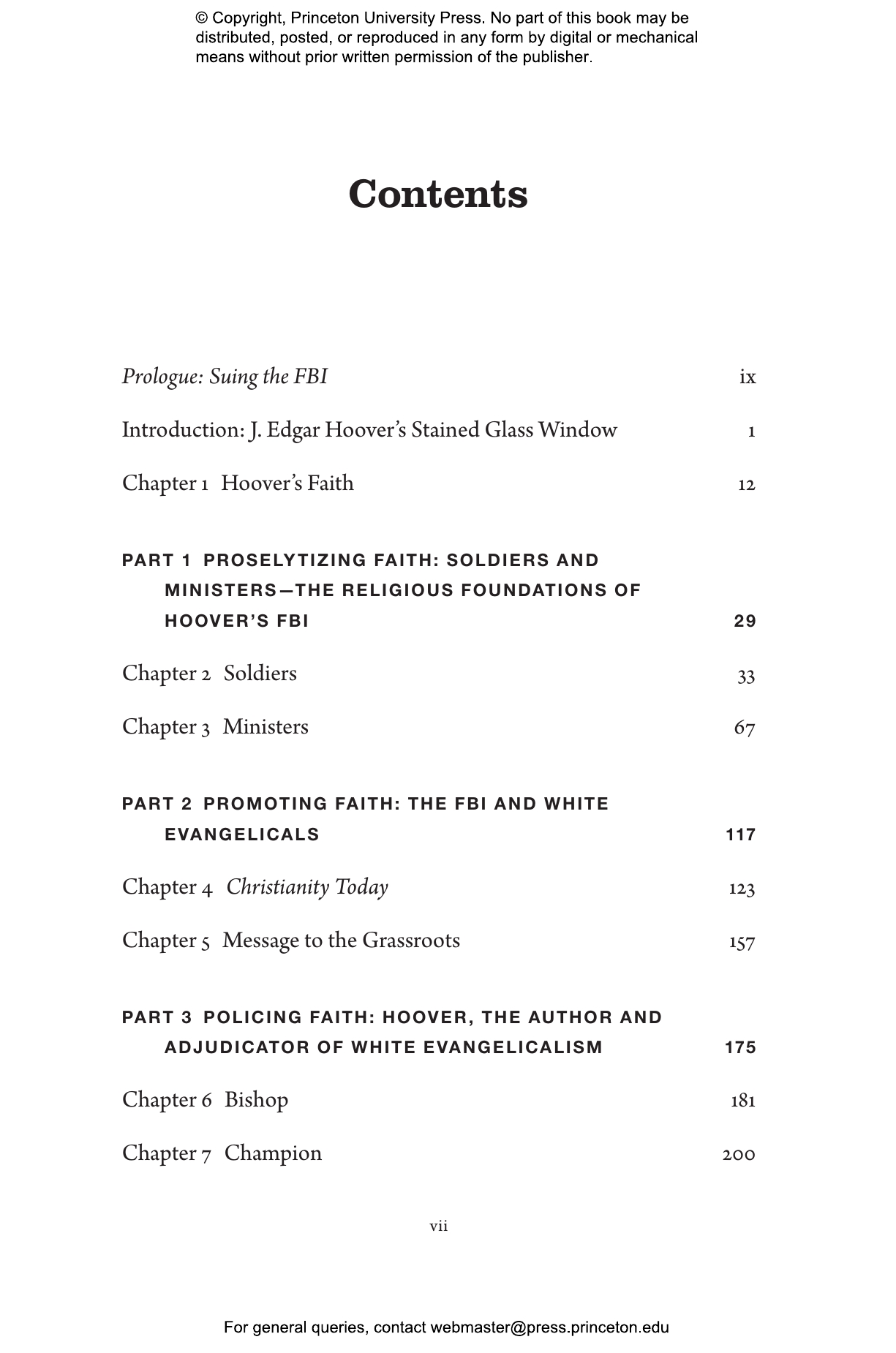 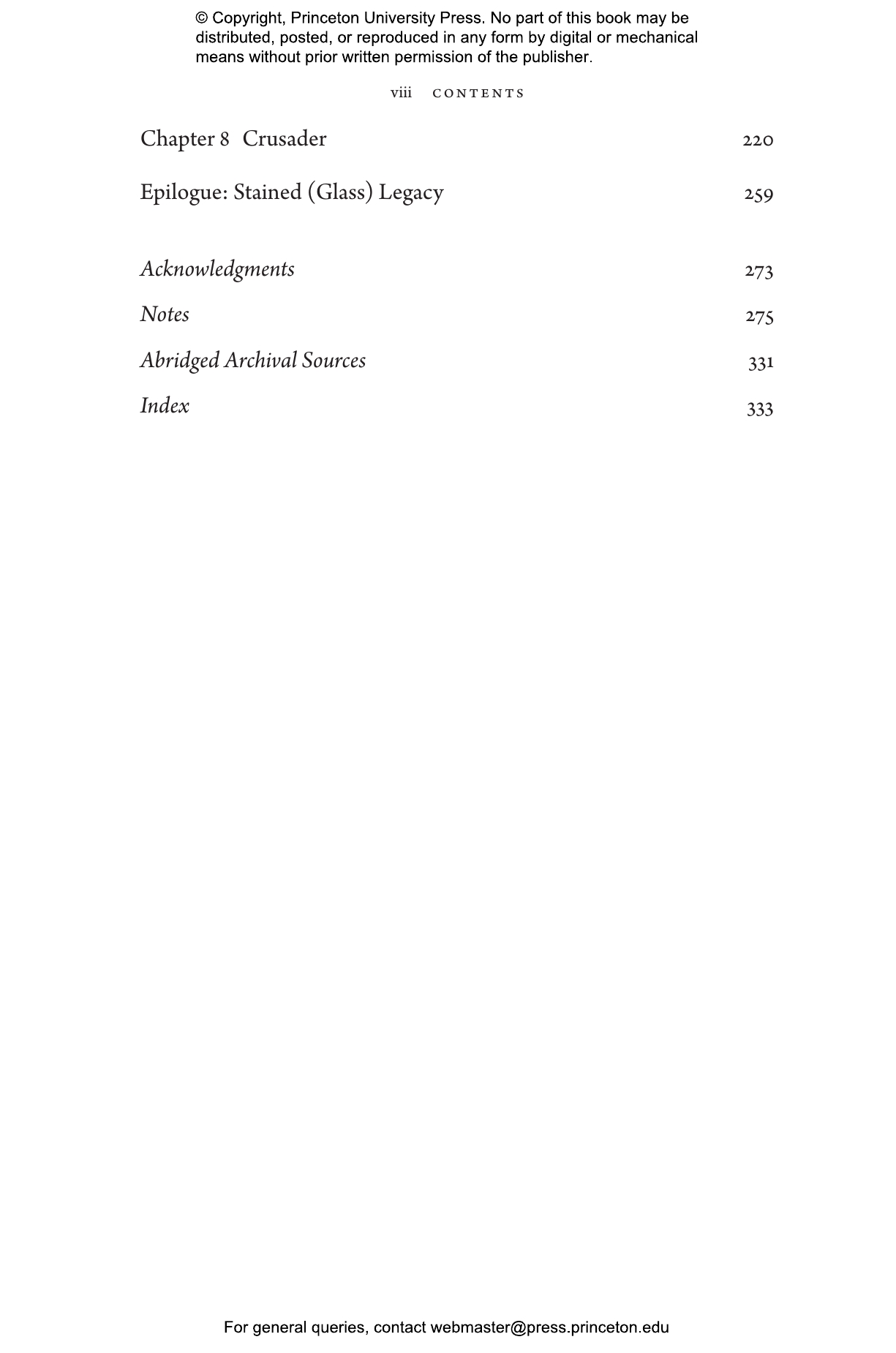 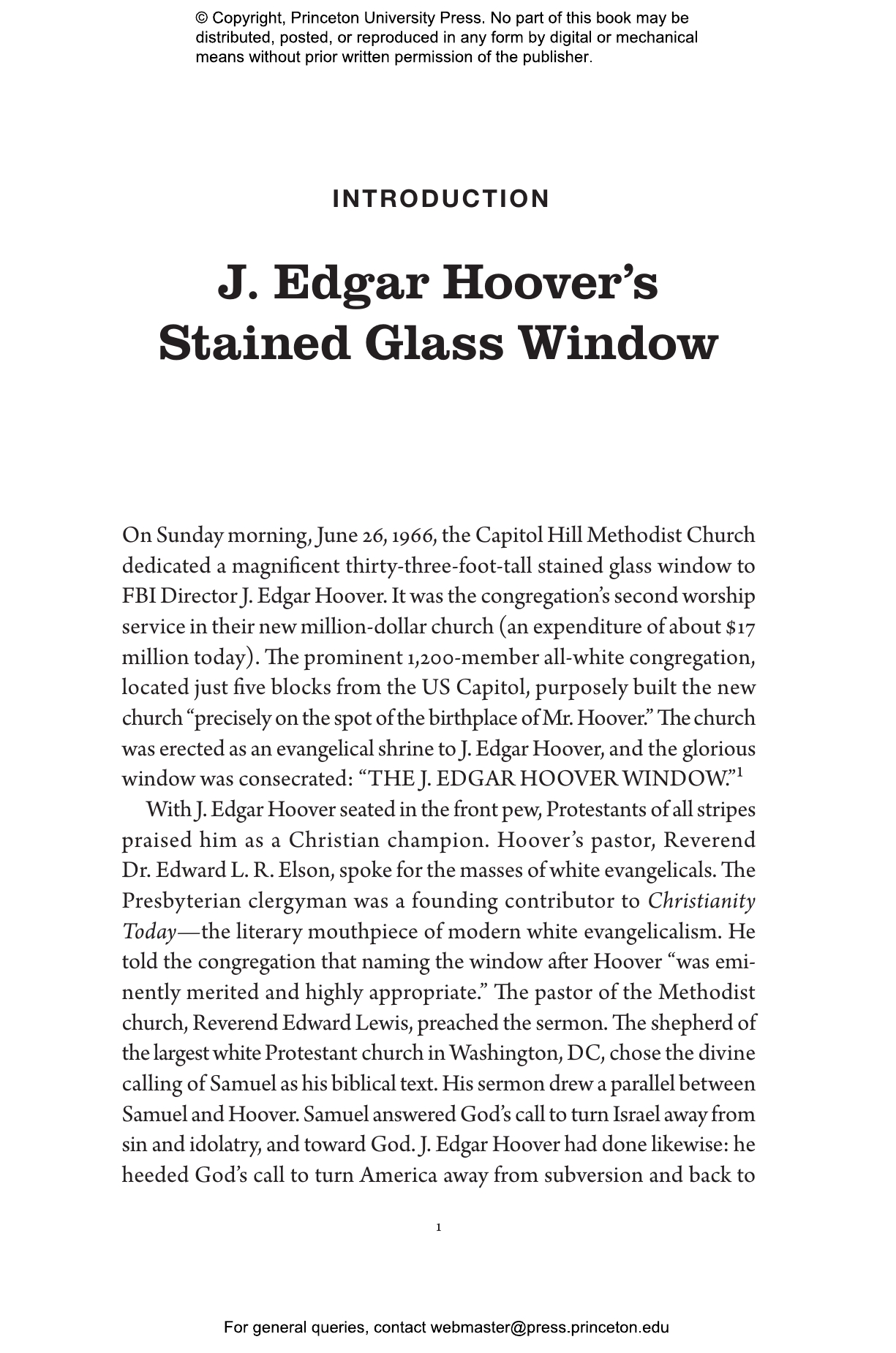 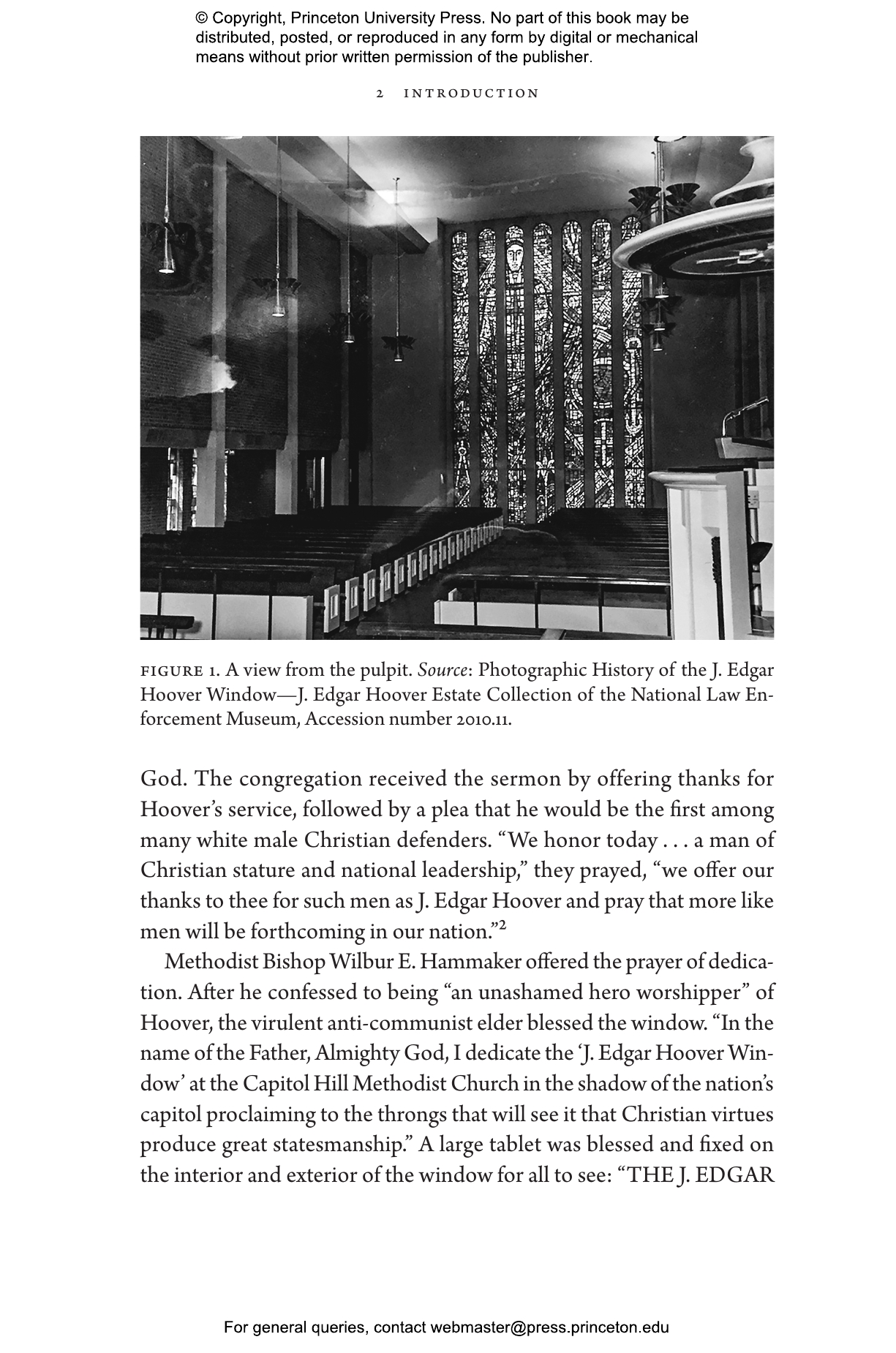 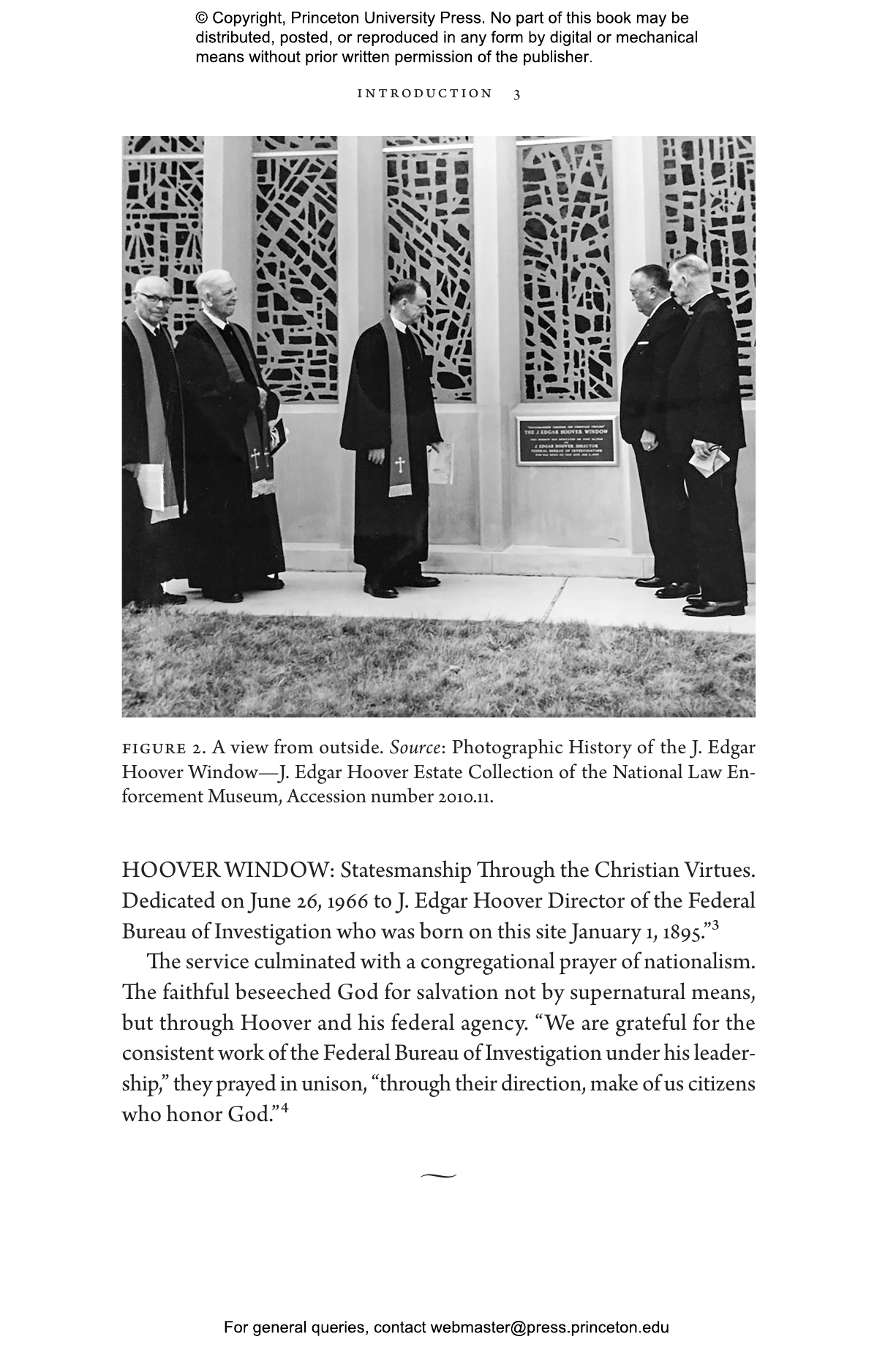 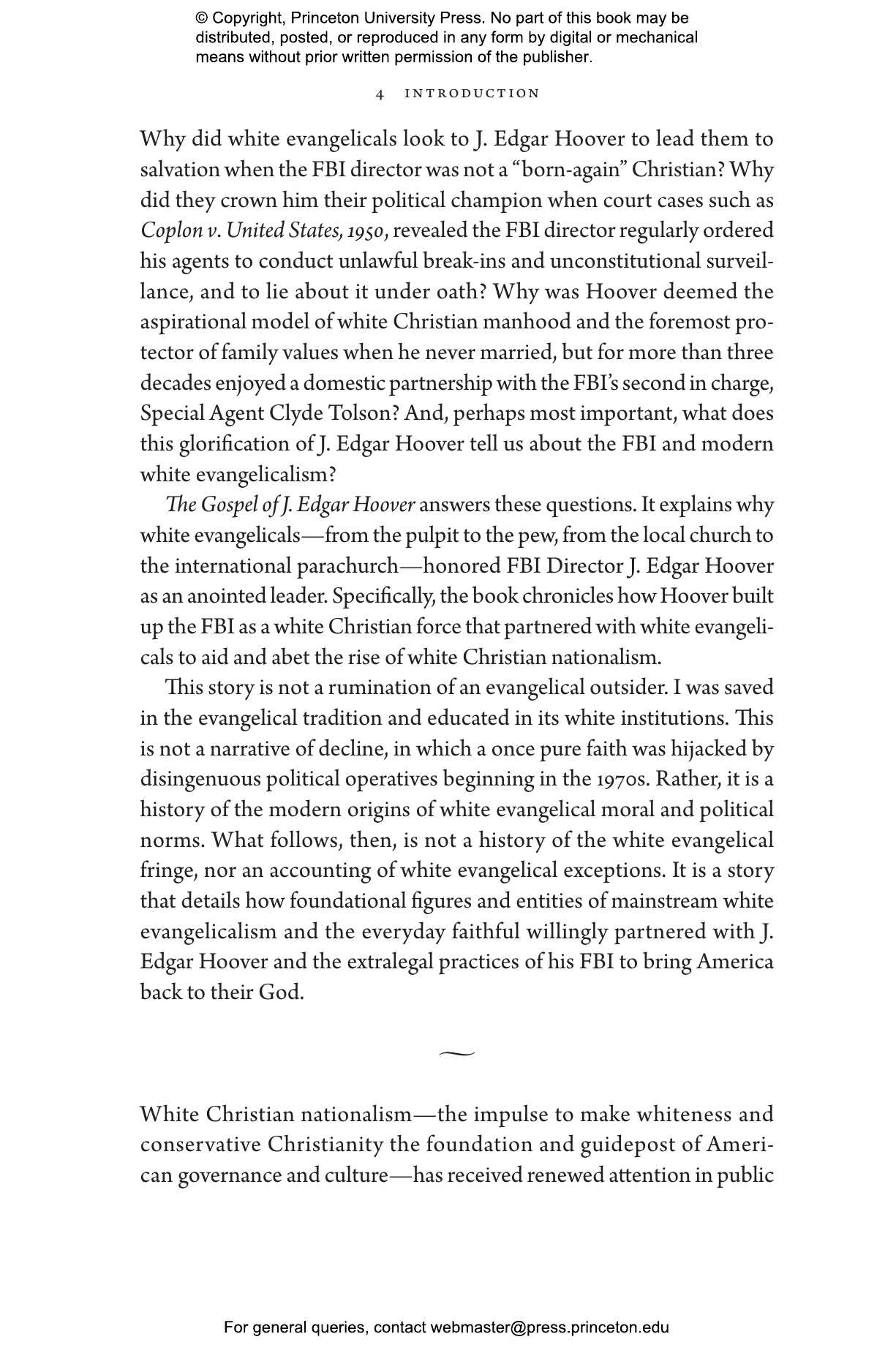 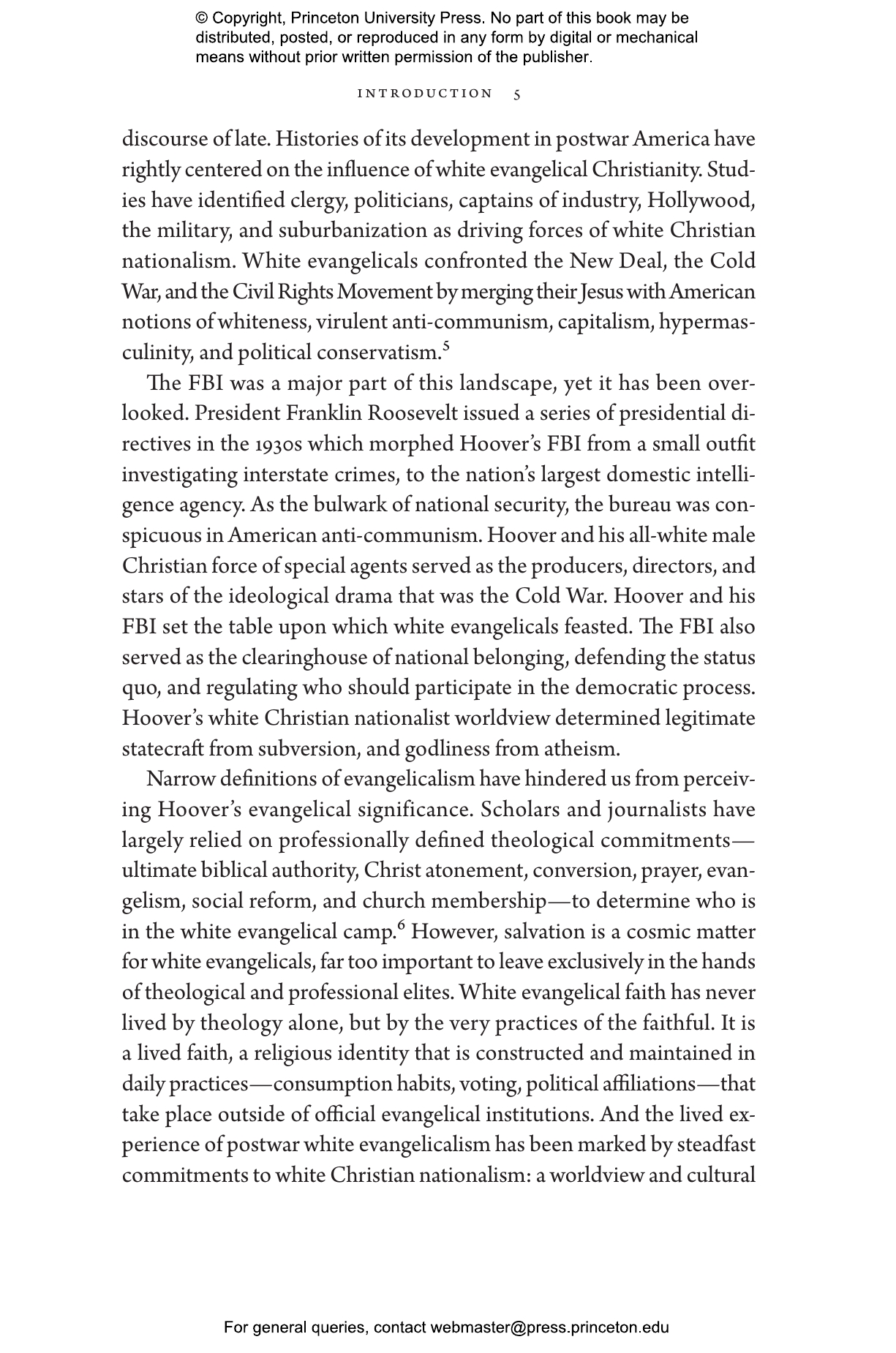 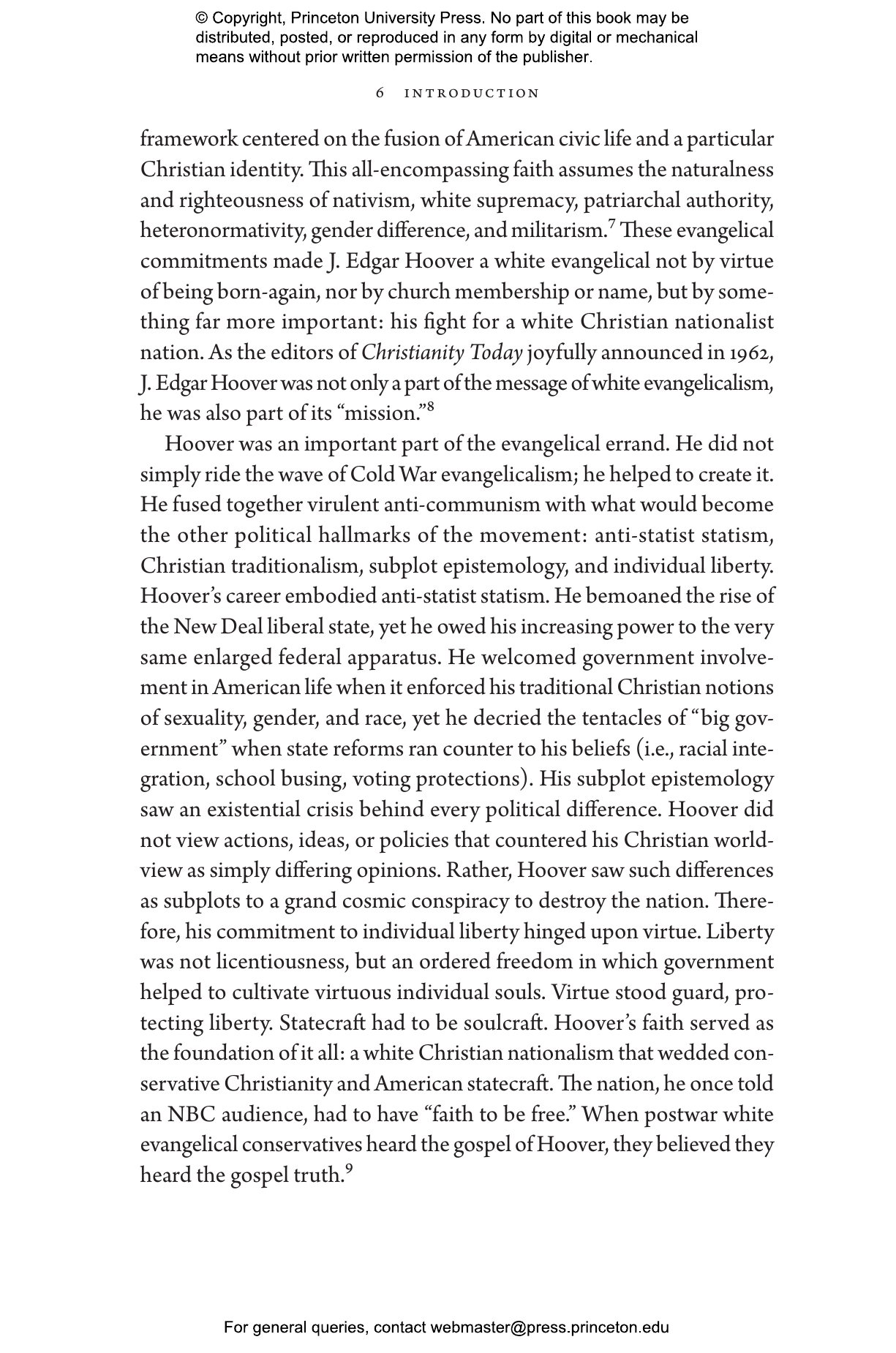 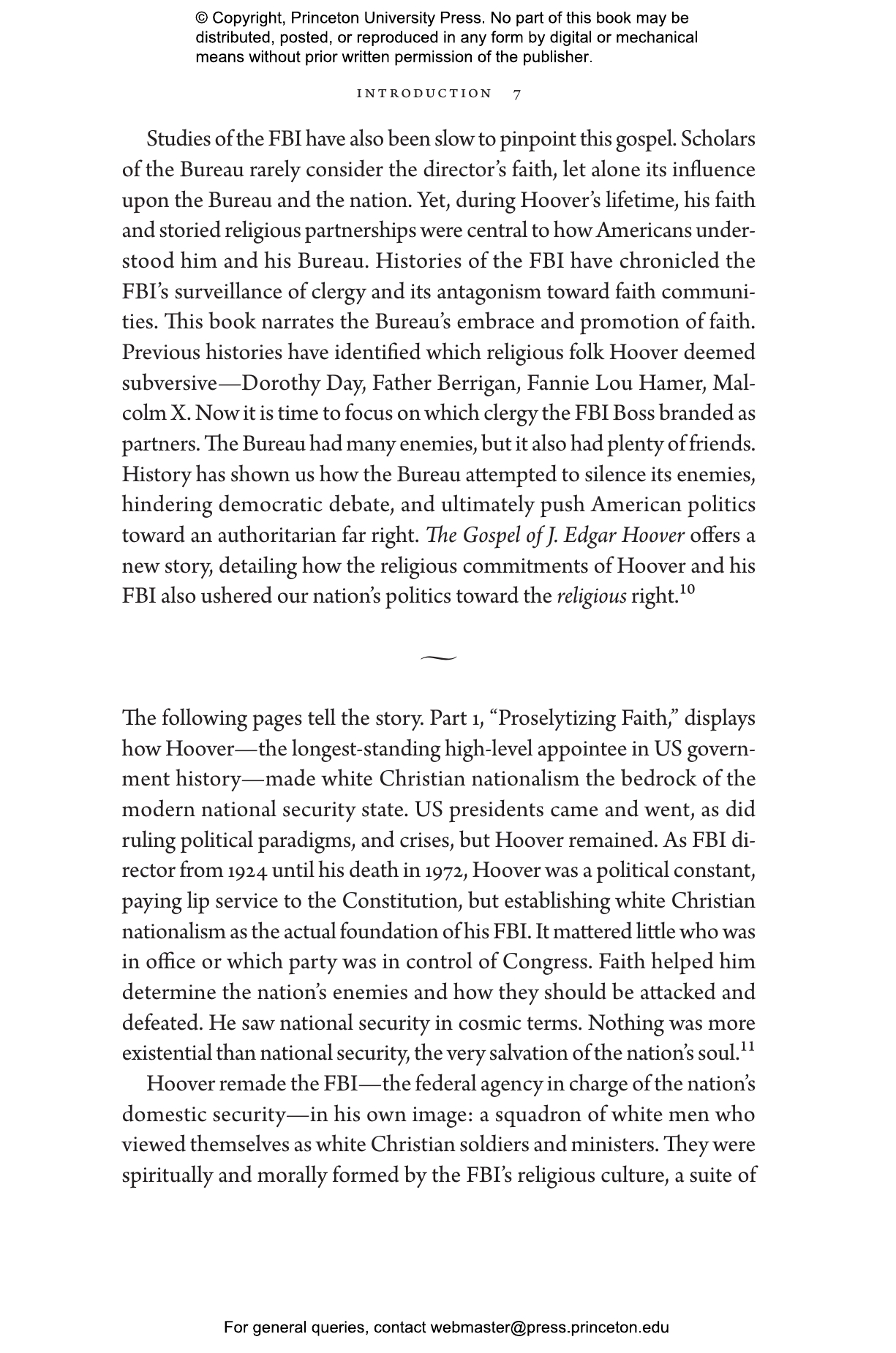 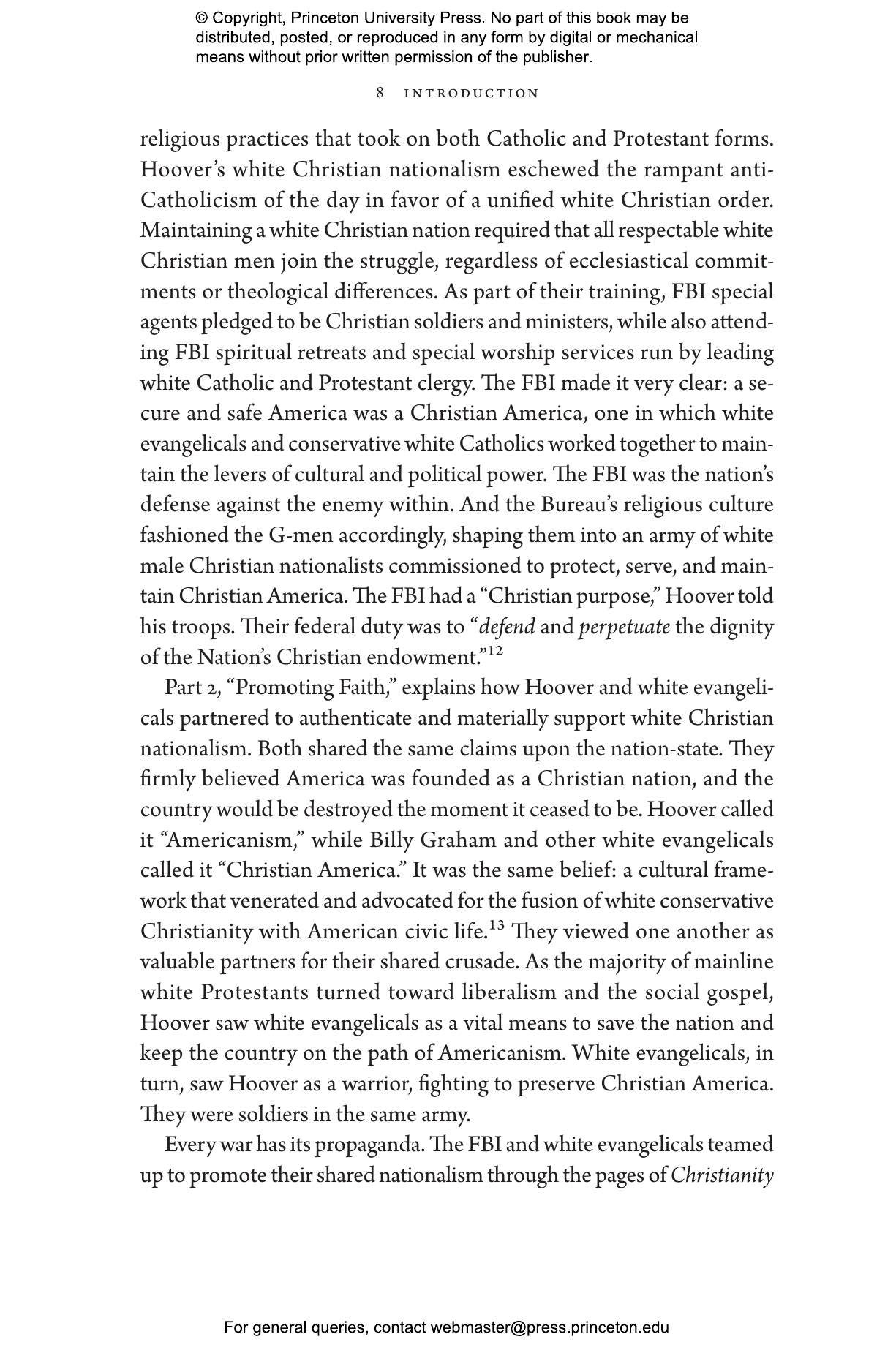 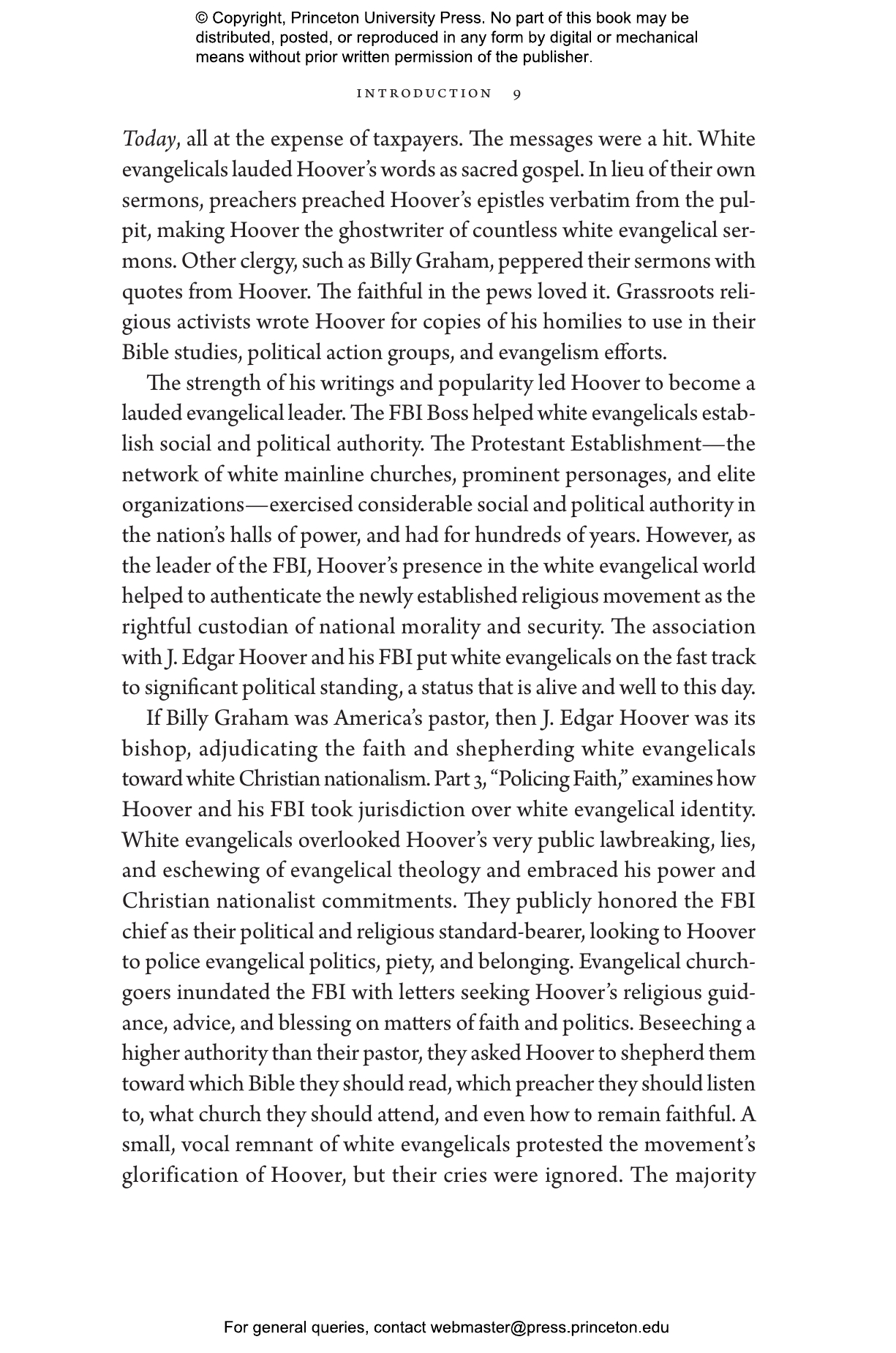 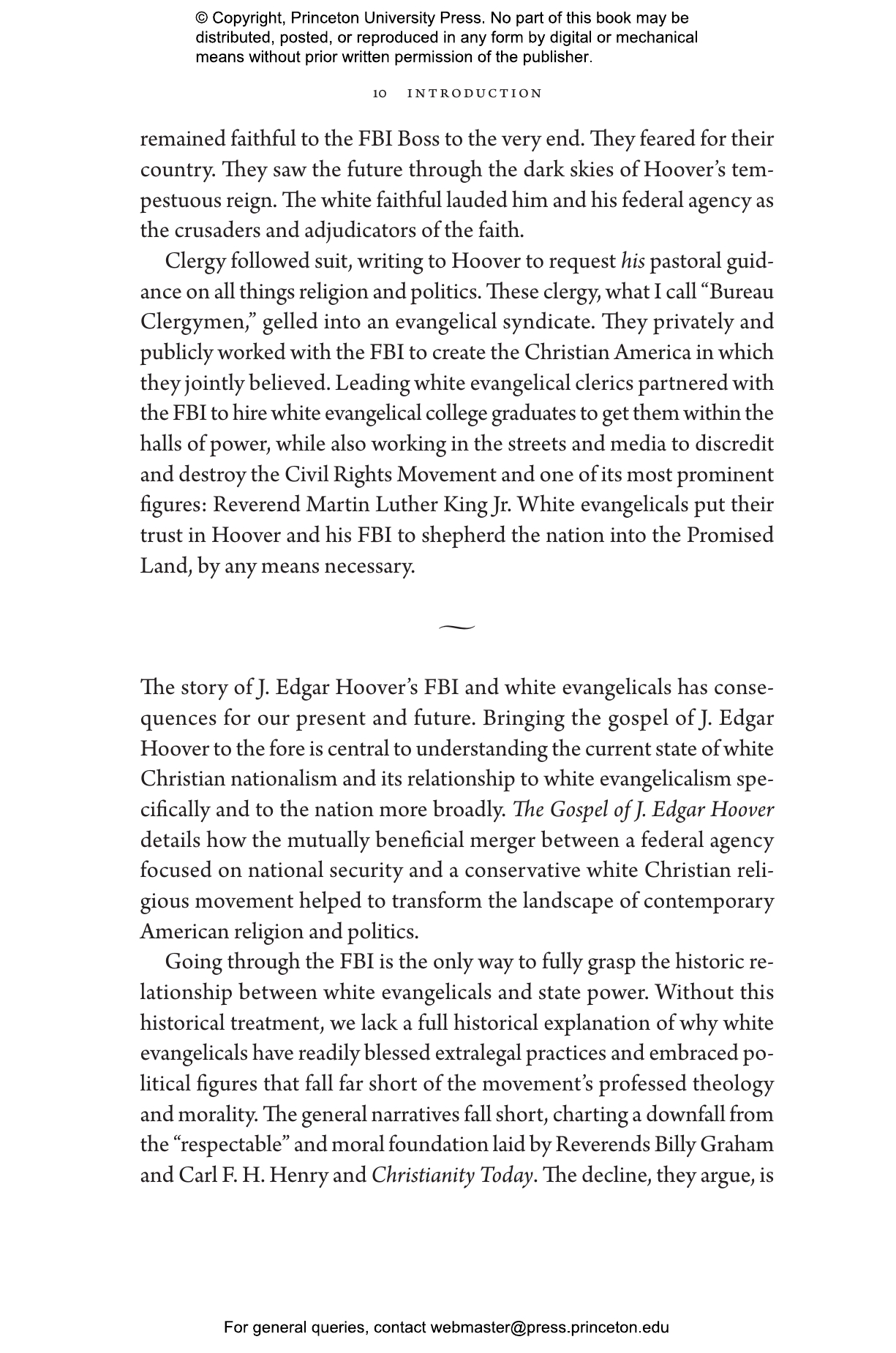 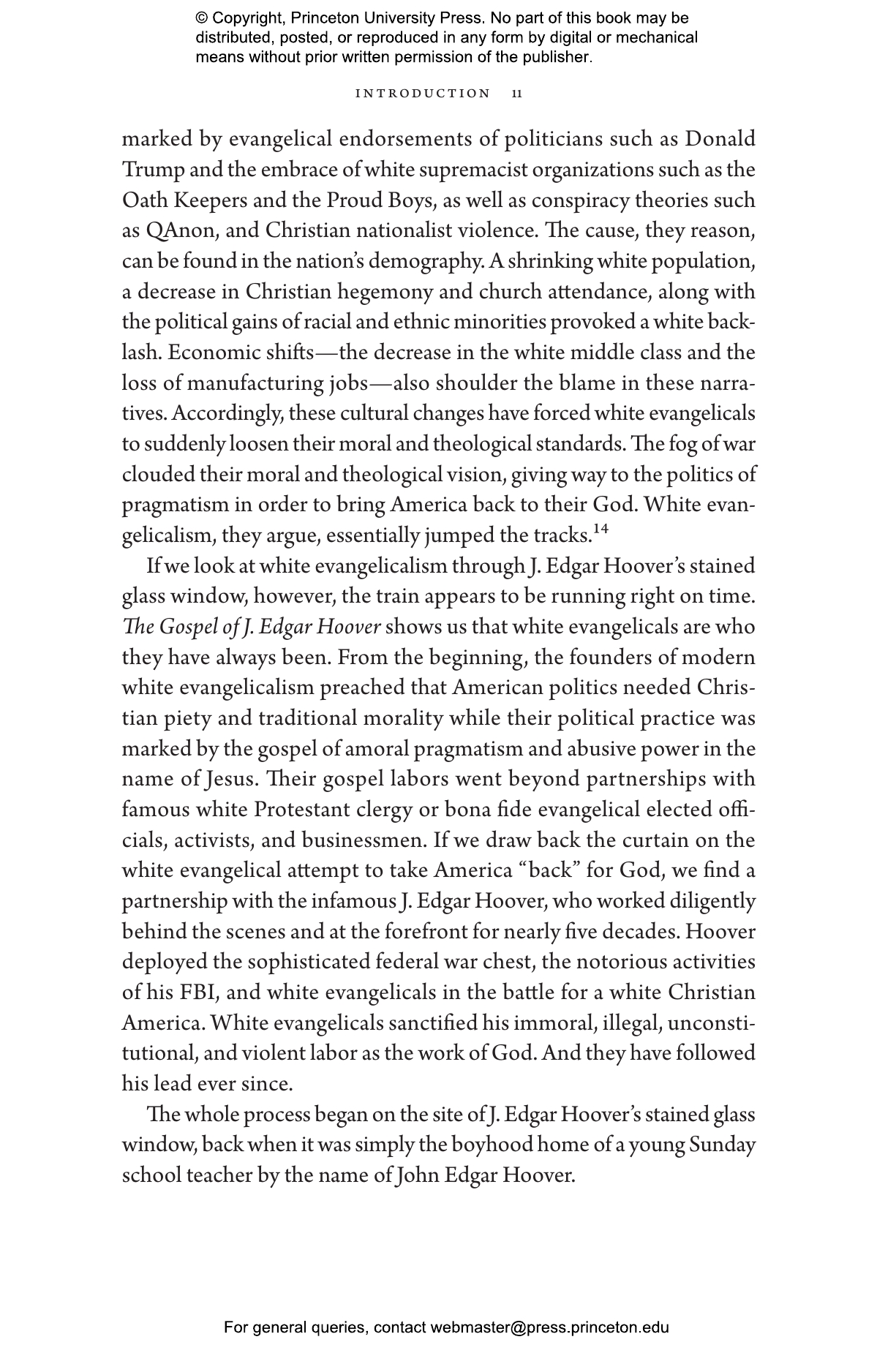 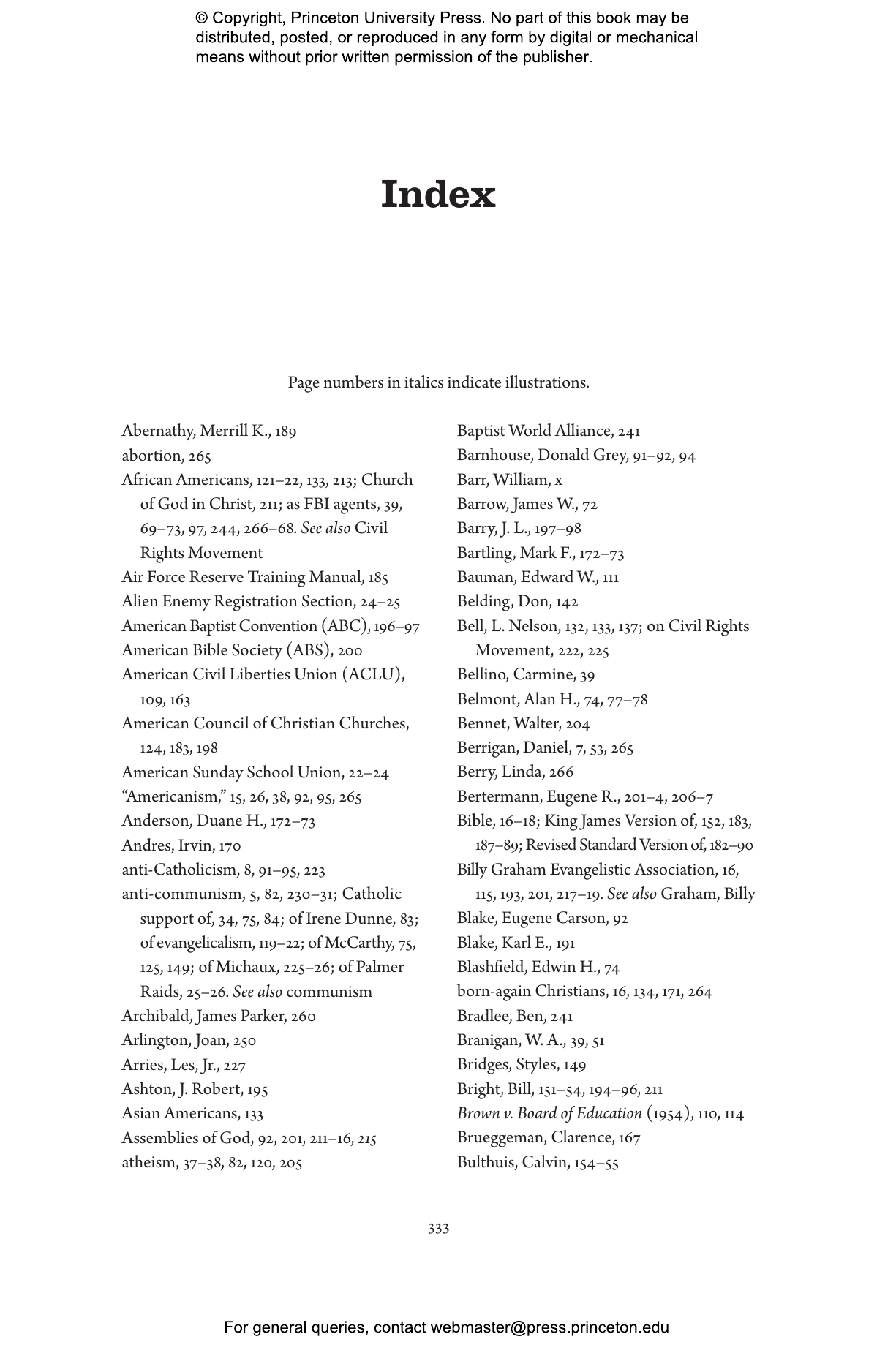 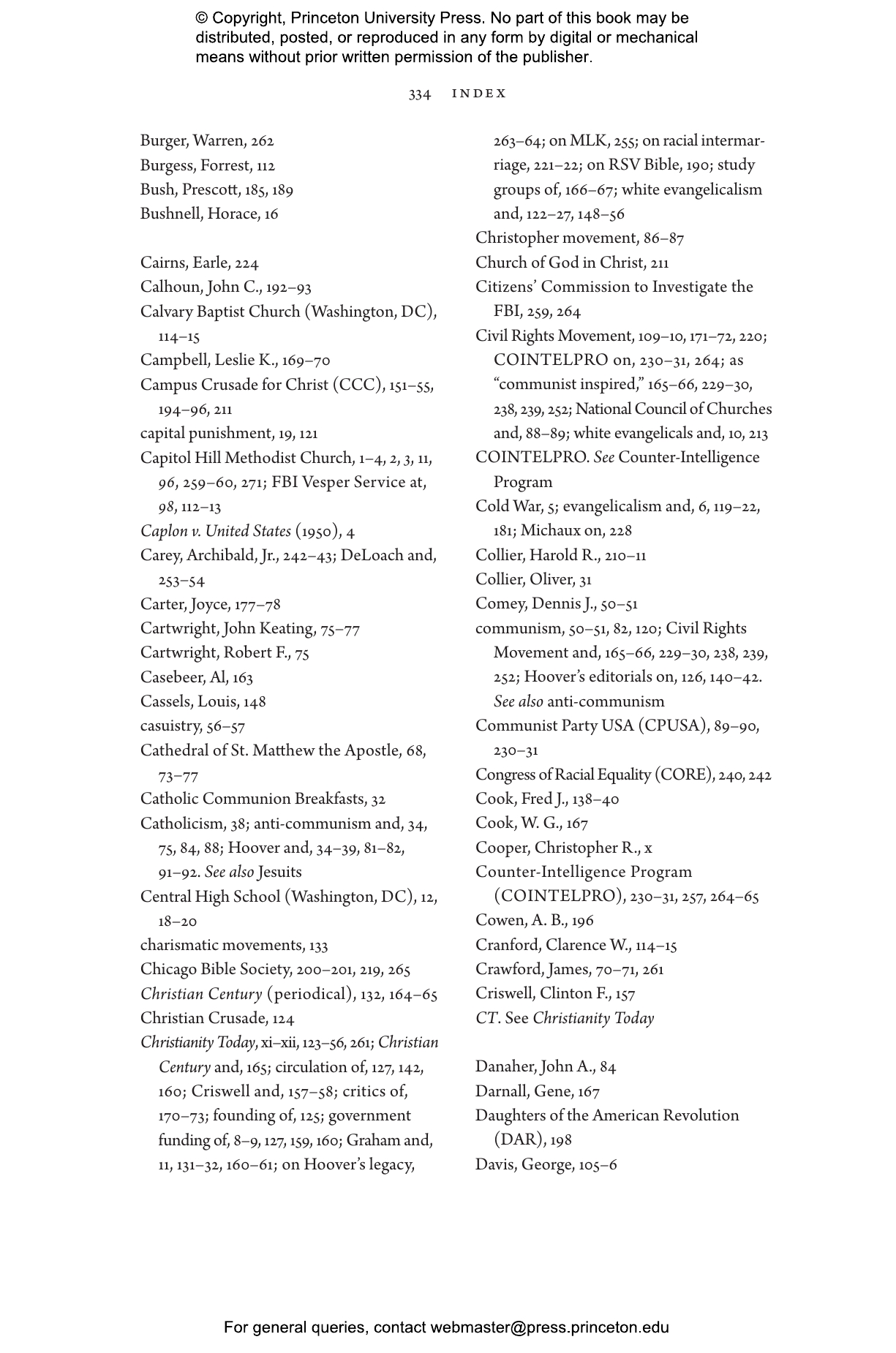 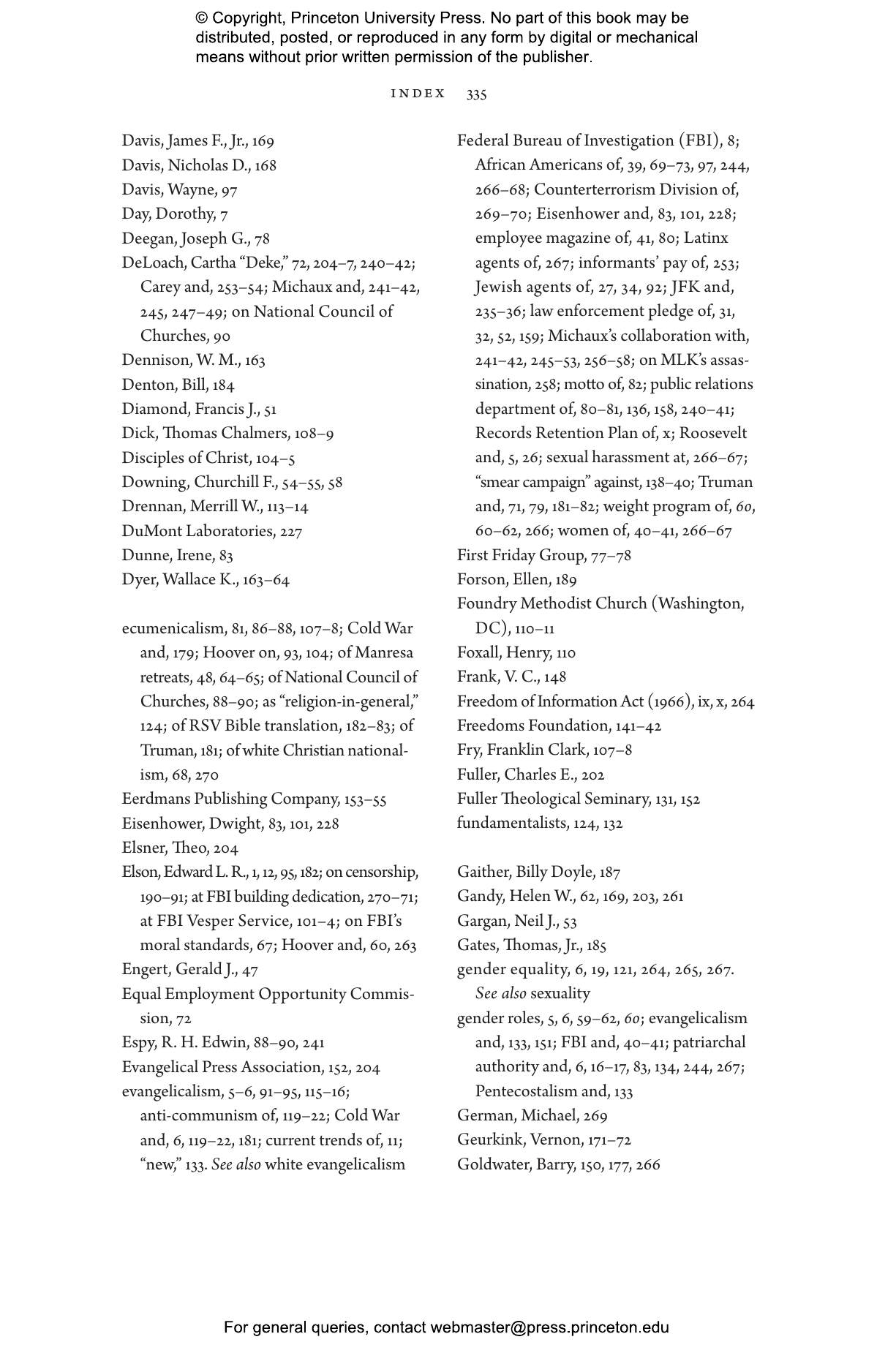 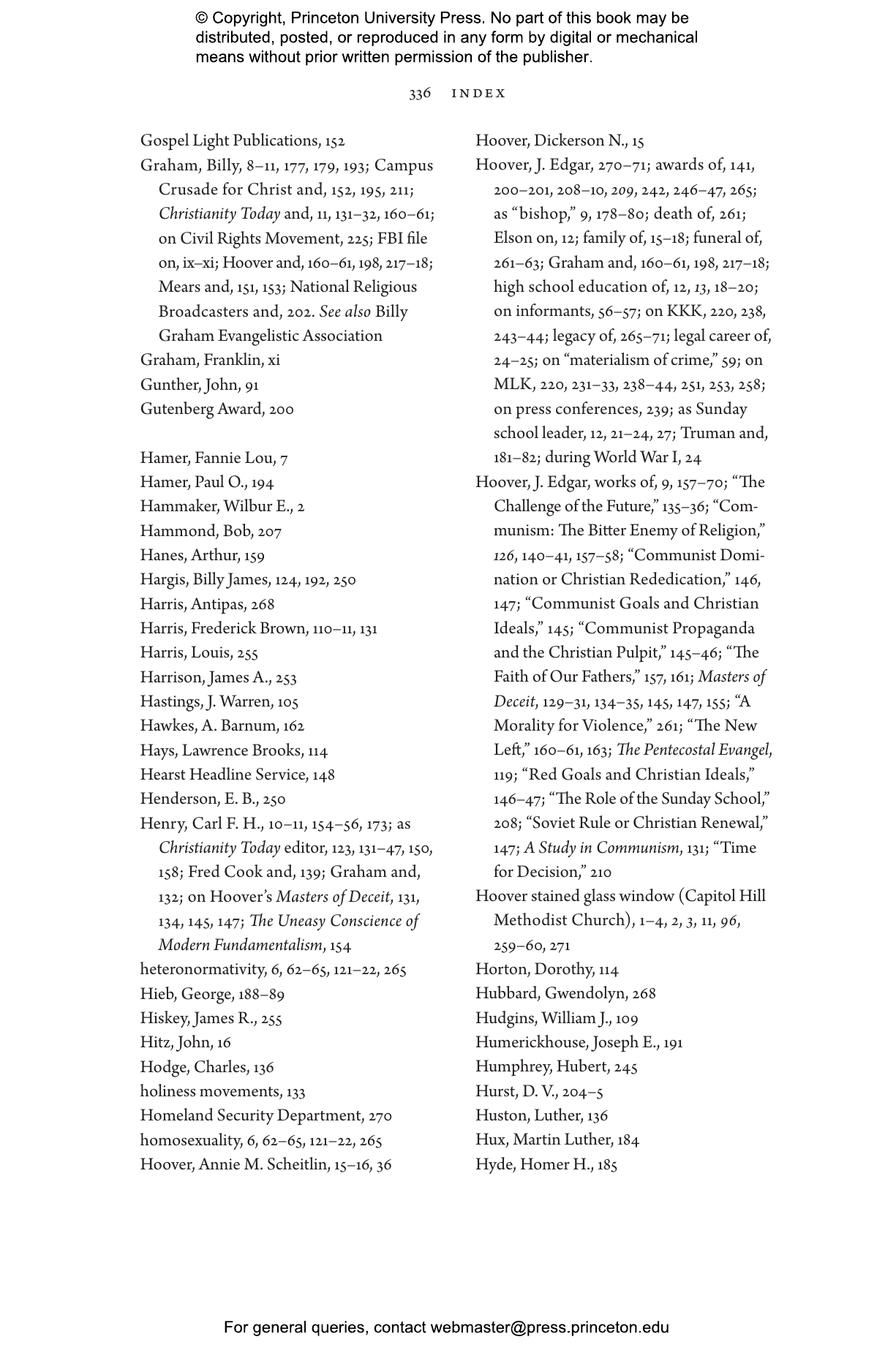 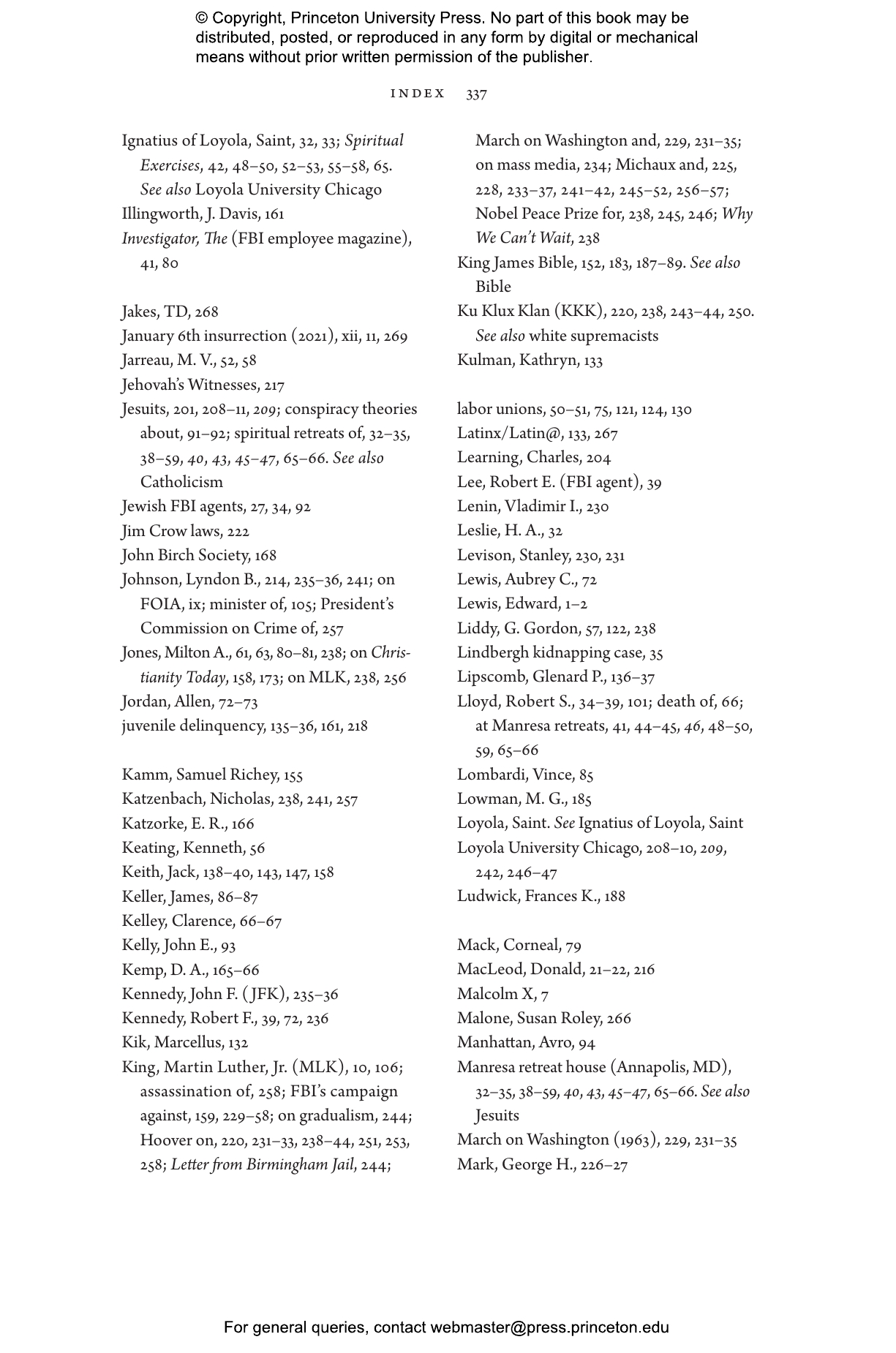 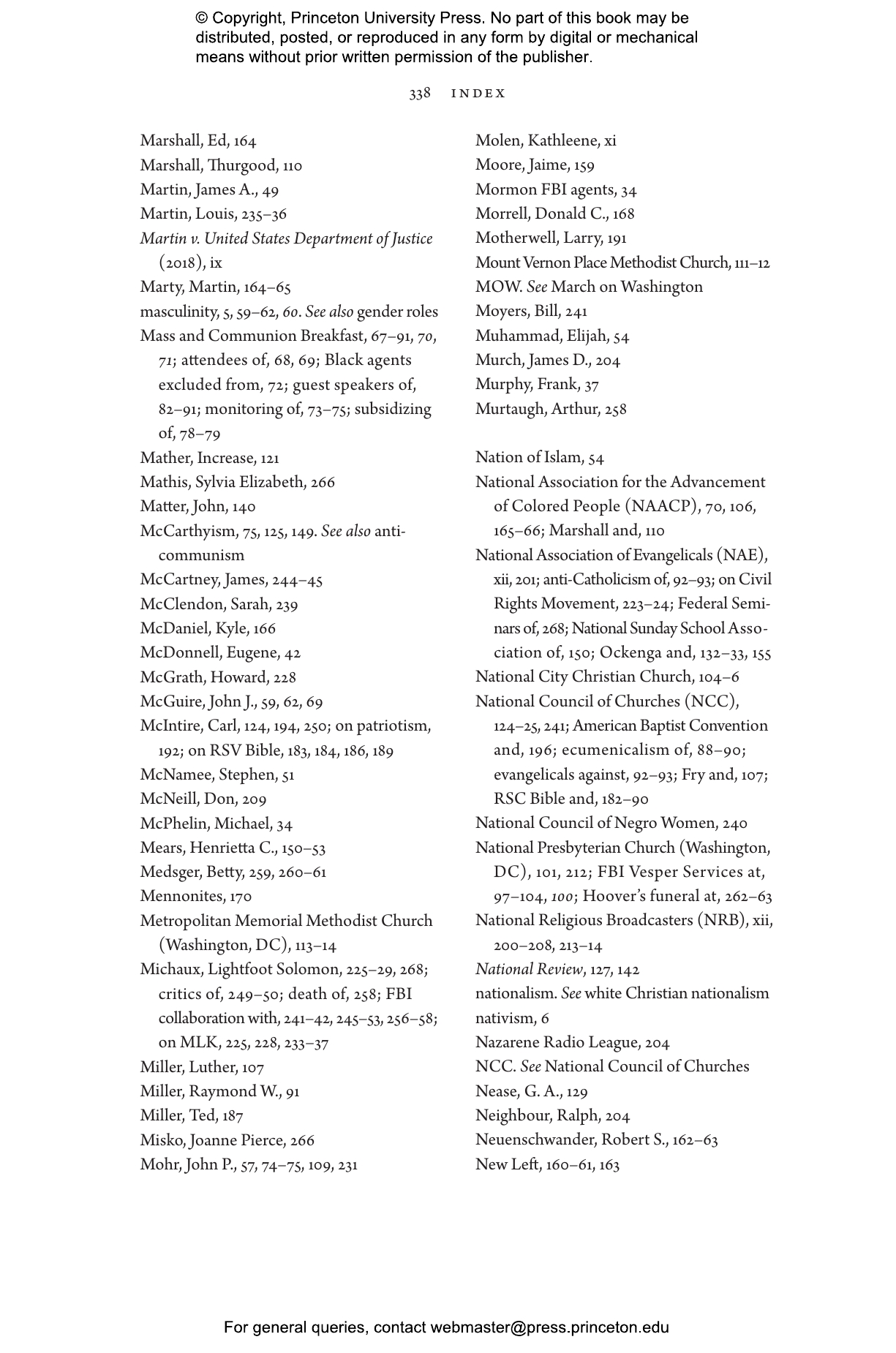 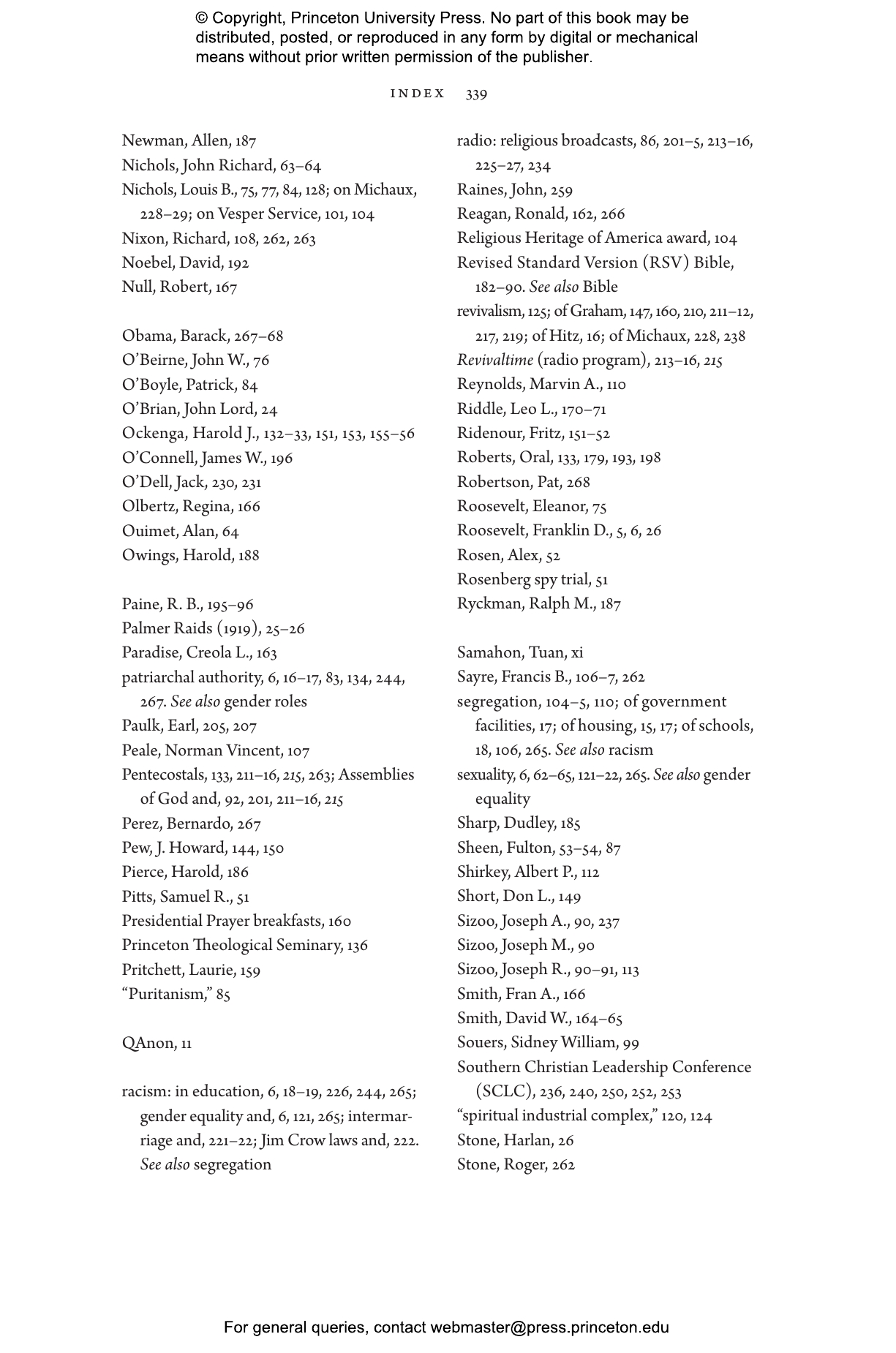 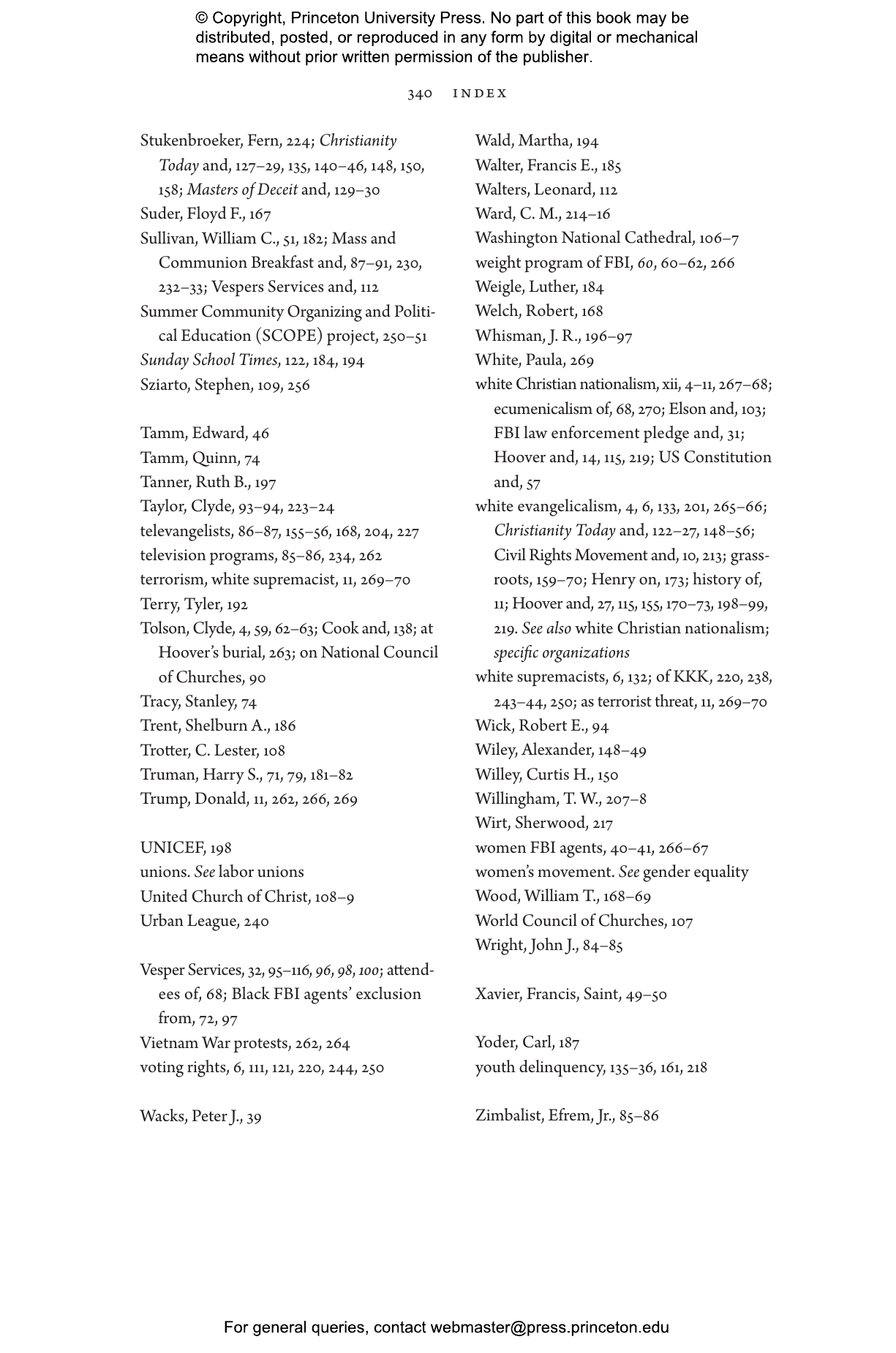 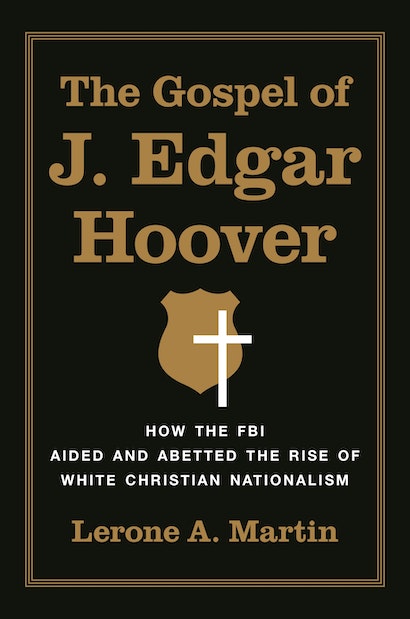 On a Sunday morning in 1966, a group of white evangelicals dedicated a stained glass window to J. Edgar Hoover. The FBI director was not an evangelical, but his Christian admirers anointed him as their political champion, believing he would lead America back to God. The Gospel of J. Edgar Hoover reveals how Hoover and his FBI teamed up with leading white evangelicals and Catholics to bring about a white Christian America by any means necessary.

Lerone Martin draws on thousands of newly declassified FBI documents and memos to describe how, under Hoover’s leadership, FBI agents attended spiritual retreats and worship services, creating an FBI religious culture that fashioned G-men into soldiers and ministers of Christian America. Martin shows how prominent figures such as Billy Graham, Fulton Sheen, and countless other ministers from across the country partnered with the FBI and laundered bureau intel in their sermons while the faithful crowned Hoover the adjudicator of true evangelical faith and allegiance. These partnerships not only solidified the political norms of modern white evangelicalism, they also contributed to the political rise of white Christian nationalism, establishing religion and race as the bedrock of the modern national security state, and setting the terms for today’s domestic terrorism debates.

Taking readers from the pulpits and pews of small-town America to the Oval Office, and from the grassroots to denominational boardrooms, The Gospel of J. Edgar Hoover completely transforms how we understand the FBI, white evangelicalism, and our nation’s entangled history of religion and politics.

“The Gospel of J. Edgar Hoover is a work of rigorous archival research that also manages to be a page-turner. In this riveting narrative, Lerone Martin shows how Christian nationalism, ethnocentrism, and authoritarianism are deeply embedded not only in American evangelicalism, but also in the very fabric of our nation. A commanding and compelling reassessment of twentieth-century American religion.”—Kristin Kobes Du Mez, New York Times–bestselling author of Jesus and John Wayne: How White Evangelicals Corrupted a Faith and Fractured a Nation

“An immensely original account of a crucial aspect of FBI history during the Hoover era. Martin’s analysis of the remarkable depth and extent of Christian clergy support for Hoover’s unbridled reign will surprise and perhaps shock even readers well-familiar with prior scholarship.”—David J. Garrow, Pulitzer Prize–winning author of Bearing the Cross: Martin Luther King, Jr., and the Southern Christian Leadership Conference

“A disturbingly appropriate book for our times, a book about a white Christian force forever determined to bring America back to their God. One only need read the chapter headers to start and never stop turning pages.”—Kenneth O’Reilly, author of “Racial Matters”: The FBI’s Secret File on Black America, 1960–1972

“In this impressive work, Martin reveals how J. Edgar Hoover’s commitment to America as a white Christian nation shaped American politics and religion for much of the twentieth century. This is essential reading for anyone interested in the history of religion in the modern United States.”—Judith Weisenfeld, author of New World A-Coming: Black Religion and Racial Identity during the Great Migration