How grace shaped the Renaissance in Italy 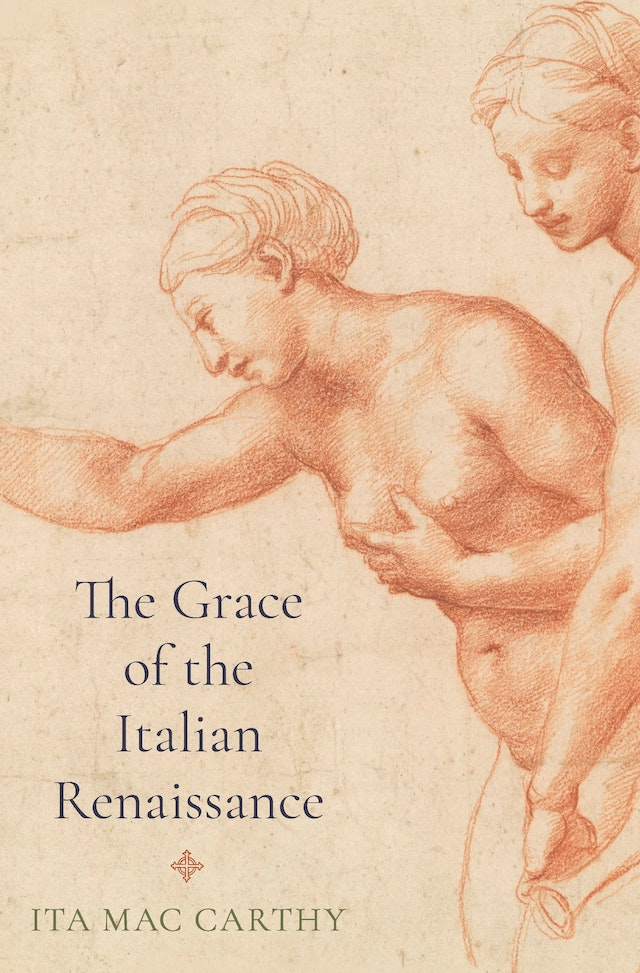 “Grace” emerges as a keyword in the culture and society of sixteenth-century Italy. The Grace of the Italian Renaissance explores how it conveys and connects the most pressing ethical, social and aesthetic concerns of an age concerned with the reactivation of ancient ideas in a changing world. The book reassesses artists such as Francesco del Cossa, Raphael and Michelangelo and explores anew writers like Castiglione, Ariosto, Tullia d’Aragona and Vittoria Colonna. It shows how these artists and writers put grace at the heart of their work.

Grace, Ita Mac Carthy argues, came to be as contested as it was prized across a range of Renaissance Italian contexts. It characterised emerging styles in literature and the visual arts, shaped ideas about how best to behave at court and sparked controversy about social harmony and human salvation. For all these reasons, grace abounded in the Italian Renaissance, yet it remained hard to define. Mac Carthy explores what grace meant to theologians, artists, writers and philosophers, showing how it influenced their thinking about themselves, each other and the world.

Ambitiously conceived and elegantly written, this book portrays grace not as a stable formula of expression but as a web of interventions in culture and society.

Ita Mac Carthy is associate professor of Italian and translation studies in the School of Modern Languages and Cultures at Durham University. Her books include Cognitive Confusions: Dreams, Delusions and Illusions in Early Modern Culture, Renaissance Keywords, and Women and the Making of Poetry in Ariosto's "Orlando furioso".

"Ita Mac Carthy uncovers all sorts of connections at a time in Italy concerned with what might be described as the reactivation of aspects of the classical past, drawing on the writings of Tullia d’Aragona, Ariosto, Vittoria Colonna and others, and exploring works by Francesco del Cossa, Michelangelo and Raphael. Throughout, she puts grace at the centre of things, even though it is notoriously difficult to define, endeavouring to show what it signified at the time, and how it permeated style, behaviour and notions concerning society and even salvation."—James Stevens Curl, Times Higher Education

"Grace, whether in art, life, or the afterlife, stands for something that is infinitely desirable yet not attainable by human effort. Ita Mac Carthy's book sensitively traces this paradoxical and elusive idea through the Italian Renaissance, looking at artists, theologians, and poets alike. Her readings of Raphael, Michelangelo, and Vittoria Colonna, among many others, show how exquisitely close the concerns of sacred and secular can be."—Brian Cummings, University of York

"In this broad-ranging and tightly argued book, Ita Mac Carthy fills in with glorious detail our bare-bones understanding of a foundational concept that shaped the artistic production of the Italian Renaissance."—Kathy Eden, Columbia University

"Mac Carthy demonstrates how grace was one of the forces that forged the Italian Renaissance, helping us to appreciate the significance of grace in all its complexity and see its manifestations in some of the key writers and artists of the time. This is an ambitious and original book."—Martin McLaughlin, University of Oxford