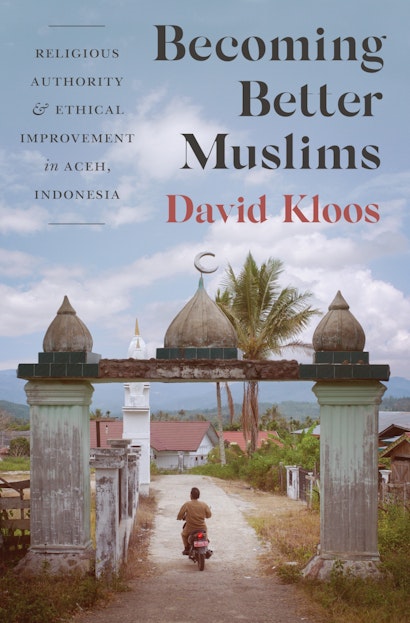 How do ordinary Muslims deal with and influence the increasingly pervasive Islamic norms set by institutions of the state and religion? Becoming Better Muslims offers an innovative account of the dynamic interactions between individual Muslims, religious authorities, and the state in Aceh, Indonesia. Relying on extensive historical and ethnographic research, David Kloos offers a detailed analysis of religious life in Aceh and an investigation into today’s personal processes of ethical formation.

Aceh is known for its history of rebellion and its recent implementation of Islamic law. Debunking the stereotypical image of the Acehnese as inherently pious or fanatical, Kloos shows how Acehnese Muslims reflect consciously on their faith and often frame their religious lives in terms of gradual ethical improvement. Revealing that most Muslims view their lives through the prism of uncertainty, doubt, and imperfection, he argues that these senses of failure contribute strongly to how individuals try to become better Muslims. He also demonstrates that while religious authorities have encroached on believers and local communities, constraining them in their beliefs and practices, the same process has enabled ordinary Muslims to reflect on moral choices and dilemmas, and to shape the ways religious norms are enforced.

Arguing that Islamic norms are carried out through daily negotiations and contestations rather than blind conformity, Becoming Better Muslims examines how ordinary people develop and exercise their religious agency.

David Kloos is a researcher at the Royal Netherlands Institute of Southeast Asian and Caribbean Studies (KITLV) in Leiden.

"Becoming Better Muslims is an important contribution to the study of state-Islam relations in Indonesia and beyond. It is beautifully written and therefore provides easy access to a complex topic."—Michael Buehler, Politics, Religion & Ideology

"In this rich ethnography, David Kloos argues for ways of taking ‘inner' dimensions of Islam seriously, in which the contingencies of everyday living are set in dynamic relation to, rather than as a foil for, long-term projects of religious engagement. These insights speak well beyond the specific context of Aceh to make important contributions to the academic study of Islam, and to current debates in the anthropology of ethics."—R. Michael Feener, Oxford Centre for Islamic Studies

"Becoming Better Muslims is unique in being at once theoretically informed, with its own clear argument to make, and ethnographically superior to many of the anthropological works available on Islam and ethics. Polished and compelling, it will be widely read."—Joel Robbins, University of Cambridge

"Providing an eminently well-balanced historical introduction to Islam and society in Aceh, this comprehensively researched book examines the question of how ordinary Muslims respond to the pervasive efforts of the state and religious establishment to promote more standardized varieties of Islam. Offering a deeply important and novel perspective, Becoming Better Muslims is a major achievement."—Robert W. Hefner, Boston University