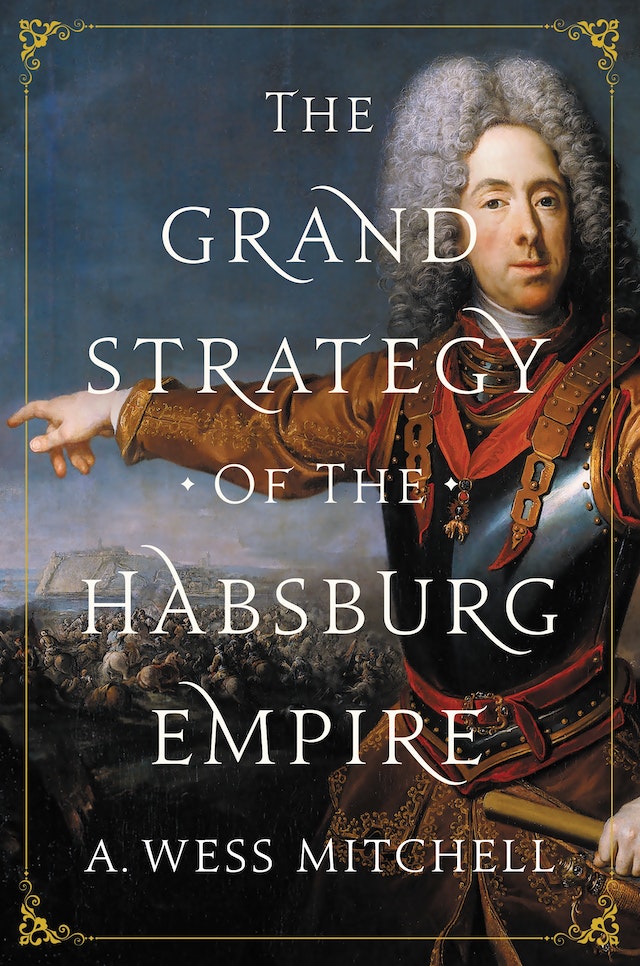 The Empire of Habsburg Austria faced more enemies than any other European great power. Flanked on four sides by rivals, it possessed few of the advantages that explain successful empires. Its army was not renowned for offensive prowess, its finances were often shaky, and its populace was fragmented into more than a dozen ethnicities. Yet somehow Austria endured, outlasting Ottoman sieges, Frederick the Great, and Napoleon. The Grand Strategy of the Habsburg Empire tells the story of how this cash-strapped, polyglot empire survived for centuries in Europe’s most dangerous neighborhood without succumbing to the pressures of multisided warfare.

Taking readers from the War of the Spanish Succession in the early 1700s to the Austro-Prussian War of 1866, A. Wess Mitchell argues that the Habsburgs succeeded not through offensive military power or great wealth but by developing strategies that manipulated the element of time in geopolitical competition. Unable to fight all their enemies at once, the Habsburgs learned to use the limited tools at their disposal—terrain, technology, and treaty allies—to sequence and stagger their conflicts, drive down the costs of empire, and concentrate scarce resources against the greatest threat of the moment. Rarely holding a grudge after war, they played the “long game” in geopolitics, corralling friend and foe alike into voluntarily managing the empire’s lengthy frontiers and extending a benign hegemony across the turbulent lands of middle Europe.

A study in adaptive statecraft, The Grand Strategy of the Habsburg Empire offers lessons on how to navigate a messy geopolitical map, stand firm without the advantage of military predominance, and prevail against multiple rivals.

A. Wess Mitchell is a leading foreign policy expert who formerly served as US Assistant Secretary of State for European and Eurasian Affairs. His books include The Unquiet Frontier: Rising Rivals, Vulnerable Allies, and the Crisis of American Power (Princeton).

"At the hands of A. Wess Mitchell, the Habsburg Empire, so long misunderstood as an empire ‘without qualities,’ receives a compelling and long-overdue analysis of its strategic imperatives and the vital role it played in a Europe that was constantly challenging its very raison d’être."—Richard Bassett, author of, For God and Kaiser: The Imperial Austrian Army, 1619-1918

"In 1914, the Habsburg empire’s fatal combination of belligerence and weakness triggered World War I and, four years later, the empire’s own dissolution. This graceful account of Habsburg diplomacy from 1700 to that fateful moment explains how the empire survived so long: its diplomats dampened threats through minor acts of appeasement, always playing for time."—Andrew Moravcsik, Foreign Affairs

"A very serious work, The Grand Strategy of the Habsburg Empire will prove rewarding reading for those interested in eighteenth and nineteenth Europe or the concept of grand strategy."—A. A. Nofi, Strategy Page

"Mitchell’s work is a triumphant assessment of how the monarchy’s leaders squared ends with means and approached their particularly threatening environment. His work provides excellent analysis of the eighteenth and nineteenth centuries and leaves open interesting lines of questions for the adjoining time periods."—Caleb Karges, War in History

"[A] comprehensive and informative work, which provides a comprehensive analysis of an armed conflict which still suffers from a distorted received narrative within Spanish military historiography."—Beatriz Alonso Acero, International Journal of Military History and Historiography

"The story of the Habsburg Empire, which shaped key episodes of European history for several centuries, is one of endurance and finesse. A gripping and insightful work that yields lessons for statecraft in our own time."—Henry A. Kissinger

"In this very accomplished book, A. Wess Mitchell shows how the Habsburgs successfully managed and outlasted numerous great power challenges across multiple fronts and with limited resources—and how the Habsburg model can usefully inform American strategy today. A worthy contribution to existing literature on the grand strategies of historic great powers."—Colin Dueck, author of The Obama Doctrine: American Grand Strategy Today

"A. Wess Mitchell demonstrates how the Habsburg Empire, a multiethnic power made up of a host of independent polities, managed to endure despite grievous threats on every frontier. It is through the study of exemplary books like Mitchell’s that budding statesmen can learn how to assess our own strategic environment with an eye to long-term security and prosperity."—Paul A. Rahe, author of The Grand Strategy of Classical Sparta: The Persian Challenge

"When I introduced imperial grand strategy as a subject starting with the Romans and later the Byzantines, it was my hope that others would examine the other empires I was most curious about, and this duly happened. It was evident that the Habsburg case would be especially challenging, because the very success of that long-lived empire derived from its exceptional fluidity—good for its survival, but hard to depict systematically. That is the challenge that Mitchell has fully confronted. His book corrects many misconceptions about an empire that still evokes nostalgic musings."—Edward N. Luttwak, author of The Grand Strategy of the Roman Empire

"It has become fashionable to assert that strategy is for amateurs, or that it’s impossible, so that the best we can hope for is rapid adaptation in the face of new challenges. In illuminating and delightfully readable prose, A. Wess Mitchell offers a historically grounded corrective to this line of thinking with a pathbreaking analysis of the grand strategy of the Habsburg Empire."—Jacqueline Deal, CEO of the Long Term Strategy Group

"An extremely important and well-researched book. It represents a major contribution to the study of the Habsburg Empire and statecraft more broadly."—Eliot A. Cohen, author of The Big Stick: The Limits of Soft Power and the Necessity of Military Force

"Outstanding. Mitchell shows how the wily strategic efforts of the Austrian Habsburgs across a range of threatened frontiers offer sound lessons for any power."—Geoffrey Wawro, author of A Mad Catastrophe: The Outbreak of World War I and the Collapse of the Habsburg Empire