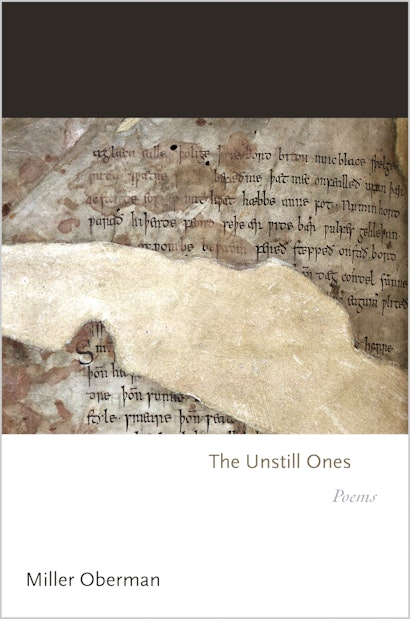 Shaped by Oberman’s scholarly training in poetry, medieval language, translation, and queer theory, these remarkable poems explore sites of damage and transformation, both new and ancient. “Wulf and Eadwacer,” a radical new translation of a thousand-year-old lyric, merges scholarly practice with a queer- and feminist-inspired rendering, while original poems such as “On Trans” draw lyrical connections between multiple processes of change and boundary crossing, from translation to transgender identity. Richly combining scholarly rigor, a finely tuned contemporary aesthetic, and an inventiveness that springs from a deep knowledge of the earliest forms of English, The Unstill Ones marks the emergence of a major new voice in poetry.

Miller Oberman has received a number of awards for his poetry, including a Ruth Lilly Fellowship, a 92Y Discovery Prize, and Poetry magazine’s John Frederick Nims Memorial Prize for Translation. His work has appeared in Poetry, London Review of Books, the Nation, Boston Review, Tin House, and Harvard Review. He lives in Brooklyn, New York. 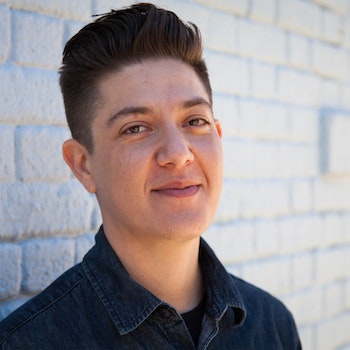 "Oberman beautifully renders a complex and ever-changing knot of temporalities in which past and present overlap and exert force on each other."—Publishers Weekly

"A reflection on the meaning of welcome, this etymologically alert work is calm and joyful. . . . An Old English scholar and translator, Oberman is the sort of poet who hears in the tree of poetry not only the leaves rustling and the branches creaking, but the roots drinking and eating."—Carol Rumens, The Guardian

"Rarely does one read something both so old and, at the same time, so new. Old in the sense that the taproots of these poems reach so deep and so wide, and new in the sense that they often startle with their originality. The poems are immediately understandable, mysterious, and authentic. Miller Oberman has written a book that makes me want to shake his hand, to salute him, and to say, frankly, that these poems and this book fill me with gratitude and joy."—Thomas Lux

"Miller Oberman's magnificent first poetry collection encompasses ageless themes of love, fear, seeking, and finding. He speaks of ‘times trans-shifting,' bodies transitioning, of journeys through light and shade, torment and consolation: the forging of new identities in new words. Among the poems are glorious flashes of gold and garnet, finely wrought Old English verses made to gleam in bold, clear translations. Anglo-Saxon England and postindustrial America call out to one another across the millennia: casting new-old light on graves, ruins, horses, and words themselves. These are poems to keep close by, to share, and to sing out loud."—Carolyne Larrington, University of Oxford