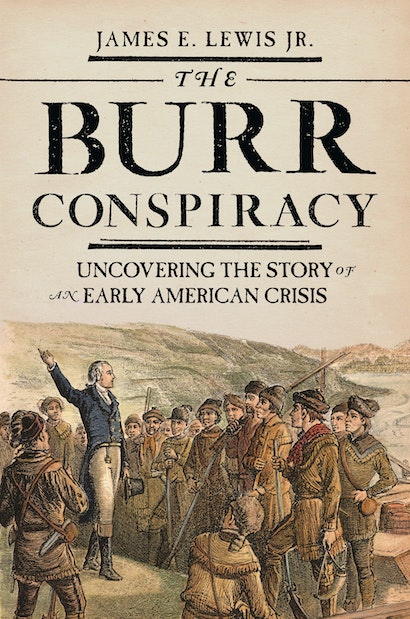 In 1805 and 1806, Aaron Burr, former vice president of the newly formed American republic, traveled through the Trans-Appalachian West gathering support for a mysterious enterprise, for which he was arrested and tried for treason in 1807. This book explores the political and cultural forces that shaped how Americans made sense of the uncertain rumors and reports about Burr’s intentions and movements, and examines what the resulting crisis reveals about their anxieties concerning the new nation’s fragile union and uncertain republic.

Burr was said to have enticed some people with plans to liberate Spanish Mexico, others with promises of land in the Orleans Territory, still others with talk of building a new empire beyond the Appalachian Mountains. The Burr Conspiracy was a cause célèbre of the early republic—with Burr cast as the chief villain of the Founding Fathers—even as the evidence against him was vague and conflicting. Rather than trying to discover the real intentions of Burr or his accusers—Thomas Jefferson foremost among them—James E. Lewis Jr. looks at how differing understandings of the Burr Conspiracy were shaped by everything from partisan politics and biased newspapers to notions of honor and gentility. He also traces the enduring legacy of the stories that were told and accepted during this moment of uncertainty.

The Burr Conspiracy offers a panoramic and multifaceted portrait of the United States at a time when it was far from clear to its people how long it would last.

James E. Lewis Jr. is professor of history at Kalamazoo College. His books include The Louisiana Purchase: Jefferson’s Noble Bargain? and John Quincy Adams: Policymaker for the Union. He lives in Kalamazoo, Michigan. 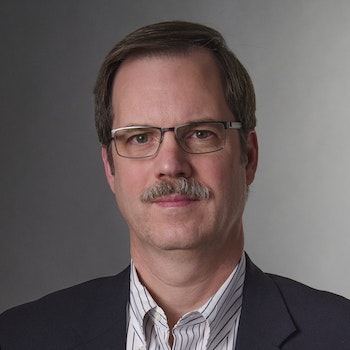 "Were he to read a book, the President of the United States might profit­ably begin with James E. Lewis’s The Burr Conspiracy, an authoritative account of the tortured relationship between intelligence and executive power."—Edward G. Gray, Times Literary Supplement

"Lucid prose and careful notes make this text one that will interest both scholars of early nationalism and readers simply interested in learning more about Burr beyond his famous duel with Alexander Hamilton."—Publishers Weekly

"Lewis contributes to the conversation with a wholly new analysis of the Burr conspiracy that focuses more on the reaction than on the event itself. . . . A meticulously researched, comprehensive analysis essential to early American scholarship."—Library Journal

"Instead of offering his own narrative of the conspiracy, Lewis reconstructs the ‘stories’ Americans told themselves in order to decide what Burr’s aims were, how he succeeded in winning the support of several hundred men who knew about his plans, and what these events said about the stability of republican government in general and the US in particular. . . . No one can doubt Lewis’s diligence as a researcher."—Eric Foner, London Review of Books

"In The Burr Conspiracy, James Lewis . . . provides an exhaustive and informative account of the myriad ways in which Burr’s contemporaries struggled to make sense ‘of swirling rumors and conflicting reports’ about the expedition, Burr’s trial, and its aftermath. . . . Lewis’ splendid book will appeal to readers who enjoy getting into the weeds. It also serves as a cautionary tale for our times."—Tulsa World

"Did Aaron Burr conspire to overthrow the government, dismember the union, or make himself emperor of Mexico? Lewis's compelling history shows how frustrated efforts to answer these questions reflected deep—and amply justified—anxieties about America’s future. The Burr Conspiracy offers a dazzling portrait of the new nation in the grip of a profound existential crisis, and a mirror for our own critical times."—Peter S. Onuf, coauthor of "Most Blessed of the Patriarchs": Thomas Jefferson and the Empire of the Imagination

"An impressive piece of work. Lewis weaves together countless pieces of evidence to tell a tale that goes far beyond the Burr Conspiracy, exploring how Americans at the time made sense of the conspiracy and plumbing the larger implications."—Joanne B. Freeman, author of Affairs of Honor: National Politics in the New Republic

"Lewis has produced a masterful and insightful account of the Burr Conspiracy that brilliantly redirects our focus from the events to the robust spin that participants and observers placed on the episodes from the beginning. By shifting from actions to interpretations, he offers the best take we are likely ever to have on the supposed conspiracy."—Alan Taylor, author of American Revolutions: A Continental History, 1750–1804