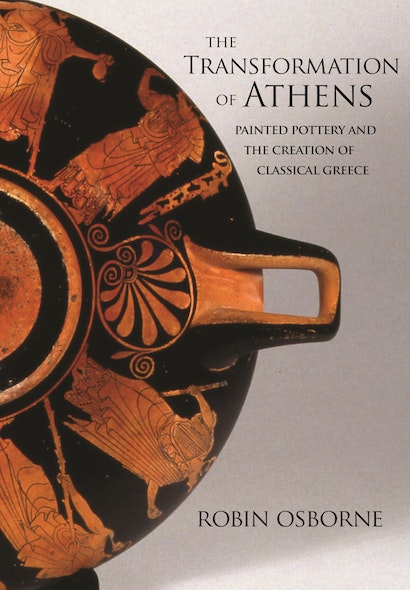 Why did soldiers stop fighting, athletes stop competing, and lovers stop having graphic sex in classical Greek art? The scenes depicted on Athenian pottery of the mid-fifth century BC are very different from those of the late sixth century. Did Greek potters have a different world to see—or did they come to see the world differently? In this lavishly illustrated and engagingly written book, Robin Osborne argues that these remarkable changes are the best evidence for the shifting nature of classical Greek culture.

Osborne examines the thousands of surviving Athenian red-figure pots painted between 520 and 440 BC and describes the changing depictions of soldiers and athletes, drinking parties and religious occasions, sexual relations, and scenes of daily life. He shows that it was not changes in each activity that determined how the world was shown, but changes in values and aesthetics.

By demonstrating that changes in artistic style involve choices about what aspects of the world we decide to represent as well as how to represent them, this book rewrites the history of Greek art. By showing that Greeks came to see the world differently over the span of less than a century, it reassesses the history of classical Greece and of Athenian democracy. And by questioning whether art reflects or produces social and political change, it provokes a fresh examination of the role of images in an ever-evolving world.

Robin Osborne is Professor of Ancient History at the University of Cambridge, where he is also a Fellow of King’s College. His books include Archaic and Classical Greek Art; Greece in the Making, 1200–479 BC; Athens and Athenian Democracy; and The History Written on the Classical Greek Body. 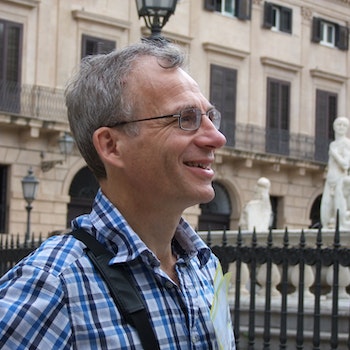 "Osborne’s gifts as an observer of ancient art are beyond dispute. His discussions of the vase scenes he has chosen to explore are filled with the kind of insight that make one inclined to accept any conclusions to which they might lead. His book offers a radically new approach to the Attic vases, one that might even achieve the two grand goals Osborne sets for it: not only to 'rewrite the history of art' but also to 'rewrite history.'"—James Romm, New York Review of Books

"Osborne’s book is original and important, as is its advocacy of a shift away from questions of technique and influence . . . towards attention to subject and manner of representation."—Times Higher Education

"[The Transfomation of Athens] reinstates Athenian pottery to the place it deserves and acknowledges the enormous potential of painted vases to illuminate many areas of Greek culture. . . . This is a lucid, engaging and persuasive book."—Diana Rodríguez Pérez, Burlington Magazine

"This is a highly engaging, persuasive, and original book. Combining rigorous scholarship with clear and lively prose, it almost seamlessly integrates a variety of theories with a more empirical approach."—Jonathan Hall, University of Chicago

"This is the first book to address, in a large-scale way, what vase painting reveals about the ‘social imaginary' of ancient Athens. It finally accounts for the changes in this area of art in a systematic fashion and contextualizes them within the larger history of Greek art."—Kathryn Topper, University of Washington