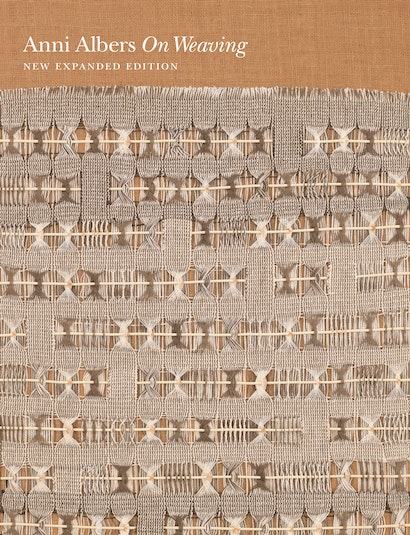 Written by one of the twentieth century’s leading textile artists, this splendidly illustrated book is a luminous meditation on the art of weaving, its history, its tools and techniques, and its implications for modern design. First published in 1965, On Weaving bridges the transition between handcraft and the machine-made, highlighting the essential importance of material awareness and the creative leaps that can occur when design problems are tackled by hand.

With her focus on materials and handlooms, Anni Albers discusses how technology and mass production place limits on creativity and problem solving, and makes the case for a renewed embrace of human ingenuity that is particularly important today. Her lucid and engaging prose is illustrated with a wealth of rare and extraordinary images showing the history of the medium, from hand-drawn diagrams and close-ups of pre-Columbian textiles to material studies with corn, paper, and the typewriter, as well as illuminating examples of her own work.

Now available for a new generation of readers, this expanded edition of On Weaving updates the book’s original black-and-white illustrations with full-color photos, and features an afterword by Nicholas Fox Weber and essays by Manuel Cirauqui and T’ai Smith that shed critical light on Albers and her career.

Anni Albers (1899–1994) was one of the foremost textile artists of the twentieth century; her works are in major museum collections around the world. Nicholas Fox Weber is executive director of The Josef and Anni Albers Foundation and the author of The Bauhaus Group: Six Masters of Modernism. Manuel Cirauqui is curator at the Guggenheim Museum Bilbao in Spain. T’ai Smith is associate professor of art history at the University of British Columbia and the author of Bauhaus Weaving Theory. 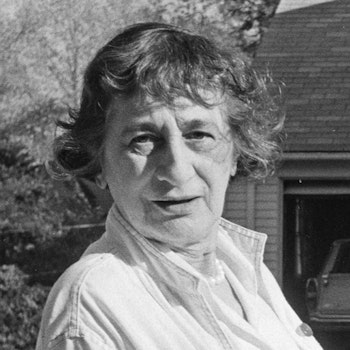 "The chief argument of the book—that the hand-made and mechanically reproduced can happily co-exist—is told visually as well as verbally. . . . [Anni Albers] emerges from the new On Weaving as both a historical figure and a living one."—Charles Darwent, Burlington Magazine

"It is over 50 years since On Weaving was first published in 1965, but in this new edition it is as fresh and inspiring as ever. Indeed, the colour plates alone . . . could furnish hours of contemplation."—Cally Brooker, Journal of Weavers, Spinners and Dyers

"This new edition of On Weaving [is] achingly timely. In an age in which millennials are desperately searching for 'mindfulness' to counter the relentless, bleak news cycle, downloading breathing apps to their phones, and seeking peace in coloring books and knitting, Albers’s celebration of weaving, which forces the weaver to practice a patient and rhythmic meditation, sings to a new generation. . . . The transcultural modernist values and designs of both Anni and Josef Albers still seem fresh and vibrant. . . . By bringing their works to new audiences, making explicit their wide-ranging inspirations, and highlighting the historicity of their seemingly abstract forms [recent exhibitions] and the republication of On Weaving ensure that the Alberses’ legacies will continue to resonate."—Sophie Pitman, West 86th: A Journal of Decorative Arts, Design, History, and Material Culture

"[On Weaving] has luminous simplicity and clarity. . . . [B]y illustrating images that most weavers would regard as quotidian in On Weaving, such as the chequer-board graphics of weave notations, she gave the art world space to make links with other forms of abstraction. By writing with no assumption of a craft audience, Albers was able to announce that weaving was ‘the event of a thread’ and ‘a method of forming a pliable plane of threads by interlacing them rectangularly’, thus allowing all of us to look at the discipline anew."—Tanya Harrod, Apollo

"With enviable clarity, Albers reviews the basics of weaving materials and techniques while threading the history of weaving from Peru and Persia to China, Europe, and beyond. Her emphasis on tactility seems especially urgent today, as she offers the next generation a profound corrective to an increasingly digital monoculture."—Jenny Anger, author of Paul Klee and the Decorative in Modern Art

"On Weaving is a book that one reads again and again for the insightful logic about the meaning of art, and the reasons and methods governing the creation of good design. Anni Albers is perhaps more relevant today than she was during her lifetime."—Virginia Gardner Troy, author of Anni Albers and Ancient American Textiles: From Bauhaus to Black Mountain