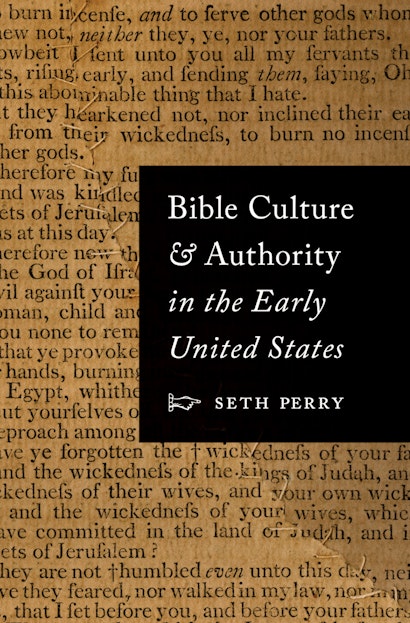 Early Americans claimed that they looked to “the Bible alone” for authority, but the Bible was never, ever alone. Bible Culture and Authority in the Early United States is a wide-ranging exploration of the place of the Christian Bible in America in the decades after the Revolution. Attending to both theoretical concerns about the nature of scriptures and to the precise historical circumstances of a formative period in American history, Seth Perry argues that the Bible was not a “source” of authority in early America, as is often said, but rather a site of authority: a cultural space for editors, commentators, publishers, preachers, and readers to cultivate authoritative relationships.

While paying careful attention to early national bibles as material objects, Perry shows that “the Bible” is both a text and a set of relationships sustained by a universe of cultural practices and assumptions. Moreover, he demonstrates that Bible culture underwent rapid and fundamental changes in the early nineteenth century as a result of developments in technology, politics, and religious life. At the heart of the book are typical Bible readers, otherwise unknown today, and better-known figures such as Zilpha Elaw, Joseph Smith, Denmark Vesey, and Ellen White, a group that includes men and women, enslaved and free, Baptists, Catholics, Episcopalians, Methodists, Mormons, Presbyterians, and Quakers. What they shared were practices of biblical citation in writing, speech, and the performance of their daily lives. While such citation contributed to the Bible’s authority, it also meant that the meaning of the Bible constantly evolved as Americans applied it to new circumstances and identities.

Seth Perry is assistant professor of religion at Princeton University. 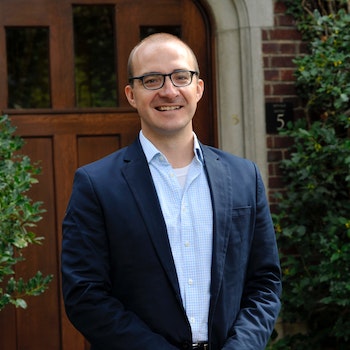 "With its focus on how the Bible was able to serve as a pivotal agent of cultural influence in the early national period, Perry’s groundbreaking study provides much-needed theoretical and methodological templates for all those interested in studying the power of sacred texts in given historical moments."—Paul Gutjahr, Indiana University

"This engaging work shows how the Bible came to stand as an overarching authority in early nineteenth-century America, even as a multitude of competing interpretations and applications of scripture counted as biblical. Perry’s analysis of scripturalization in everyday life adds immensely to our understanding of how evangelical religion became a pillar of American culture."—Amanda Porterfield, author of Corporate Spirit: Religion and the Rise of the Modern Corporation

"Seth Perry makes a singularly creative contribution to what others have shown about the nearly universal appeal to scripture in earlier American history. His book excels by showing that the Protestant ideal of a single authoritative Bible became a fluid reality of contingent bibles whenever women (as well as men), Catholics (as well as Protestants), blacks (as well as whites), and Mormons (as well as the conventionally Christian) quoted, printed, performed, marketed, preached, imitated, or otherwise put the sacred text to use."—Mark A. Noll, author of In the Beginning Was the Word: The Bible in American Public Life, 1492-1783

"This is a smart, sophisticated, and needed book—well-conceived, strongly researched, and clearly argued and written. It brings together careful and deep archival research in the history of the bible in early America with a sharper and more self-conscious theoretical framework—about reading, interpretation, and authority—than any previous scholarship on the topic. Its fundamental idea—that biblical authority is a process produced through ‘the material, the rhetorical, and the performative'—is an important contribution to American religious history."—Matthew S. Hedstrom, University of Virginia

"Perry's essential argument is elegant, compelling, and important. Early national Americans, he argues, used the Bible as an instrument of self-fashioning and for the construction of intersubjective relationships during the unstable period that followed the American Revolution. I will think about the early republic's processes of scripturalization differently and more profitably because of Perry's book. He is one of the most innovative and insightful young scholars working in the early national period today."—David Holland, Harvard Divinity School