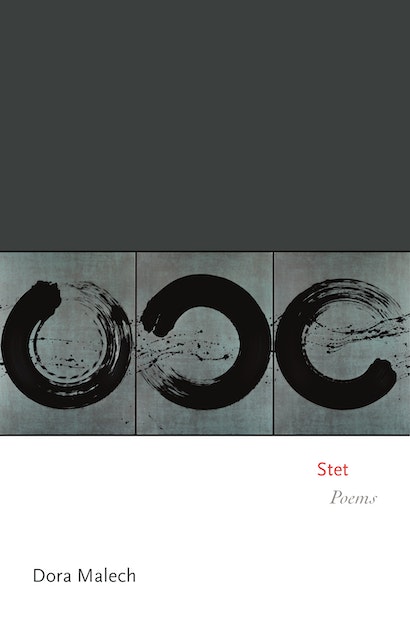 In Stet, poet Dora Malech takes constraint as her catalyst and subject, exploring what it means to make or break a vow, to create art out of a life in flux, to reckon with the body’s bounds, and to arrive at a place where one might bear and care for another life. Tapping the inventive possibilities of constrained forms, particularly the revealing limitations of the anagram, Stet is a work of serious play that brings home the connections and intimacies of language.

“Stet,” from the Latin for “let it stand,” is a proofreading term meaning to retain or return to a previous phrasing. The uncertainty of changes made and then reconsidered haunts Stet as its poems explore what is left unsaid through erasures, redaction, and the limitations of spelling. How does one “go back” on one’s word or “stand by” one’s decisions? Can a life be remade or revised, or is the past forever present as in a palimpsest? Embodying the physicality and reproductive potentiality inherent in the collection’s forms and figures, Stet ends expectantly, not searching for closure but awaiting the messy, living possibilities of what comes next.

Dora Malech is the author of two previous books of poetry, Say So and Shore Ordered Ocean. Her poems have appeared in the New Yorker, Poetry, The Best American Poetry, and many other publications. She is assistant professor in The Writing Seminars at Johns Hopkins University and lives in Baltimore. 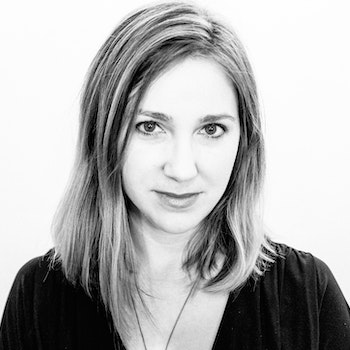 "In Stet, Dora Malech adds a stiff dose of emotional urgency to formal experiment, finding in anagrams, erasures, and Oulipean constraints like the 'beautiful outlaw' a way to advance a continual re-interpretation of deeply felt content. . . . Malech’s effort . . . foregrounds the beauty and power of what form—and the willingness to follow it without knowing the end result—can achieve."—Marcella Durand, Hyperallergic

"[Stet] is a package of dynamite that could go off at any moment—combustible words that separate and come together like a gorgeous debris. They tweak the page with hidden truths made of language and utterances that are puzzle solvers—but what is the puzzle? Perhaps dimensionality on the page that speaks only if you want it. . . . Some pages are electro-pop, some are written by a spirit animal, but Malech’s got pipes, and by God they sing."—Grace Cavalieri, Washington Independent Review of Books

"The poems in Stet often contain a forward and backward movement enacted through language play. In [Malech's] use of anagrams and rhymes, her subtle transpositions of letters from one word to the next . . . she lays bare the process of figuring out what to tell and how to tell it, especially at times when language fails us most. . . . It is play with a purpose, because between the words and white space, 'Sometimes we step into something true.'"—Maya Phillips, American Poets

"In this collection, we see a poet playing with language, cavorting with words and meanings that continue cascading into something else, something new, always metamorphosizing. This sense of play has value: Malech demonstrates her love and admiration for language as she shares poems that are playful, that are musical, and that make us think about words as arrangements of symbols that we ultimately assign meaning to. These poems remind us that poems do not always have to have a clear narrative, and their value is not necessarily in their decipherability."—Despy Boutris, Gulf Coast Magazine

"[A] smart, at times pyrotechnic collection—she structures many of her lines with anagram—that is, like all great poetry, a joy to read aloud."—Spencer Hupp, Sewanee Review

"I was half amazed, half inspired, fully captivated by Malech’s form. Reading this book exposed me to a type of writing I hadn’t considered before, one that sets its own boundaries and breaks them all within one poem."—Sarah Sham, Crashtest

“With anagrammatic swerve, Dora Malech stitches letters into lyric tapestries of cascading metamorphoses. The stunning final series reinvents a Plath poem: poiesis becoming as palpable as the dawning of crystals in dark matter."—Charles Bernstein, author of Pitch of Poetry

"Reader beware: you are handling a book as dangerous as it is delicious. Dora Malech’s passionate constraint—her fervor, her discipline, and her devotion—is exemplary and can be contagious. This collection is one of a kind."—Stephen Yenser, author of Stone Fruit

“Obsessiveness bears with it intensity, and so these taut, fraught poems—strung on strands of anagrams—sear in their double duty to the alphabet and to the demise of a love affair. Part tour de force, part cri de coeur, Stet enacts a transposition: the system of language is given a mutable body while the feverish spirit straps itself to the rigor of patterning. Dora Malech’s feats have made for a knotty and mesmerizing book.”—Susan Wheeler, author of Meme

"If a poem is 'a machine made of words,' here it's broken down to its essential elements, and then built back up in a recombinatory process echoing DNA, and as full of life. Throughout, Malech strikes a vertiginous, Oulipean balance, incredibly tight while utterly winging it. An acrobatic delight!"—Cole Swensen, author of On Walking On