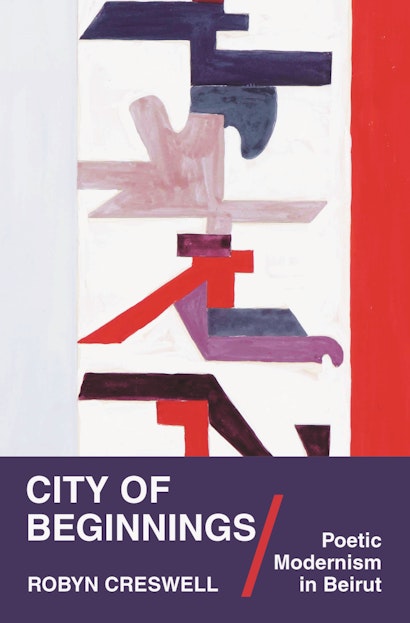 City of Beginnings is an exploration of modernism in Arabic poetry, a movement that emerged in Beirut during the 1950s and became the most influential and controversial Arabic literary development of the twentieth century. Robyn Creswell introduces English-language readers to a poetic movement that will be uncannily familiar—and unsettlingly strange. He also provides an intellectual history of Lebanon during the early Cold War, when Beirut became both a battleground for rival ideologies and the most vital artistic site in the Middle East. Arabic modernism was centered on the legendary magazine Shi‘r (“Poetry”), which sought to put Arabic verse on “the map of world literature.” The Beiruti poets—Adonis, Yusuf al-Khal, and Unsi al-Hajj chief among them—translated modernism into Arabic, redefining the very idea of poetry in that literary tradition. City of Beginnings includes analyses of the Arab modernists’ creative encounters with Ezra Pound, Saint-John Perse, and Antonin Artaud, as well as their adaptations of classical literary forms. The book also reveals how the modernists translated concepts of liberal individualism, autonomy, and political freedom into a radical poetics that has shaped Arabic literary and intellectual debate to this day.

Robyn Creswell is assistant professor of comparative literature at Yale University and a former poetry editor at the Paris Review. His writings have appeared in the New Yorker, the New York Review of Books, and Harper’s Magazine, among many other publications. He is the translator of Abdelfattah Kilito’s The Tongue of Adam and Sonallah Ibrahim’s “That Smell” and “Notes from Prison." 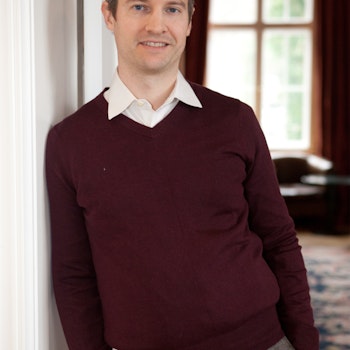 "City of Beginnings offers a plethora of sophisticated and accessible close readings of modernist poetry. Creswell weaves them deftly into the cold war context and the shifting political and cultural struggles of the day. . . . Creswell’s well-researched book will be a yardstick for years to come of how to combine literary criticism and intellectual history of the Arab world."—Jens Hanssen, Journal of Arabic Literature

"Beirut has been overlooked in classic histories of modernism, yet Creswell . . . has remedied this with eloquence and erudition in his study of how a group of exiles, iconoclasts, and émigrés—al-Khal, Adonis, and the Lebanese poet Unsi al-Hajj foremost among them—radically transformed Arabic poetry."—Anna Della Subin, New York Review of Books

"A pleasure to read, both for the lucidity of its prose as for the tacit but evident sympathy of imagination that enlivens it throughout. Creswell’s translations are exact but nuanced. . . . Creswell succeeds admirably in his initial aim. He has set Modernist Beirut firmly on the map."—Eric Ormsby, Etudes Asiatiques

"In this extraordinary and original work, Robyn Creswell combines poetry criticism and intellectual history to produce one of the finest accounts of Arab modernism."—Qussay al-Attabi, International Journal of Middle East Studies

"Robyn Creswell’s new book on Arabic Modernism, City of Beginnings, is half a Cold War thriller starring poets . . . [and] half . . . applied theory. Creswell’s book is worth your time . . . it creates a space for Arabic Modernism in avant-garde poetics departments in English speaking countries."—Devin Kin, Fence Digital

"[Robyn] Creswell’s City of Beginnings is a story of [an] irreverent, incandescent Beirut, of a coterie of young Arabophone writers, cosmopolitan iconoclasts who made [a] Beirut of multiple identities home. . . . To the student of the Middle East, Arabic literature, literary modernism, or Near Eastern intellectual history, this book is a learned, nuanced, and deeply searching guide."—Franck Salameh, Middle East Quarterly

"The best parts of Creswell’s book are when he just describes what’s at stake for Adonis and the other modernists as writers. Creswell knows the underreported Arabic literary history cold and the book’s explainer sections transfix."—Fence

"Robyn Creswell’s City of Beginnings is a threshold and a beginning in the study of Arabic poetry, heralding a creative and erudite approach to the achievements and shortcomings of Arabic modernism."—Arab Studies Journal

"To the student of the Middle East, Arabic literature, literary modernism, or Near Eastern intellectual history, this book is a learned, nuanced, and deeply searching guide."—Middle East Quarterly

“A masterpiece of comparative reading and a gripping story of Cold War culture, City of Beginnings is a fascinating journey into the intellectual life of postwar Beirut and the best account we have of the modernist poetry movement in Arabic. Robyn Creswell shows how the Arab modernists took inspiration from the deepest portions of their literary heritage while also breaking with that tradition in daring fashion—with consequences that are still with us.”—Elias Khoury, author of Gate of the Sun

"In this marvelously nuanced portrait of Arab literary modernism in Beirut, Robyn Creswell illuminates the still-resonant debates over engagement and freedom, modernity and tradition, nationalism and internationalism. His insights into autonomy, genre, translation, and Adonis are winningly lucid, eloquent, and compelling. Whether you’re interested in poetry, global modernisms, Arabic literature, or all of the above, read this book."—Jahan Ramazani, editor of The Cambridge Companion to Postcolonial Poetry

"City of Beginnings is a trailblazing work of literary scholarship. With sympathy and erudition that are unique among American critics, Creswell analyzes Arabic modernism in its own terms, while situating it precisely within the dynamics of the cultural Cold War. He excavates a fascinating history and makes it relevant to our own moment."—Iman Mersal, University of Alberta

“City of Beginnings is a very important book. Robyn Creswell shows why poetry was at the heart of Arab thought and politics during the Cold War. In prose engaging and clear, he offers exquisite close readings and takes up the key moments of this history with masterful economy and deep erudition. Remarkable.”—Elliott Colla, Georgetown University

“City of Beginnings is an original and much-needed study of literary modernism in Beirut in the decades between the Second World War and the Lebanese Civil War. Creswell challenges breezy generalizations about modernism as a universal literary mode that are often made based almost entirely on Anglophone materials. A great accomplishment.”—Aamir R. Mufti, University of California, Los Angeles