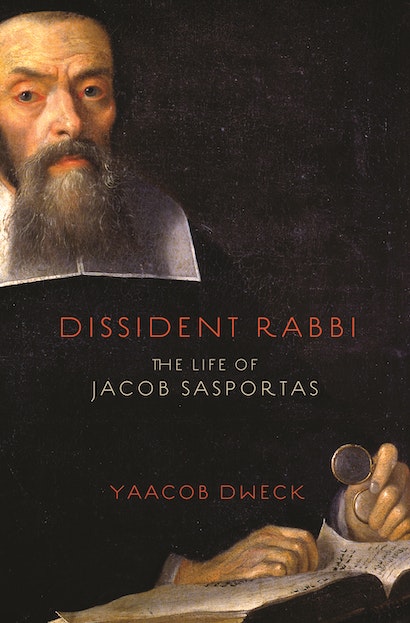 In 1665, Sabbetai Zevi, a self-proclaimed Messiah with a mass following throughout the Ottoman Empire and Europe, announced that the redemption of the world was at hand. As Jews everywhere rejected the traditional laws of Judaism in favor of new norms established by Sabbetai Zevi, and abandoned reason for the ecstasy of messianic enthusiasm, one man watched in horror. Dissident Rabbi tells the story of Jacob Sasportas, the Sephardic rabbi who alone challenged Sabbetai Zevi’s improbable claims and warned his fellow Jews that their Messiah was not the answer to their prayers.

Yaacob Dweck’s absorbing and richly detailed biography brings to life the tumultuous century in which Sasportas lived, an age torn apart by war, migration, and famine. He describes the messianic frenzy that gripped the Jewish Diaspora, and Sasportas’s attempts to make sense of a world that Sabbetai Zevi claimed was ending. As Jews danced in the streets, Sasportas compiled The Fading Flower of the Zevi, a meticulous and eloquent record of Sabbatianism as it happened. In 1666, barely a year after Sabbetai Zevi heralded the redemption, the Messiah converted to Islam at the behest of the Ottoman sultan, and Sasportas’s book slipped into obscurity.

Dissident Rabbi is the revelatory account of a spiritual leader who dared to articulate the value of rabbinic doubt in the face of messianic certainty, and a revealing examination of how his life and legacy were rediscovered and appropriated by later generations of Jewish thinkers.

Yaacob Dweck is associate professor of history and Judaic studies at Princeton University. He is the author of The Scandal of Kabbalah: Leon Modena, Jewish Mysticism, Early Modern Venice (Princeton).

"Dweck’s new book is not merely another study of the Sabbatian affair; it canvasses seventeenth-century Sephardic diaspora, rabbinic epistemology and the crises between them, a crisis of which Sasportas’ anti-Sabbatian campaign was only an external manifestation."—Zvi Kunshtat, Studia Rosenthaliana

"Dweck has reclaimed the figure and the person of Sasportas while also viewing his subject as a creation of his opponents during his lifetime and, more crucially, of a raft of influential Jewish thinkers in the centuries that followed. This book is a triumph."—Elisheva Carlebach, author of Palaces of Time: Jewish Calendar and Culture in Early Modern Europe

"Dweck provides an exceptionally rich and truly brilliant interpretation not only of Sasportas's confrontation with the Sabbatian movement but also of the various contexts in which to situate the development of his ideas at every stage of his life."—Ada Rapoport-Albert, author of Women and the Messianic Heresy of Sabbatai Zevi, 1666–1816