How slave emancipation transformed capitalism in the United States and Brazil

In the nineteenth century, the United States and Brazil were the largest slave societies in the Western world. The former enslaved approximately four million people, the latter nearly two million. Slavery was integral to the production of agricultural commodities for the global market, and governing elites feared the system’s demise would ruin their countries. Yet, when slavery ended in the United States and Brazil, in 1865 and 1888 respectively, what resulted was immediate and continuous economic progress. In American Mirror, Roberto Saba investigates how American and Brazilian reformers worked together to ensure that slave emancipation would advance the interests of capital.

Saba explores the methods through which antislavery reformers fostered capitalist development in a transnational context. From the 1850s to the 1880s, this coalition of Americans and Brazilians—which included diplomats, engineers, entrepreneurs, journalists, merchants, missionaries, planters, politicians, scientists, and students, among others—consolidated wage labor as the dominant production system in their countries. These reformers were not romantic humanitarians, but cosmopolitan modernizers who worked together to promote labor-saving machinery, new transportation technology, scientific management, and technical education. They successfully used such innovations to improve production and increase trade.

Challenging commonly held ideas about slavery and its demise in the Western Hemisphere, American Mirror illustrates the crucial role of slave emancipation in the making of capitalism. 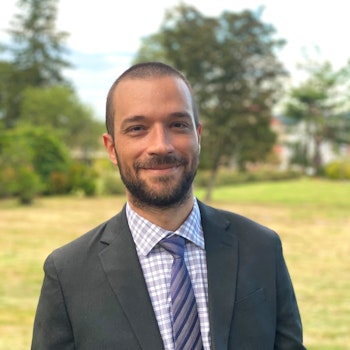 "With stylish prose and great persuasive force, American Mirror analyzes the international political economy that drew together Brazilian slaveholders and Northern US antislavery businessmen in the mid-nineteenth century. This is a remarkable and remarkably accessible work, one that historians of the Americas will need to reckon with and that transnational historians should learn from."—Gregory P. Downs, University of California, Davis

"Ambitious and beautifully executed, American Mirror shows that gradual emancipation in Brazil grew as a project involving Brazilian coffee planters, antislavery activists, and American capital. It does something no other work has attempted: it traces the triumph of free labor in the two largest slaveholding nations in the Western hemisphere. This rigorously researched and pathbreaking book is filled with uncommonly rich insights."—Thavolia Glymph, Duke University

"This provocative book brings out fresh views of the historical relationship between the United States and Brazil, and in particular, these nations' entangled histories of slavery, emancipation, and capitalism. Notably, American Mirror raises the bar on the depth and familiarity that scholars of U.S. history should have with other parts of the world."—Celso Thomas Castilho, Vanderbilt University