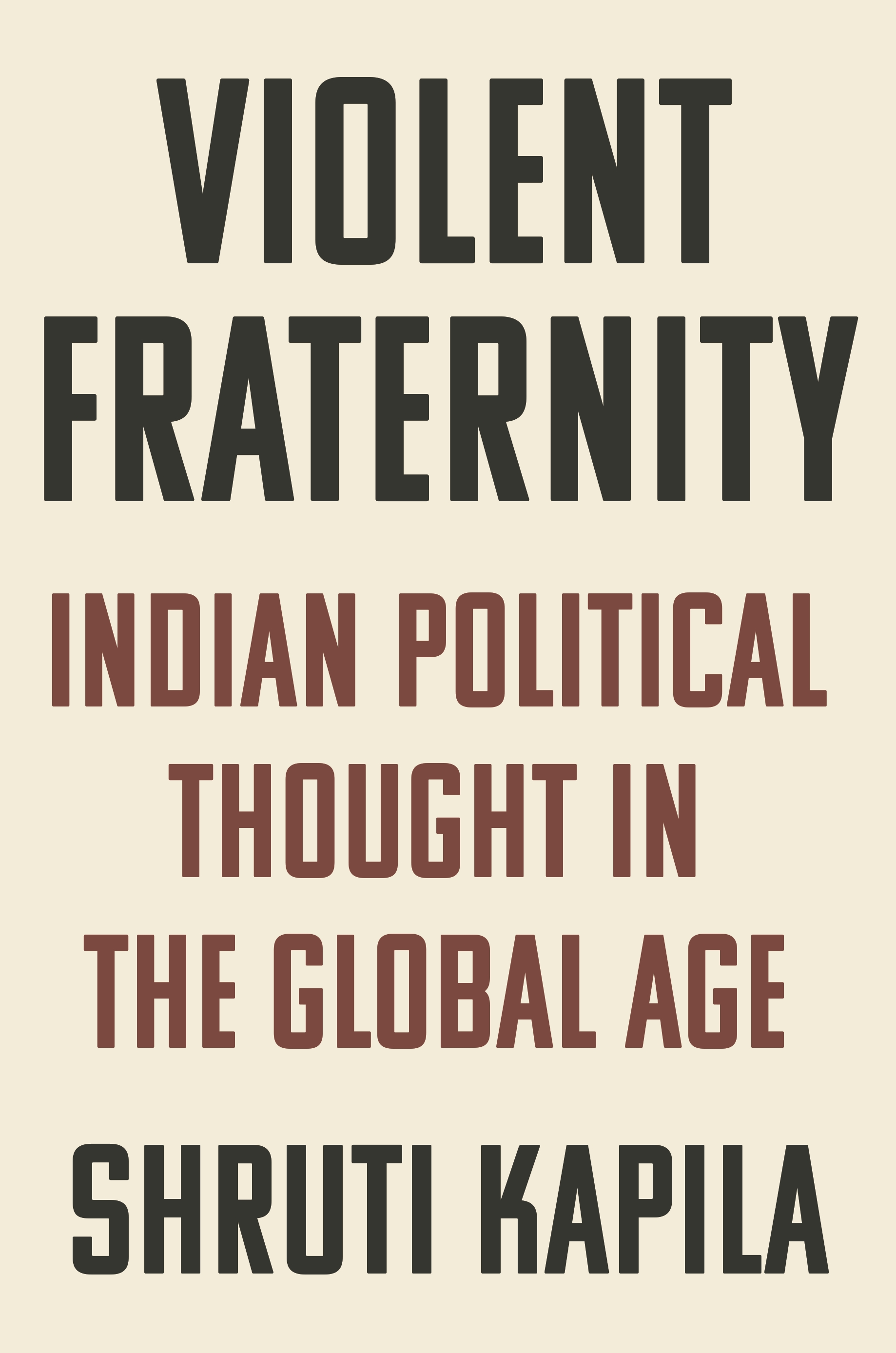 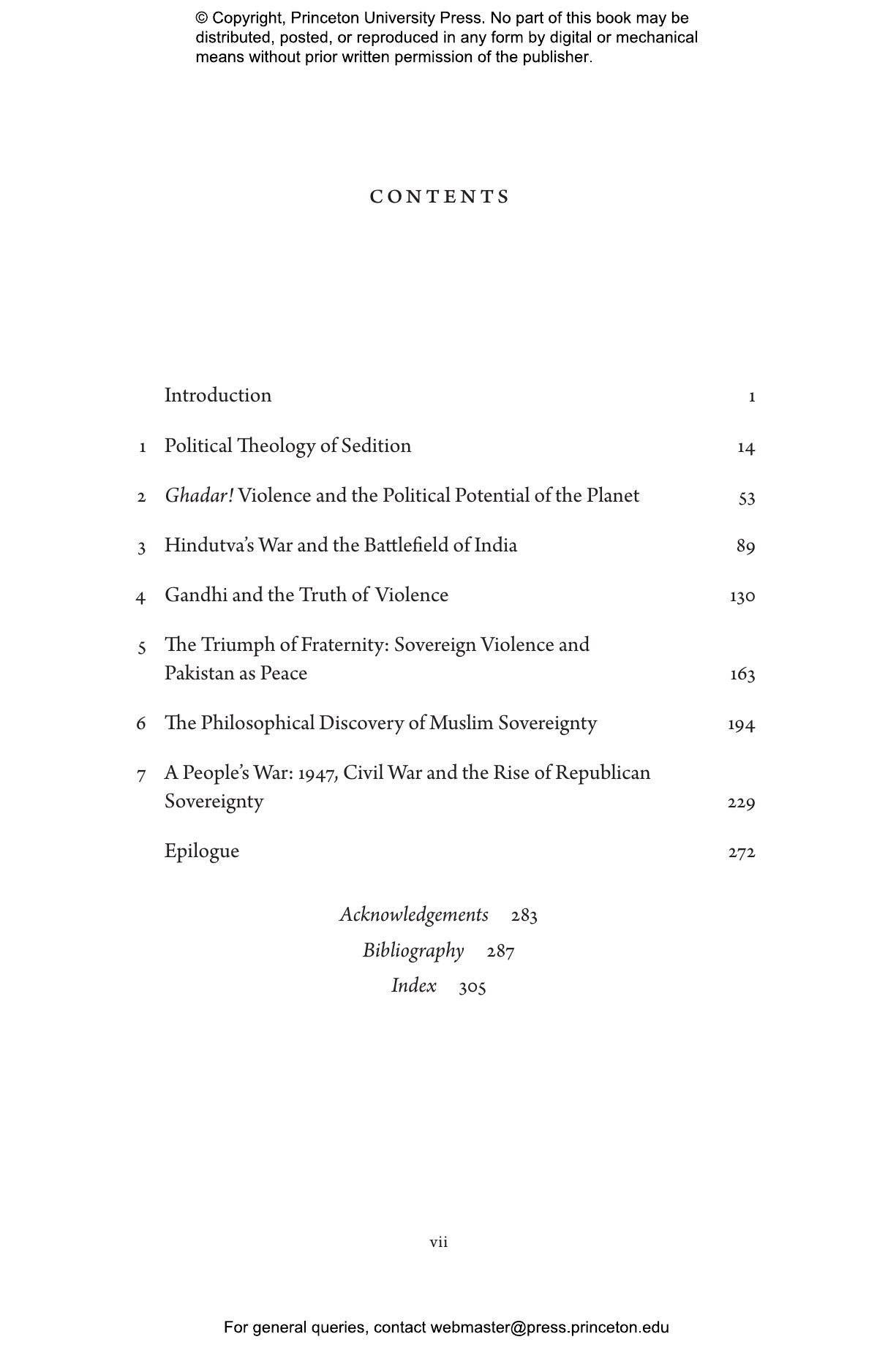 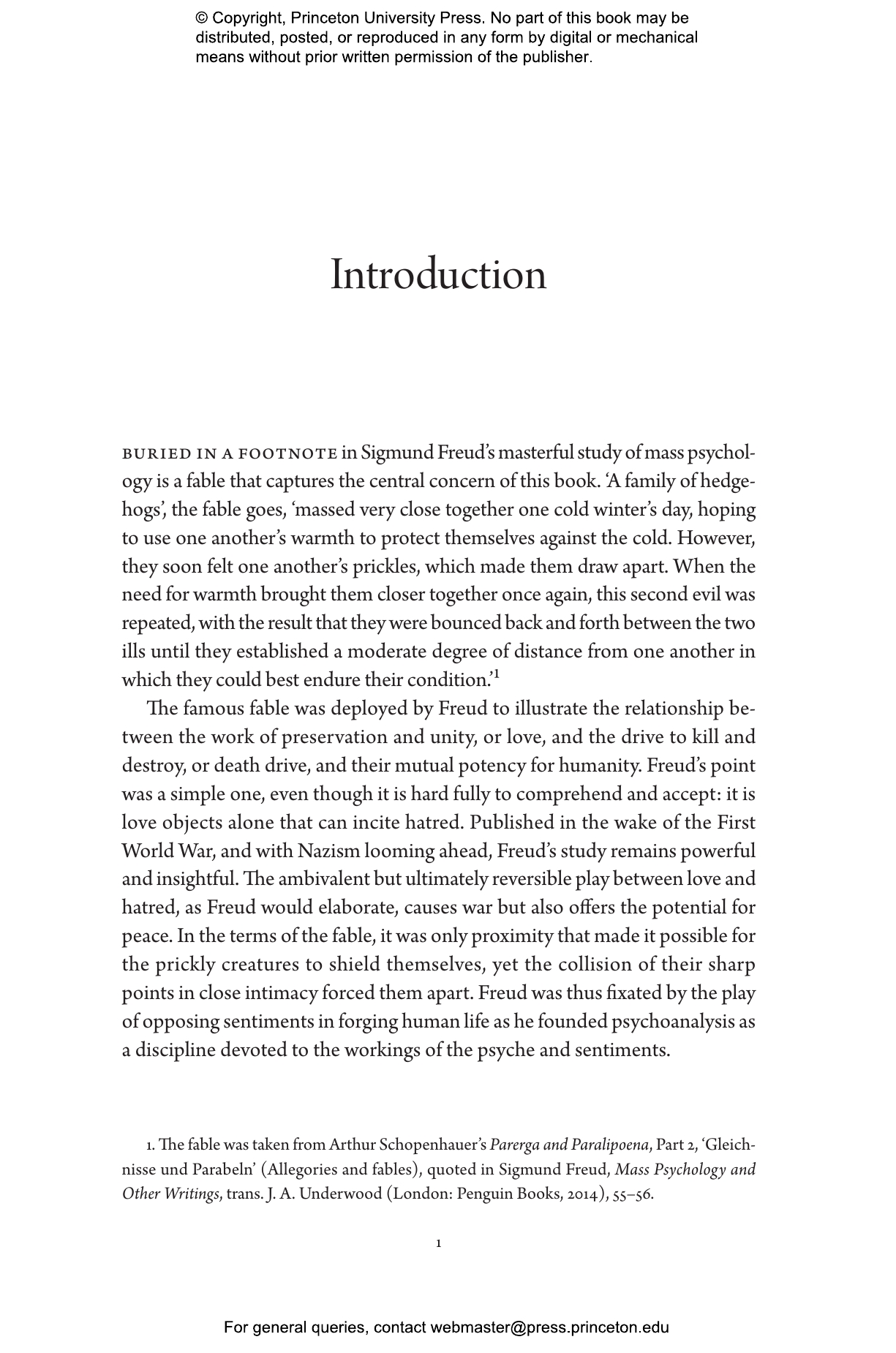 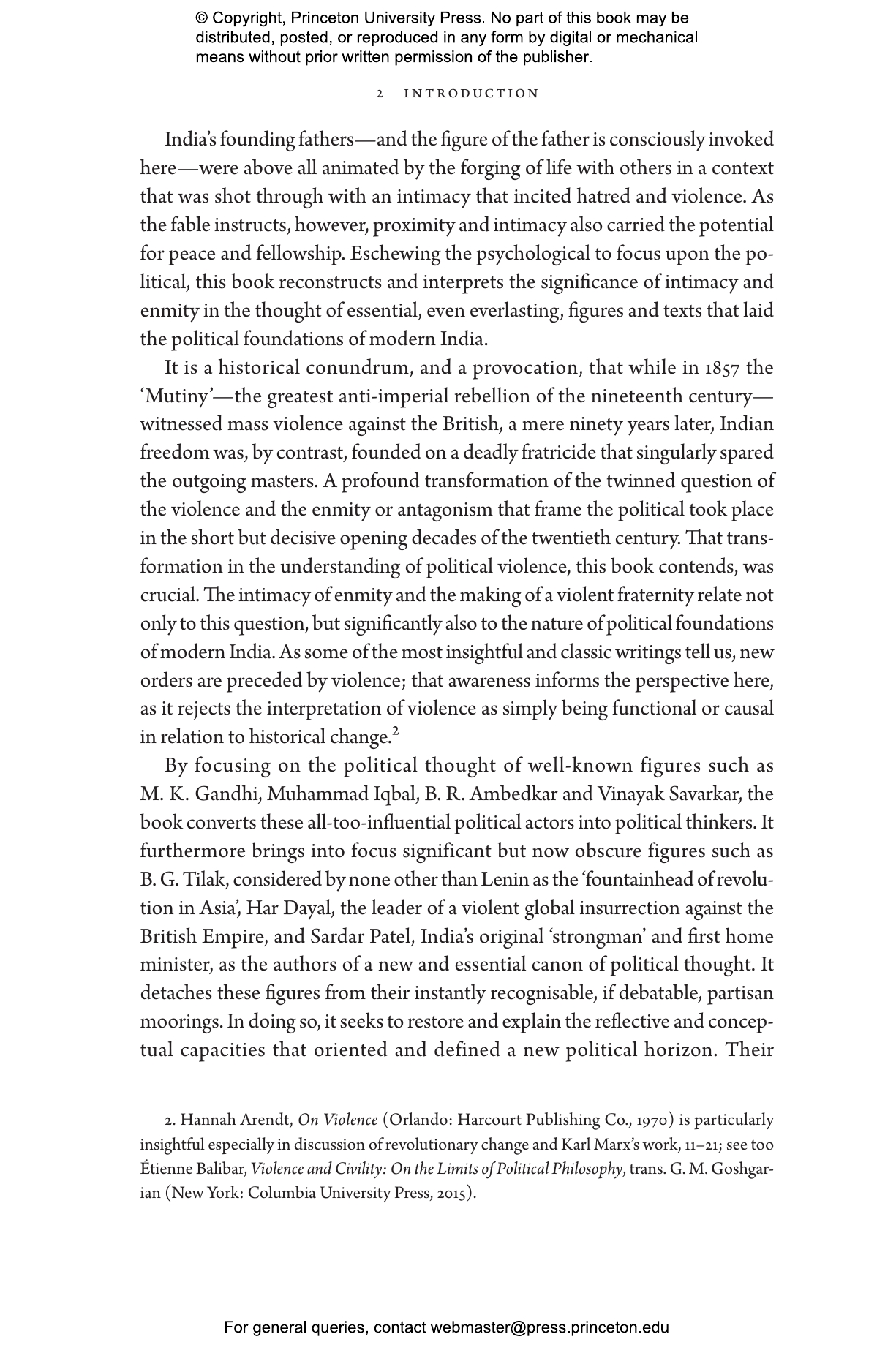 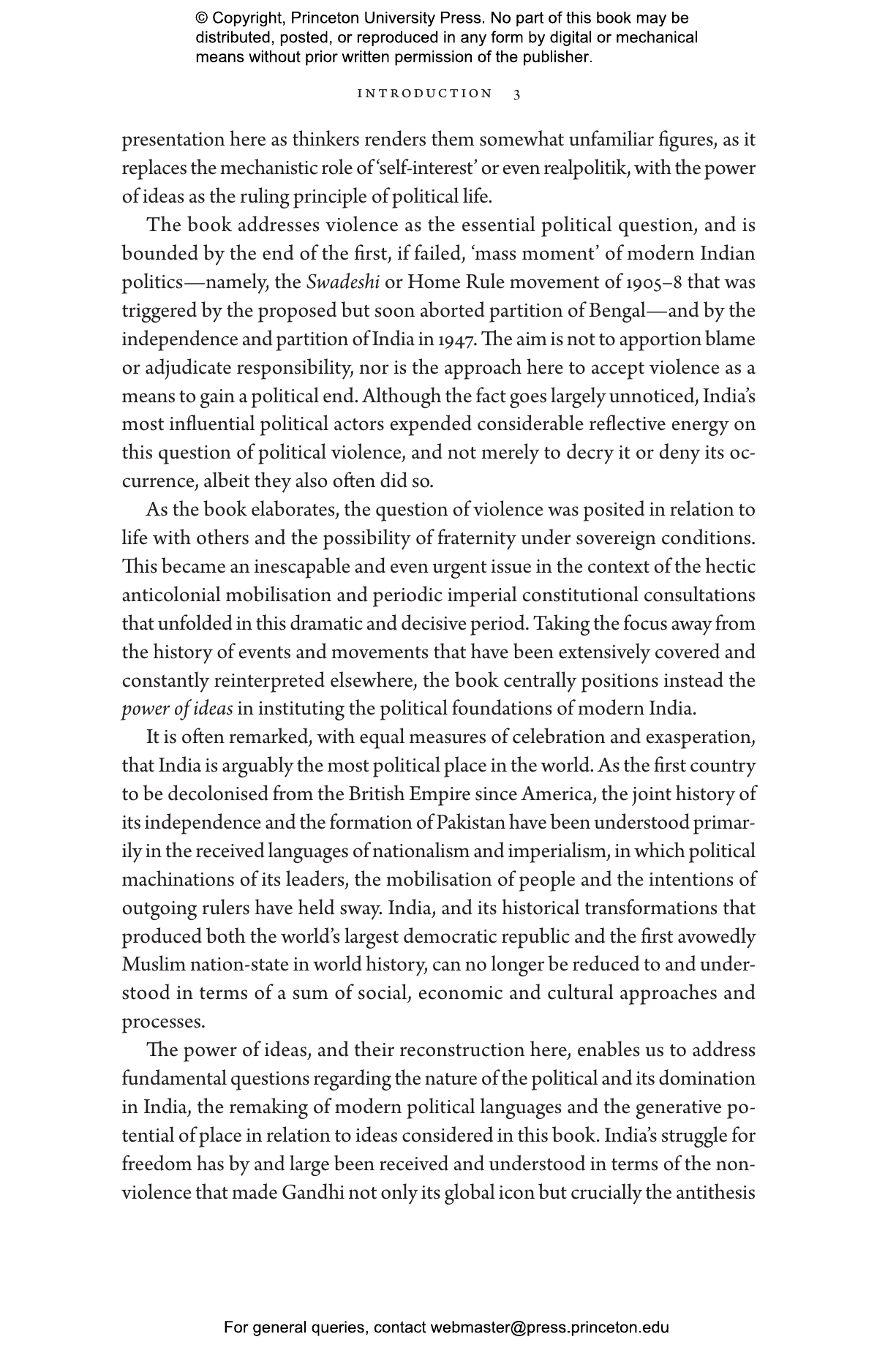 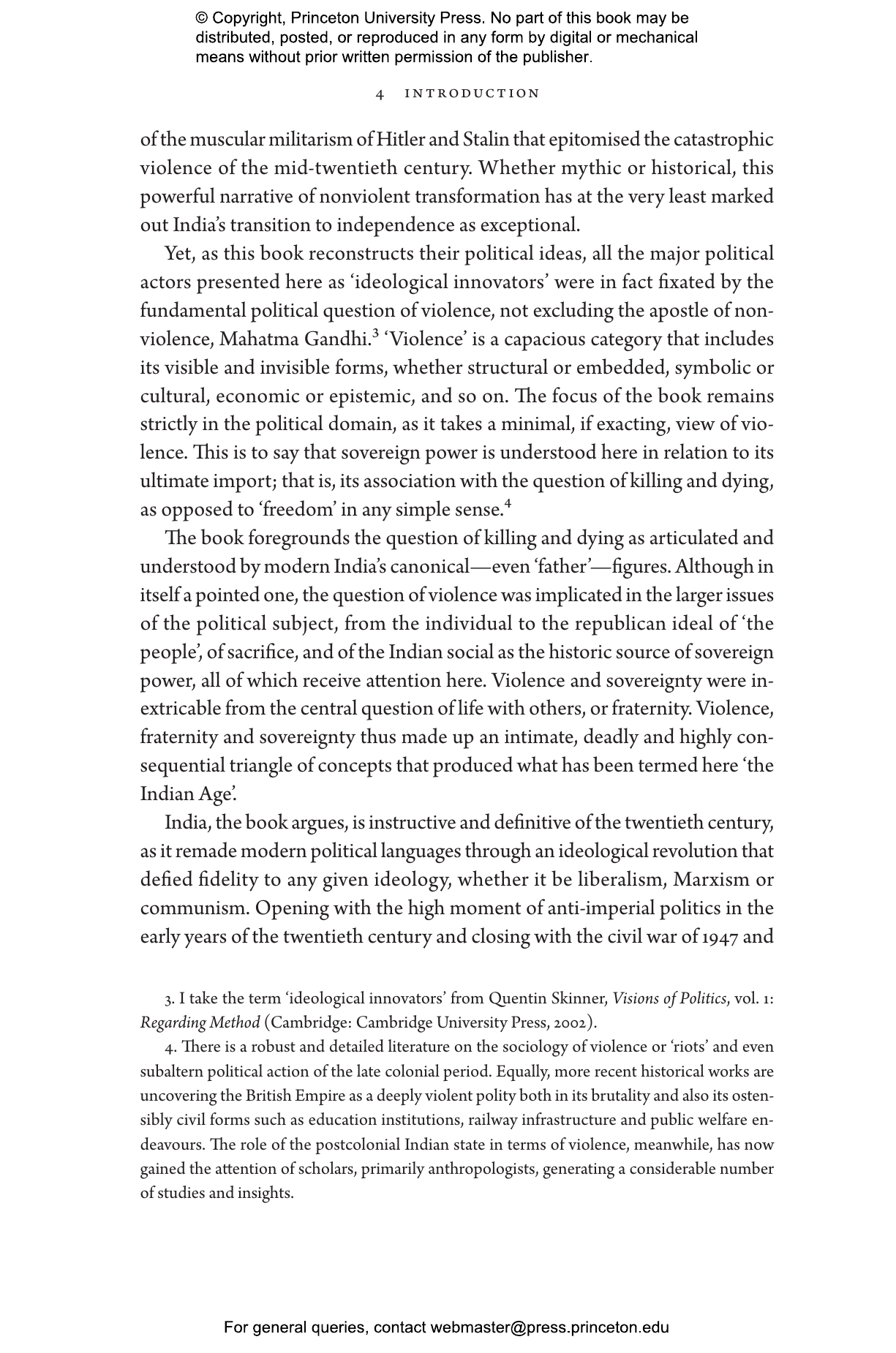 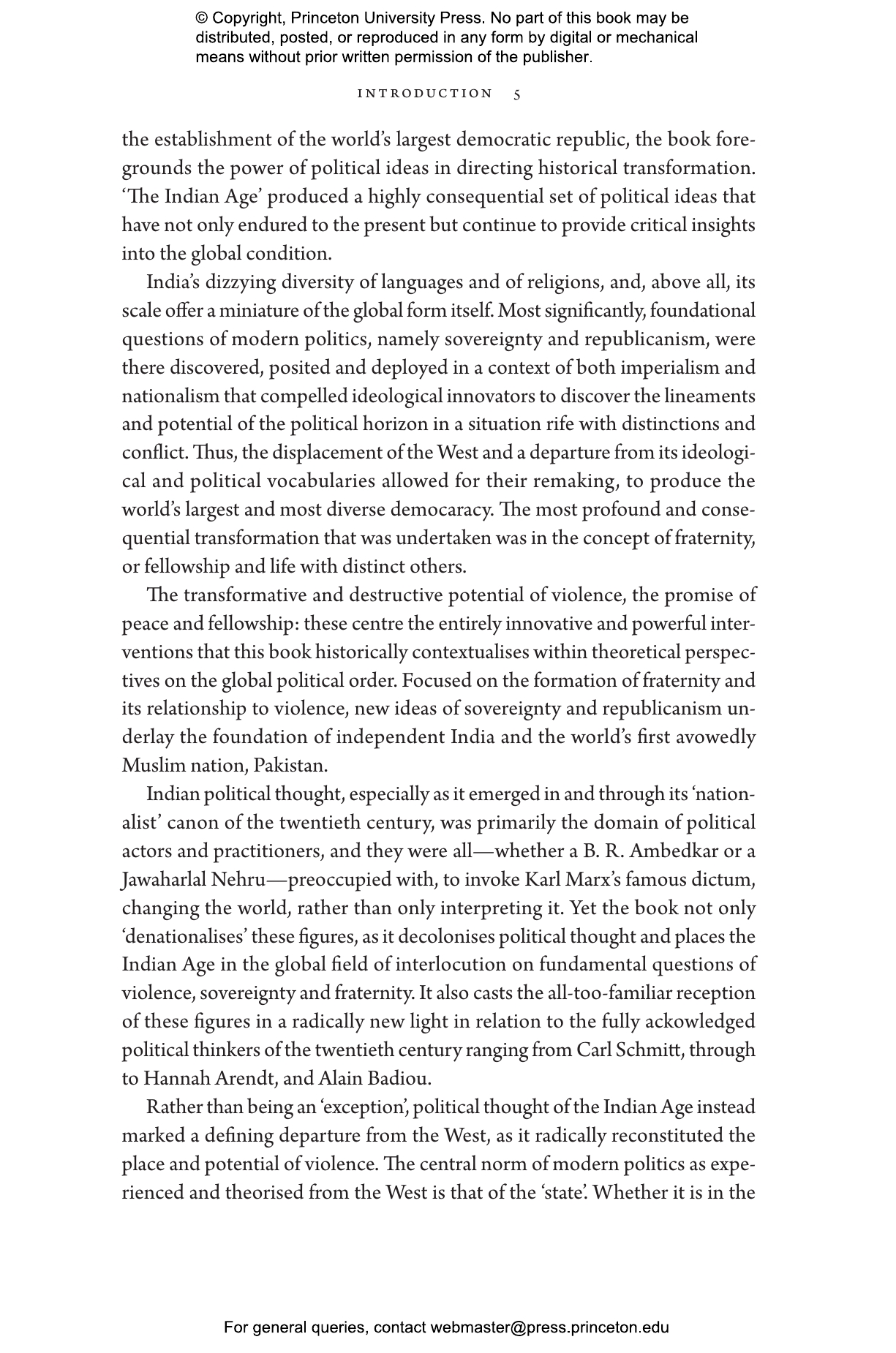 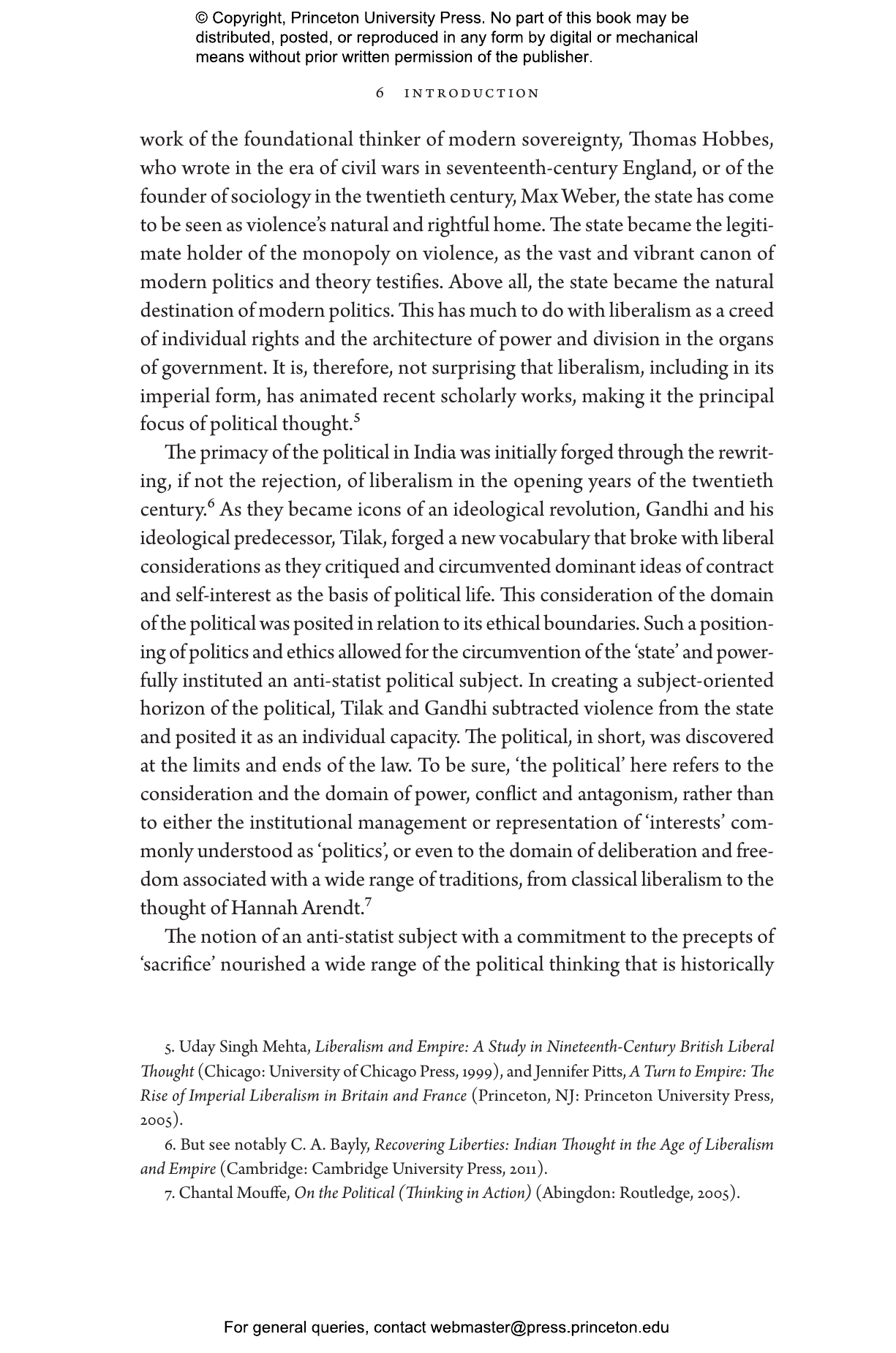 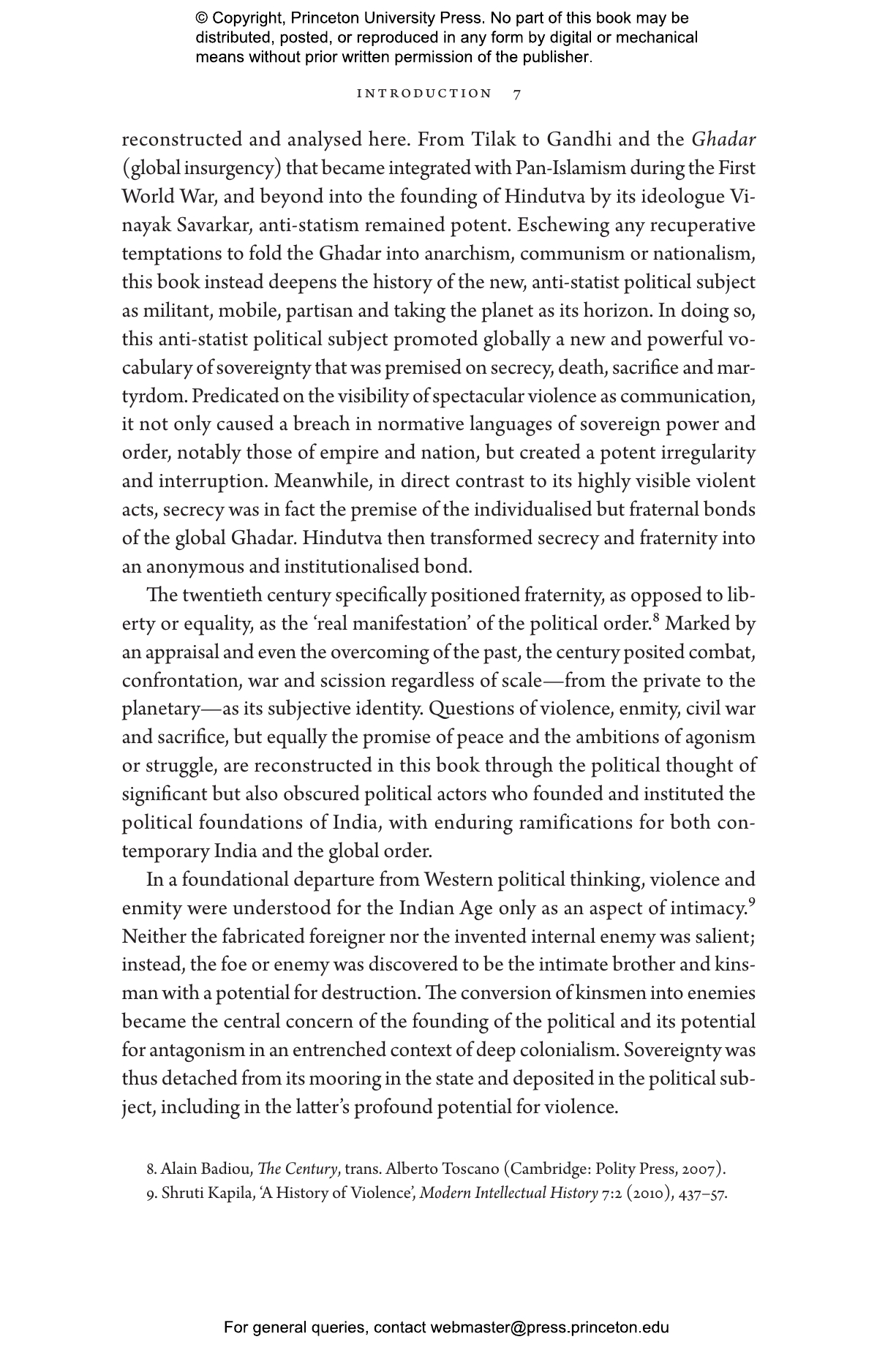 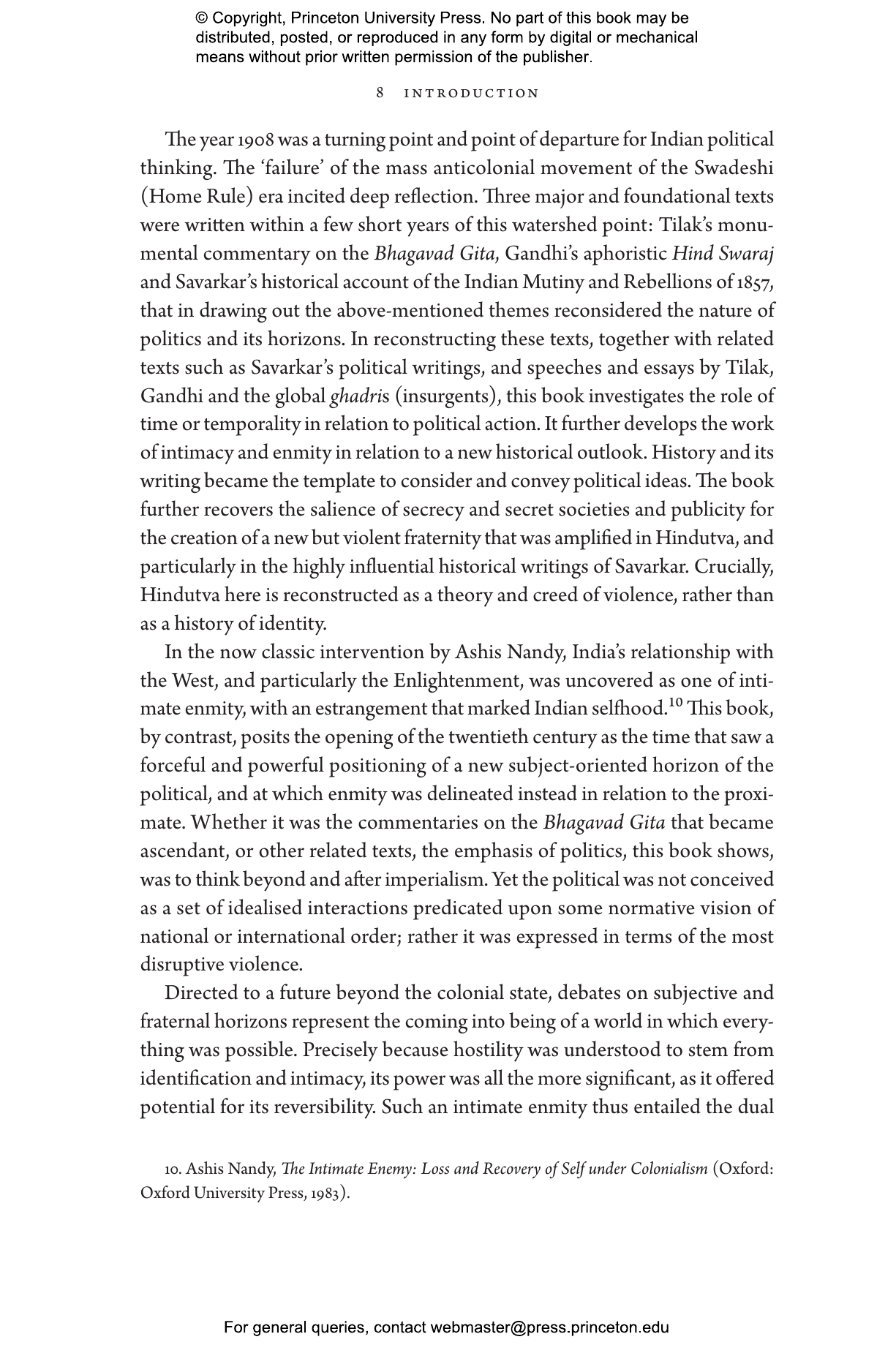 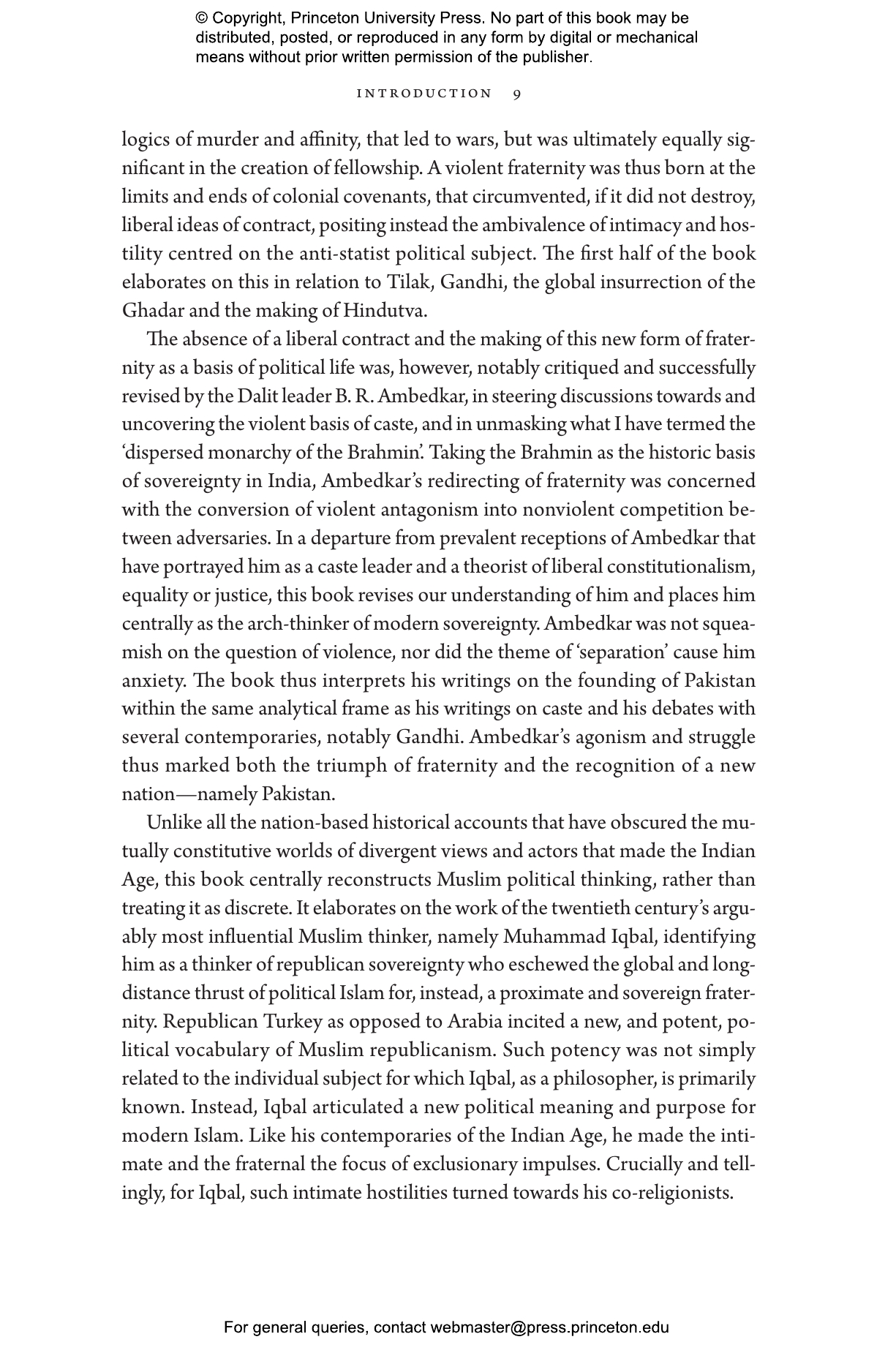 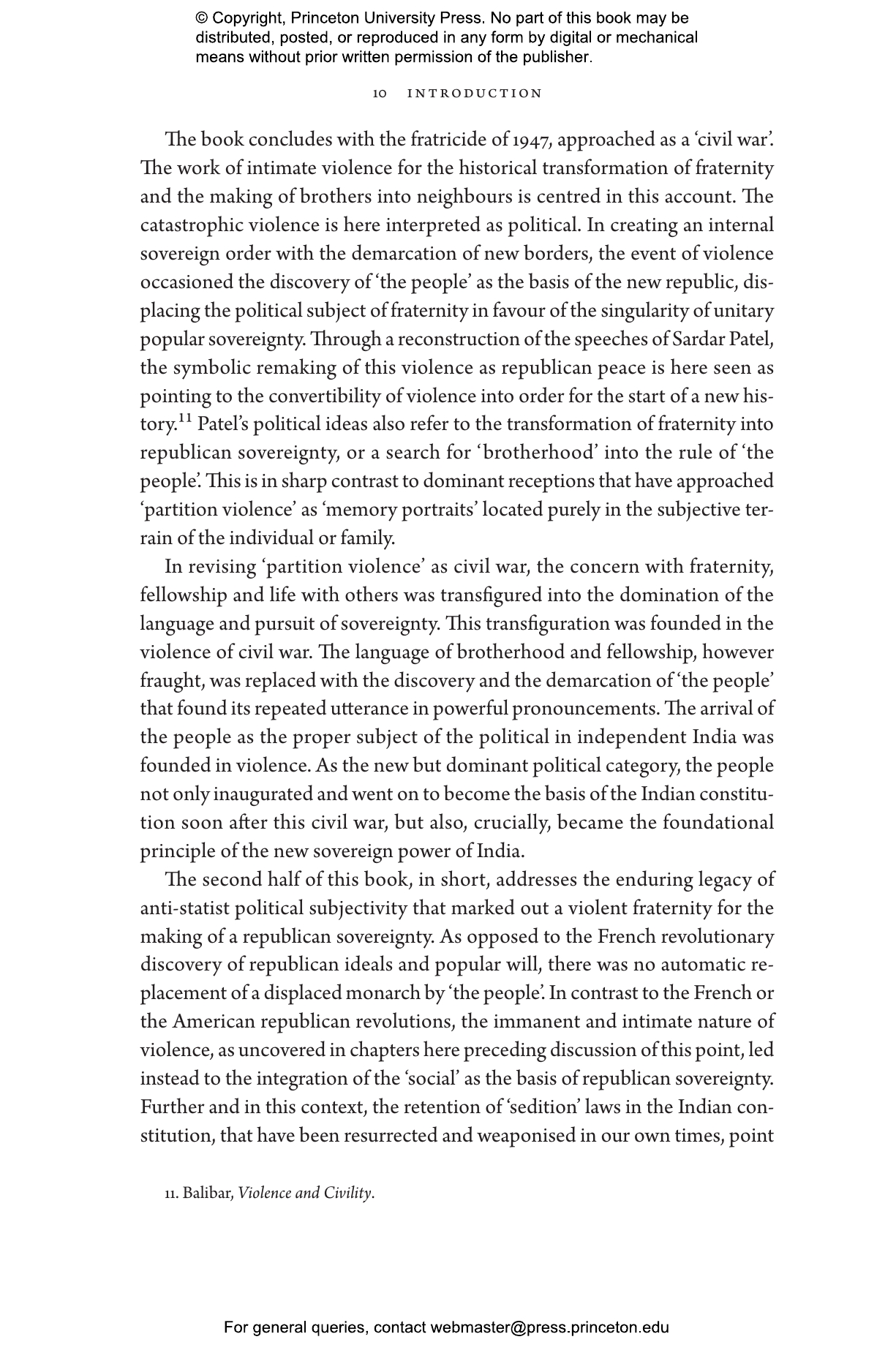 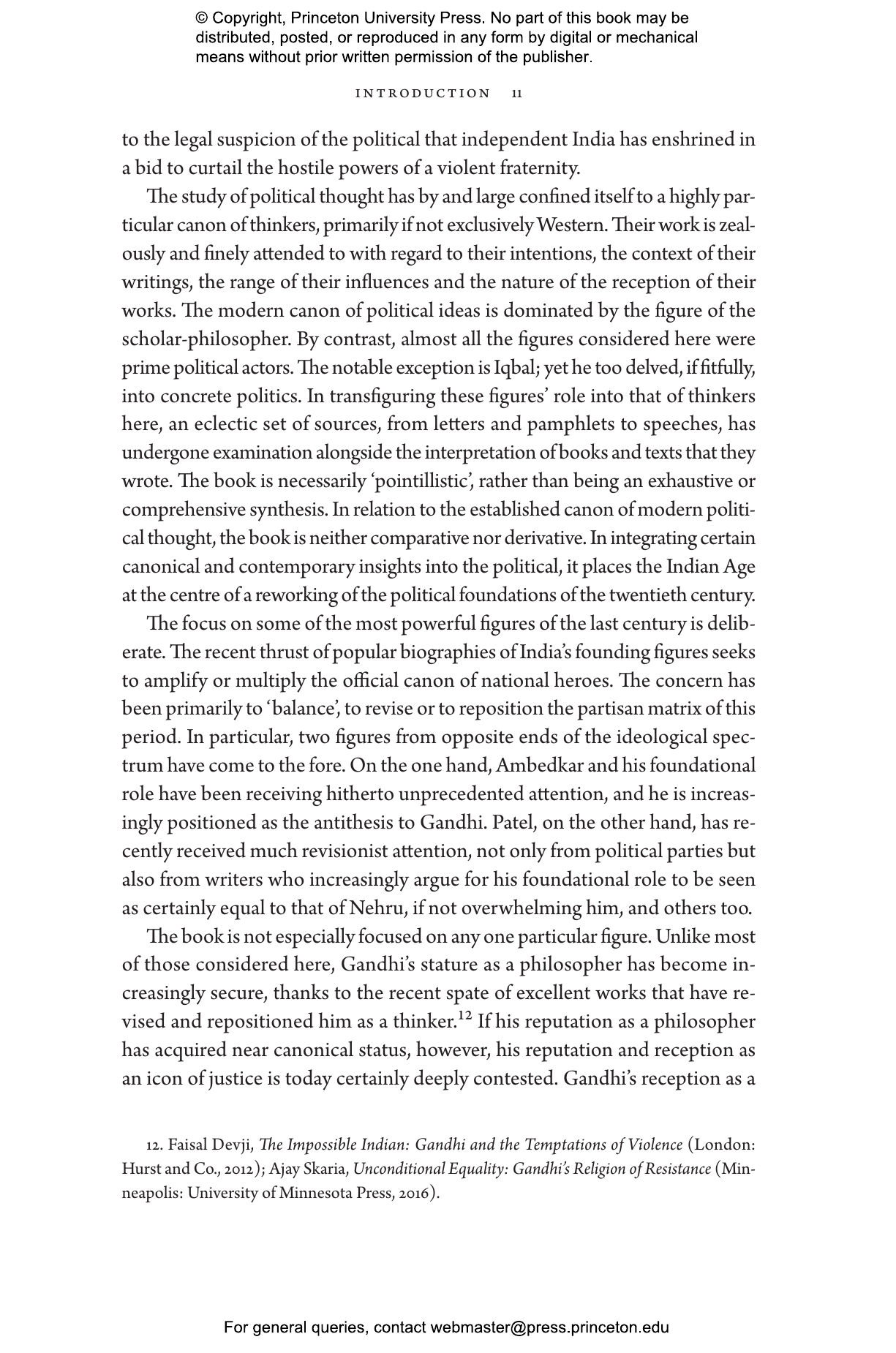 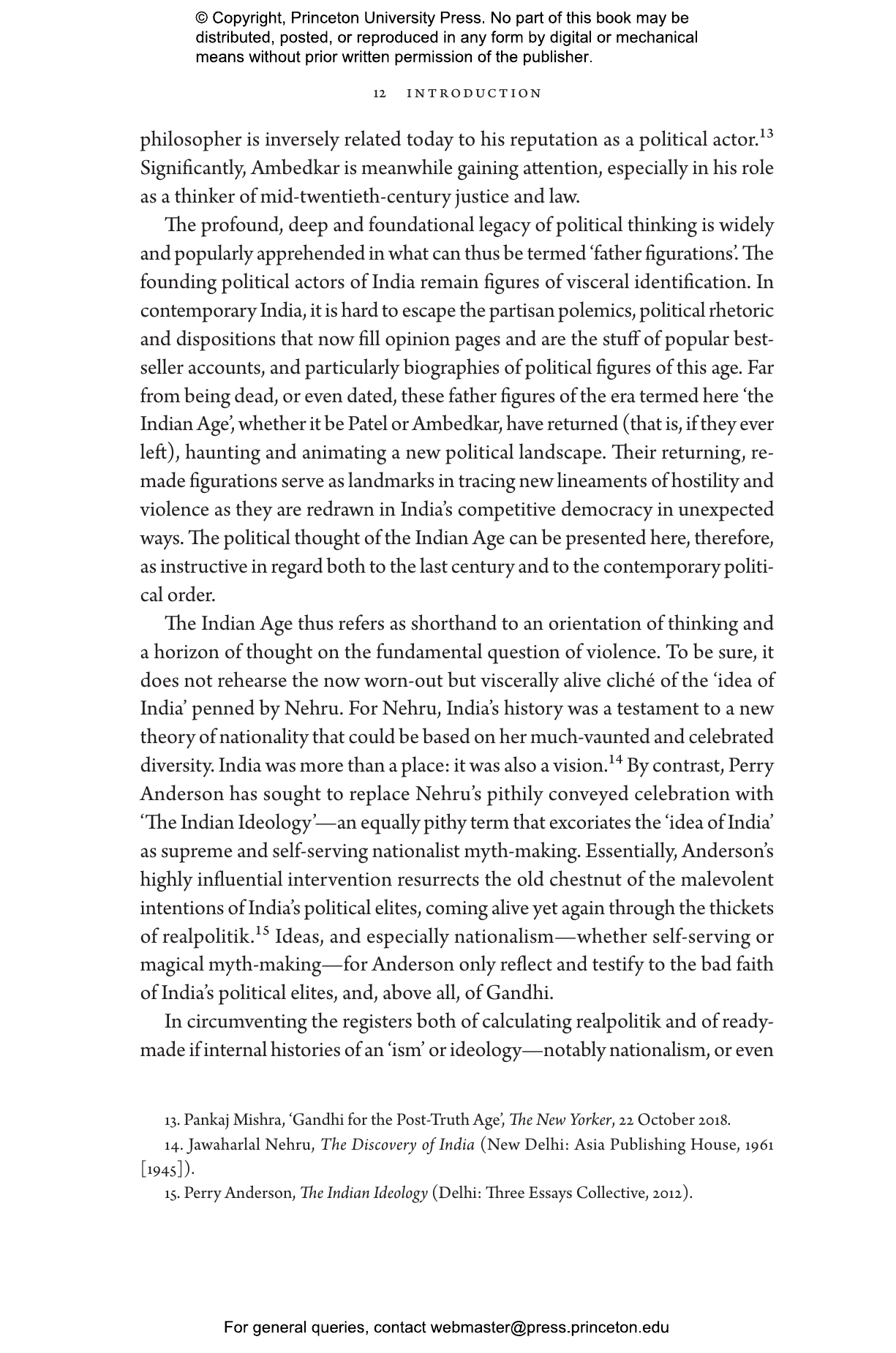 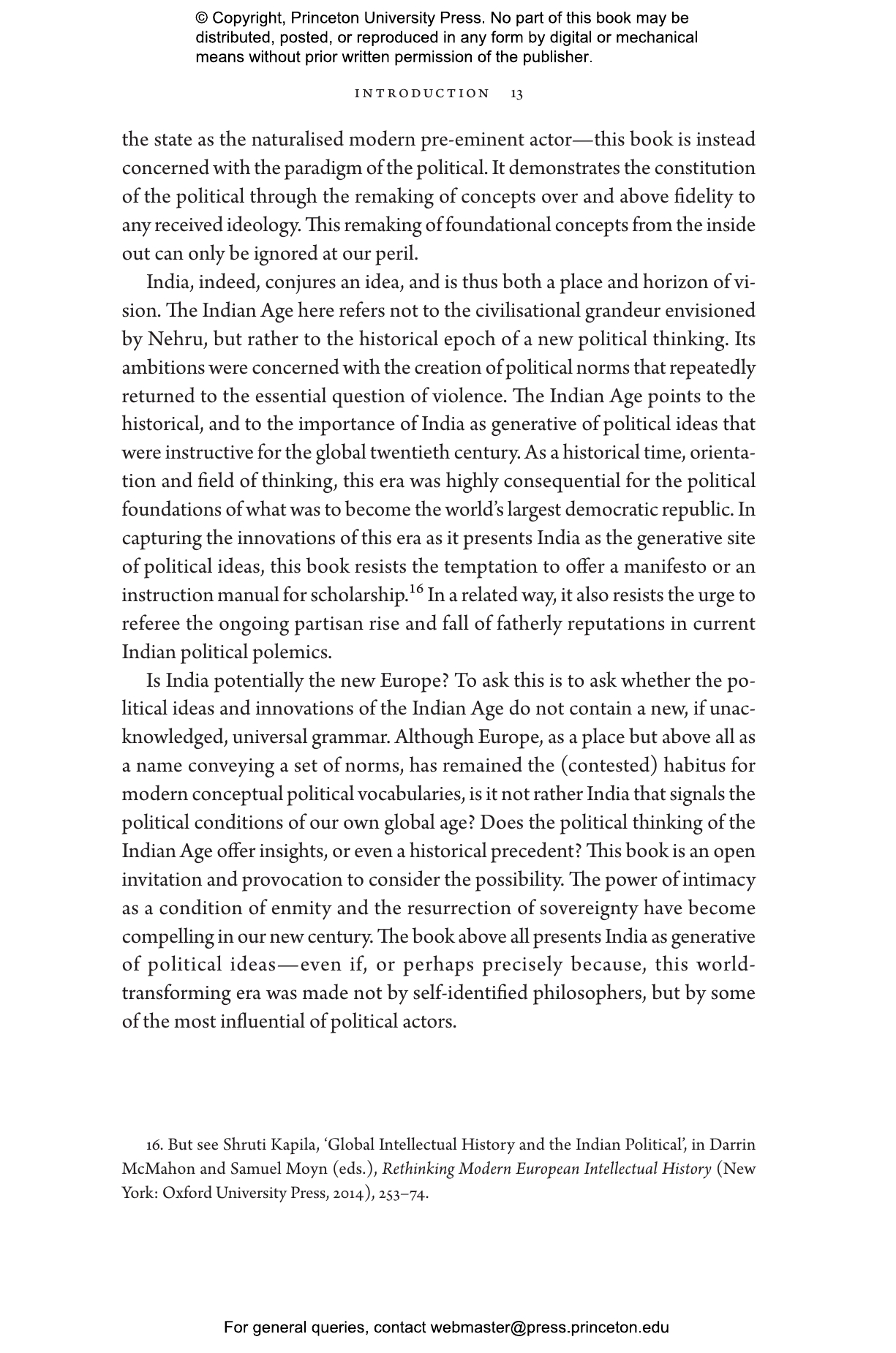 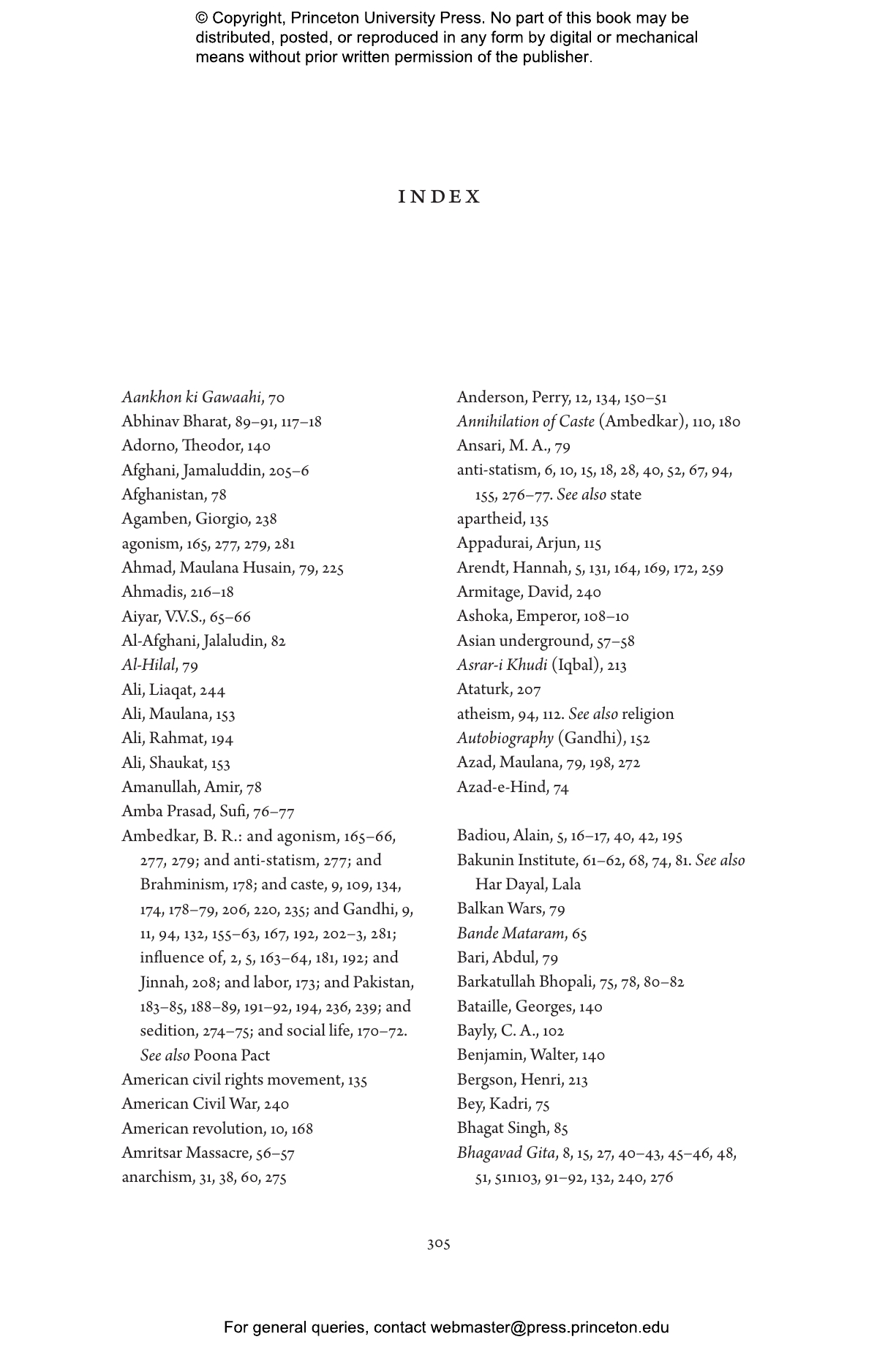 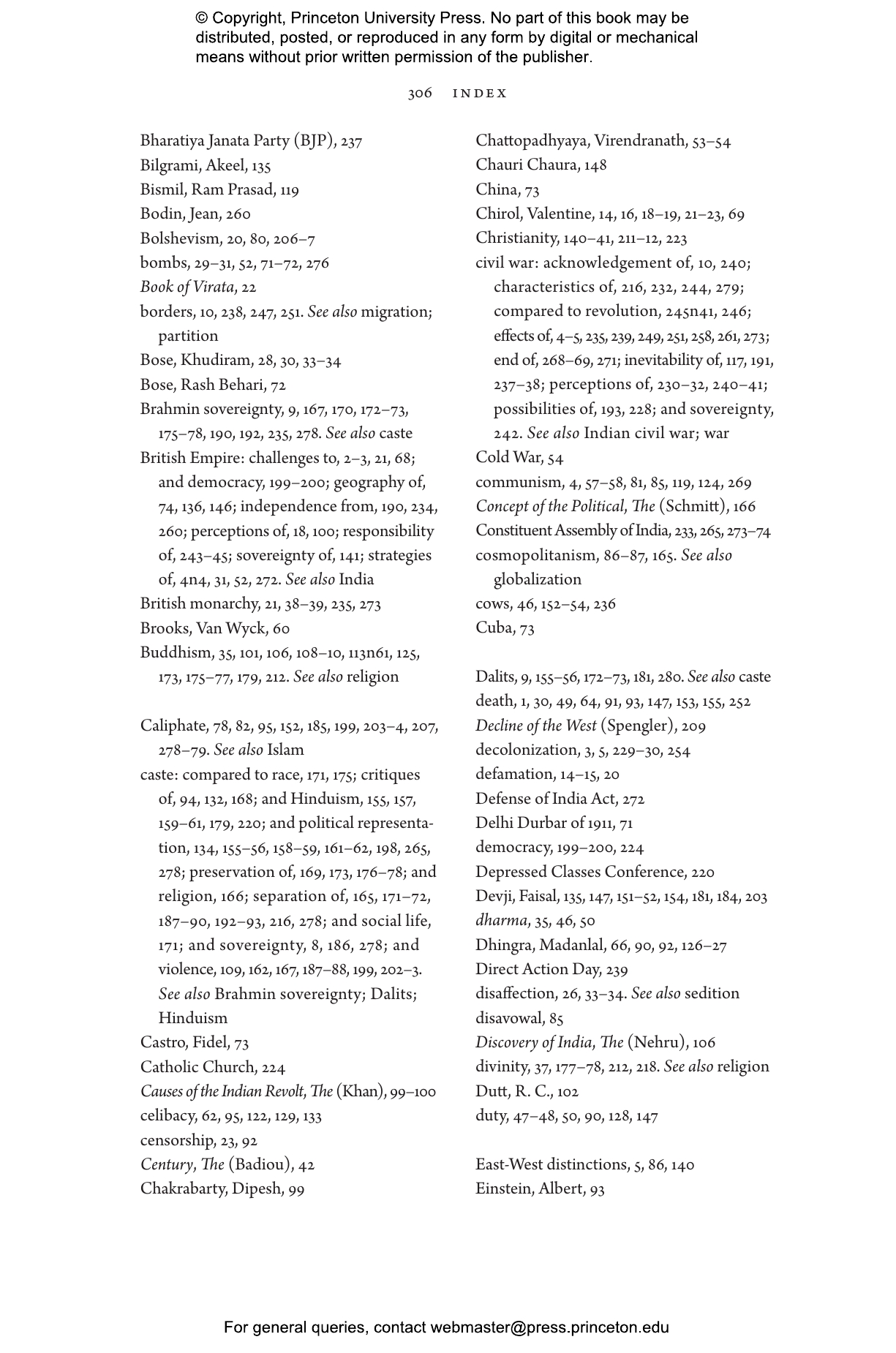 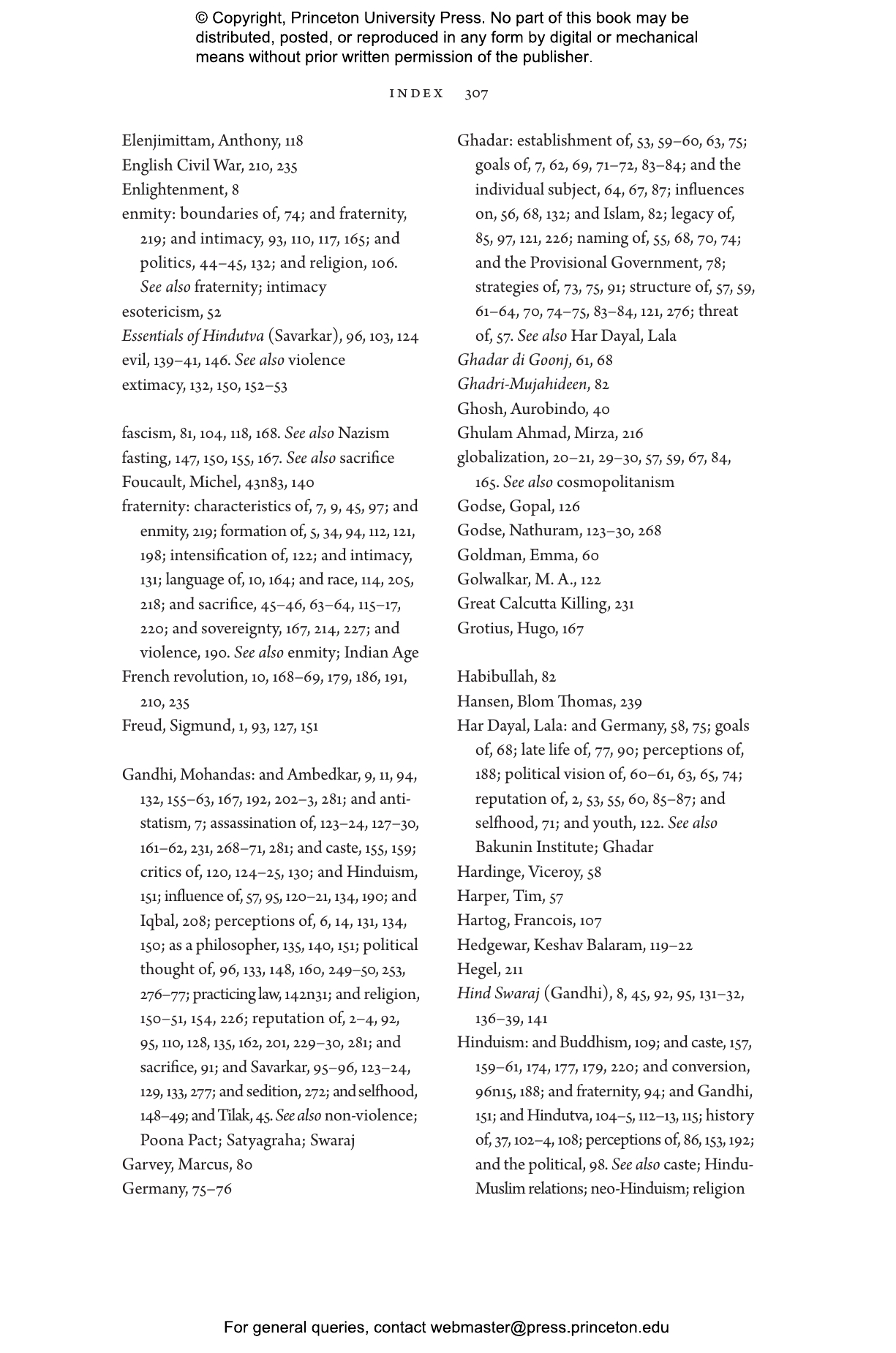 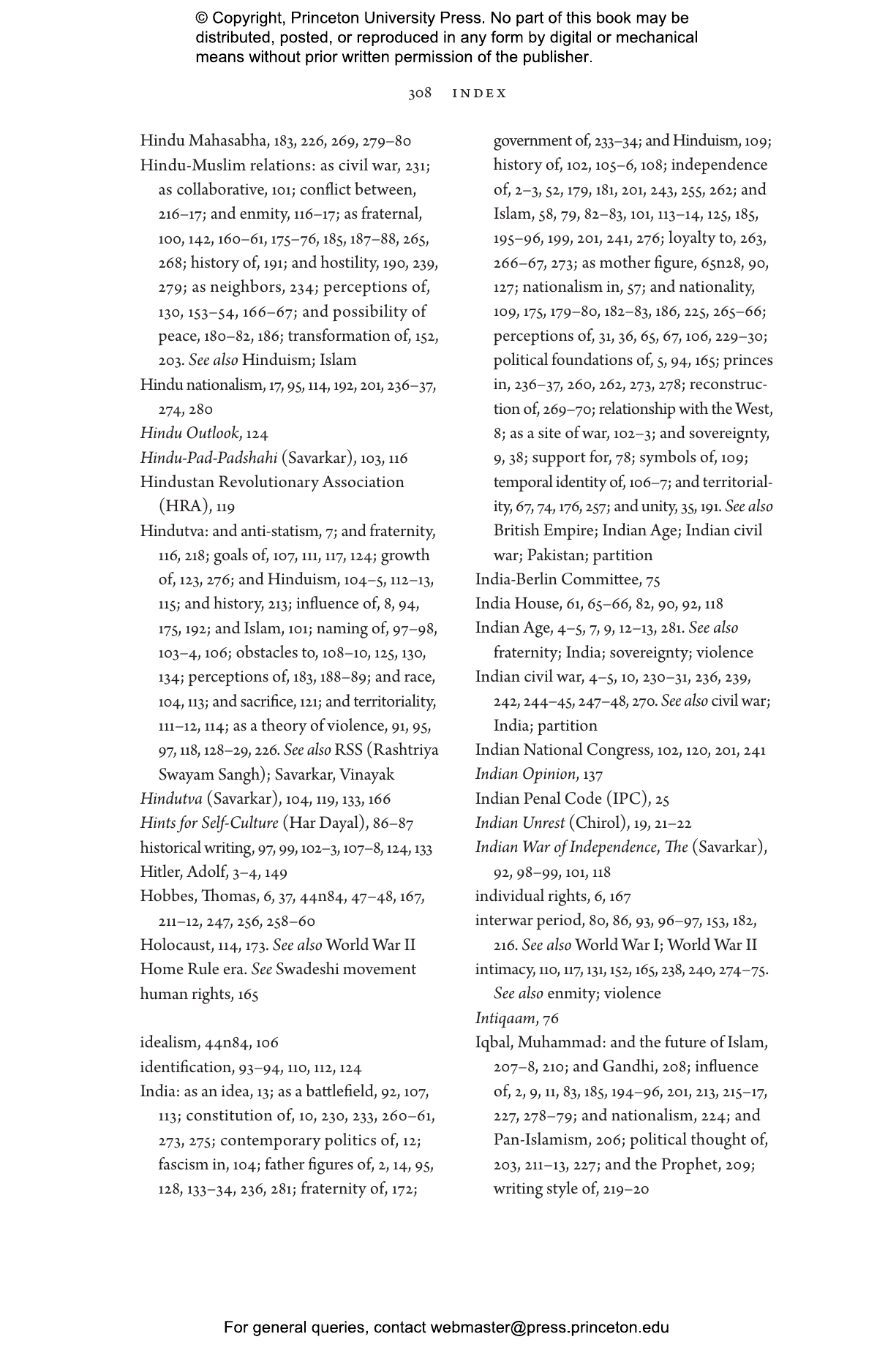 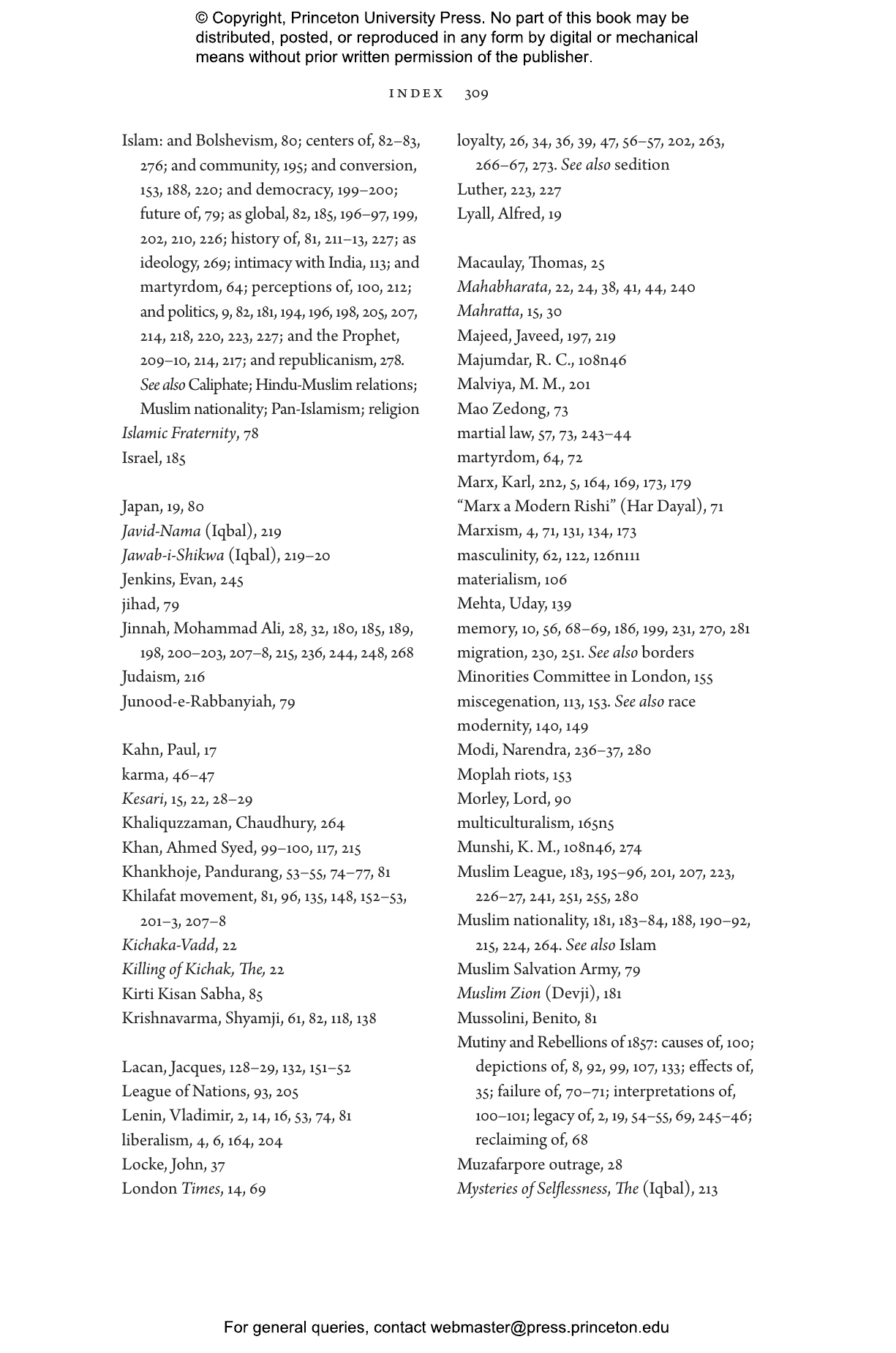 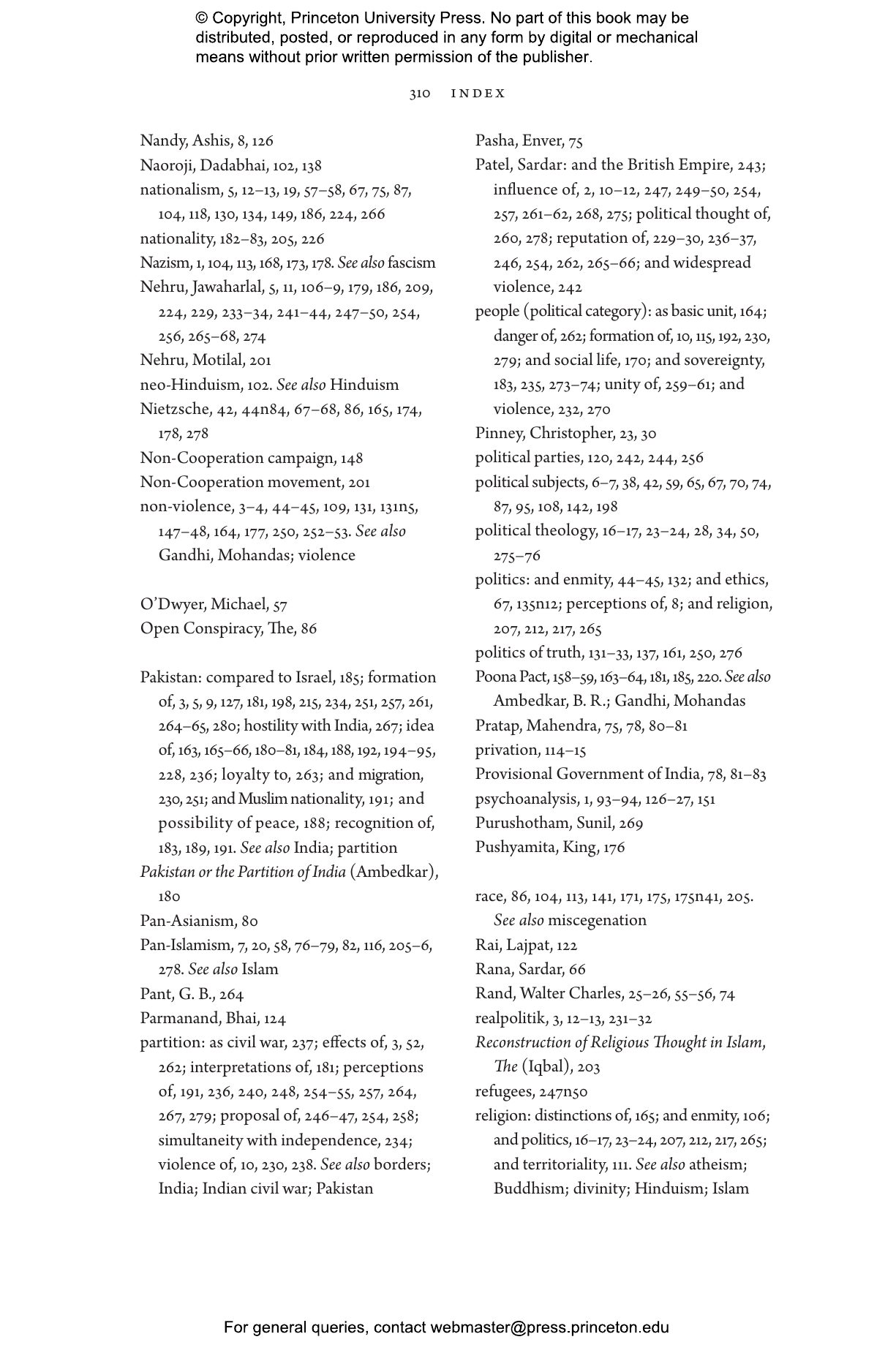 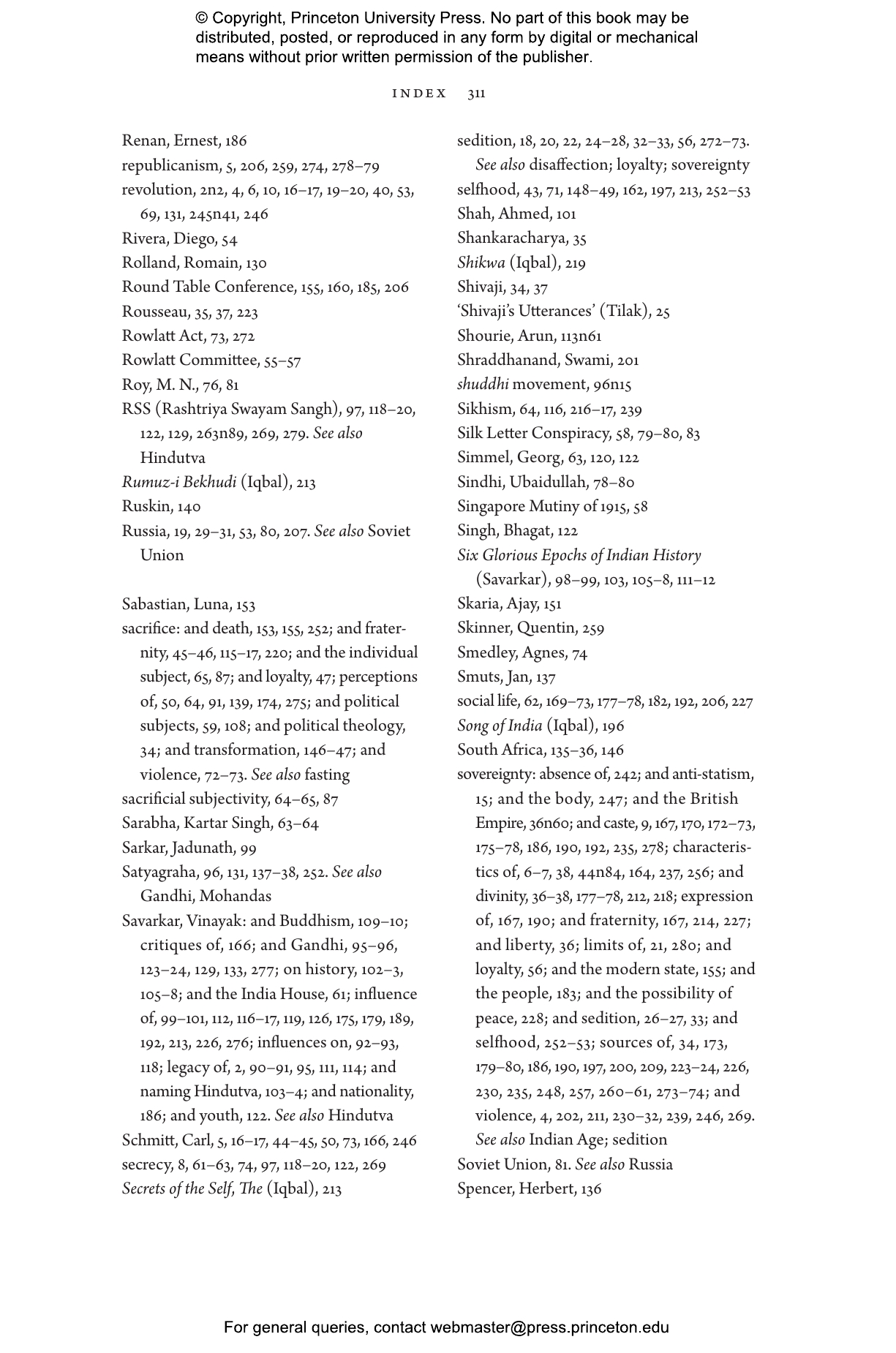 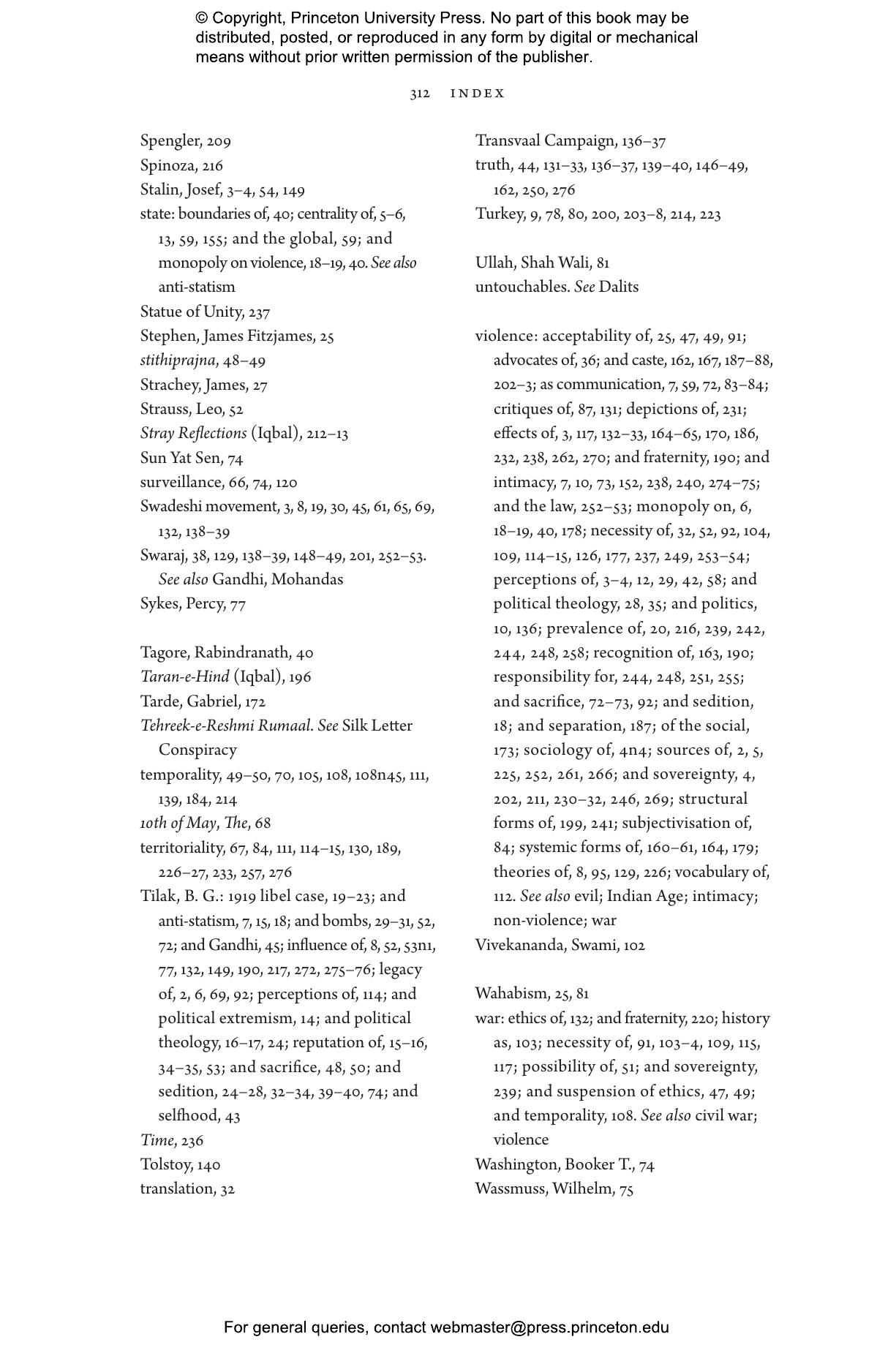 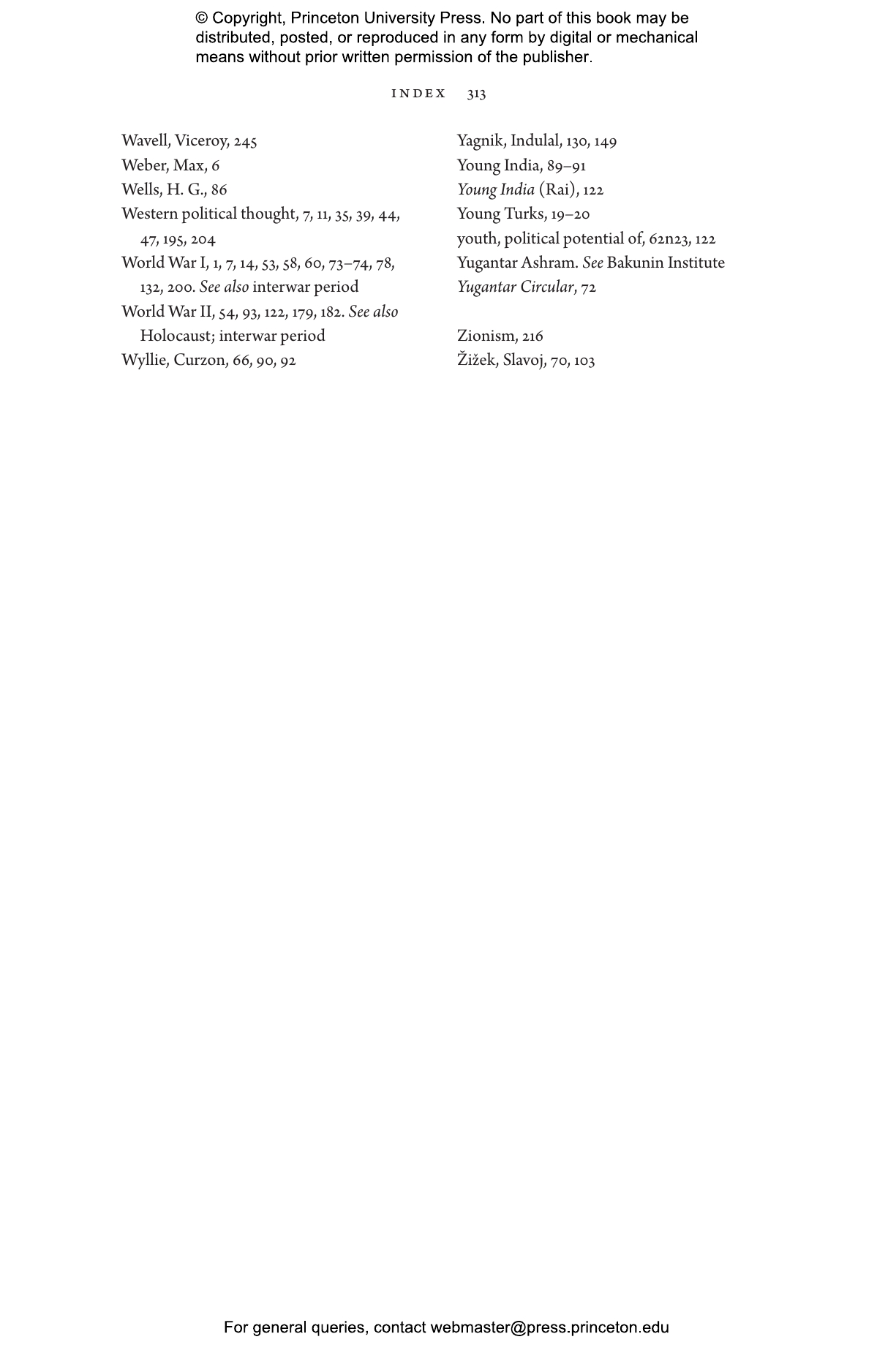 A groundbreaking history of the political ideas that made modern India 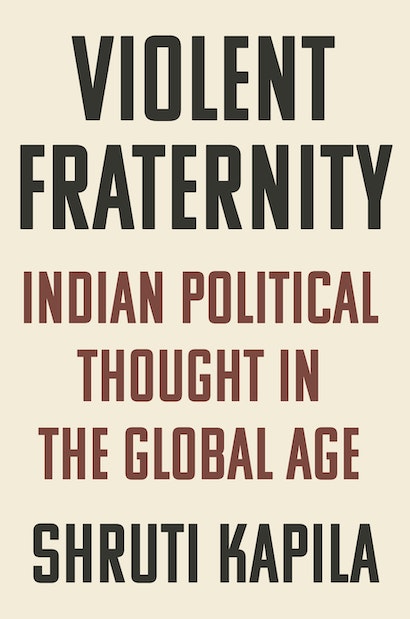 Violent Fraternity is a major history of the political thought that laid the foundations of modern India. Taking readers from the dawn of the twentieth century to the independence of India and formation of Pakistan in 1947, the book is a testament to the power of ideas to drive historical transformation.

Shruti Kapila sheds new light on leading figures such as M. K. Gandhi, Muhammad Iqbal, B. R. Ambedkar, and Vinayak Savarkar, the founder of Hindutva, showing how they were innovative political thinkers as well as influential political actors. She also examines lesser-known figures who contributed to the making of a new canon of political thought, such as B. G. Tilak, considered by Lenin to be the “fountainhead of revolution in Asia,” and Sardar Patel, India’s first deputy prime minister. Kapila argues that it was in India that modern political languages were remade through a revolution that defied fidelity to any exclusive ideology. The book shows how the foundational questions of politics were addressed in the shadow of imperialism to create both a sovereign India and the world’s first avowedly Muslim nation, Pakistan. Fraternity was lost only to be found again in violence as the Indian age signaled the emergence of intimate enmity.

A compelling work of scholarship, Violent Fraternity demonstrates why India, with its breathtaking scale and diversity, redefined the nature of political violence for the modern global era.

Shruti Kapila is Associate Professor in the Faculty of History at the University of Cambridge and a Fellow of Corpus Christi College. She is the editor of An Intellectual History for India and the coeditor of Political Thought in Action: The Bhagavad Gita and Modern India. Her writing has appeared in leading academic journals such as Past and Present and Modern Intellectual History and in international publications such as the Financial Times, India Today, and Prospect. Twitter @shrutikapila

"An innovative and original study of Indian political thought — showing that the threat of violence between Hindus and Muslims has long shaped Indian political thinking, even before independence and partition."—Gideon Rachman, Financial Times ​​​​​​​

"[Violent Fraternity] embodies the fresh and bold scholarship that is redrawing the intellectual map of the world."—Pankaj Mishra, New York Times Book Review

"[An] ambitious reconstruction of the thinking that drove India’s political elite in the half century before independence in 1947."—History Today

“This compelling book brilliantly illuminates a disturbing facet of modern politics, showing how intimate attachment under conditions of upheaval can turn to bitter hatred. With passion and originality, Kapila explores how the intensity of national affiliation can generate its own forms of fracture, and reveals the value of India as an essential object of theoretical reflection for political thought more broadly.”—Richard Bourke, University of Cambridge

“In this deeply original book, Shruti Kapila argues that the fraternal antagonism between Hindus and Muslims that culminated in partition was foundational to Indian political life. Through a careful and astute reading of the history and thought of anticolonial nationalism, Kapila argues that the Indian constitution was a direct response to this enduring crisis of violence. Violent Fraternity will change the conversation about democracy and political thought in India and well beyond.”—Thomas Blom Hansen, Stanford University

“Kapila offers an original, brilliant, and captivating analysis of leaders who shaped—ironically—both the Indian struggle for sovereignty and the fratricidal wars that accompanied it as colonial rule unraveled. She uses that history to outline an alternative global-conceptual history of the political for our times. A remarkable book.”—Dipesh Chakrabarty, University of Chicago

“Shruti Kapila brilliantly challenges the comfortable consensus that politics should be studied according to Western canons, concepts, and concerns. At a stroke, Violent Fraternity decisively reframes the intellectual history of South Asia and will transform understandings of global political thought in the ‘Indian Age.’”—David Armitage, author of Civil Wars: A History in Ideas

“This truly original book puts Indian nationalist thought in a wider global context without seeing it as derivative or narrowly oppositional to Western liberal traditions, but rather as a powerful, generative, and unique repositioning of the key questions of self, sovereignty, and violence.”—Arjun Appadurai, author of Fear of Small Numbers: An Essay on the Geography of Anger

"A real achievement. Violent Fraternity is a startlingly original contribution to the scholarship on India and modern political thought more broadly. This book transforms our understanding of India's nationalist past and is likely to globalize the field of political thought in a way no other book has done."—Faisal Devji, author of The Impossible Indian: Gandhi and the Temptation of Violence