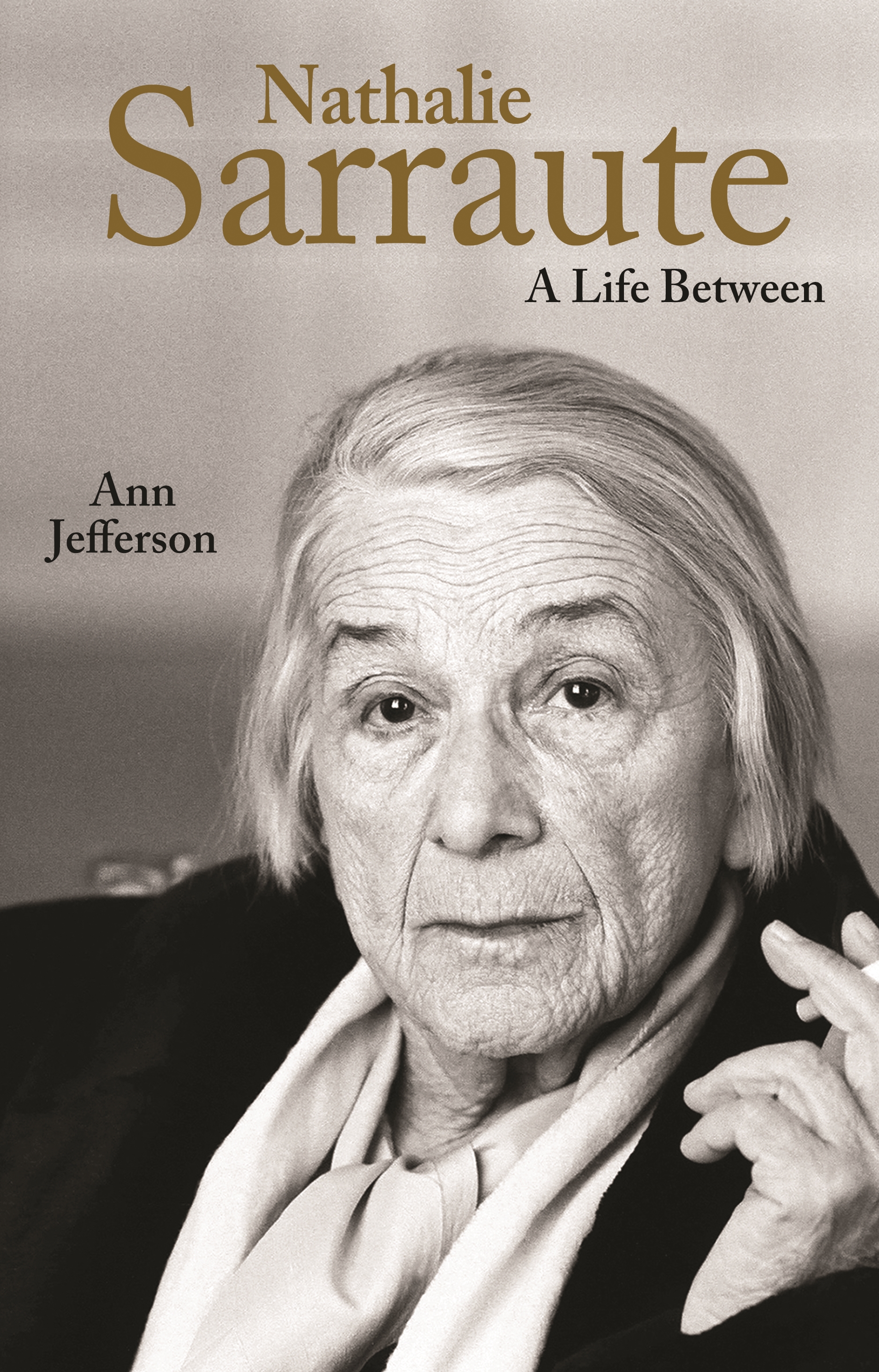 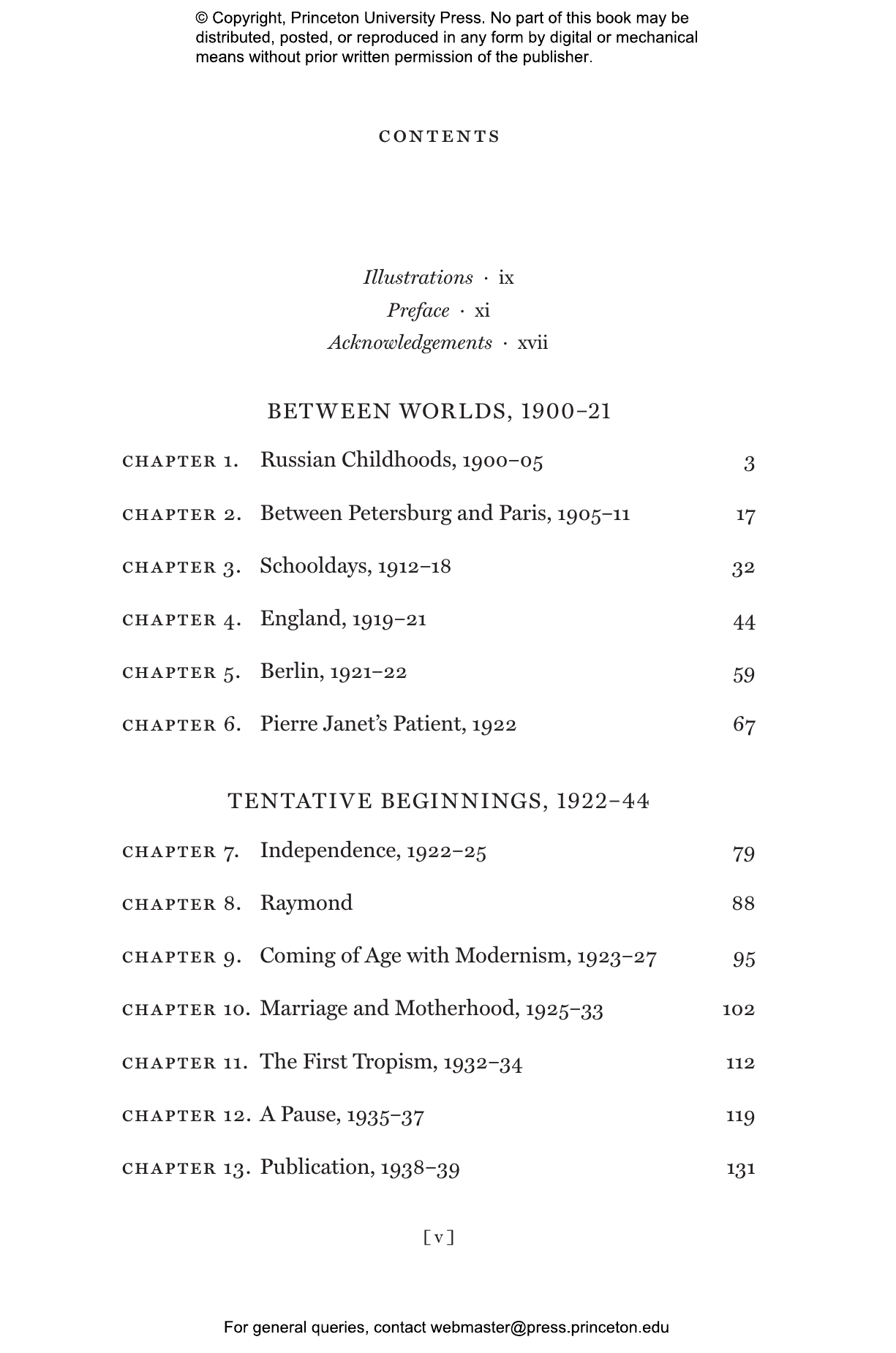 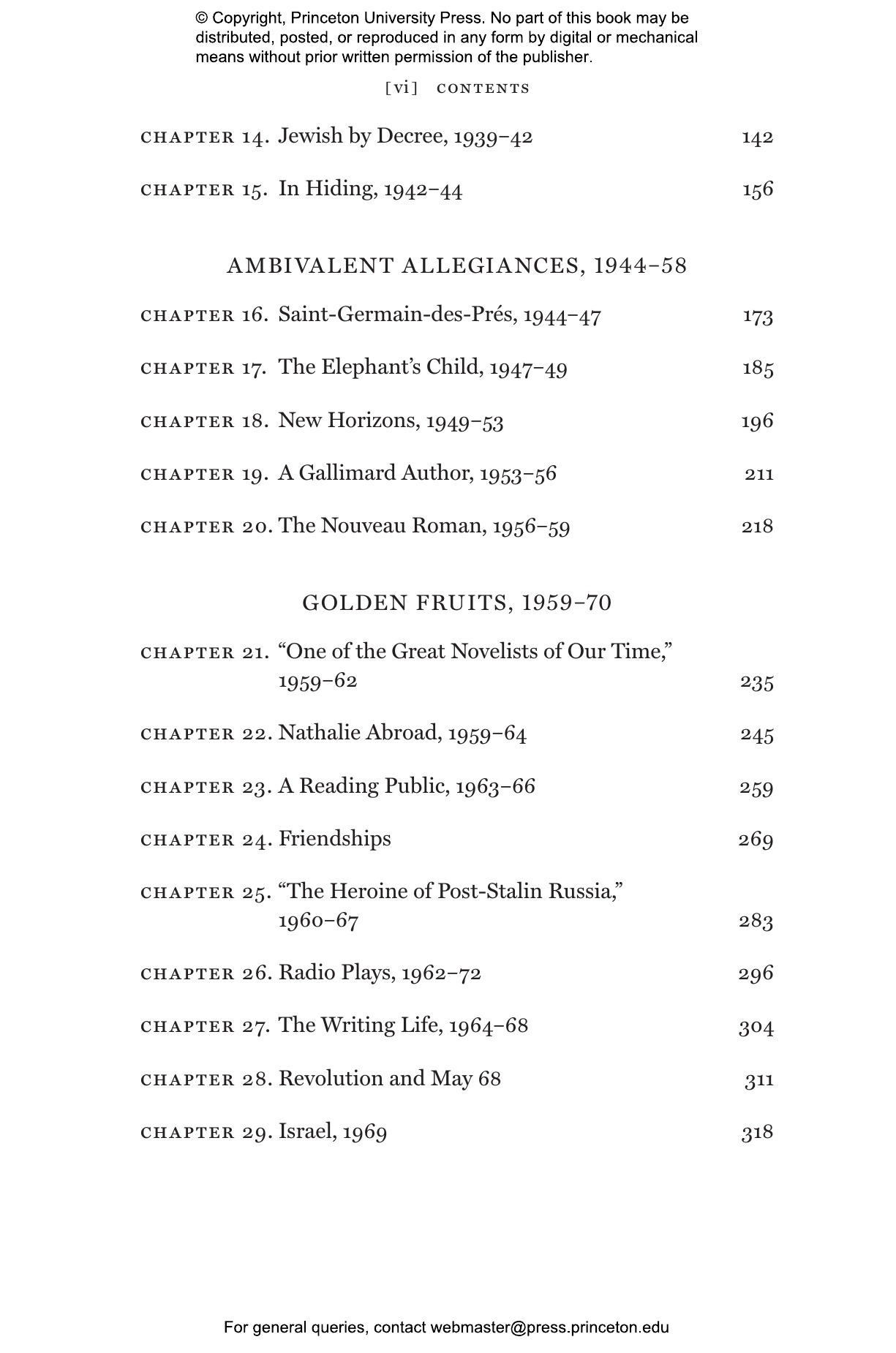 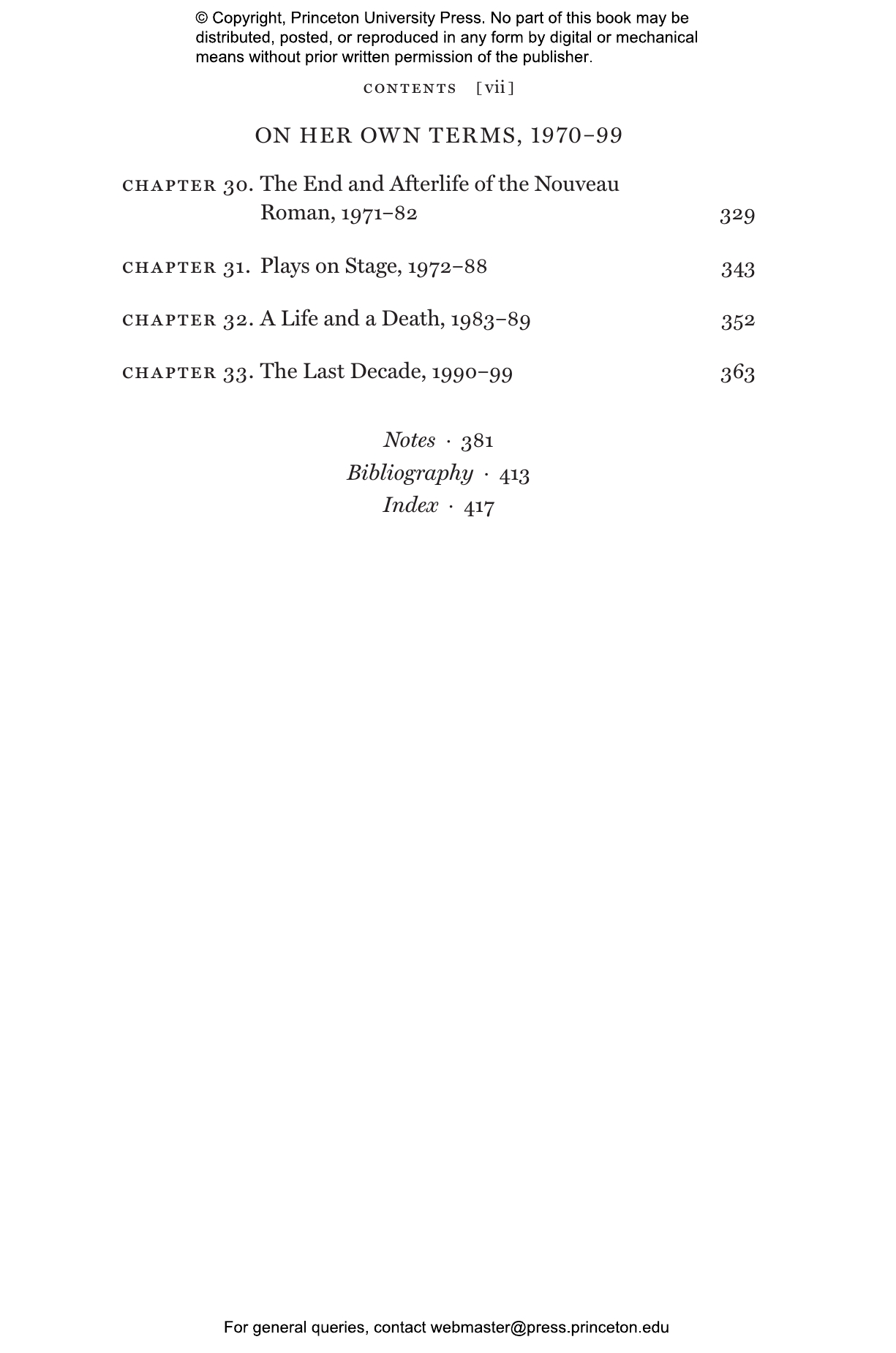 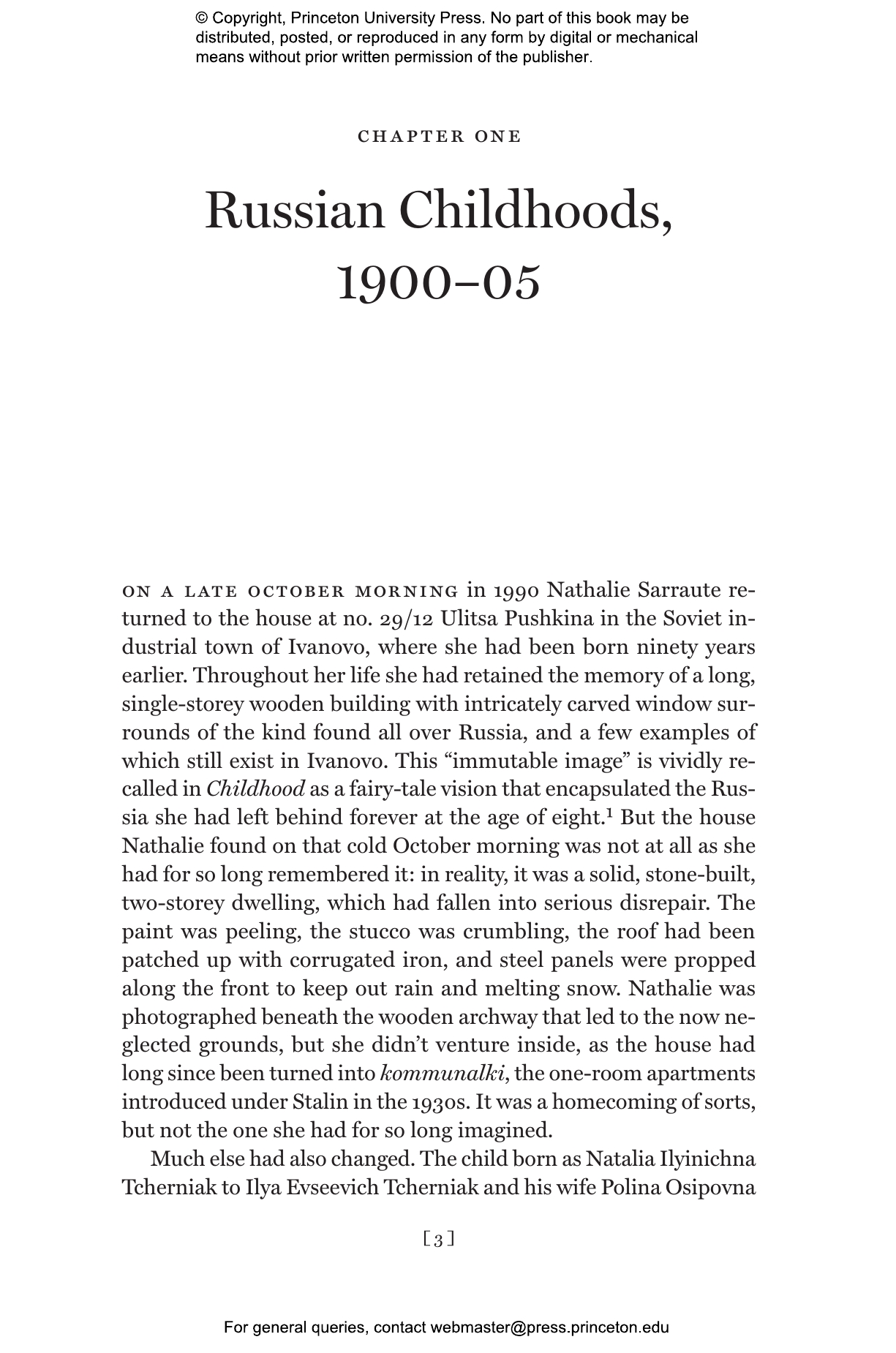 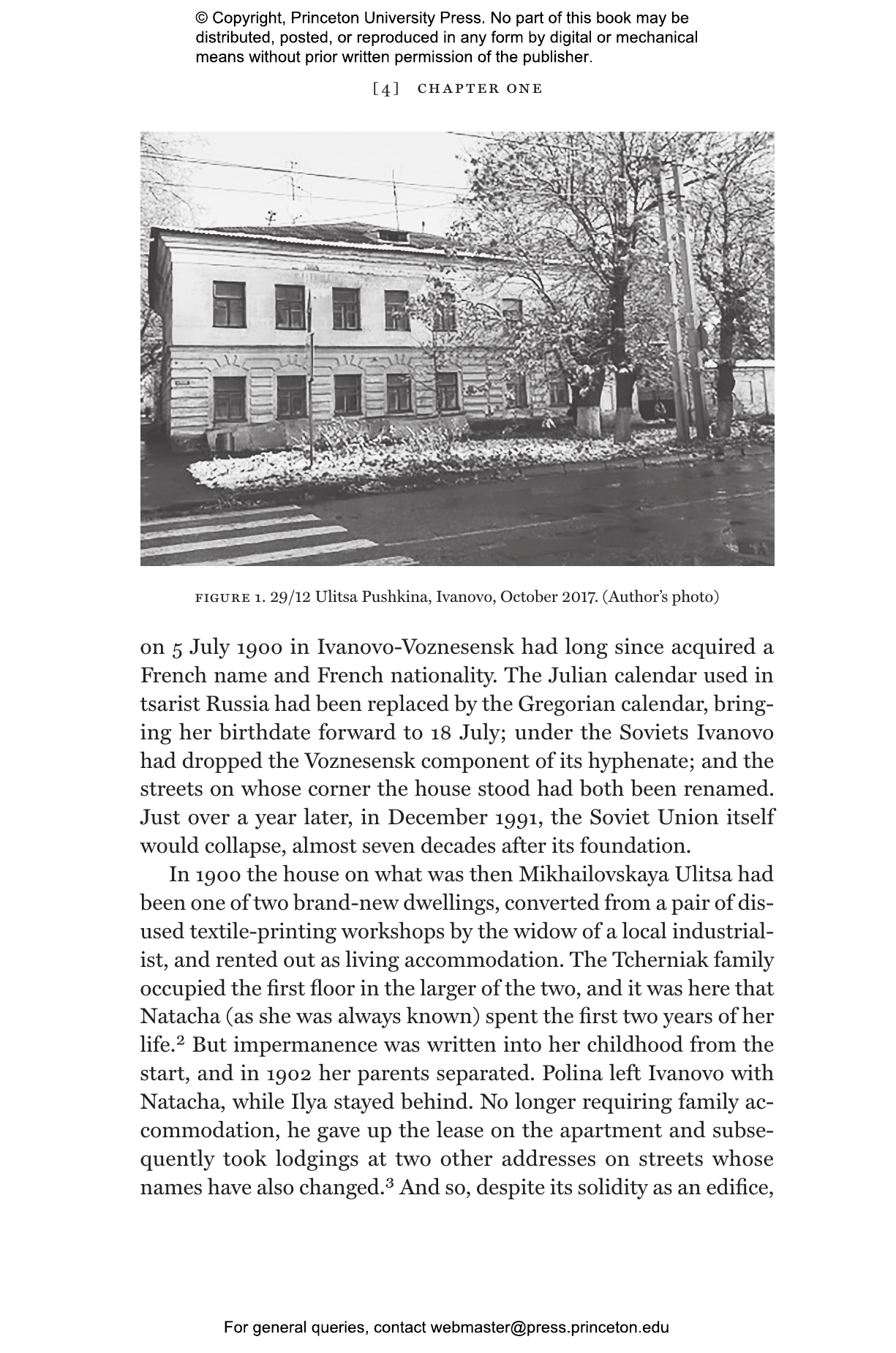 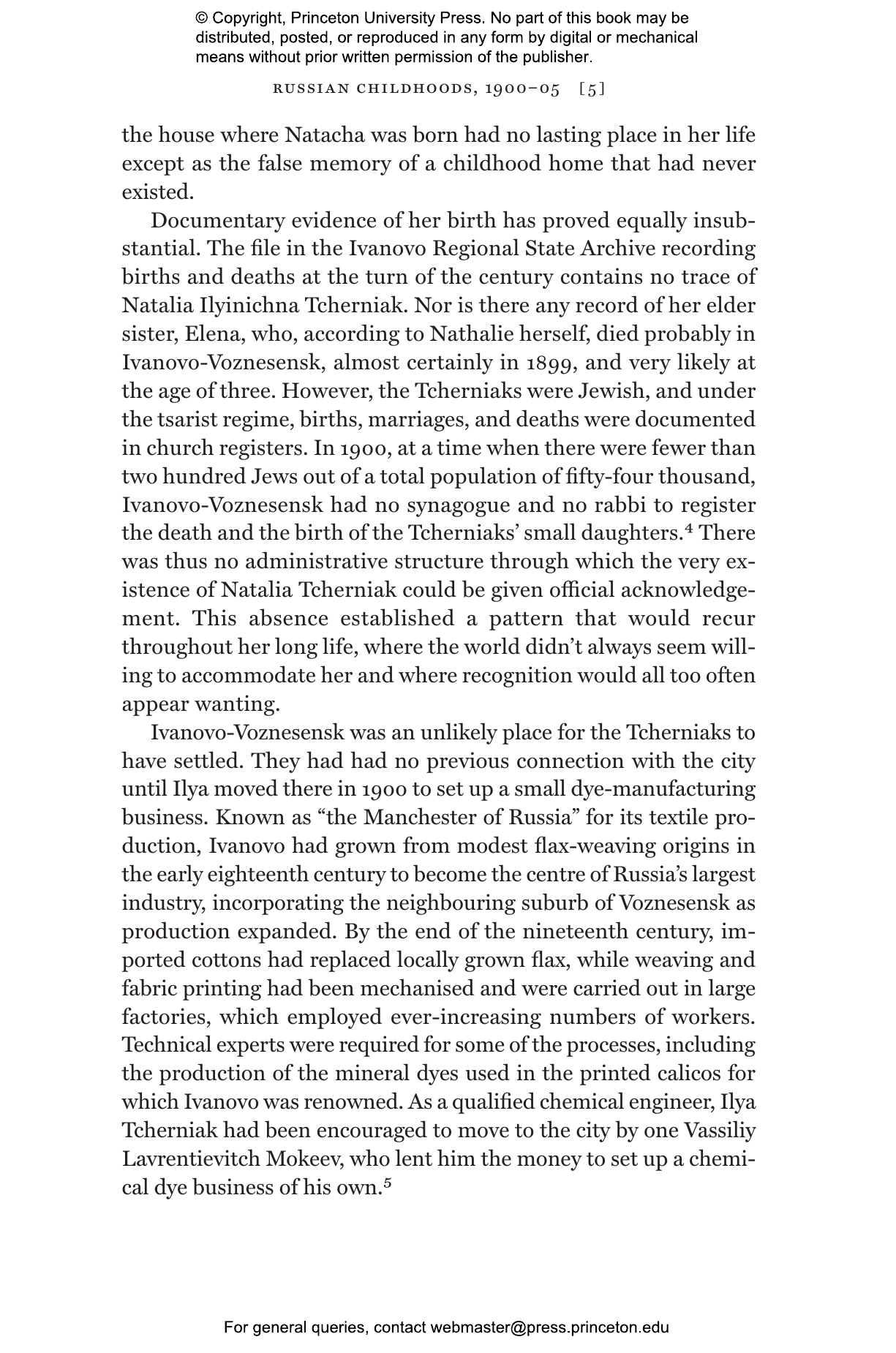 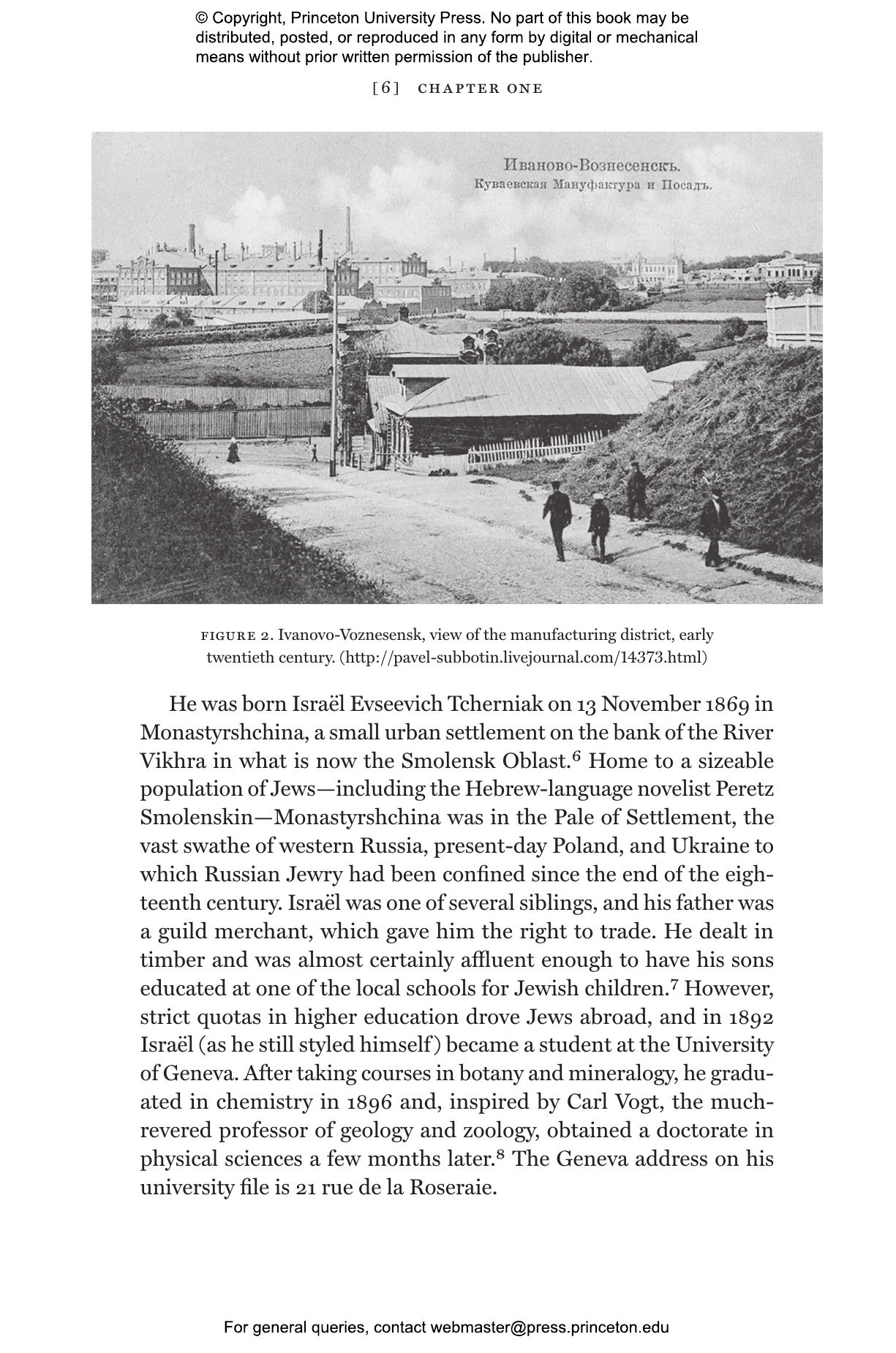 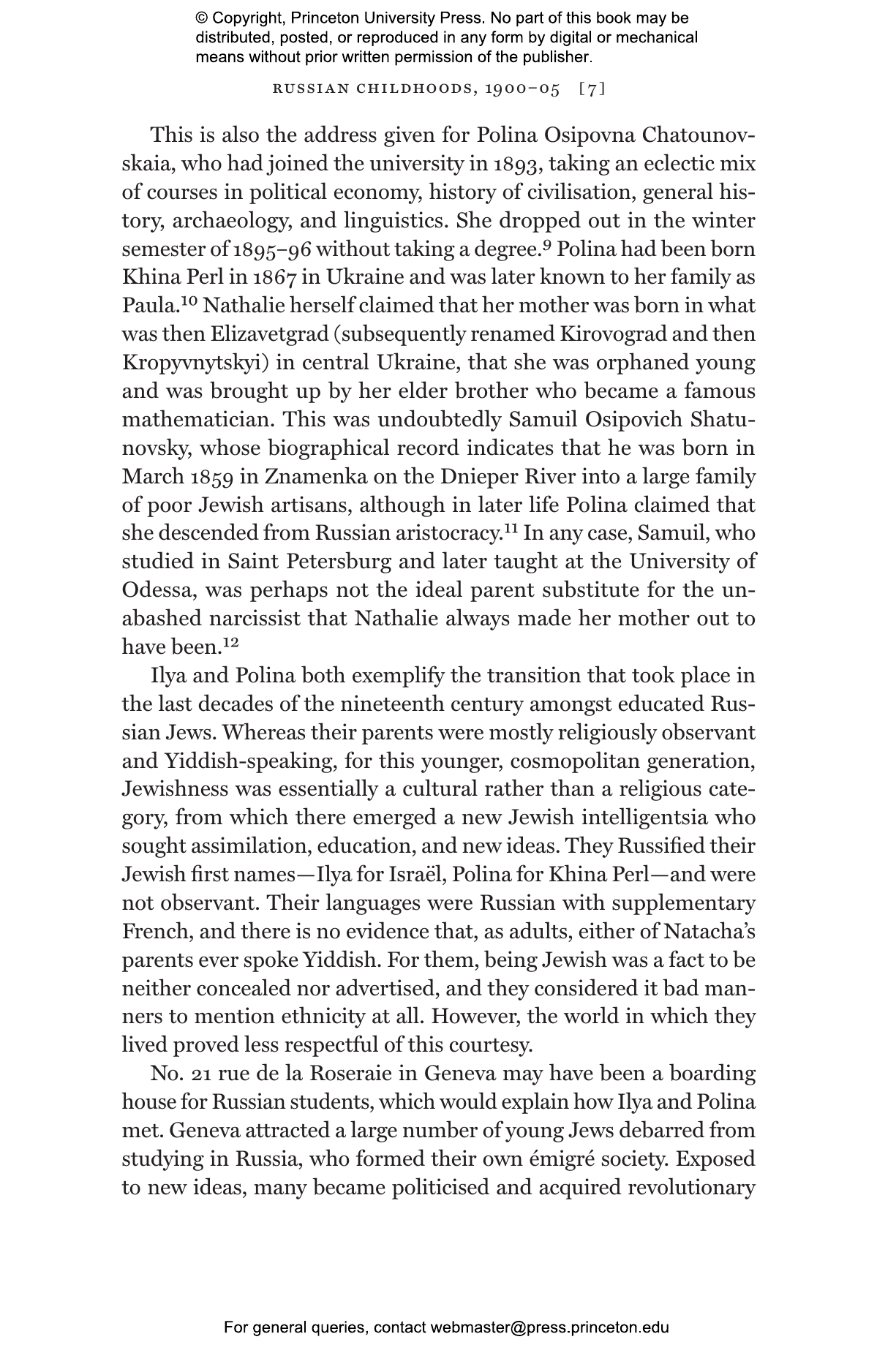 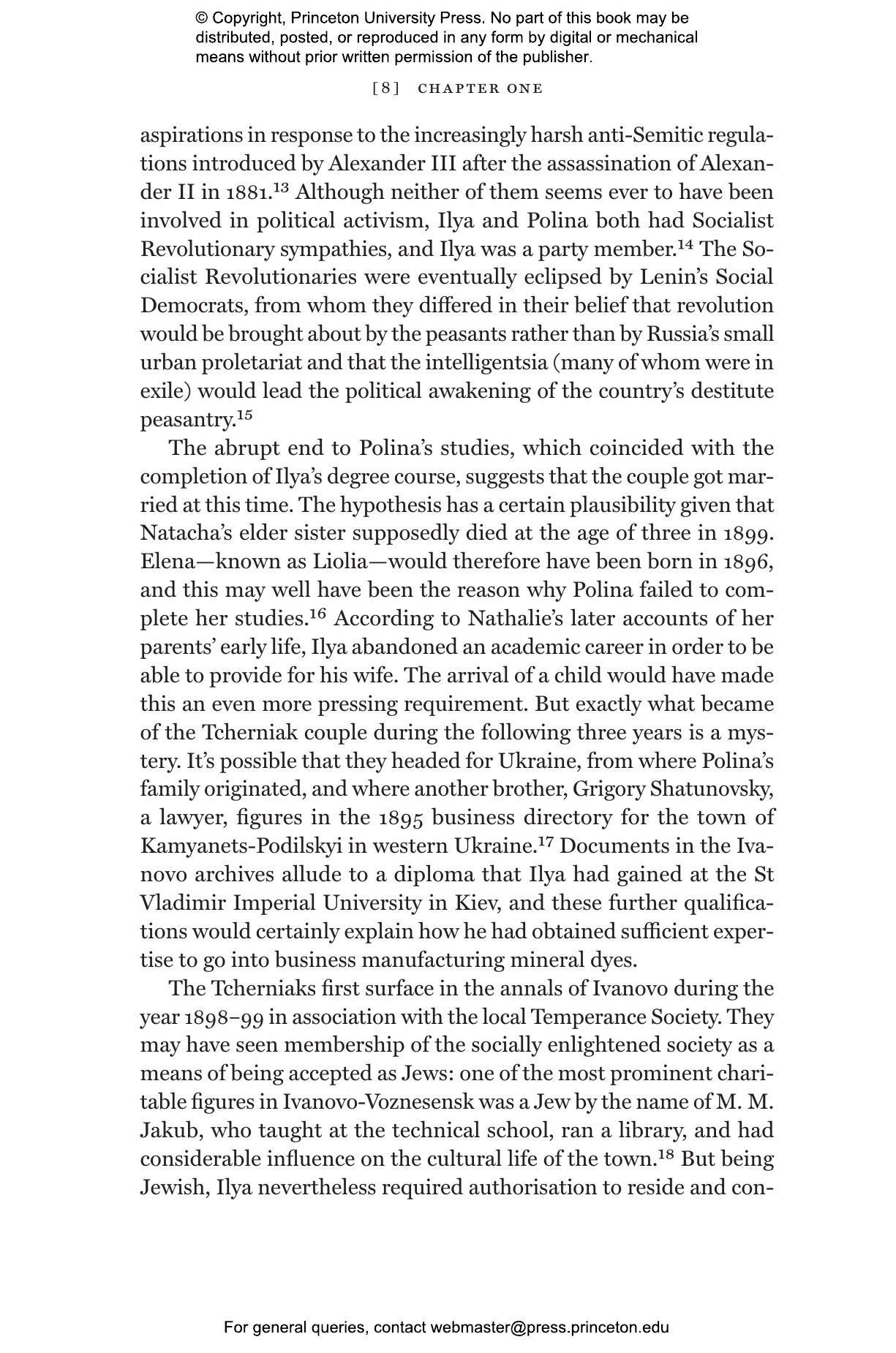 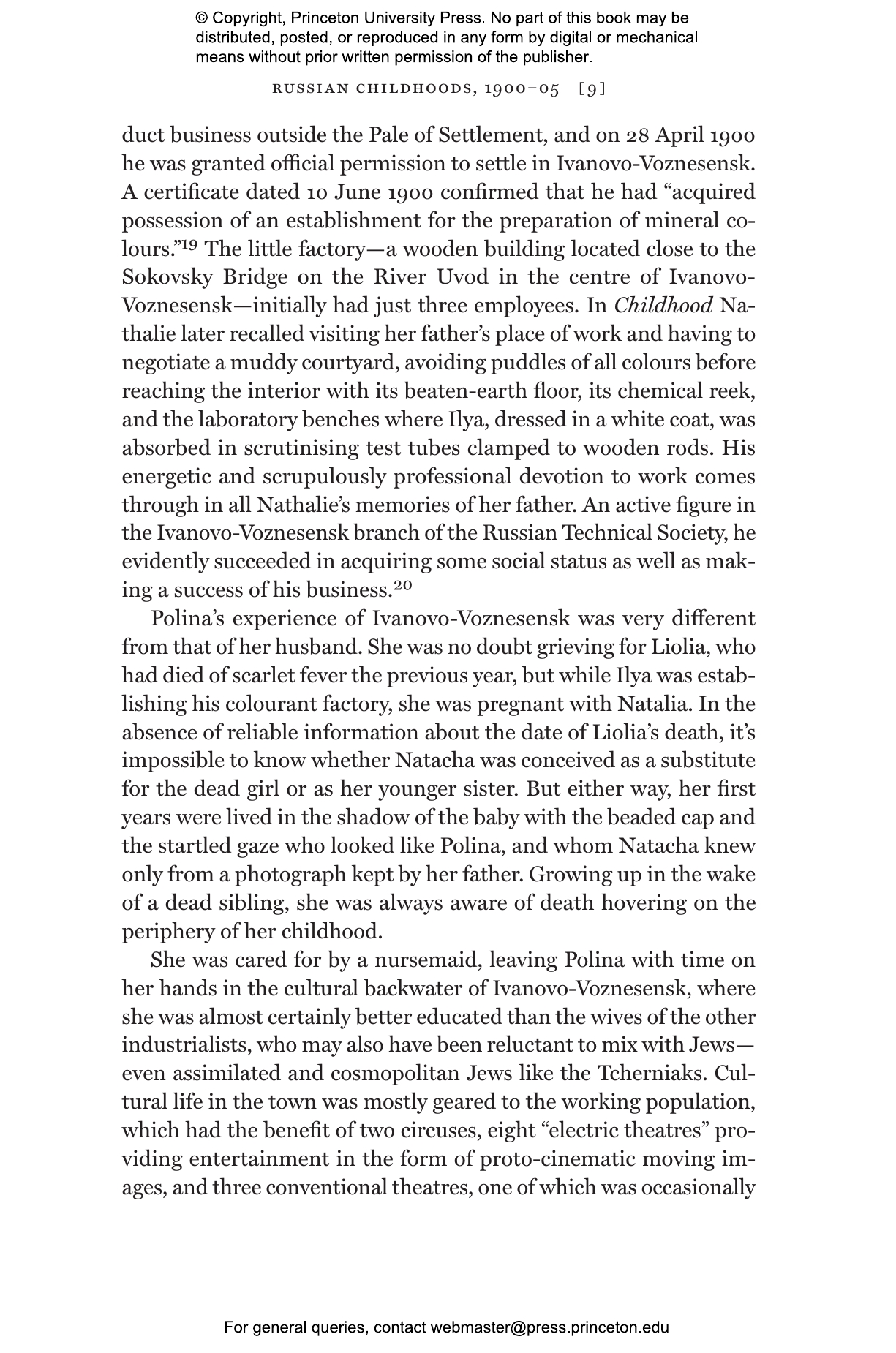 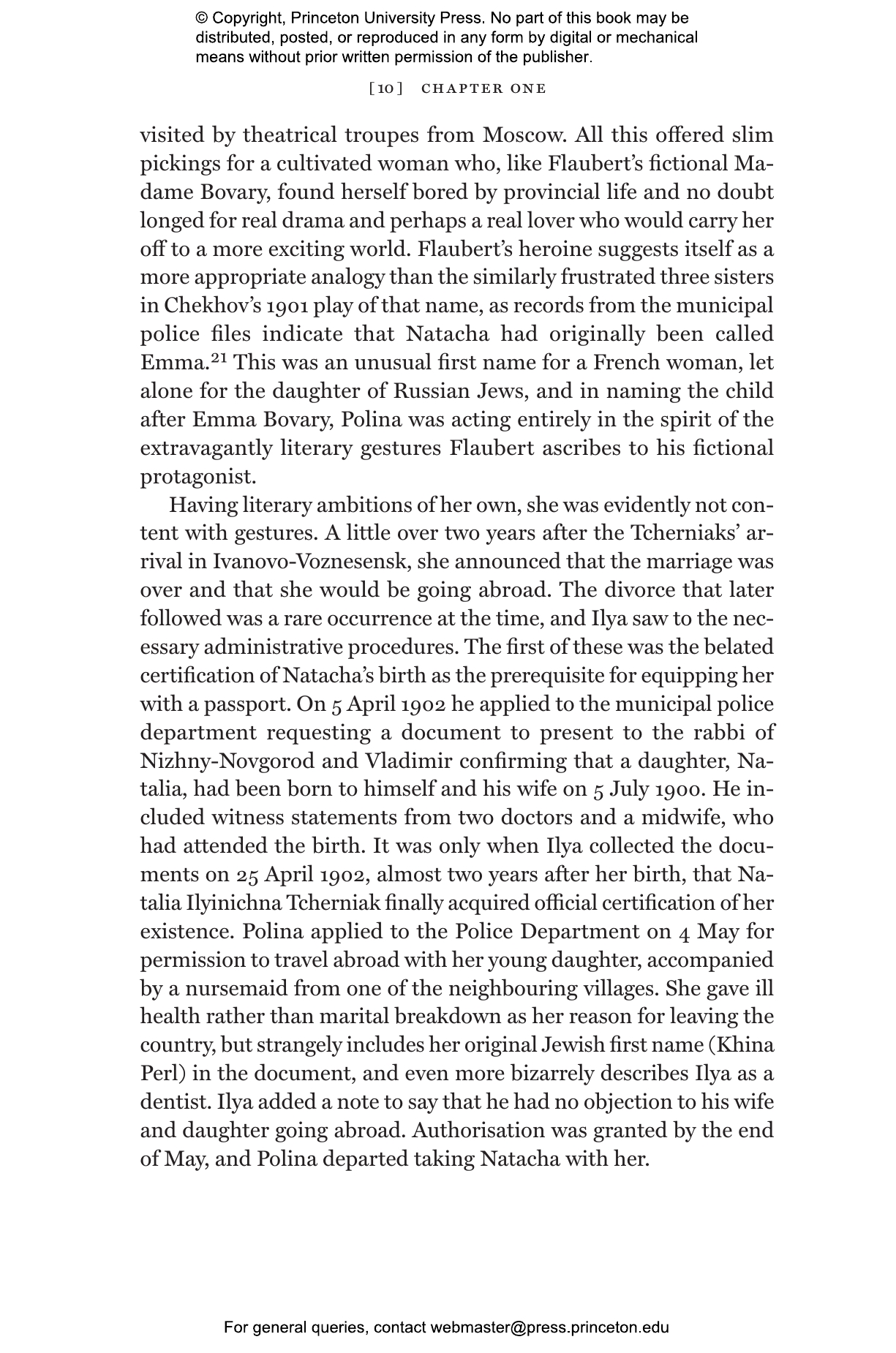 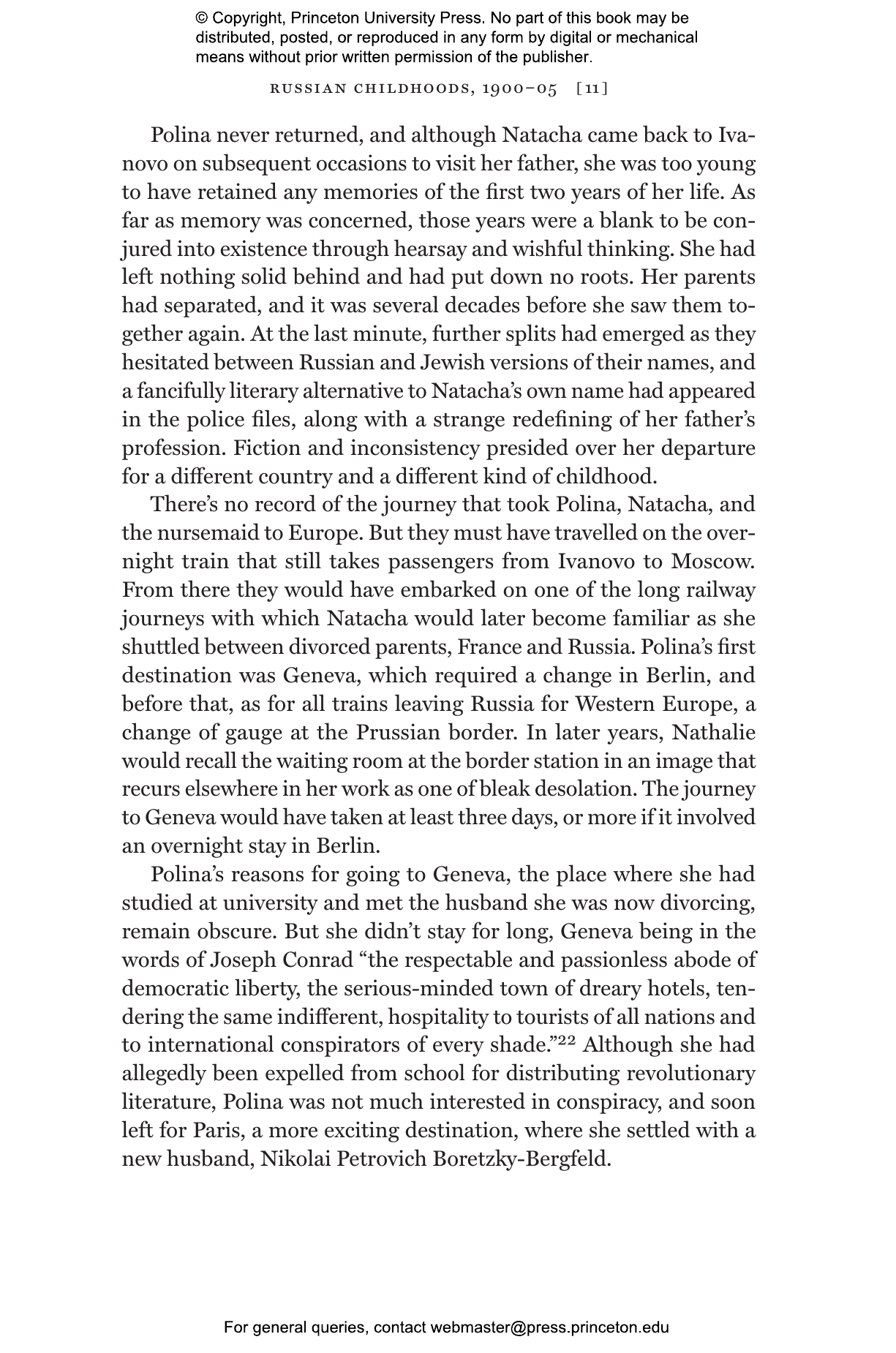 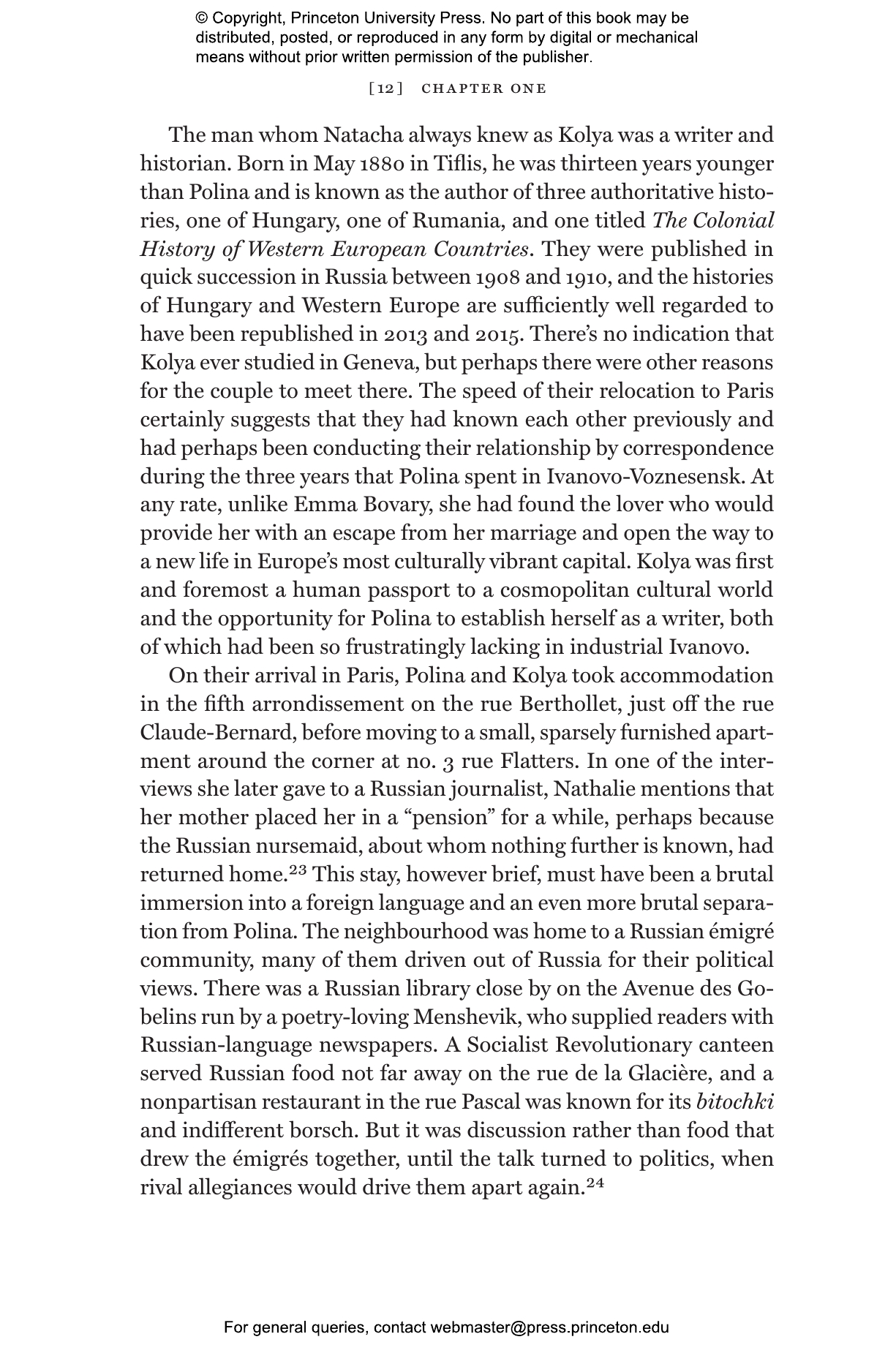 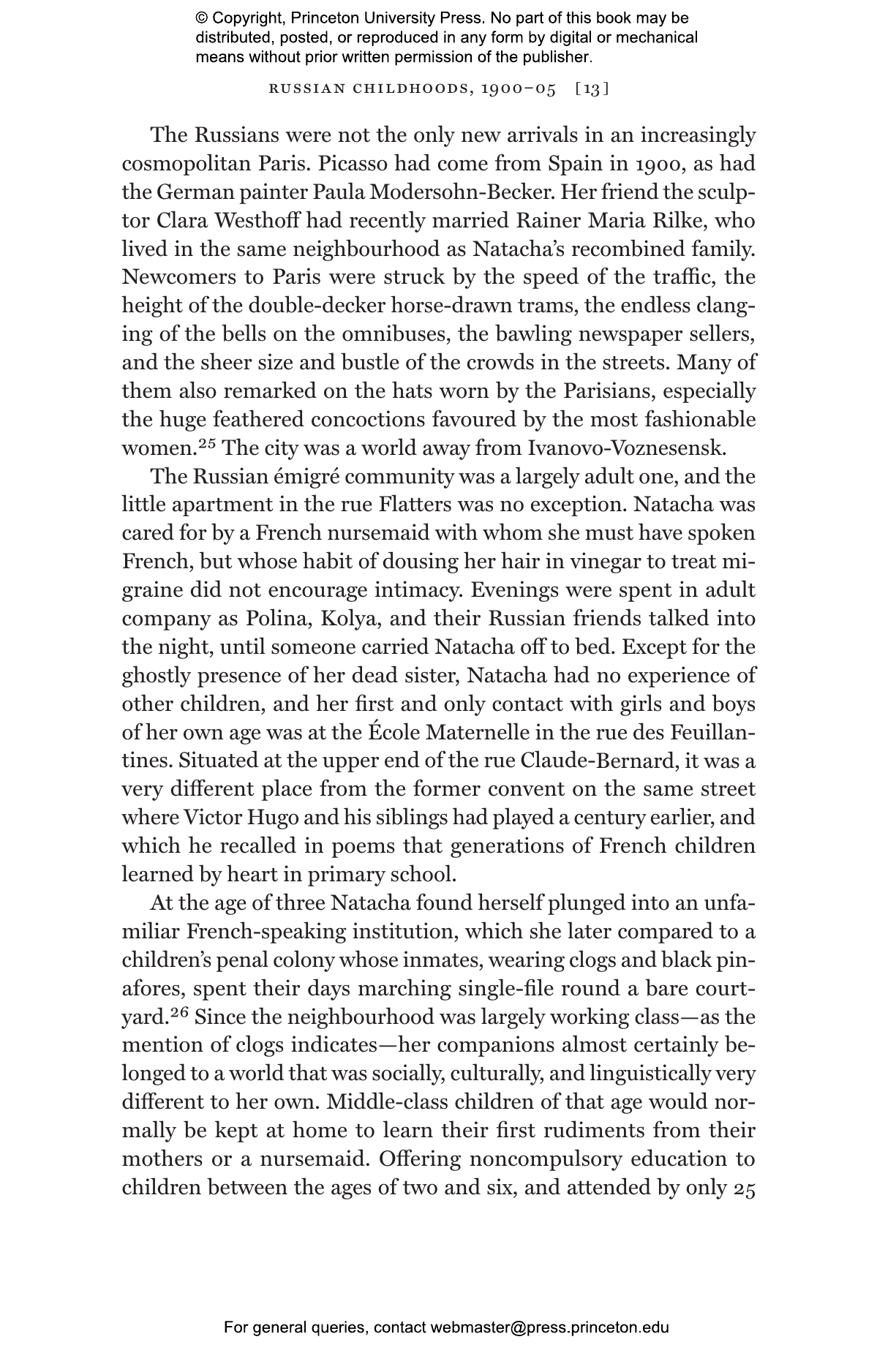 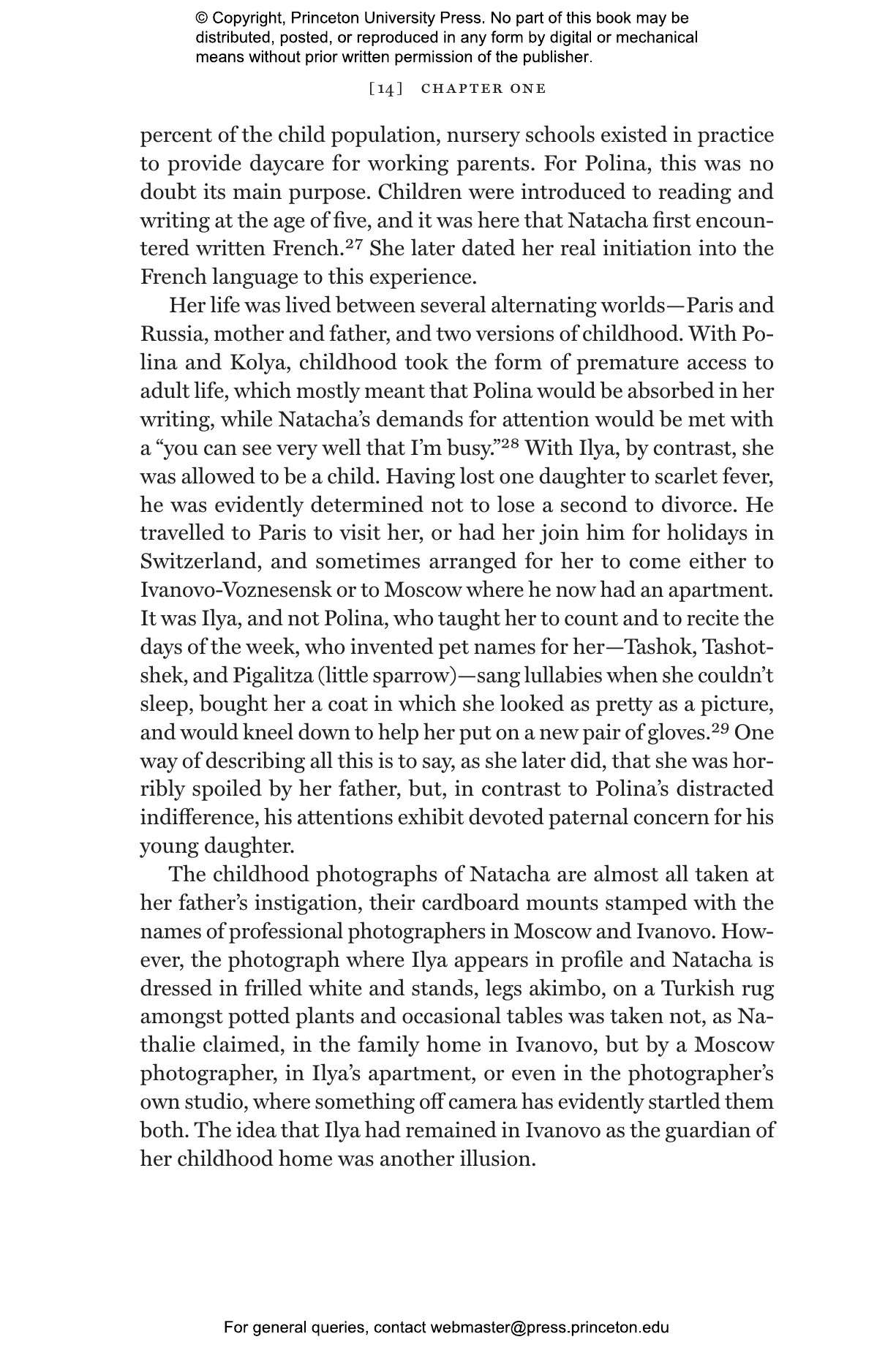 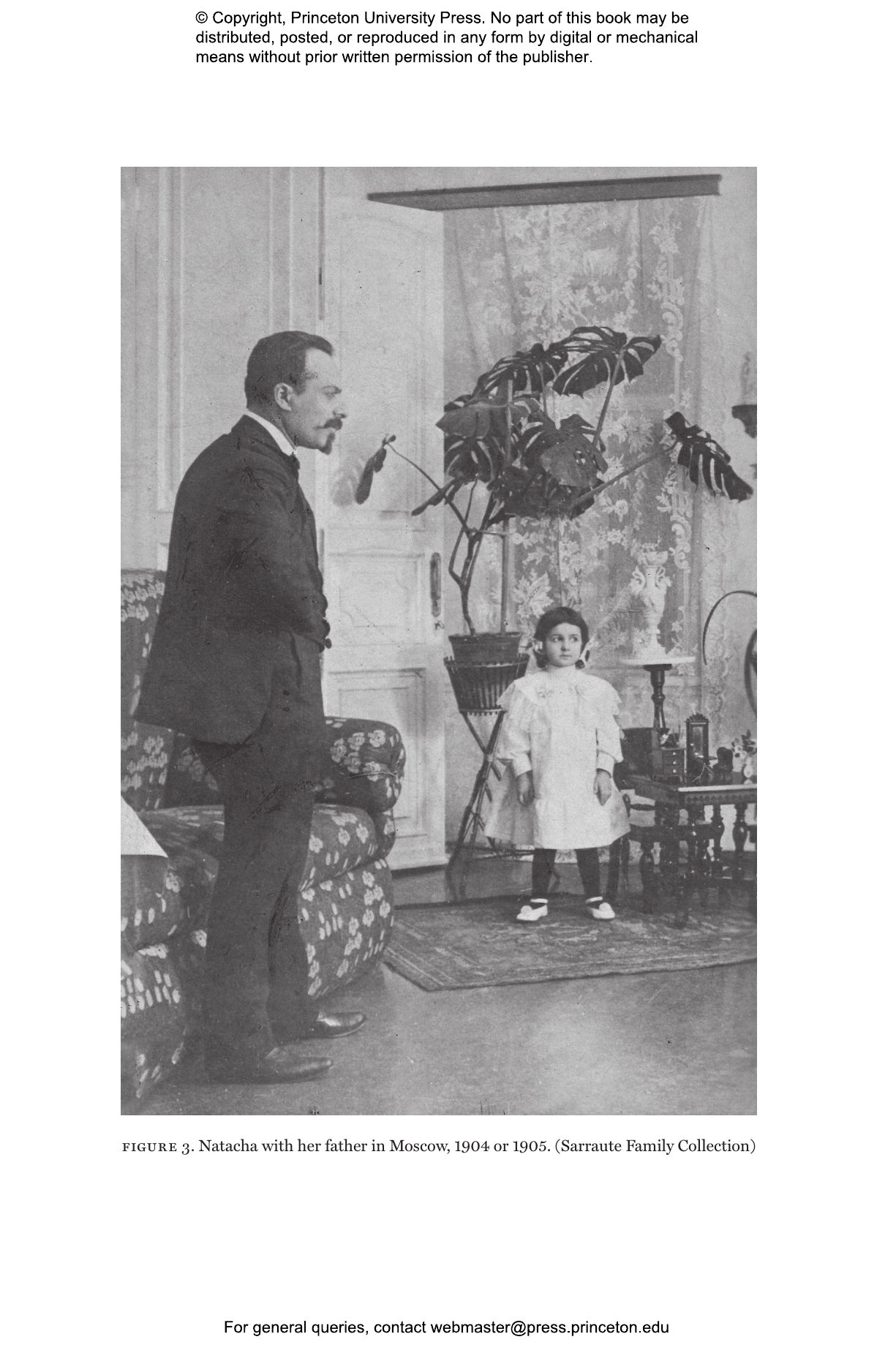 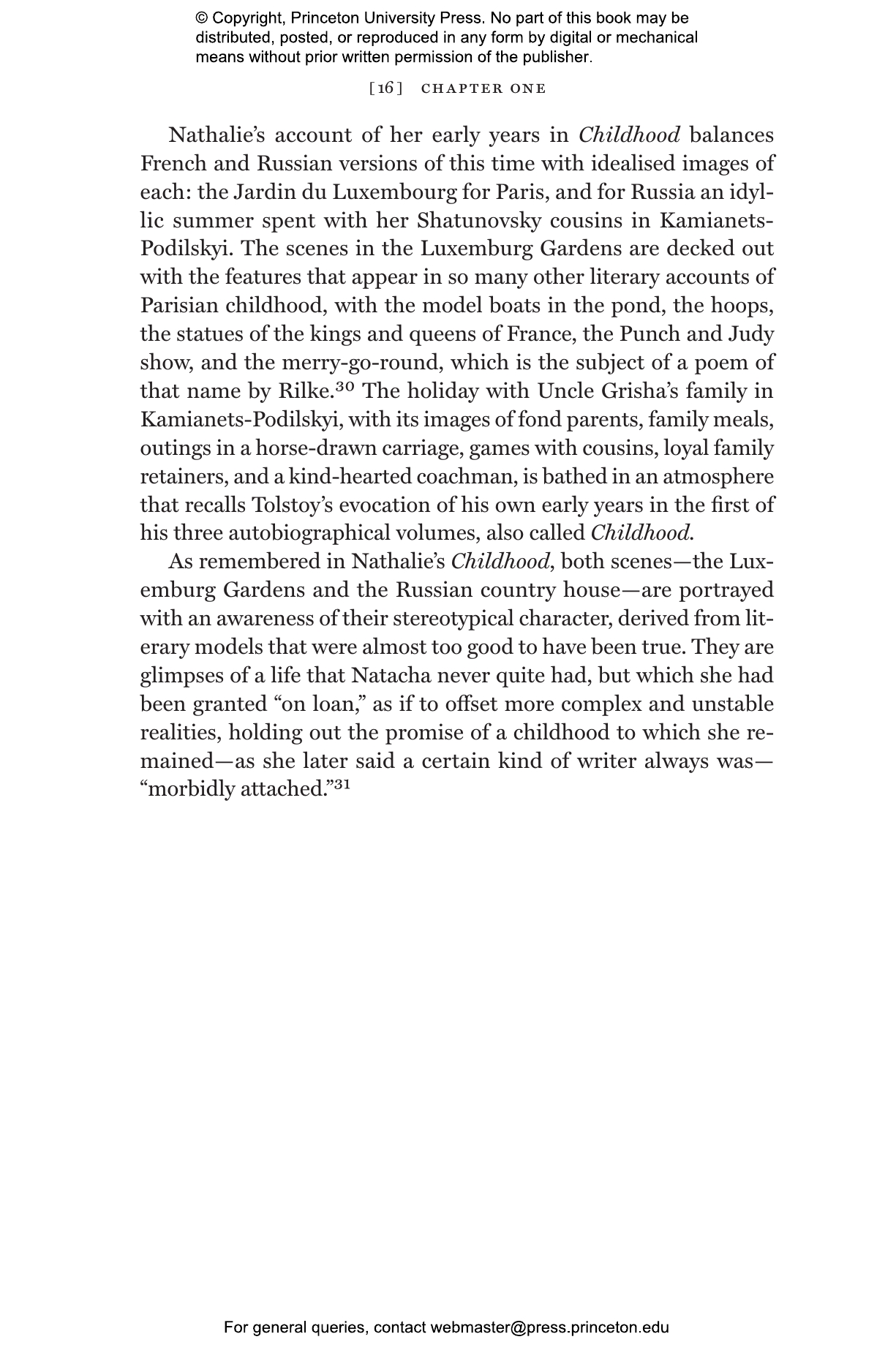 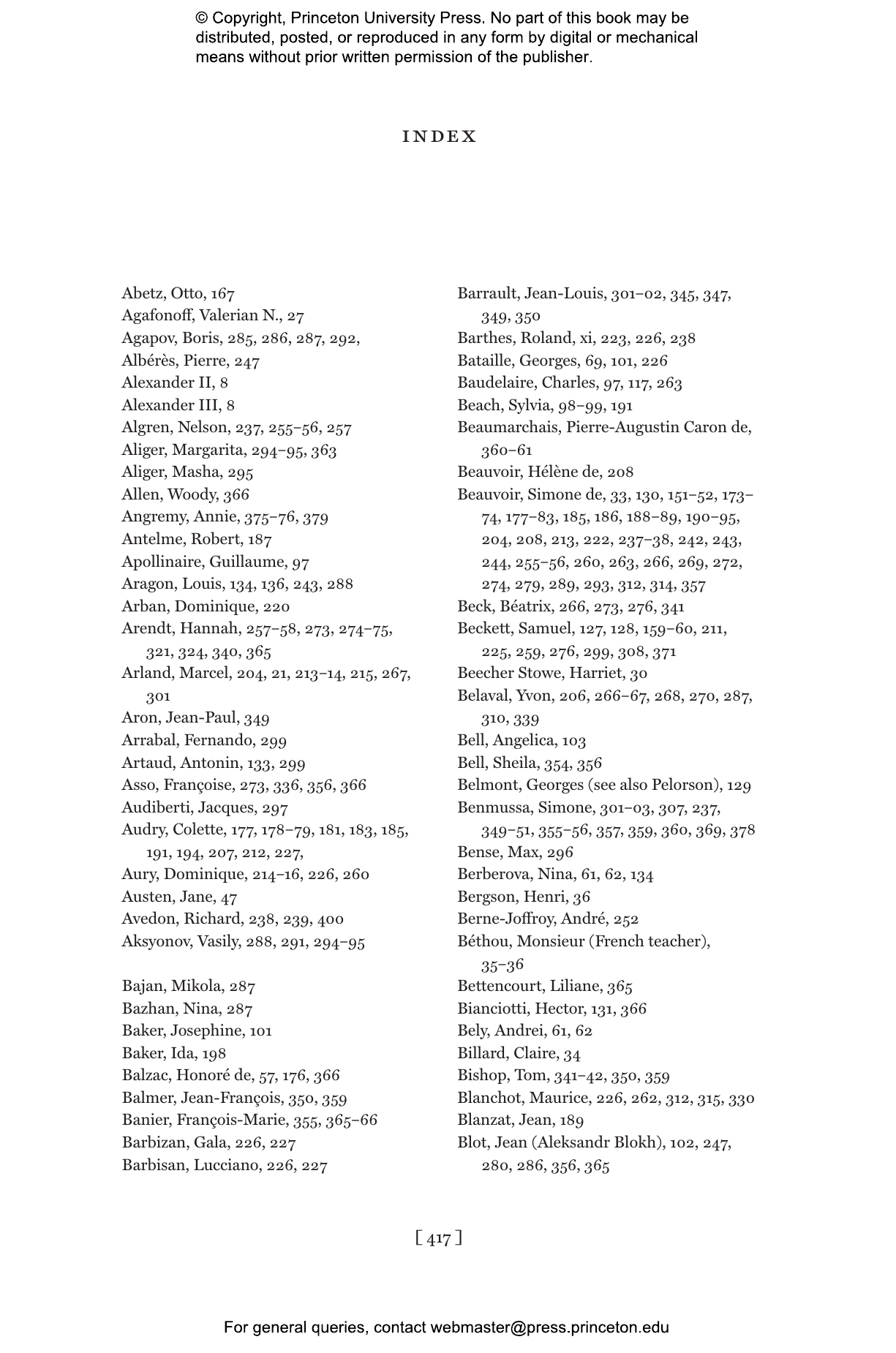 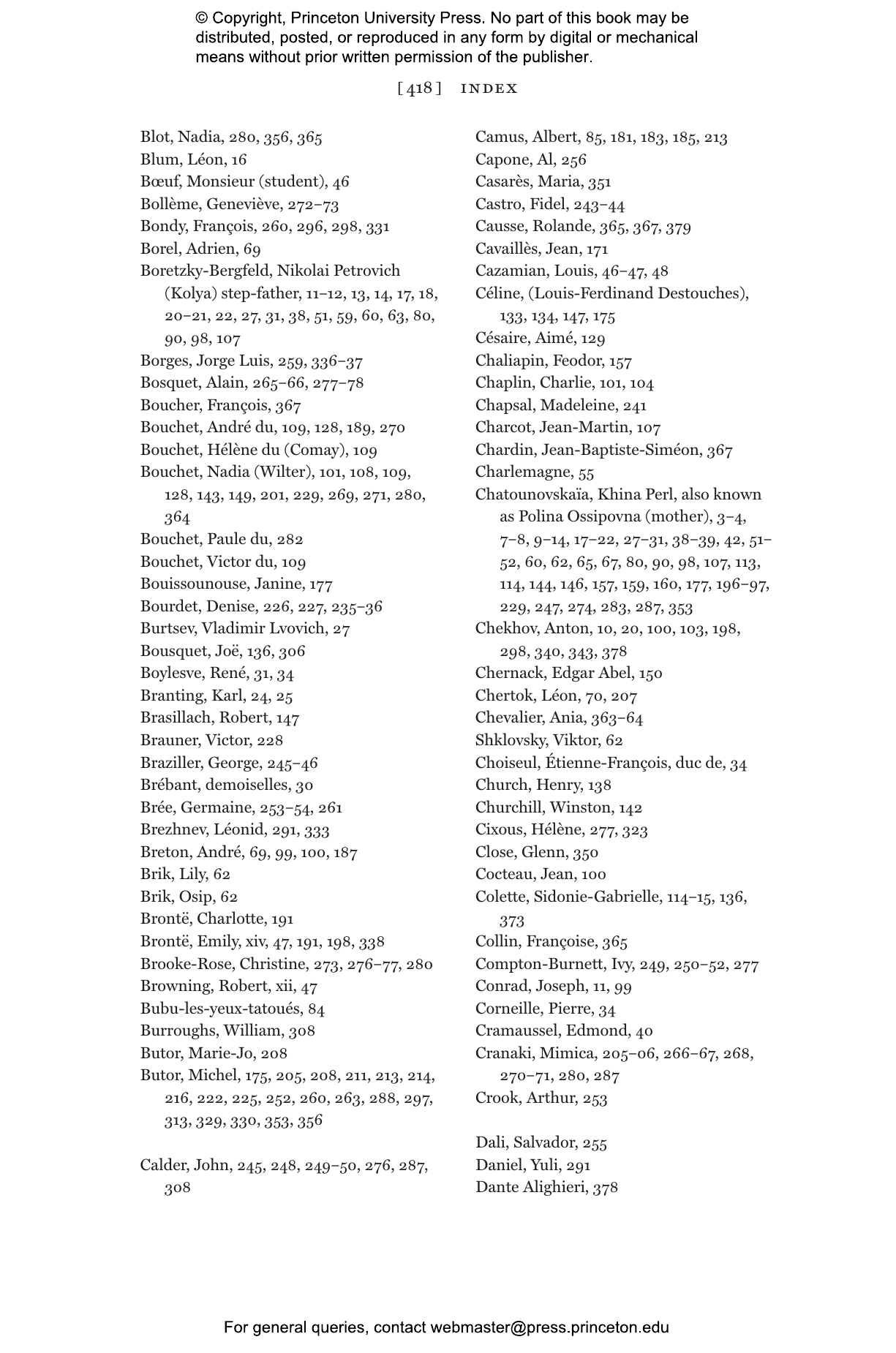 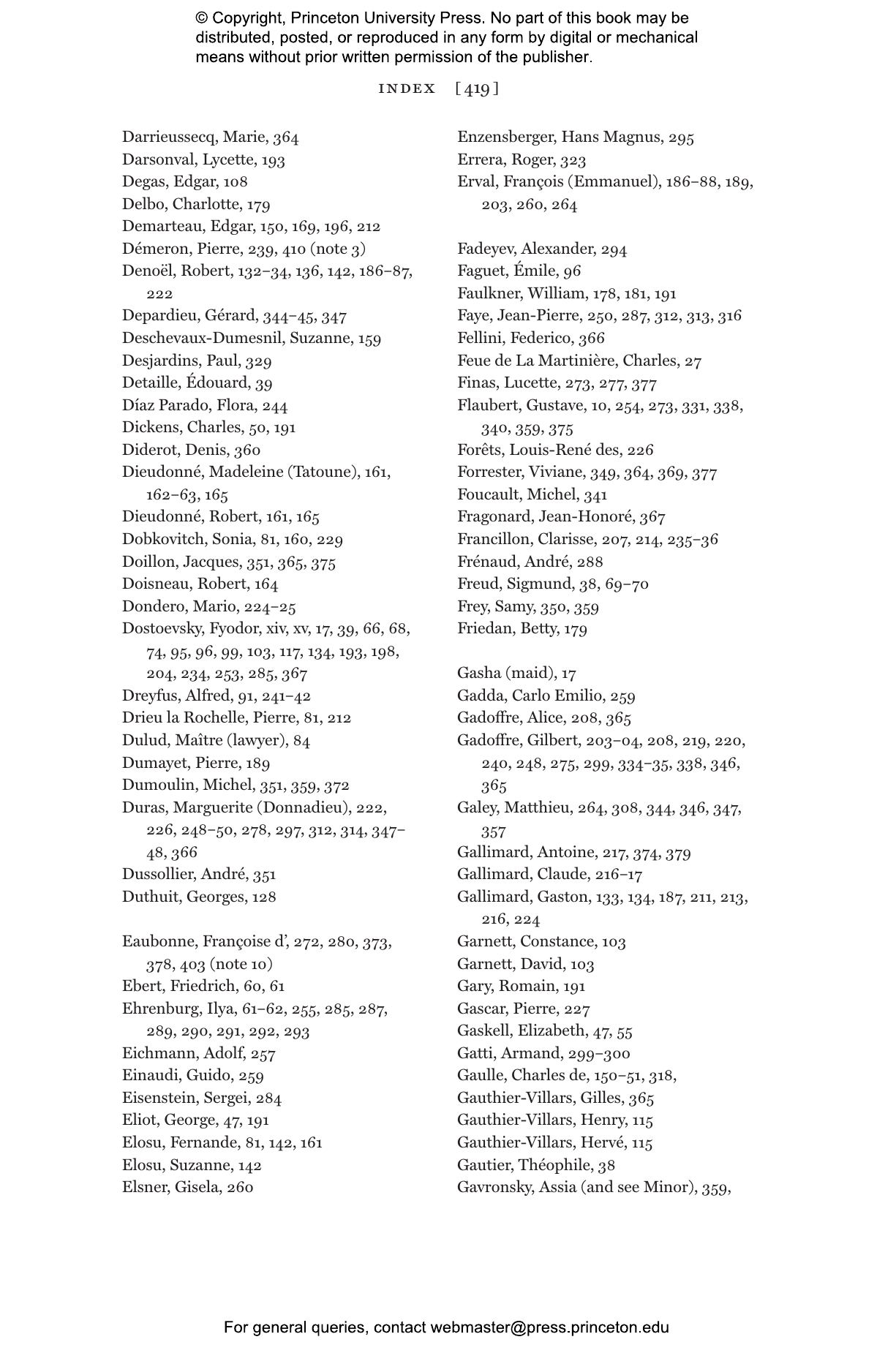 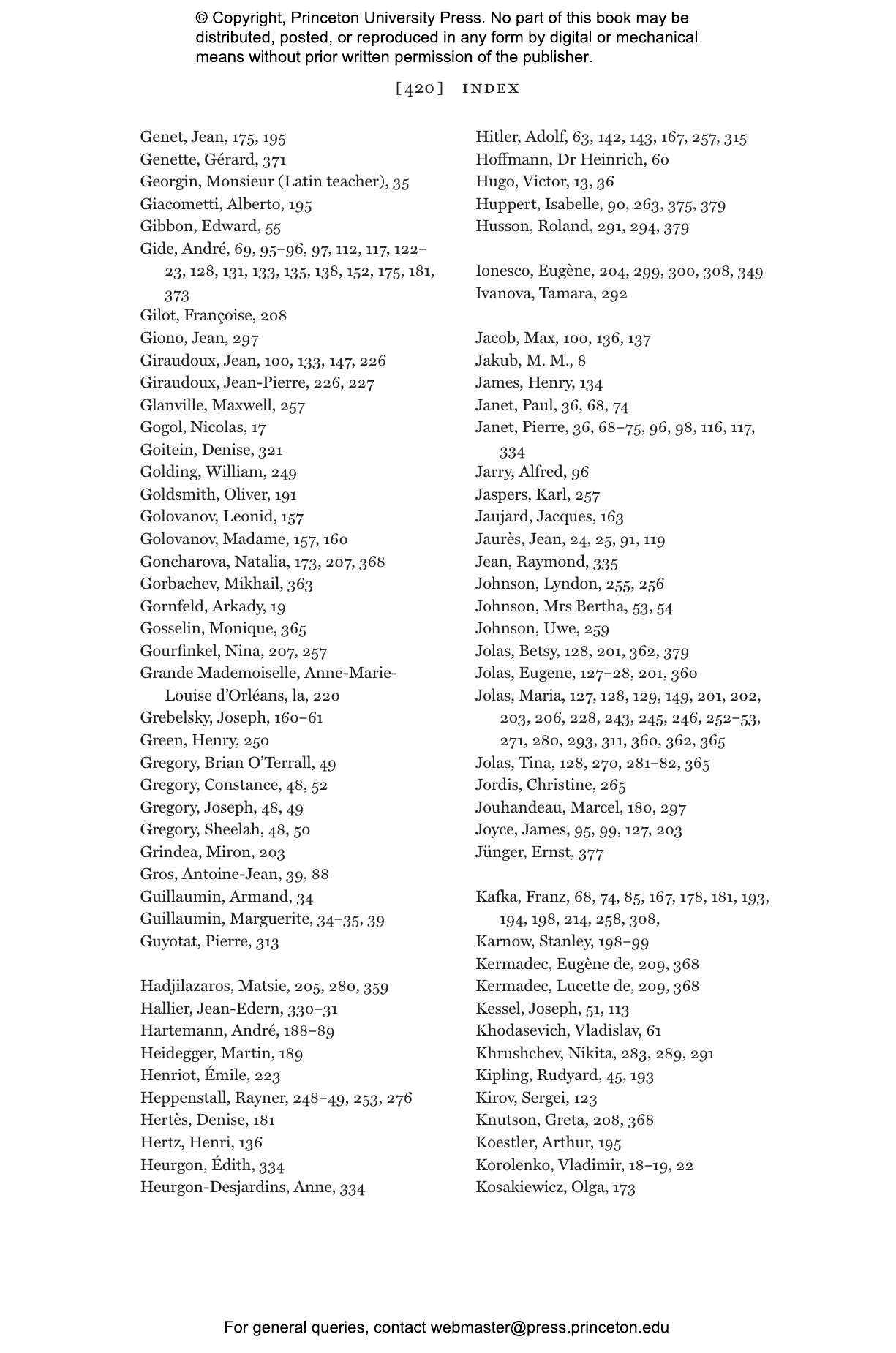 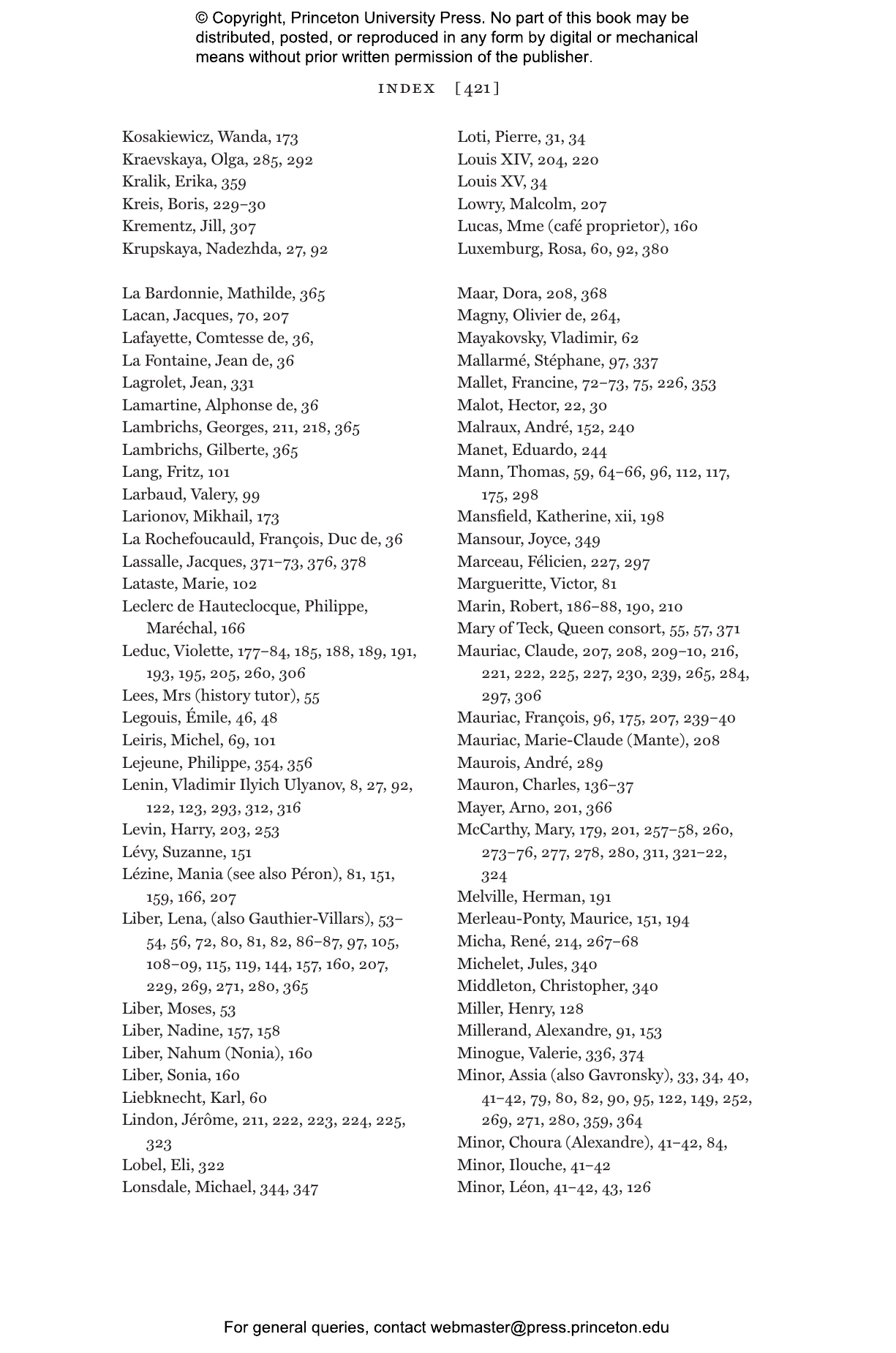 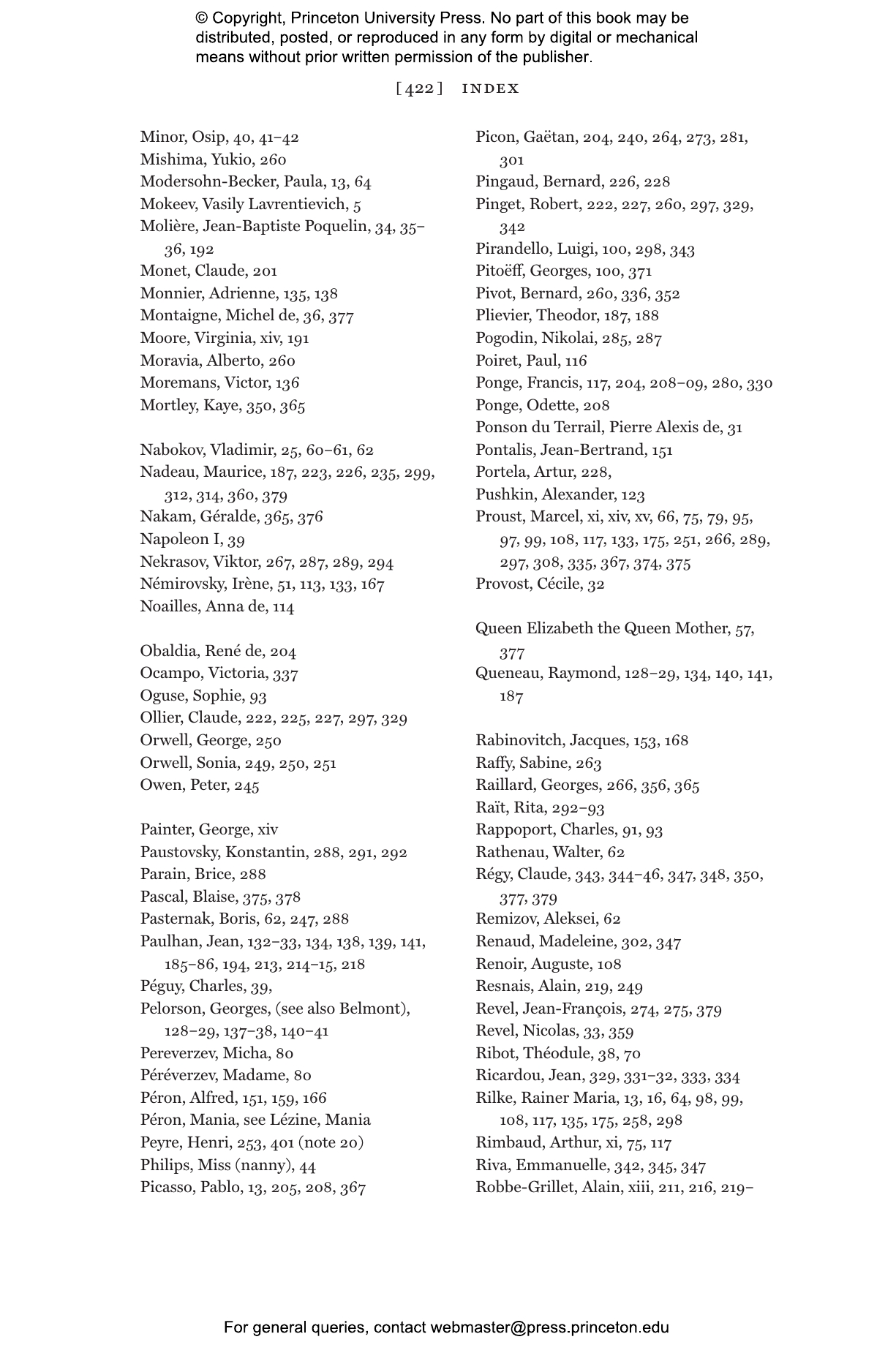 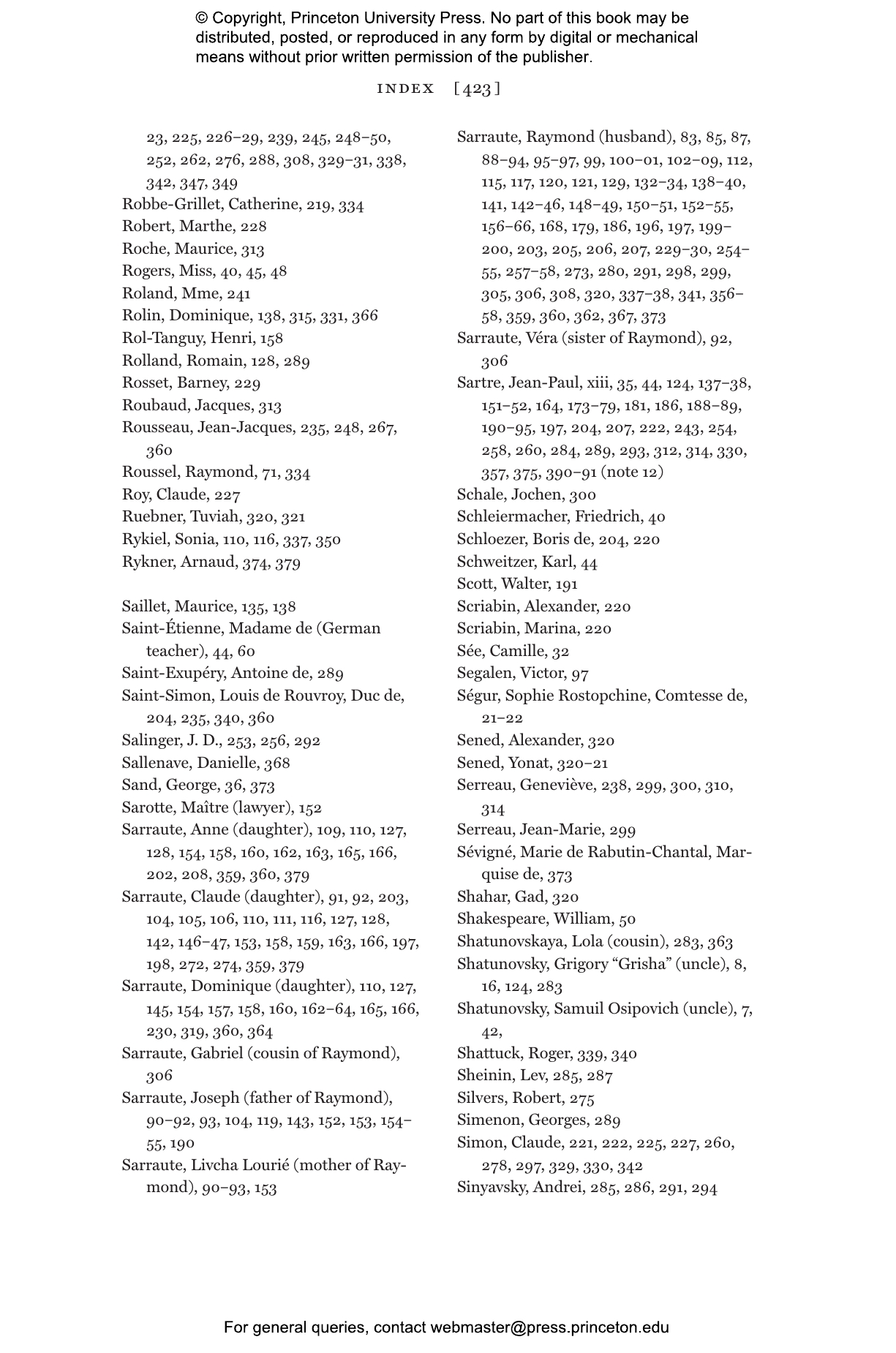 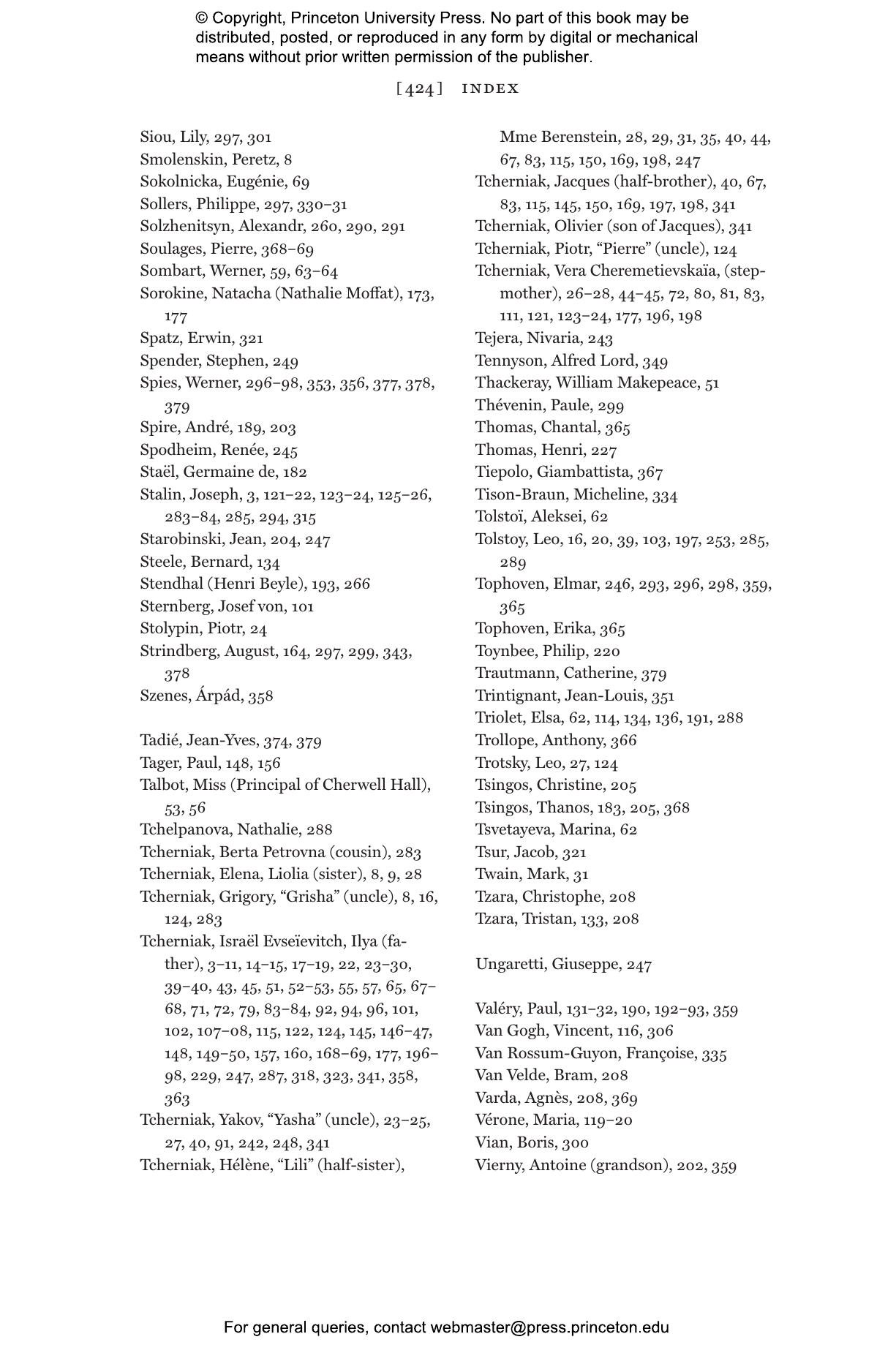 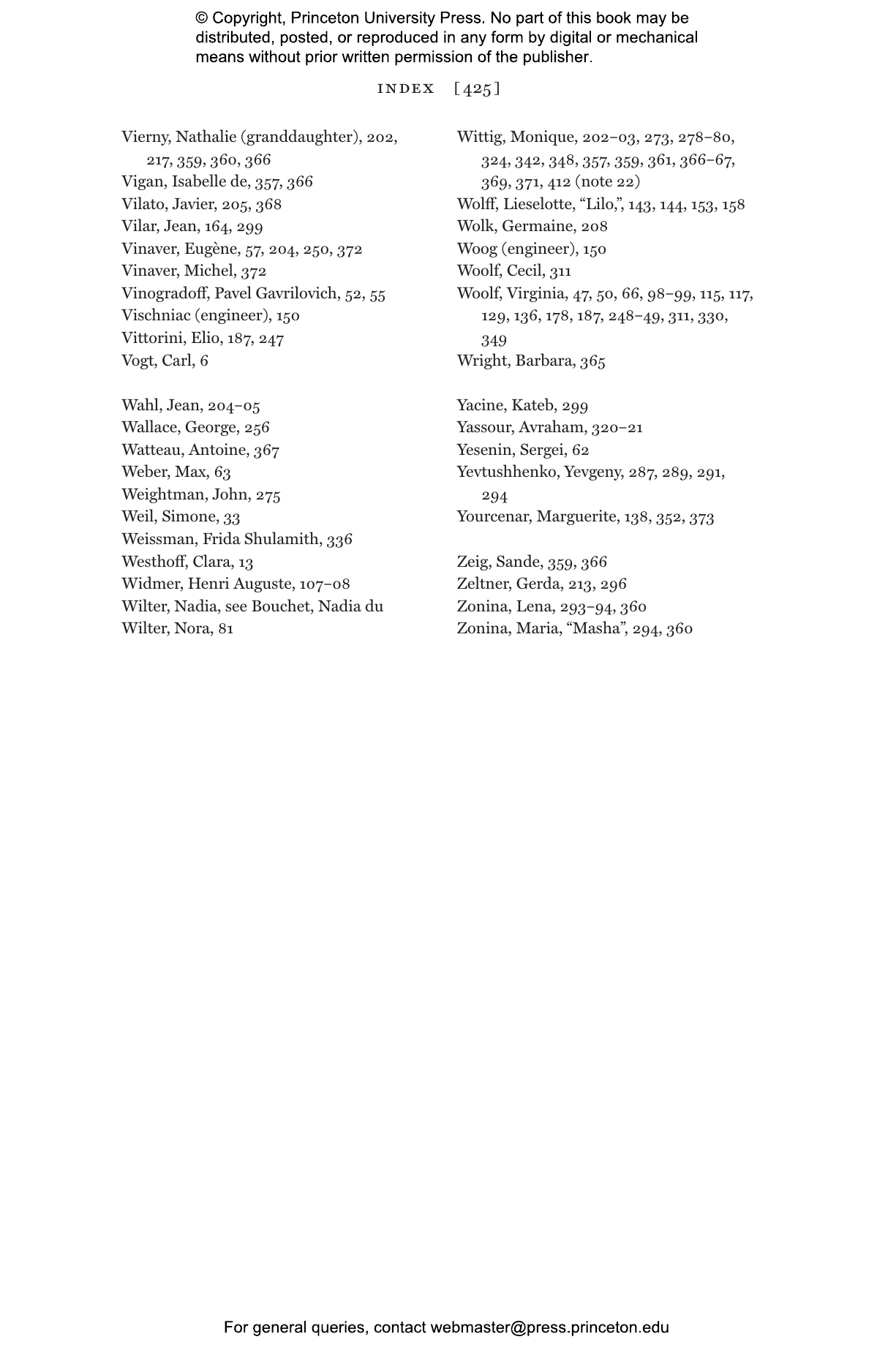 The definitive biography of a leading twentieth-century French writer 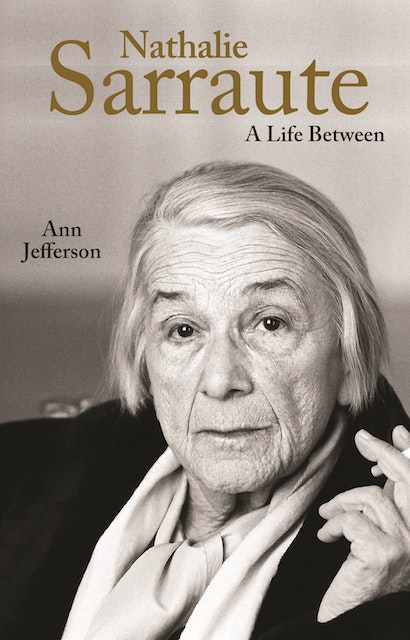 A leading exponent of the nouveau roman, Nathalie Sarraute (1900–1999) was also one of France’s most cosmopolitan literary figures, and her life was bound up with the intellectual and political ferment of twentieth-century Europe. Ann Jefferson’s Nathalie Sarraute: A Life Between is the authoritative biography of this major writer.

Sarraute’s life spanned a century and a continent. Born in tsarist Russia to Jewish parents, she was soon uprooted and brought to the city that became her lifelong home, Paris. This dislocation presaged a life marked by ambiguity and ambivalence. A stepchild in two families, a Russian émigré in Paris, a Jew in bourgeois French society, and a woman in a man’s literary world, Sarraute was educated at Oxford, Berlin, and the Sorbonne. She embarked on a career in law that was ended by the Nazi occupation of France, and she spent much of the war in hiding, under constant threat of exposure. Rising to literary eminence after the Liberation, she was initially associated with the existentialist circle of Beauvoir and Sartre, before becoming the principal theorist and practitioner of the avant-garde French novel of the 1950s and 1960s. Her tireless exploration of the deepest parts of our inner psychological life produced an oeuvre that remains daringly modern and resolutely unclassifiable.

Nathalie Sarraute: A Life Between explores Sarraute’s work and the intellectual, social, and political context from which it emerged. Drawing on newly available archival material and Sarraute’s letters, this deeply researched biography is the definitive account of a life lived between countries, families, languages, literary movements, and more.

Ann Jefferson is professor emerita of French at the University of Oxford and the author of several books on French literature and culture, including Genius in France: An Idea and Its Uses (Princeton).

"A major contribution to Sarraute studies. . . . [Jefferson’s] account of Sarraute’s life and career will be indispensable reading not just for scholars, but for anyone who wants to know who Nathalie Sarraute was."—Toril Moi, London Review of Books

"[This] compelling biographical portrait leaves no doubt that Sarraute, at least for an elusive moment, cast off old encumbrances and set literature at a new angle to the world."—Benjamin Balint, Wall Street Journal

"Ann Jefferson’s scrupulous and deeply knowledgeable biography deserves to revive Sarraute’s reputation. . . . [The] story she tells illuminates a key phase in 20th-century French culture as embodied by one of its most idiosyncratic representatives."—Paul Dean, Hopkins Review

"Nathalie Sarraute’s declaration to an interviewer in 1978 summed up a long life (she lived to 99) of passionate, unflinching commitment to writing. Ann Jefferson’s lively and engaging biography of the French novelist and dramatist shows how this commitment often set her at odds with dominant literary fashions."—Michael Cronin, Irish Times

"Ann Jefferson's biography of Nathalie Sarraute is impeccably researched and elegantly written. The reader turns the final pages with sorrow and regret—both that Sarraute's life is over, and that this marvelous book has come to an end."—Alice Kaplan, author of Looking for "The Stranger": Albert Camus and the Life of a Literary Classic

“In Ann Jefferson, Nathalie Sarraute has found the ideal biographer. Fluent in French and Russian, and an internationally renowned expert on Sarraute’s writing, Jefferson has succeeded in telling the story of Sarraute’s life in an admirably neutral key, in keeping with Sarraute’s own literary principles. Rigorously researched, the book offers startling new information about Sarraute’s harrowing experiences as a persecuted Jew in France during the Occupation. This is the biography of record, indispensable for anyone interested in Sarraute.”—Toril Moi, Duke University

“This first biography of Nathalie Sarraute gives us a rich portrait of the woman behind the avant-garde French novelist. Ann Jefferson, a distinguished critic of Sarraute’s work who knew the author personally, recounts with verve the writer’s family life, her survival during World War II, and her active role in the literary world of postwar Paris. Based on archival sources as well as personal papers and reminiscences provided by Sarraute’s family, this is a must-read for anyone interested in modern French literature.”—Susan Rubin Suleiman, author of The Némirovsky Question: The Life, Death, and Legacy of a Jewish Writer in 20th-Century France

"A magnificent achievement: fascinating, readable, exhaustive. It is the definitive biography this important literary figure deserves."—Elisabeth Ladenson, author of Dirt for Art's Sake: Books on Trial from "Madame Bovary" to "Lolita"