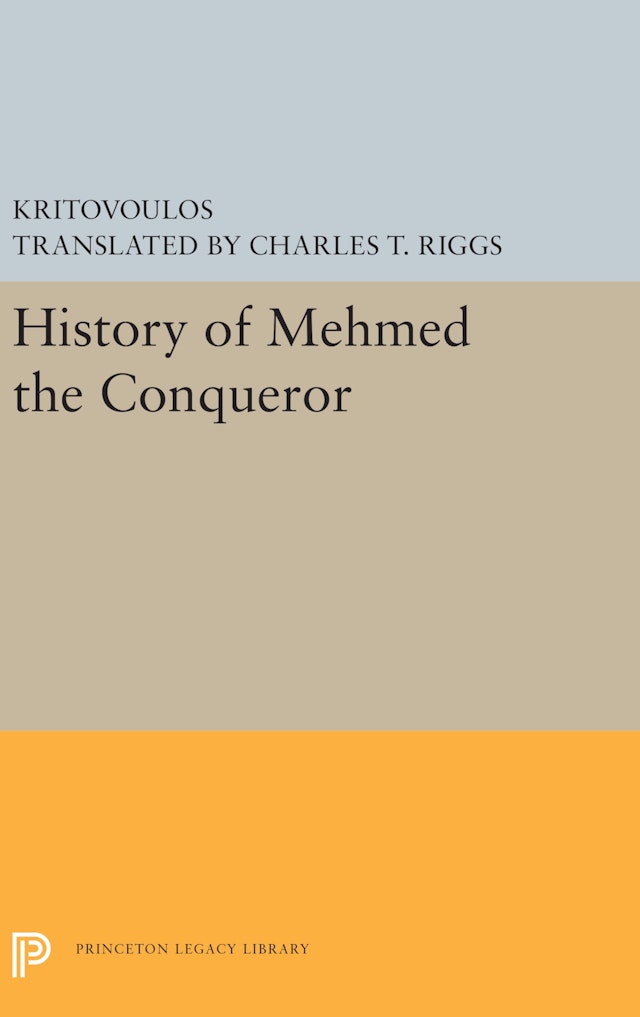 Five hundred years ago the great walled city of Constantinople fell under the relentless siege of the Ottoman Turks led by Sultan Mehmed II, Mehmed the Conqueror. Kristovoulos, one of the vanquished Greeks, later entered into the service of the Conqueror and began to write a history of the Sultan’s life, starting with the year 1451, the beginning of Mehmed’s 31-year reign. Death apparently prevented Kritovoulos from completing his account, but the manuscript covering the first seventeen years has been preserved and this exciting chronicle is here translated into English for the first time.
Charles T. Riggs, who died in February 1953 at Robert College in modern Istanbul, was a missionary in the Near East.