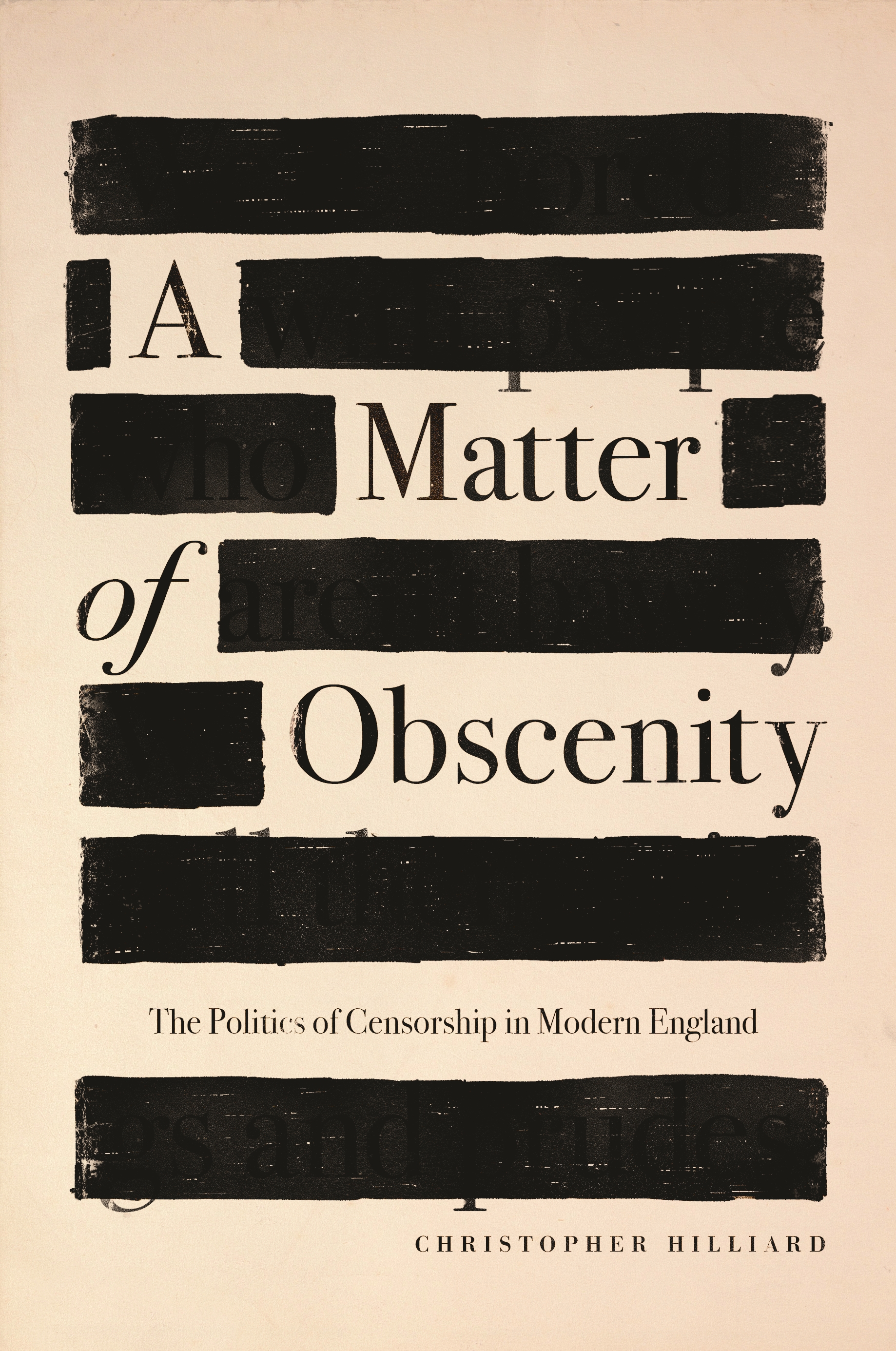 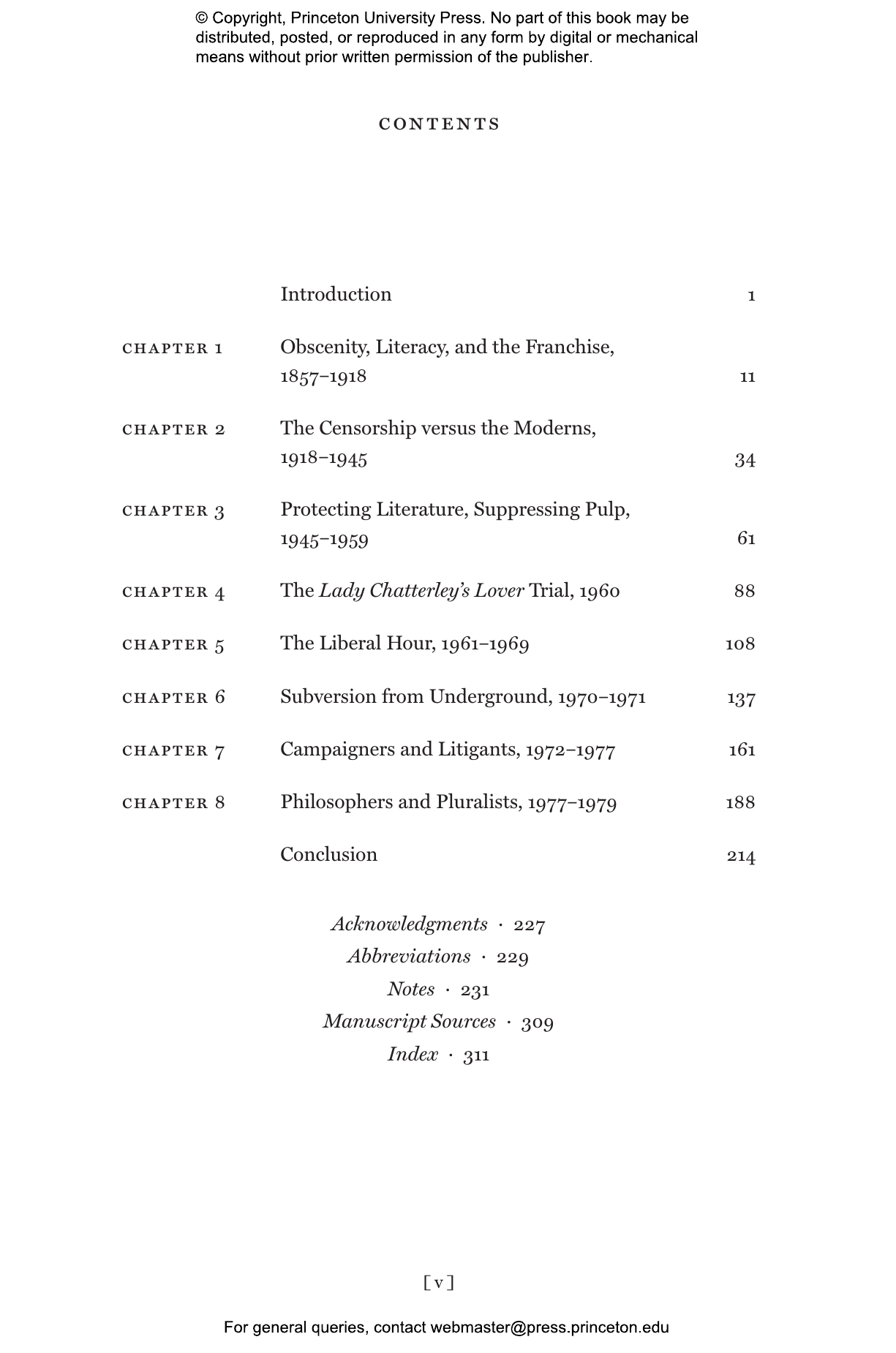 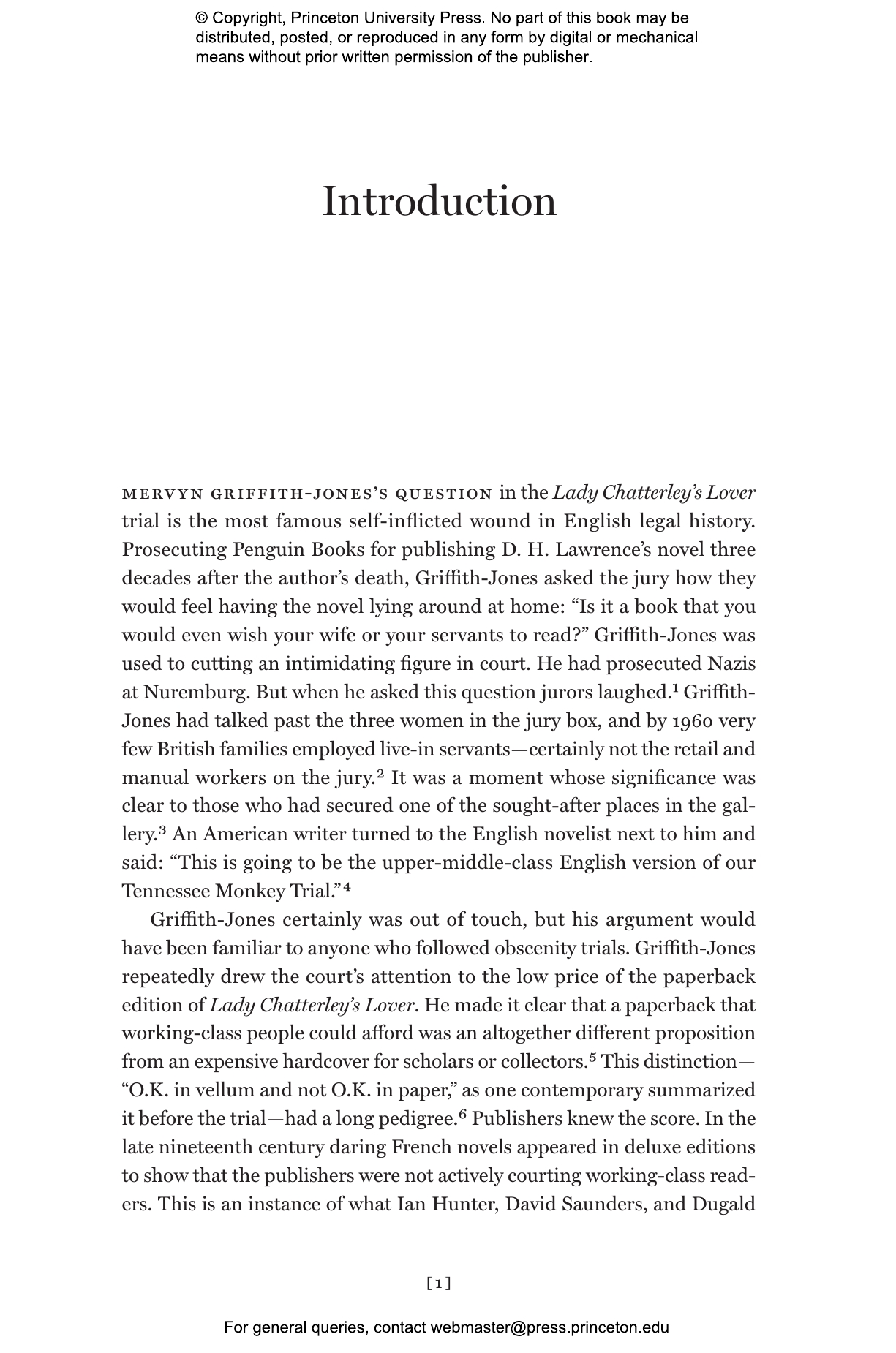 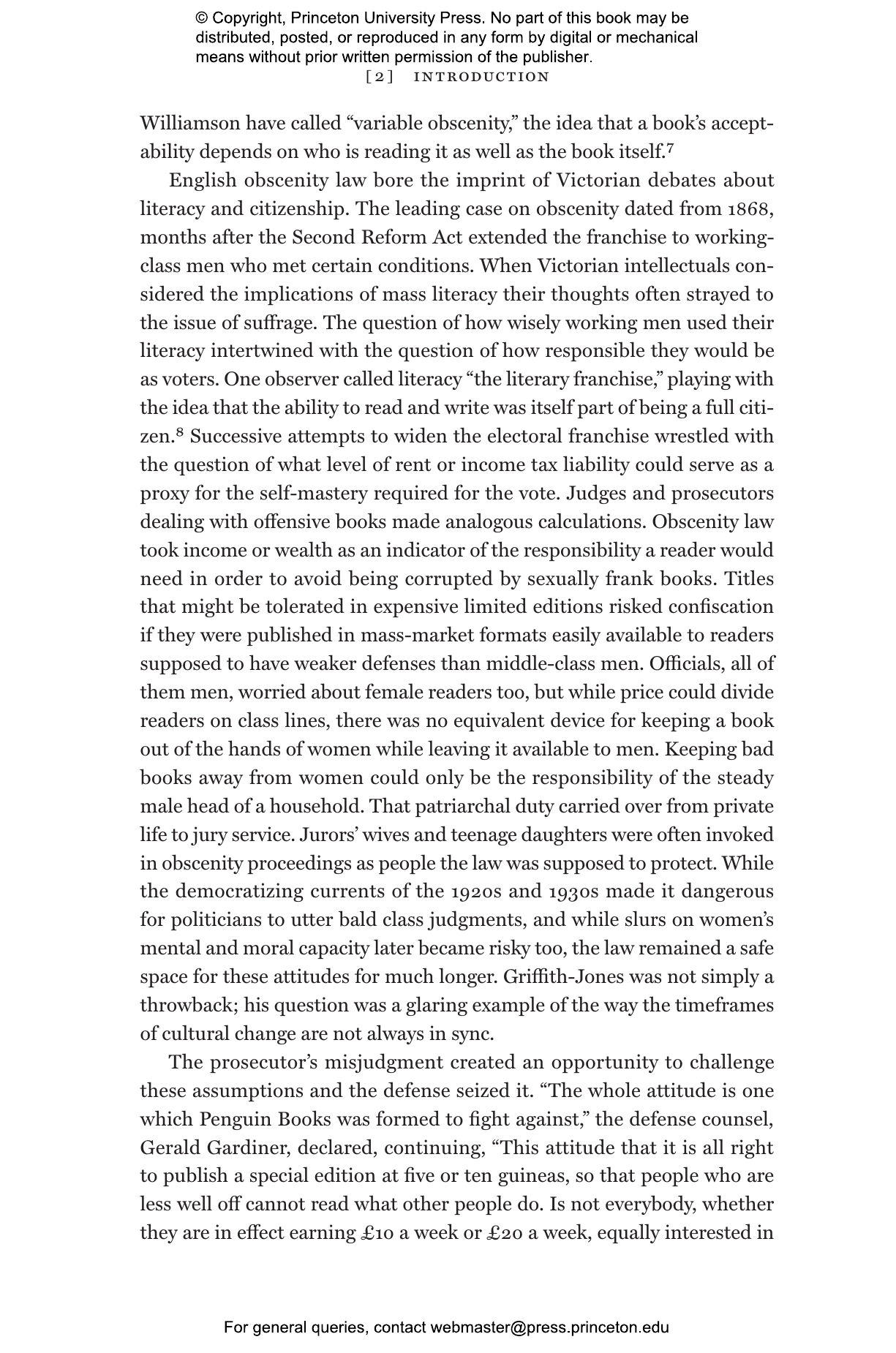 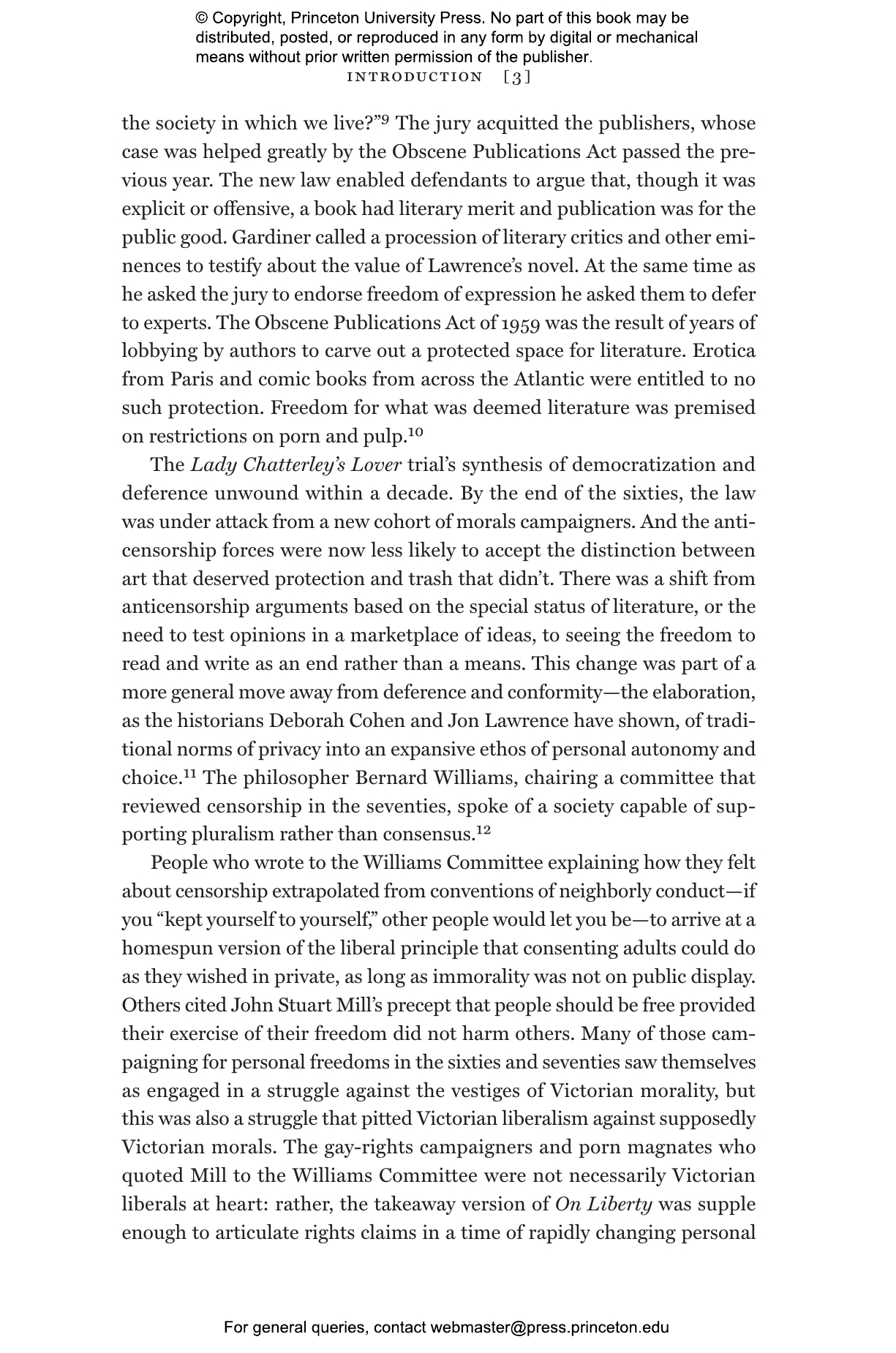 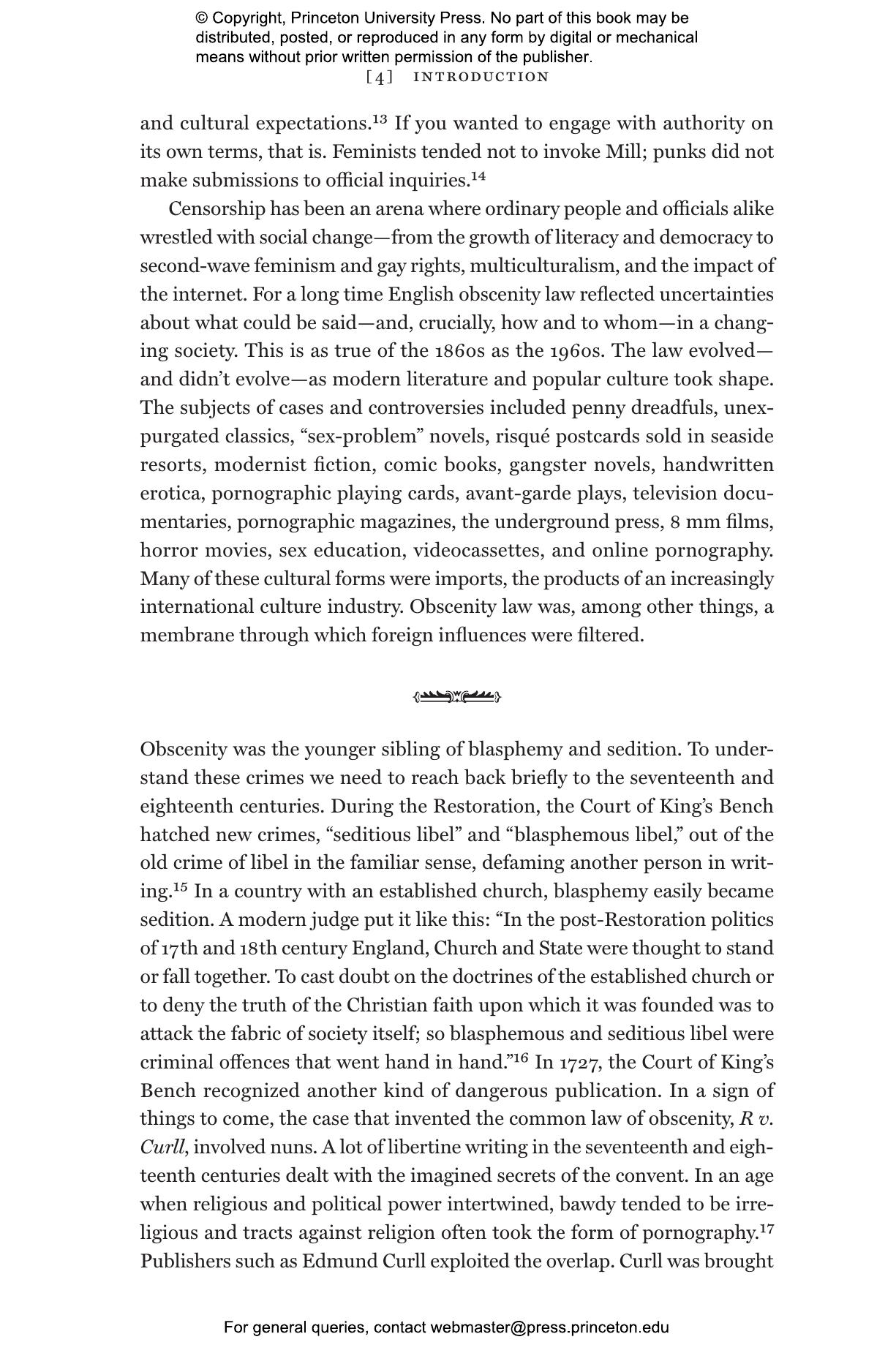 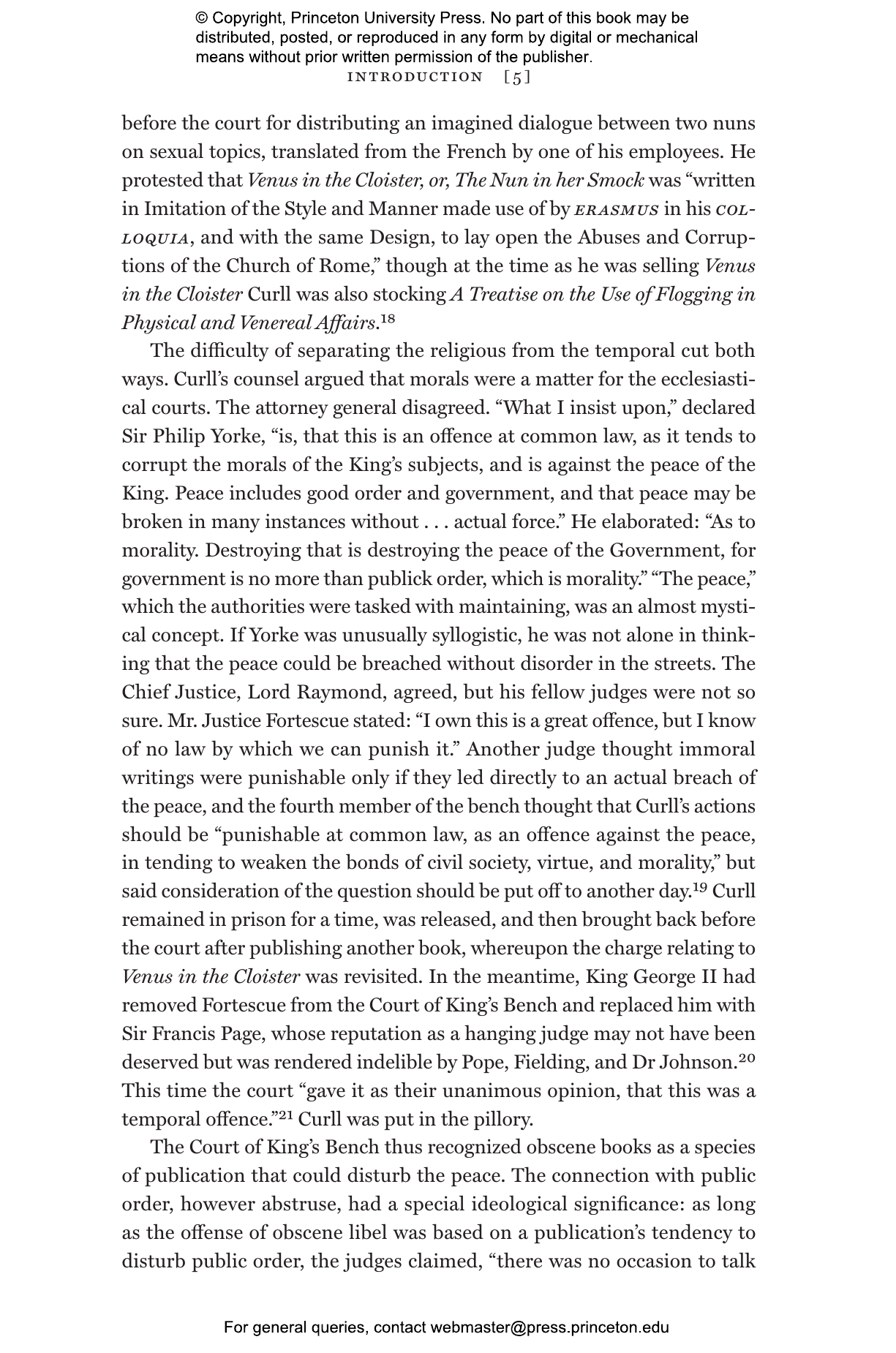 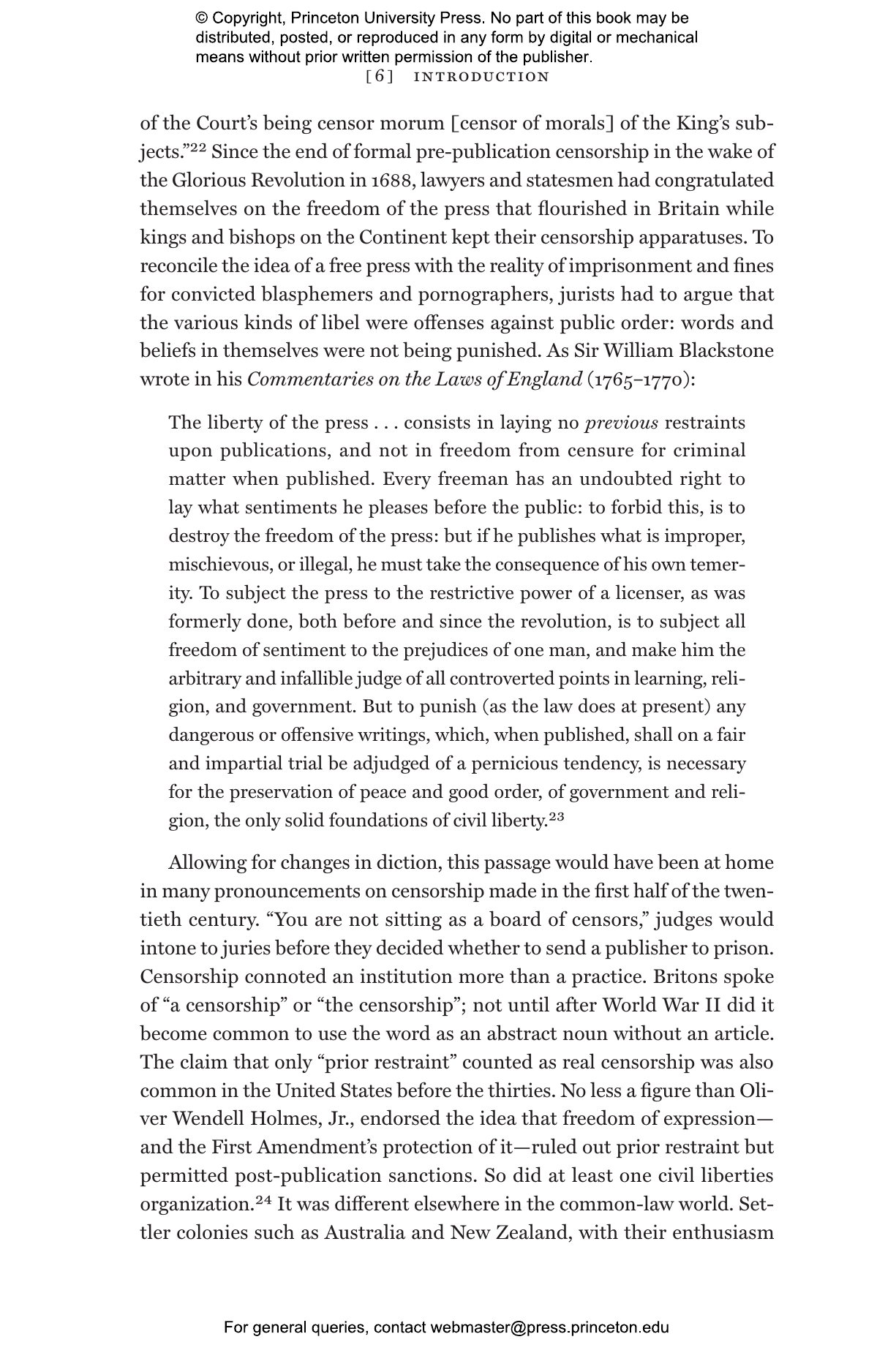 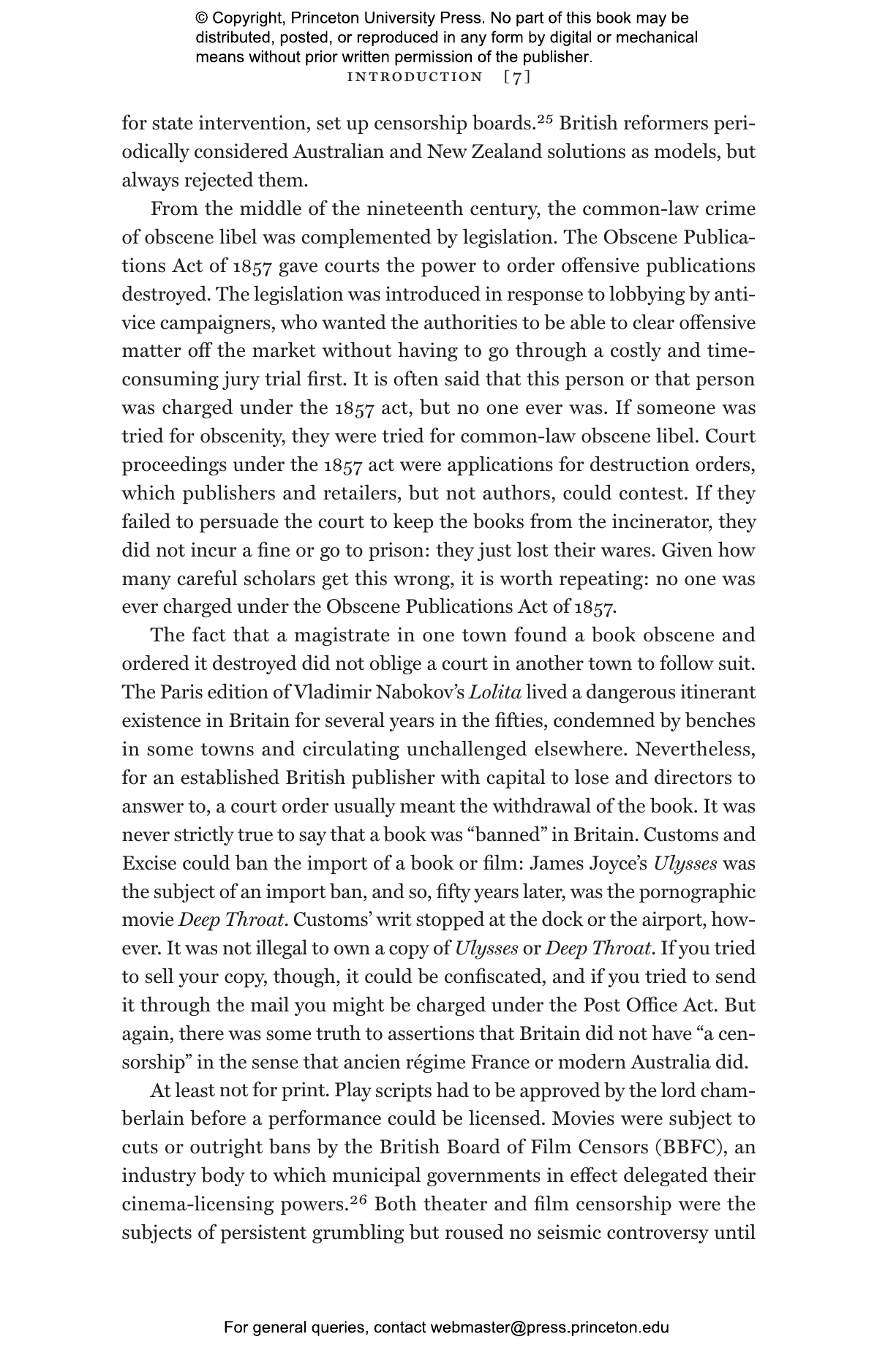 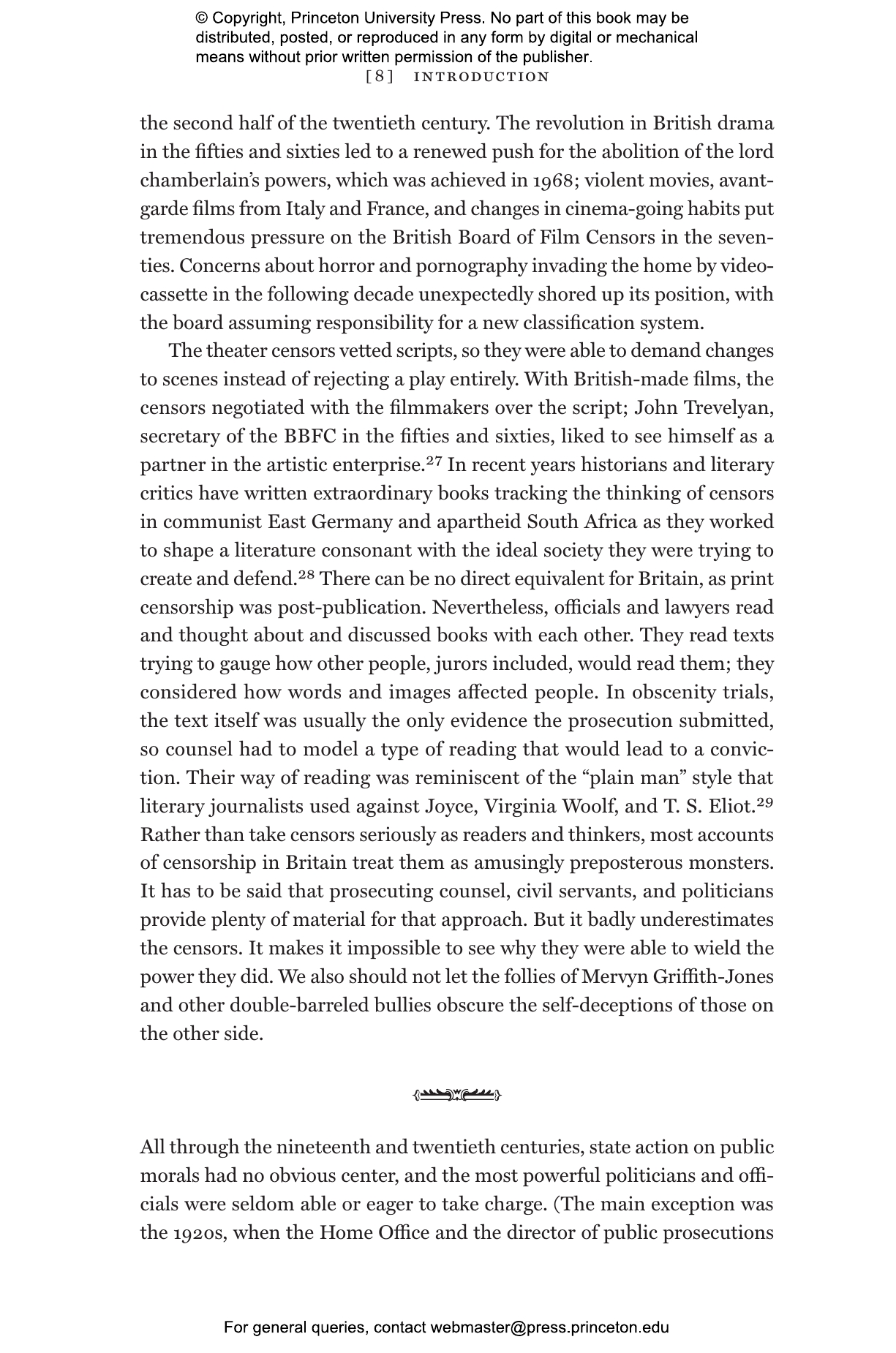 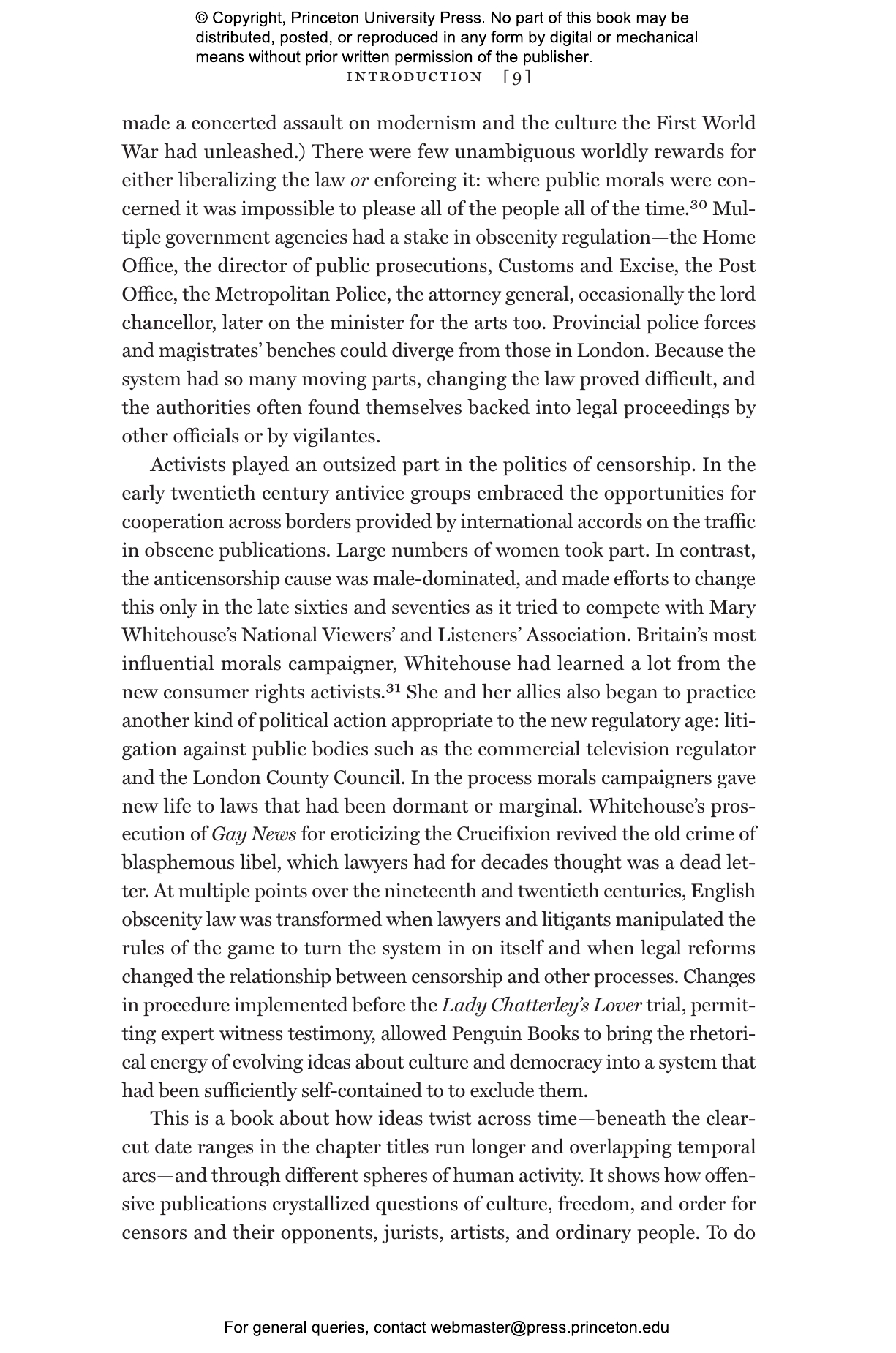 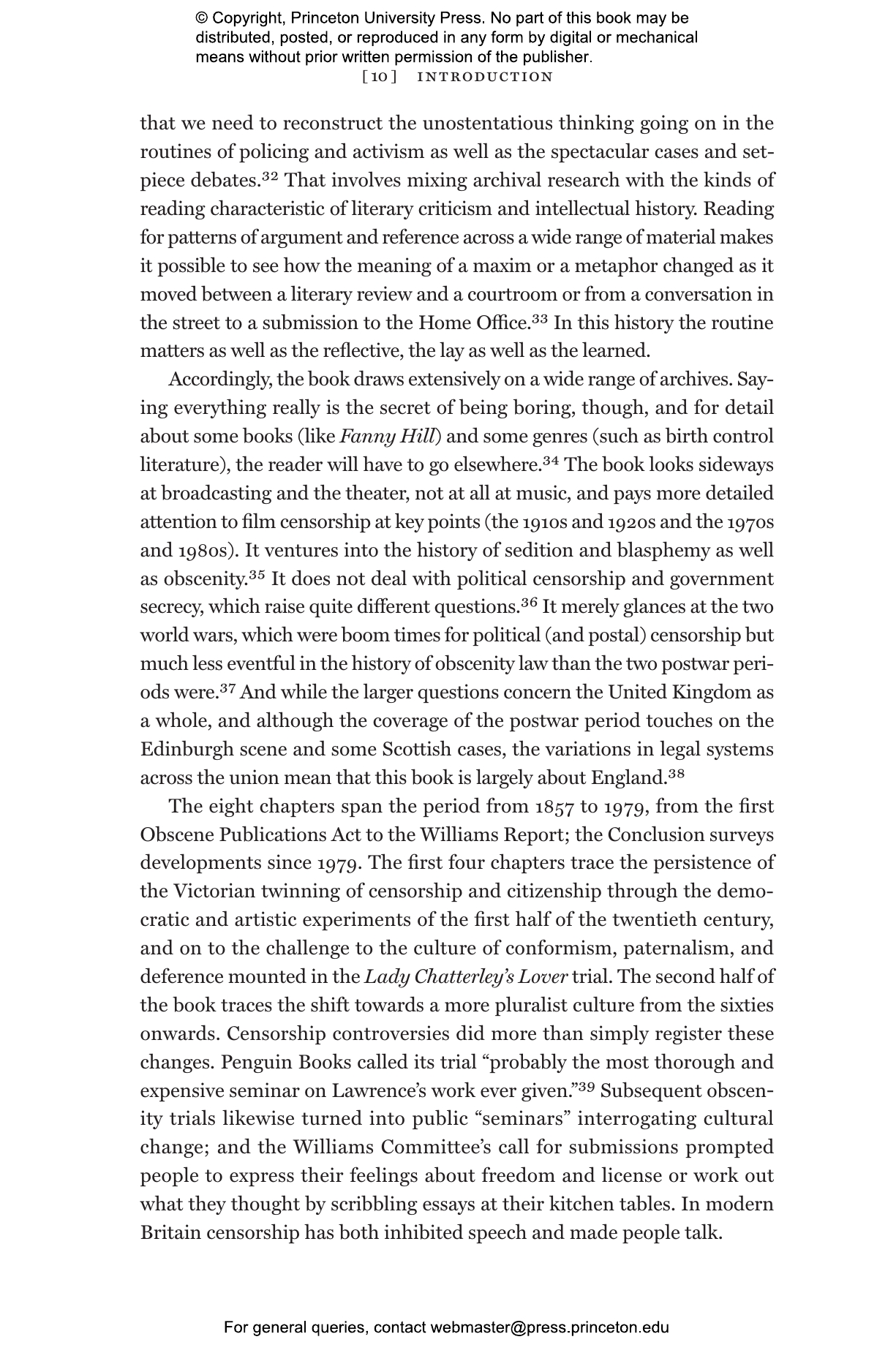 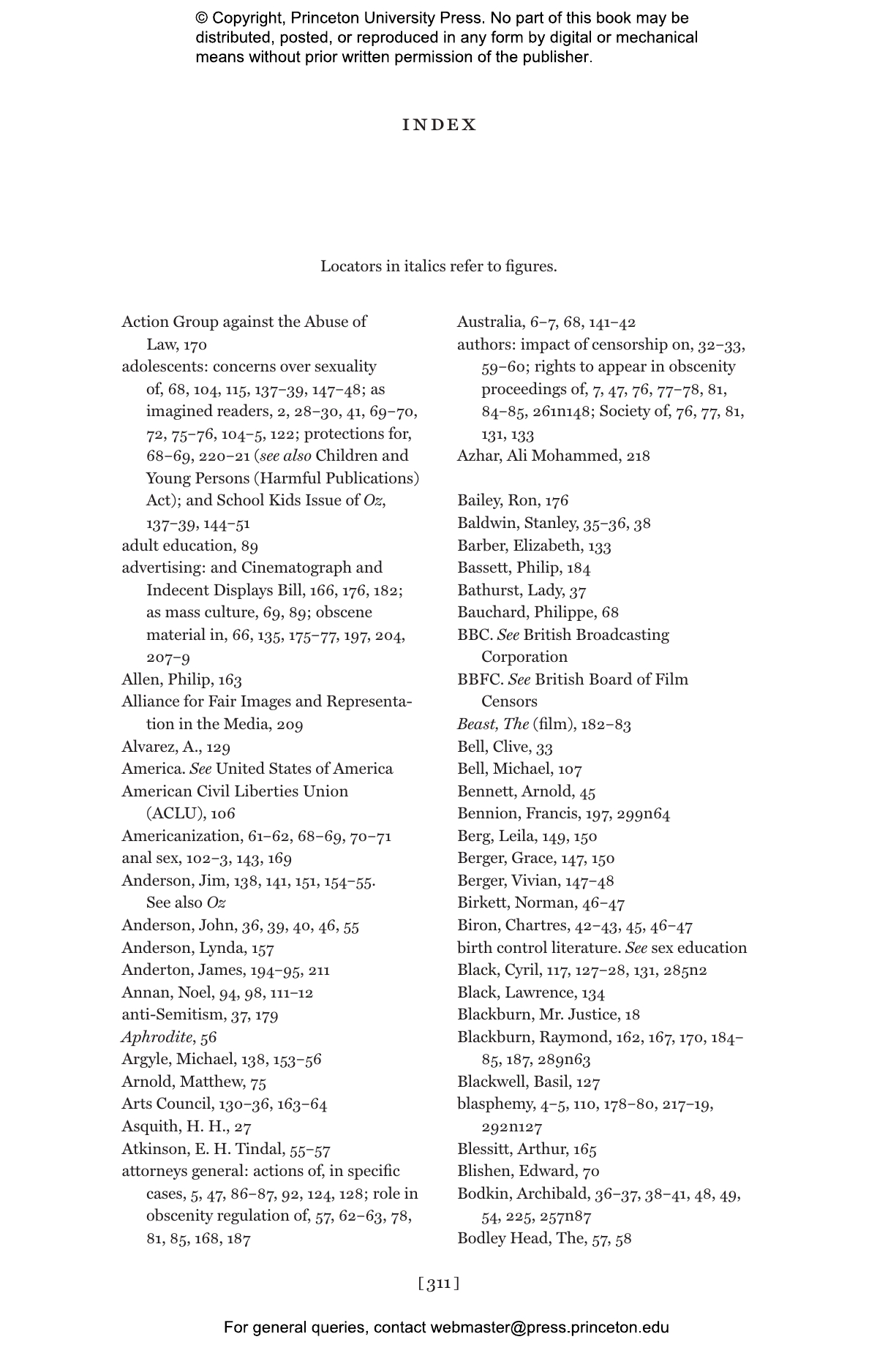 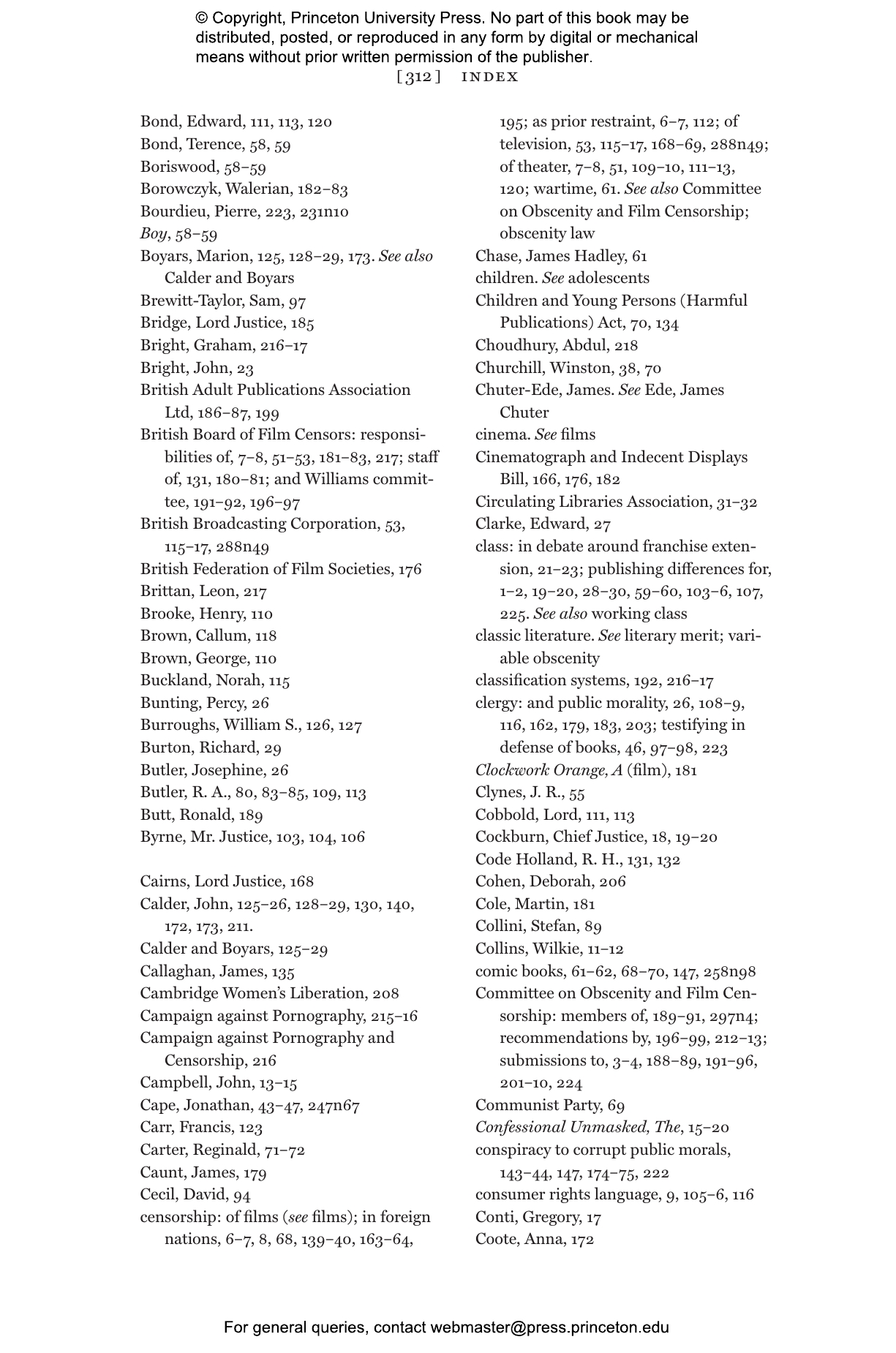 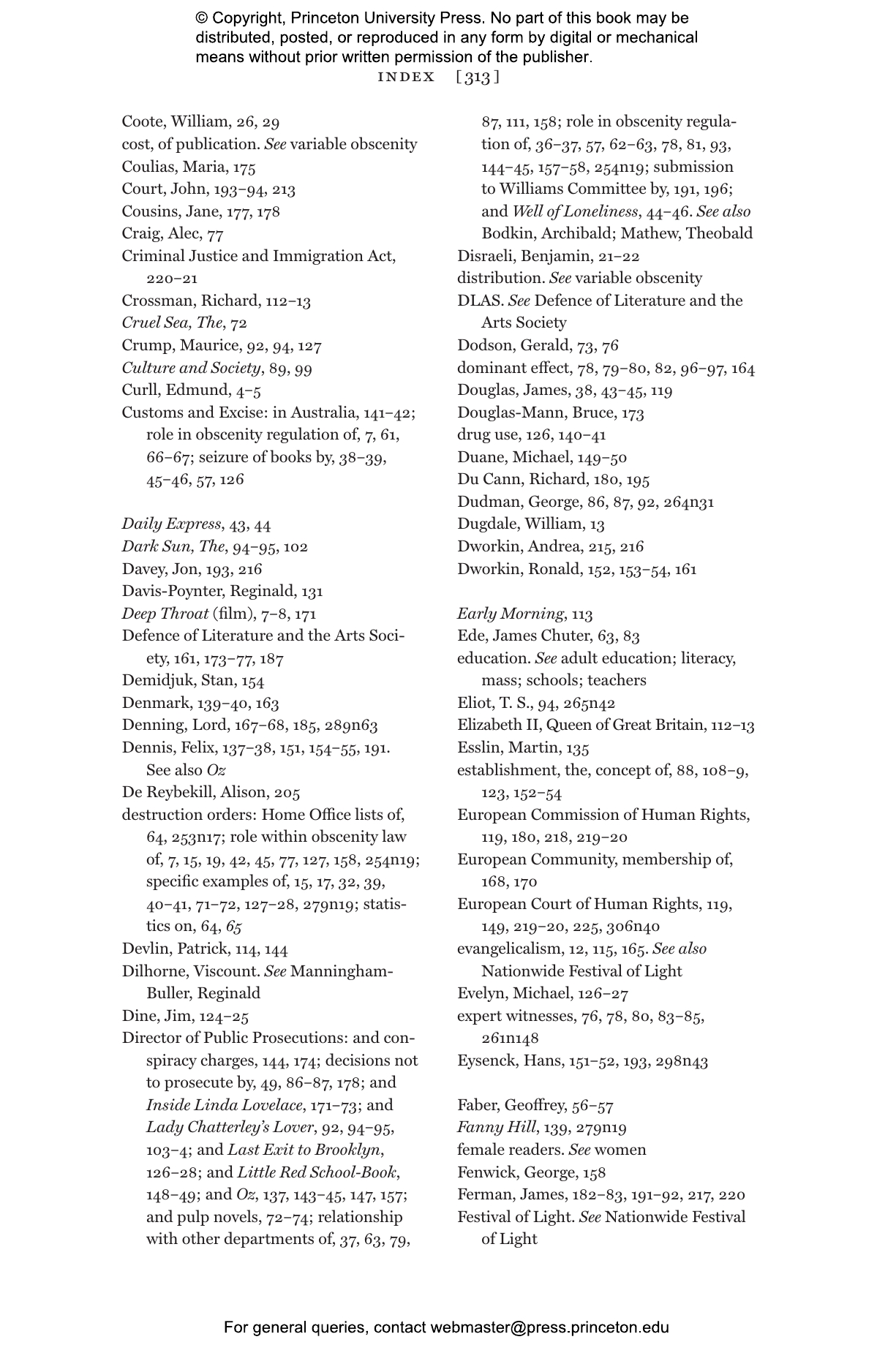 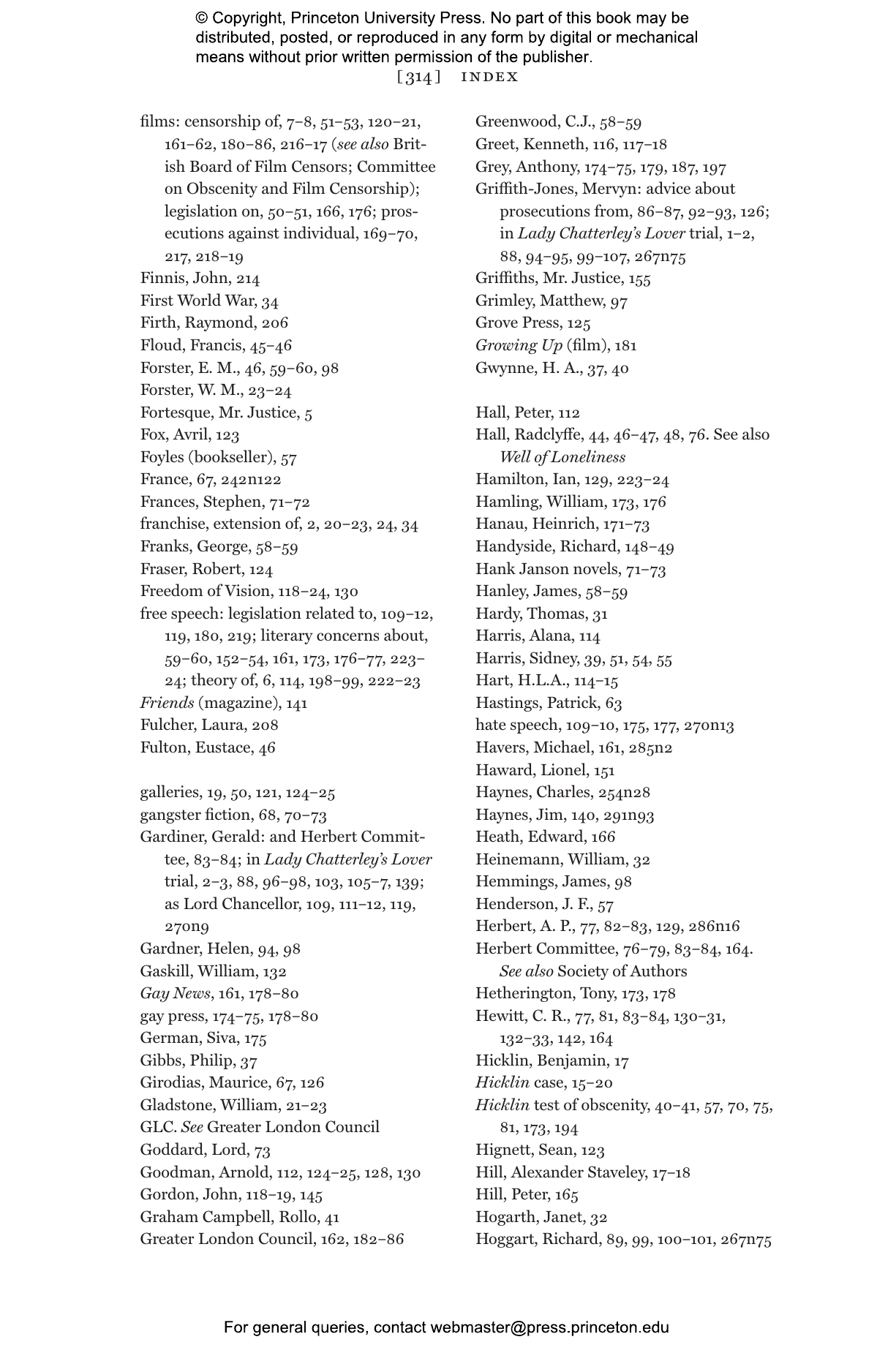 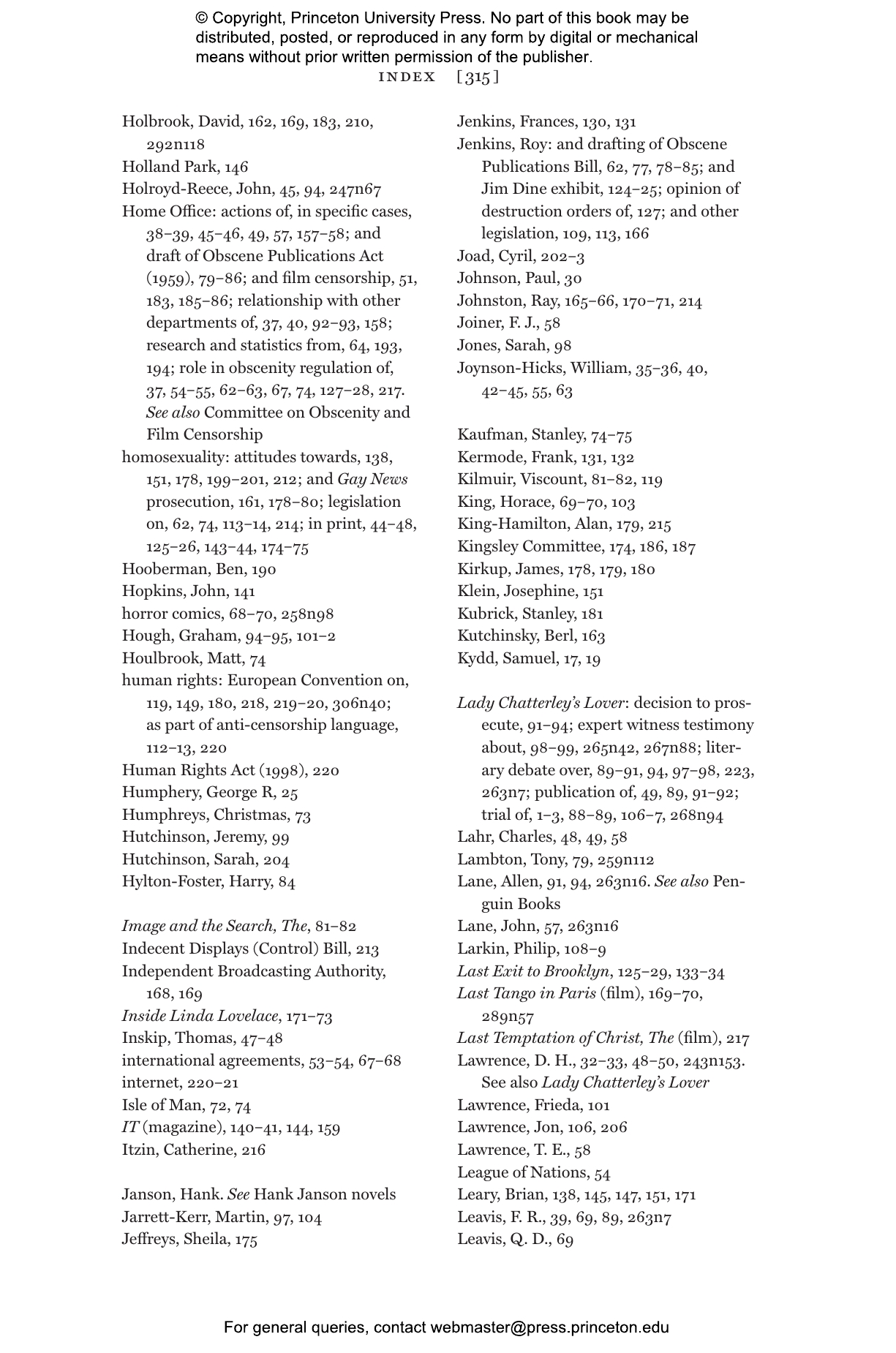 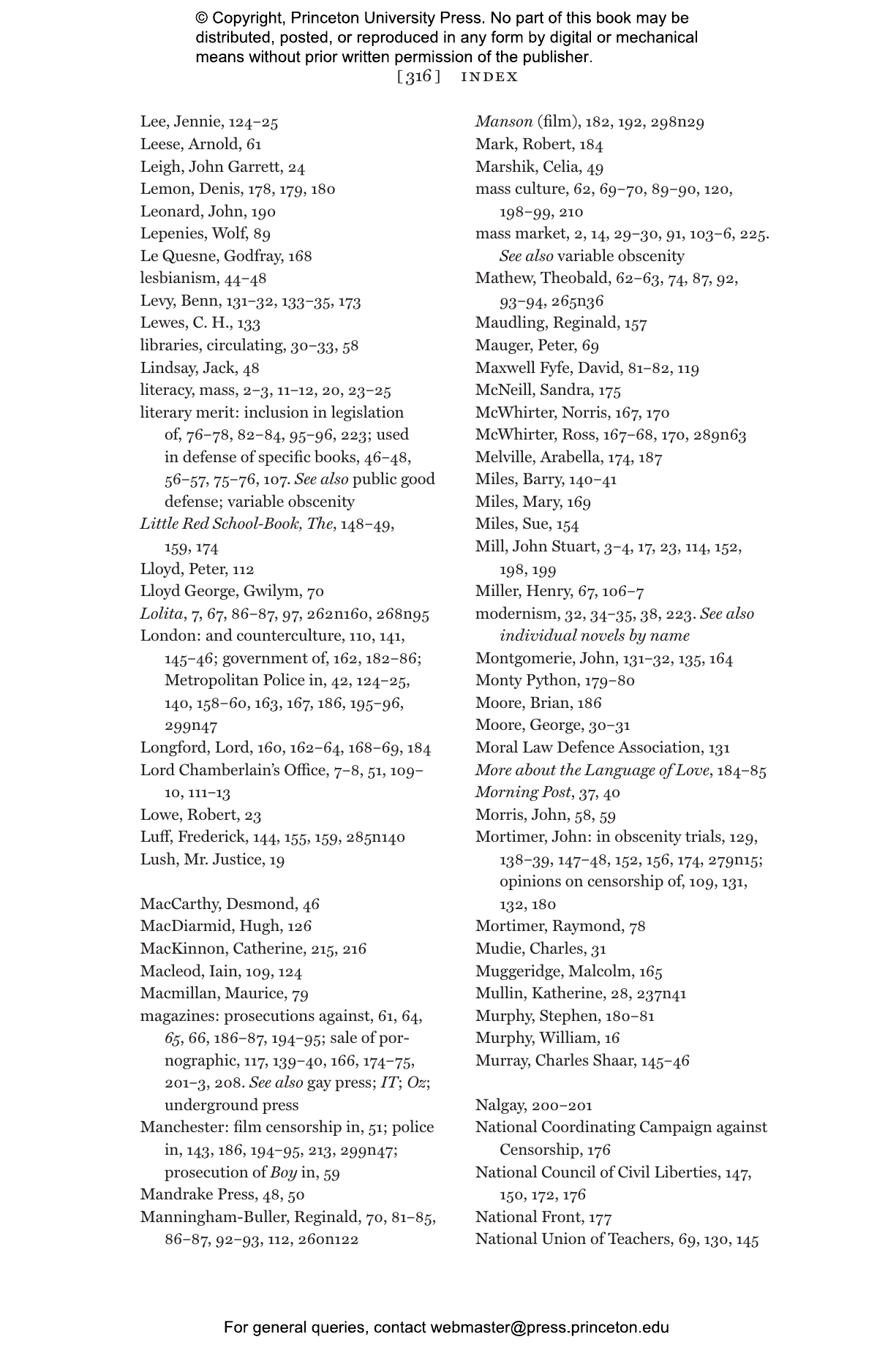 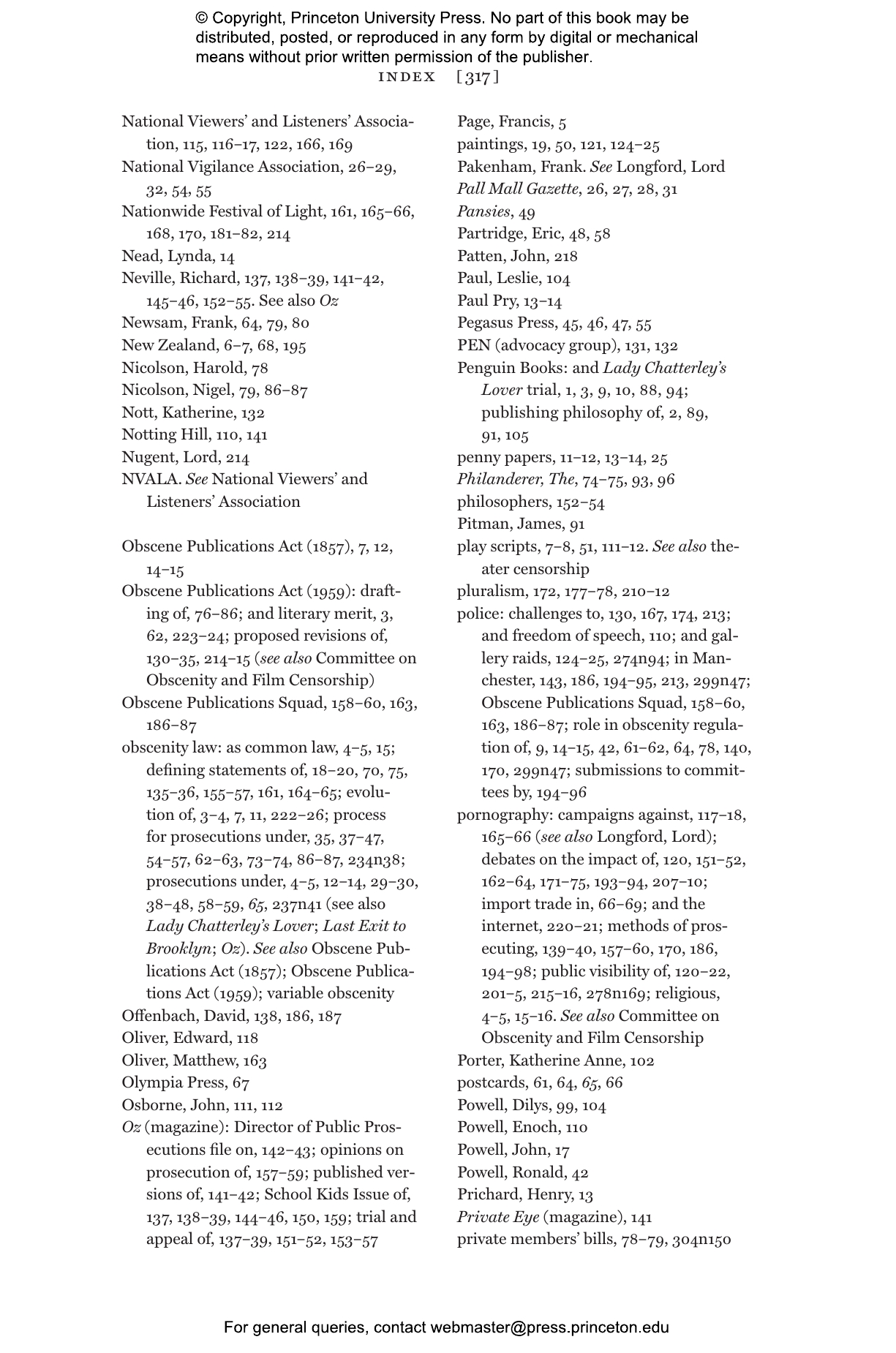 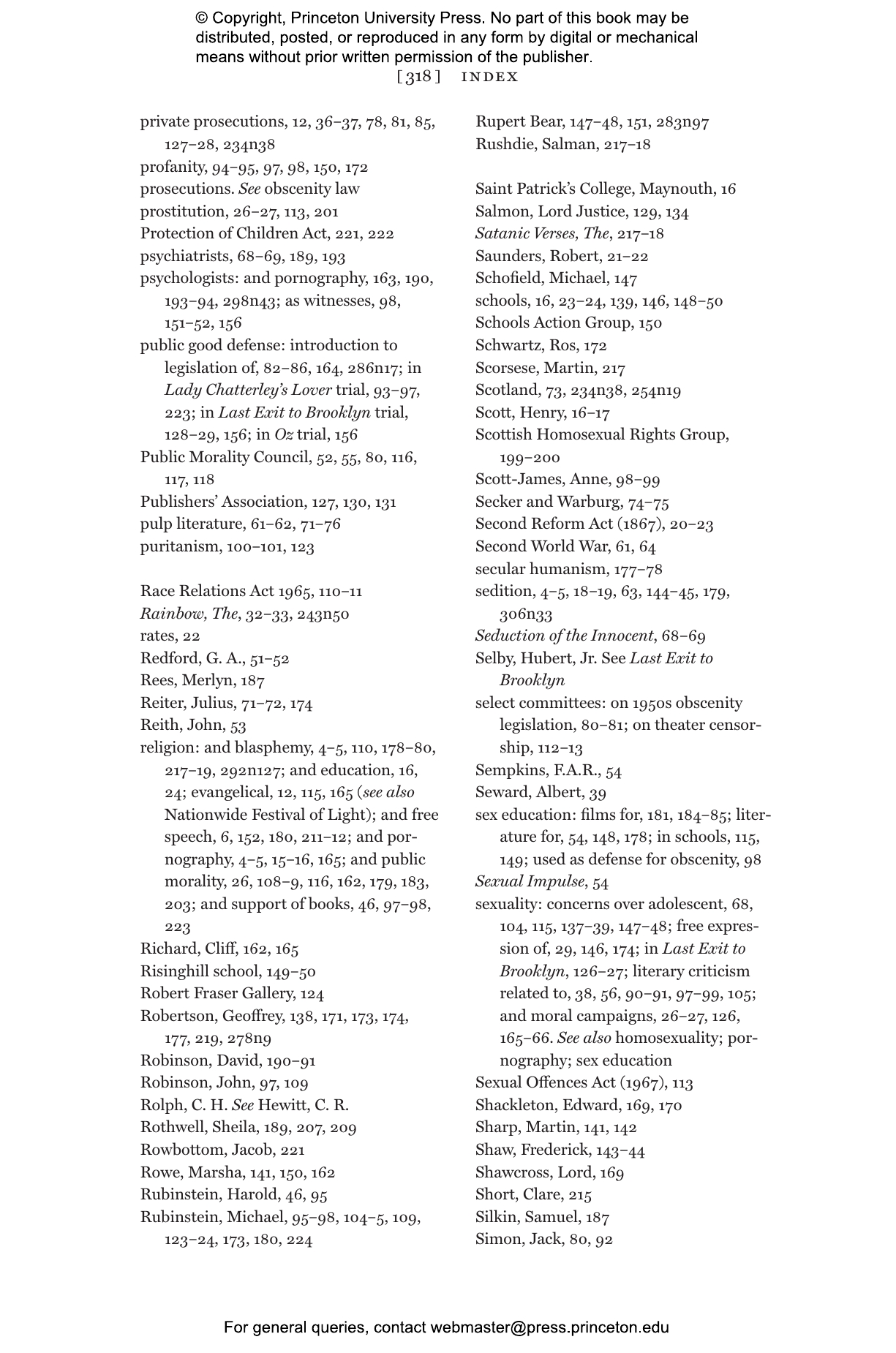 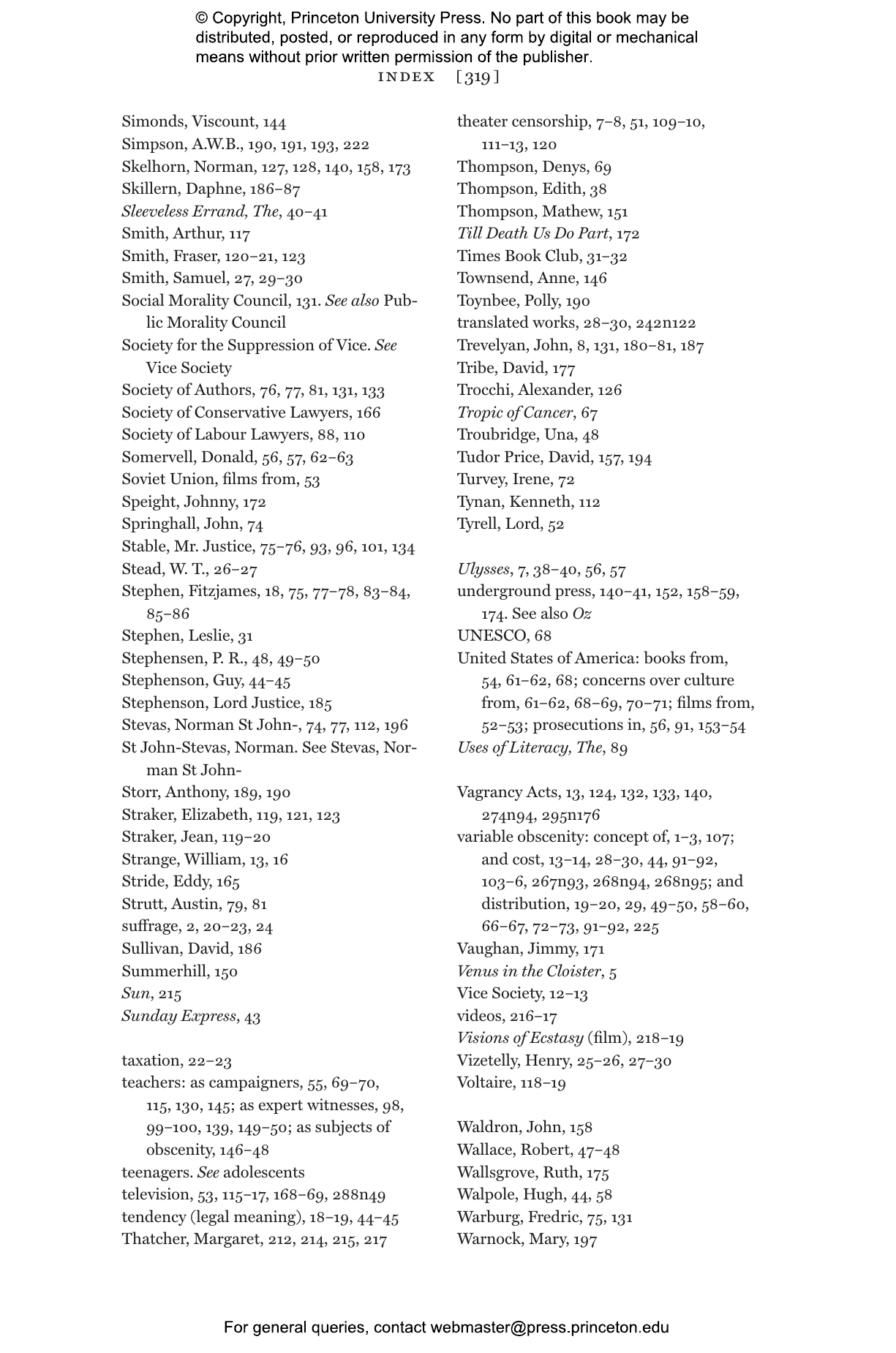 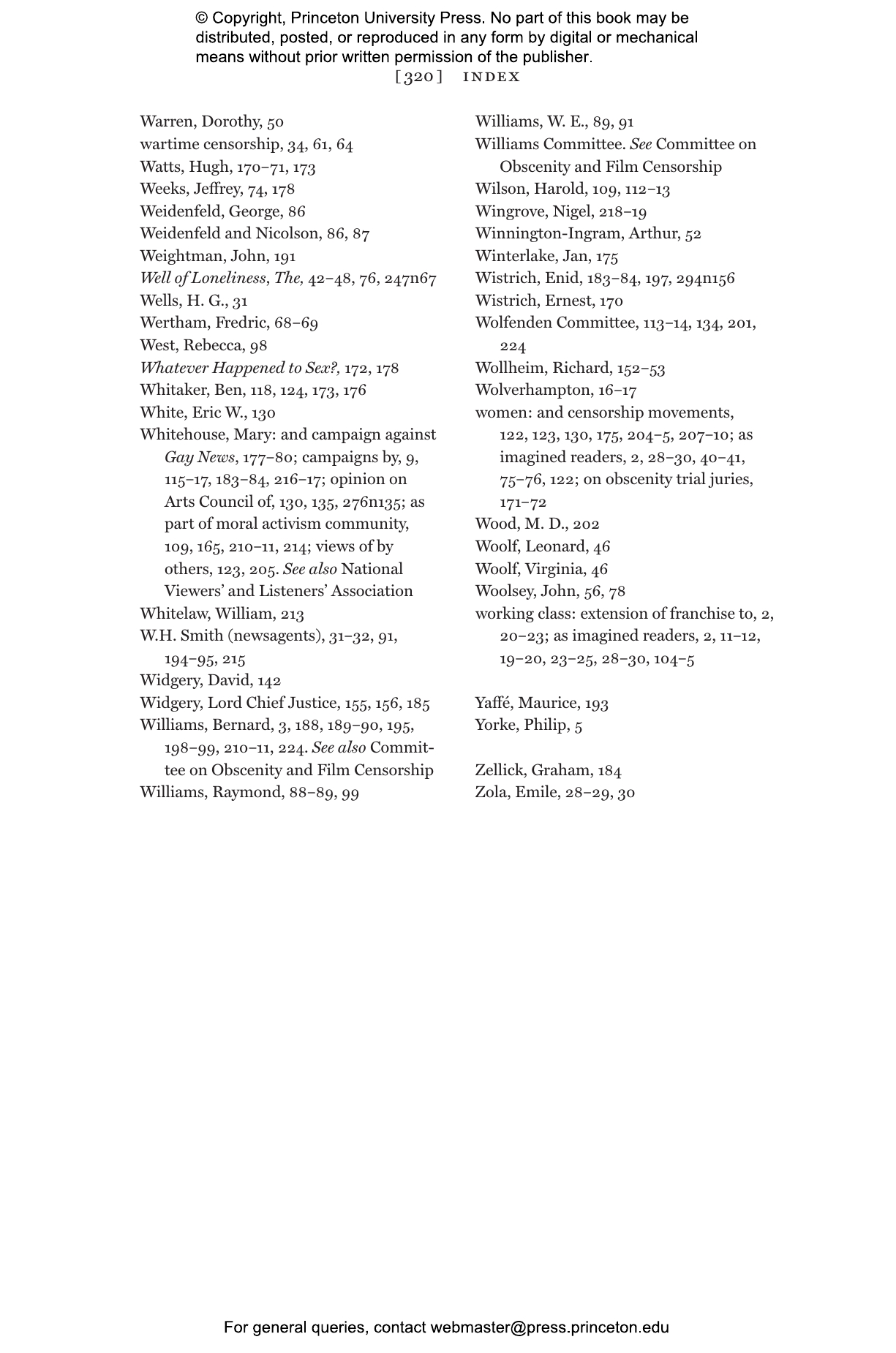 A comprehensive history of censorship in modern Britain 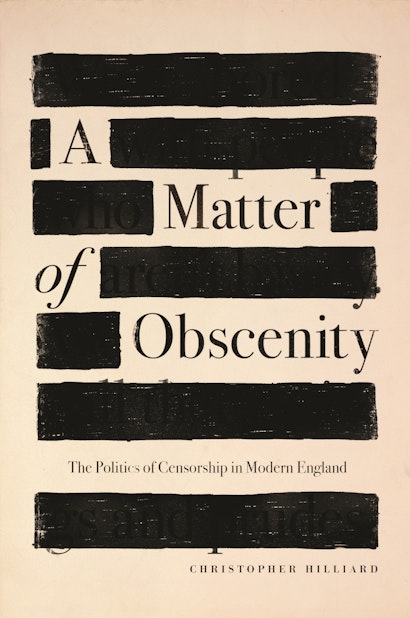 "A Matter of Obscenity: The Politics of Censorship in Modern England refashions developments in the law into a lucid and engaging cultural history."—Thomas J. Sojka, Los Angeles Review of Books

"The description of obscenity trials famous and less well-known is superbly rendered, as is Hilliard’s analysis of the ever-changing link between social morality and the law"—Matthew D’Ancona, Tortoise Media

"A Matter of Obscenity is an informative, even-handed and lucid study of British censorship in the 20th century. It is highly recommended, wherever you draw your personal lines regarding the division between the acceptable and unacceptable."—Alexander Adams, Spiked

"Christopher Hilliard’s A Matter of Obscenity is an engaging read, full of compelling details about the authors and publishers accused of trafficking in obscenity and about the politicians and judges who claimed to know it when they saw it"—Emily Rutherford, History Today

"Hilliard offers a fascinating romp through pornography, gangster comics, naughty postcards, avant garde plays, lewd cinema and modernist literature to demonstrate how ‘obscenity law reflected uncertainties about what could be said – and, crucially, how and to whom – in a changing society"—Alecia Simmonds, Literature and History

“In Christopher Hilliard’s expert hands, the history of censorship gets to the heart of debates about social hierarchy and democracy, the relation between private and public, and everyday understandings of liberalism. Wryly narrated and incisively argued, this is a revelatory book treating a century and a half of obscenity and the mostly vain efforts to rein it in.”—Deborah Cohen, Northwestern University

“A lucid and compelling account of modern English obscenity law. Combining a literary critic’s eye for linguistic nuance with an intellectual historian’s sensitivity to contextual crosscurrents, Hilliard uncovers an ever-changing but peculiarly English conjunction of anxieties about culture and democracy in the era of mass literacy. This is interdisciplinary writing at its best.”—Peter D. McDonald, University of Oxford

“A concise, clear, and comprehensive excursion through a complex history—more complex than you may imagine. Hilliard corrects many popular misconceptions regarding censorship, and he has a solid command of the relevant legal issues.”—Jonathan Rose, author of The Intellectual Life of the British Working Classes

“Through the lens of obscenity law, Christopher Hilliard provides a scholarly yet highly engaging account of the connection between obscenity, censorship, and culture. Drawing on a wide range of sources, from notorious trials to ordinary interactions between citizens and the police, A Matter of Obscenity offers a rich picture of mounting challenges to conformism and paternalism over the nineteenth and twentieth centuries, themes that resonate clearly in the digital age.”—Adrienne Stone, University of Melbourne

"A splendid book. This is a deeply informed and lucid study of the English laws of obscenity, encompassing a wide range of texts from highbrow literature to American horror comics. Hilliard's writing is lively and witty, and he proves judicious and humane company throughout this absorbing book."—Seamus Perry, University of Oxford

“In this well-written and persuasively argued book, Hilliard makes the compelling case that England’s intertwined censorship and obscenity laws reflected broader political and social changes in Britain, and were initially concerned with shoring up a traditional culture of paternalism and deference.”—Michael Saler, University of California, Davis