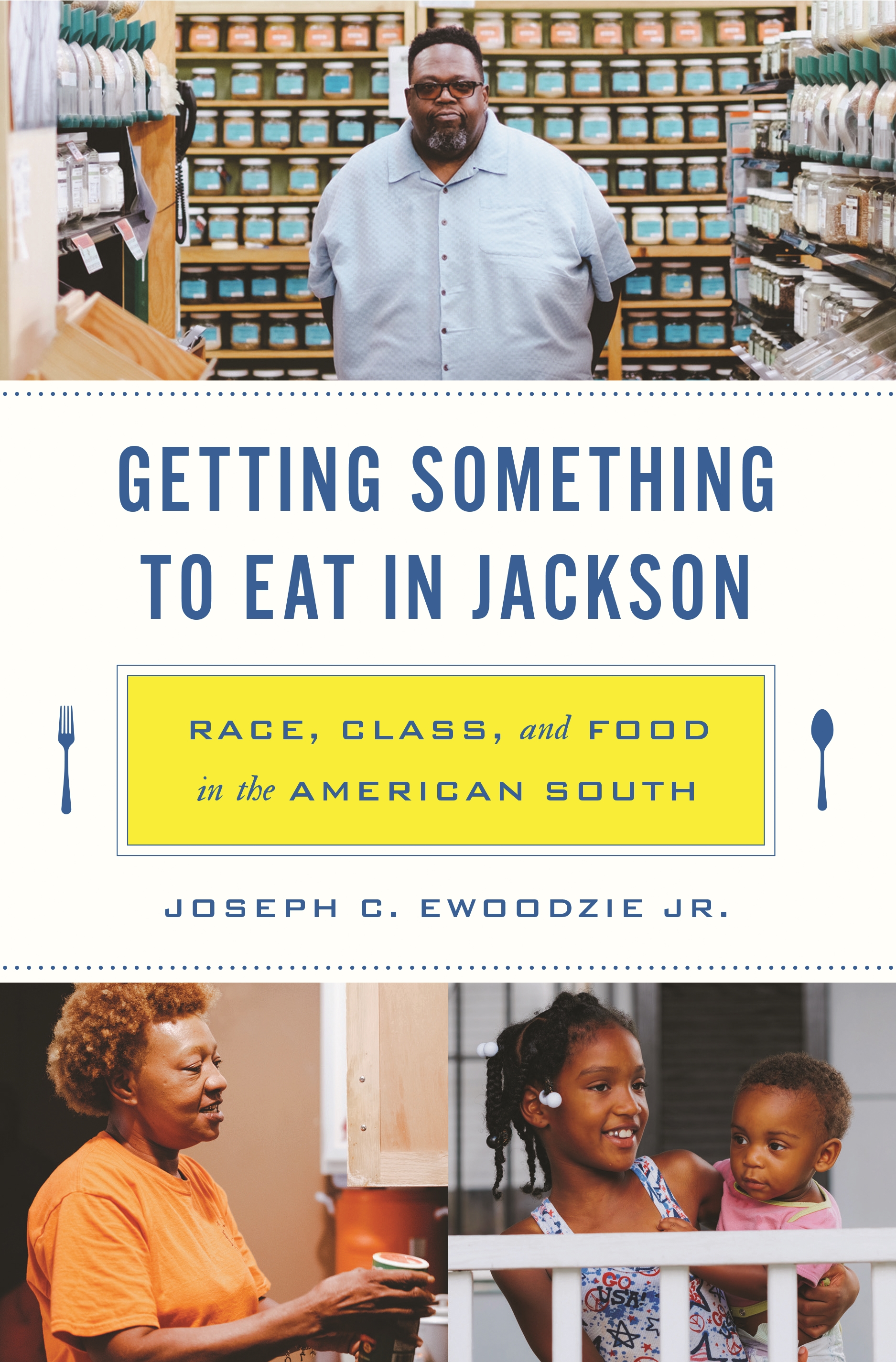 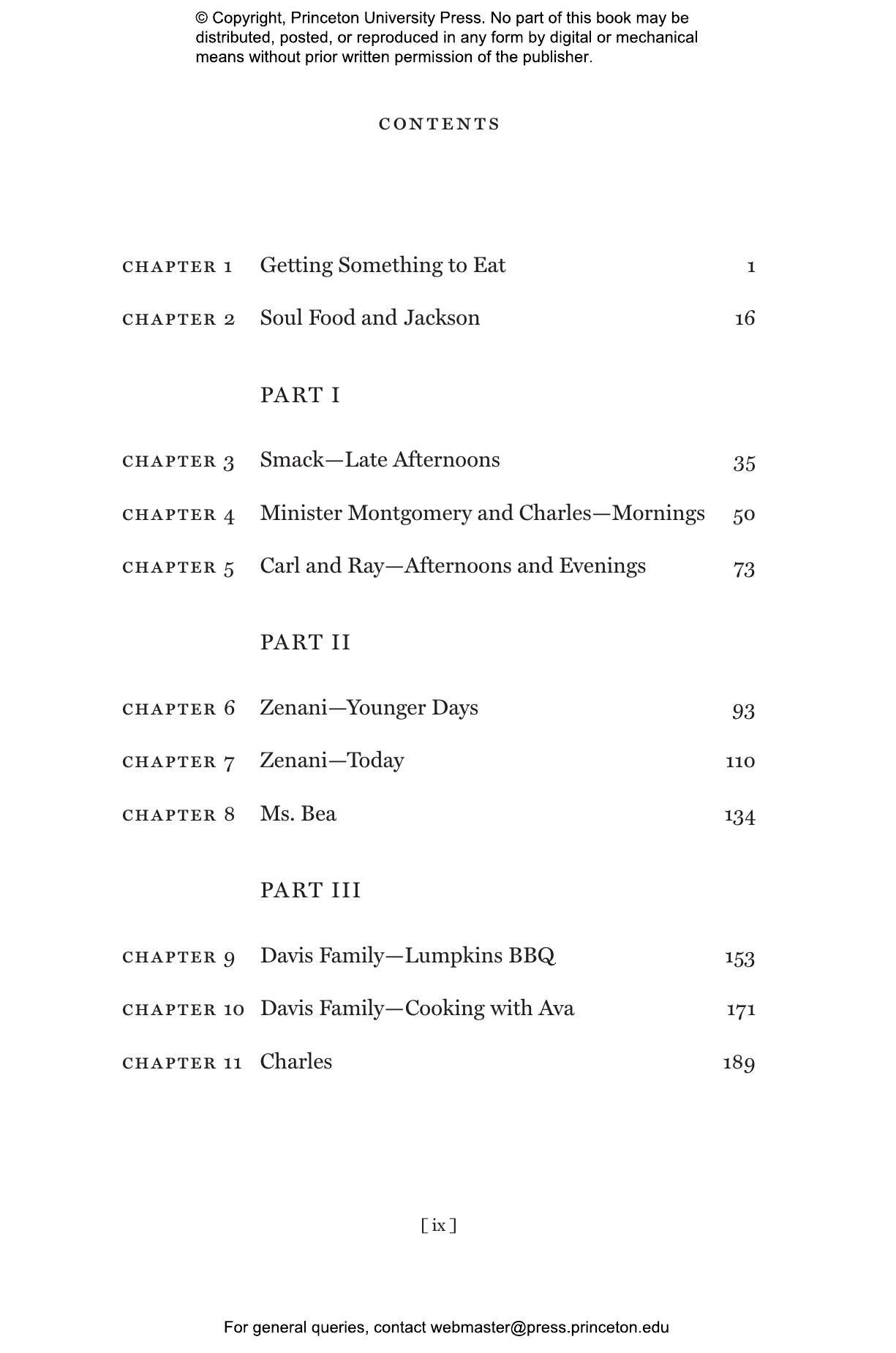 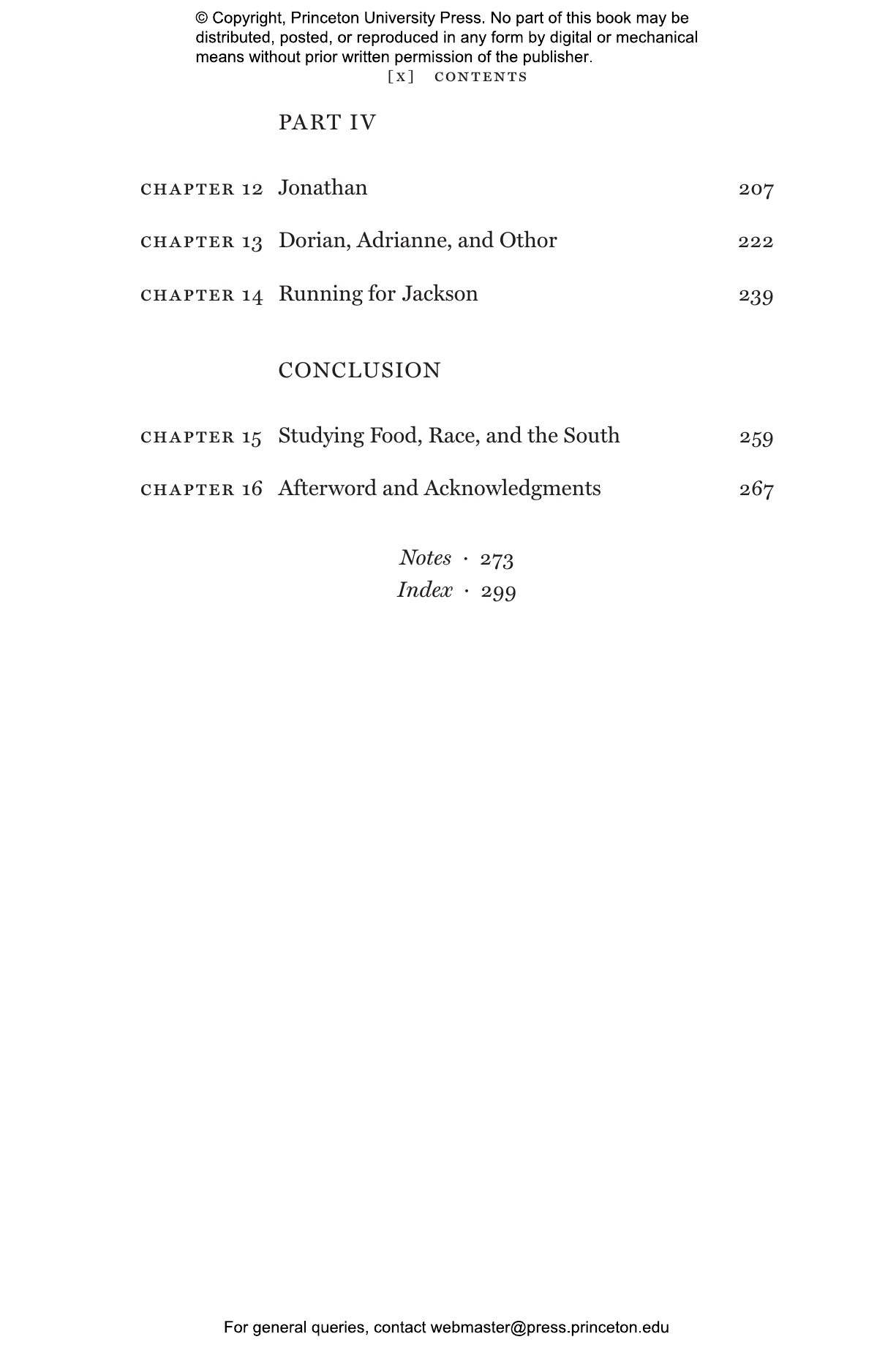 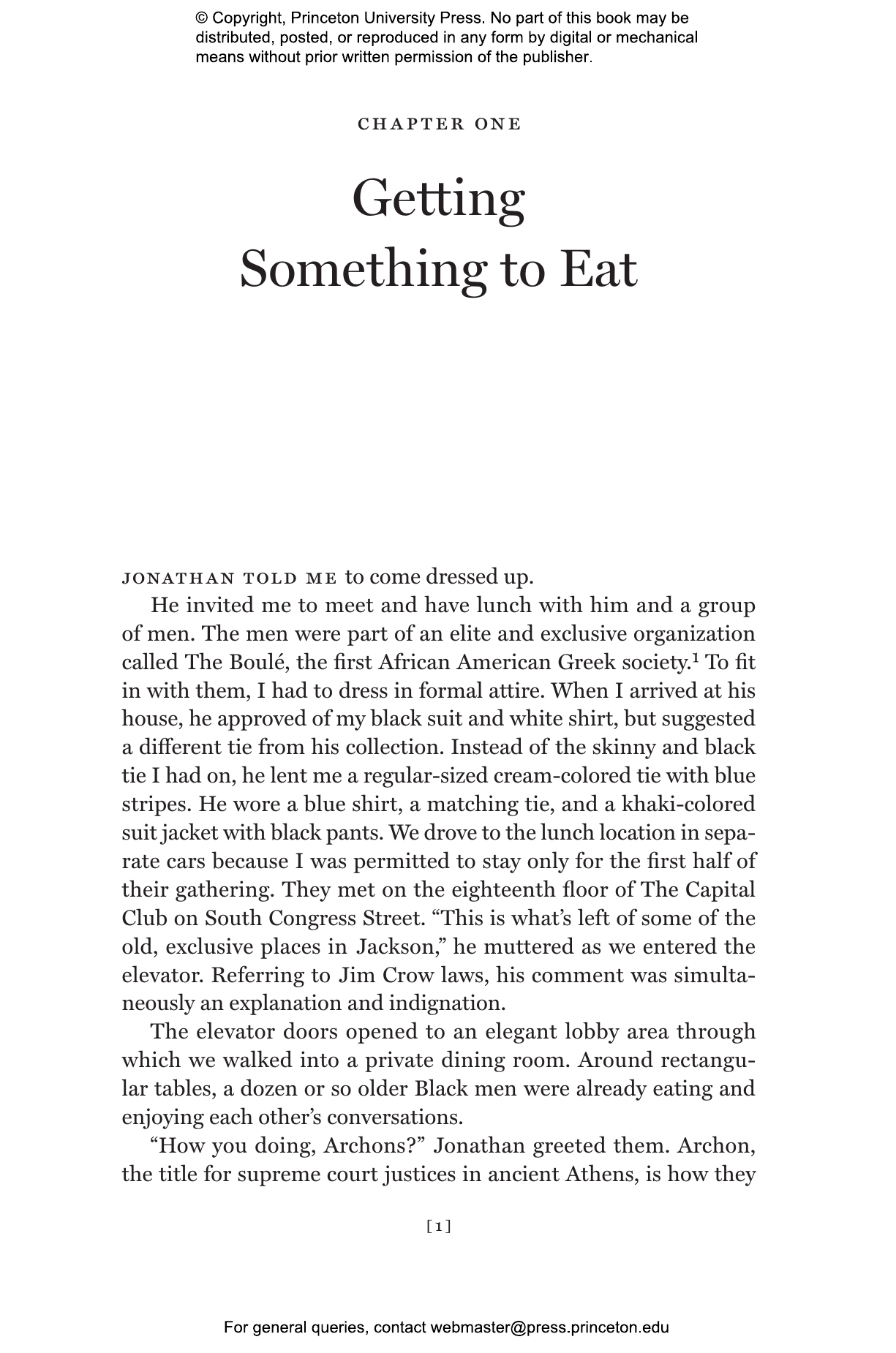 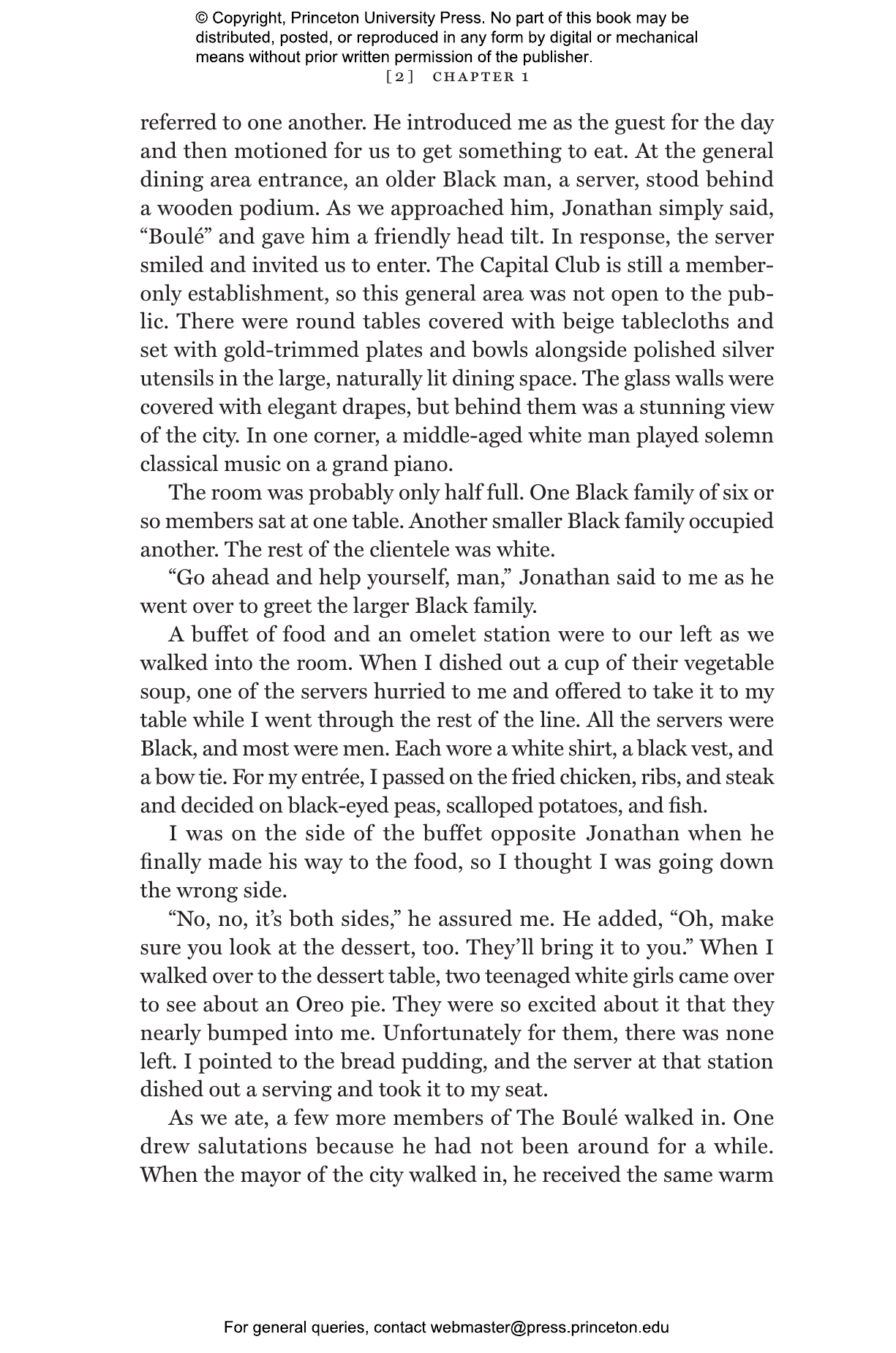 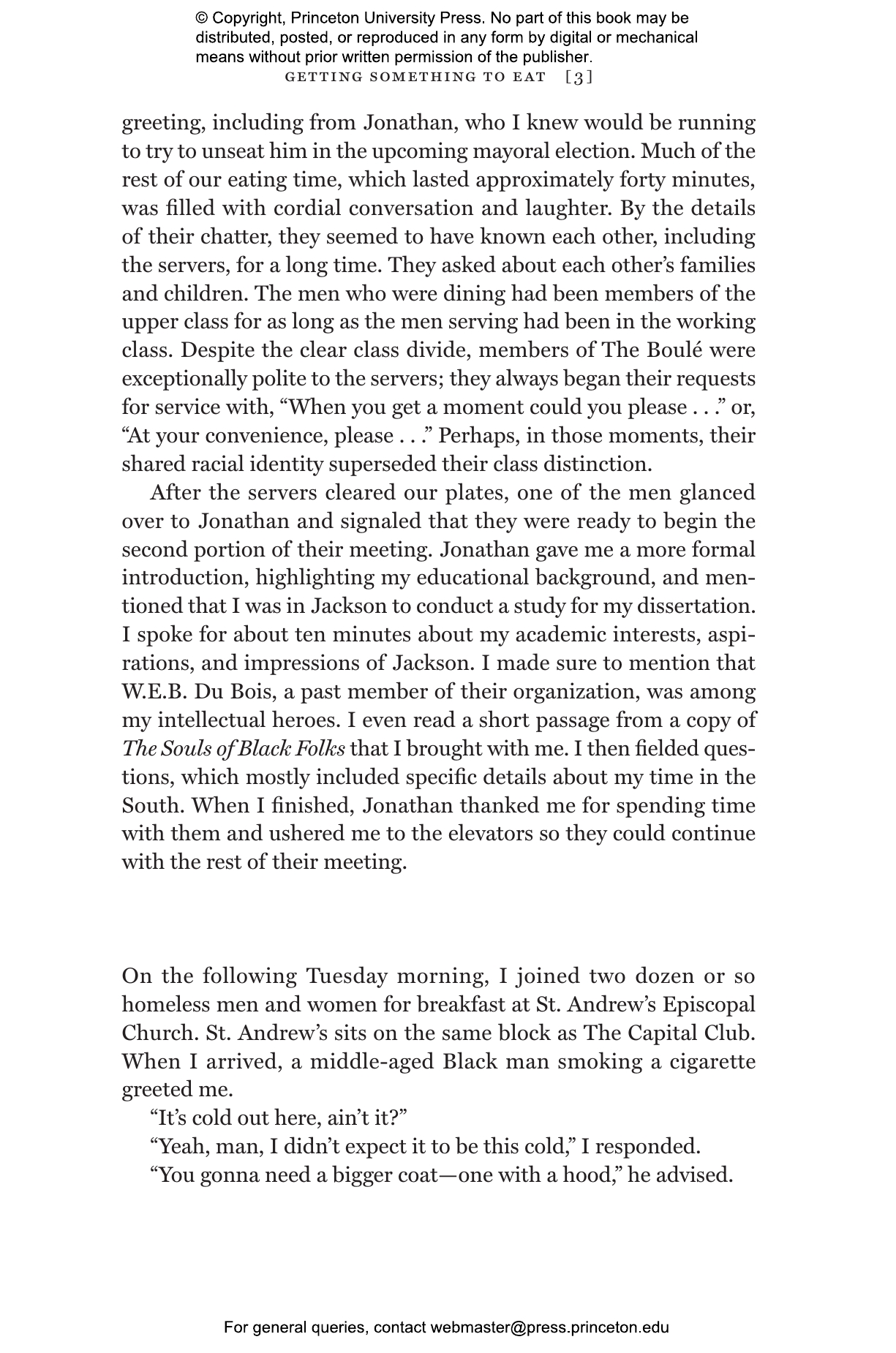 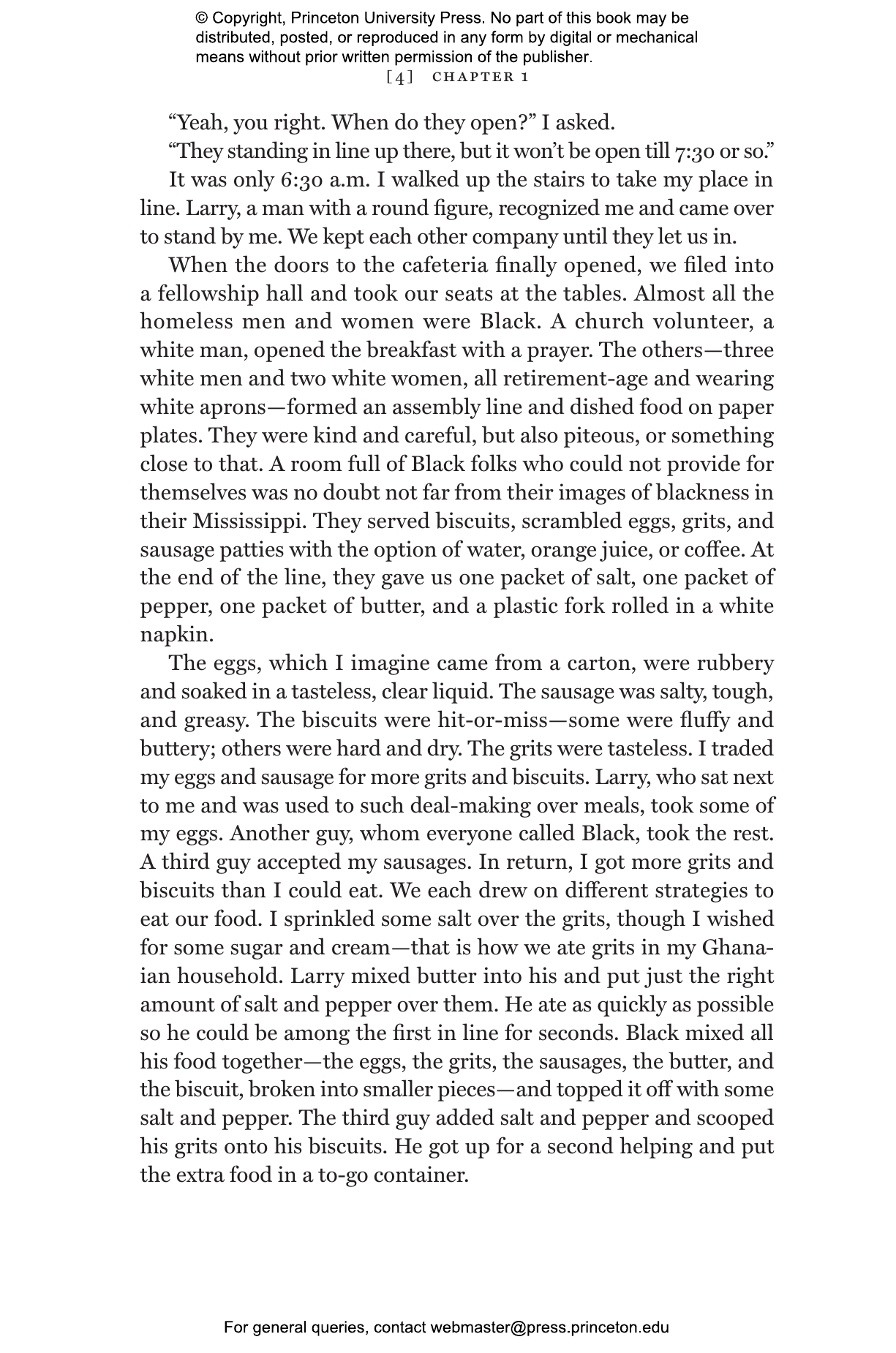 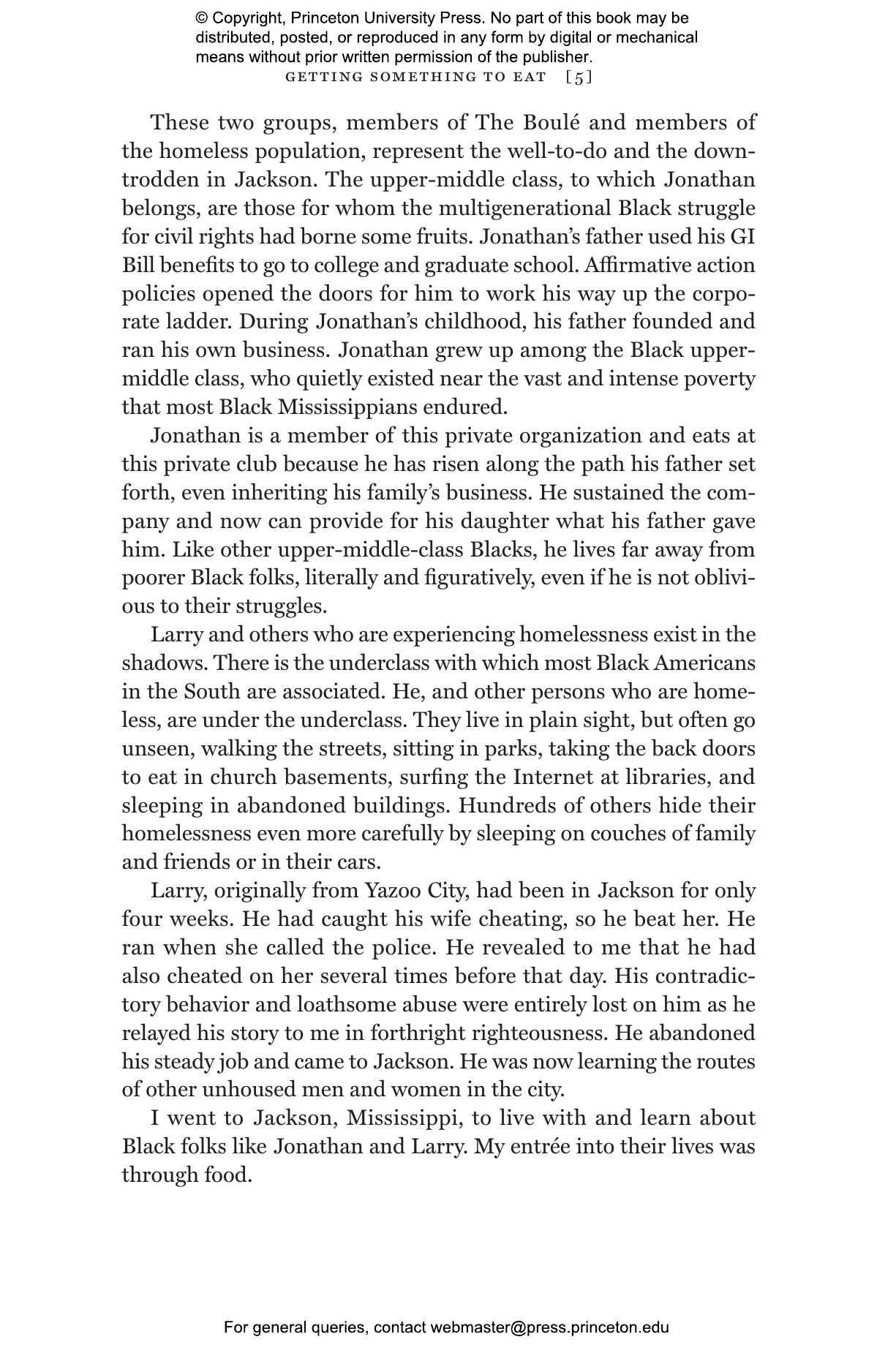 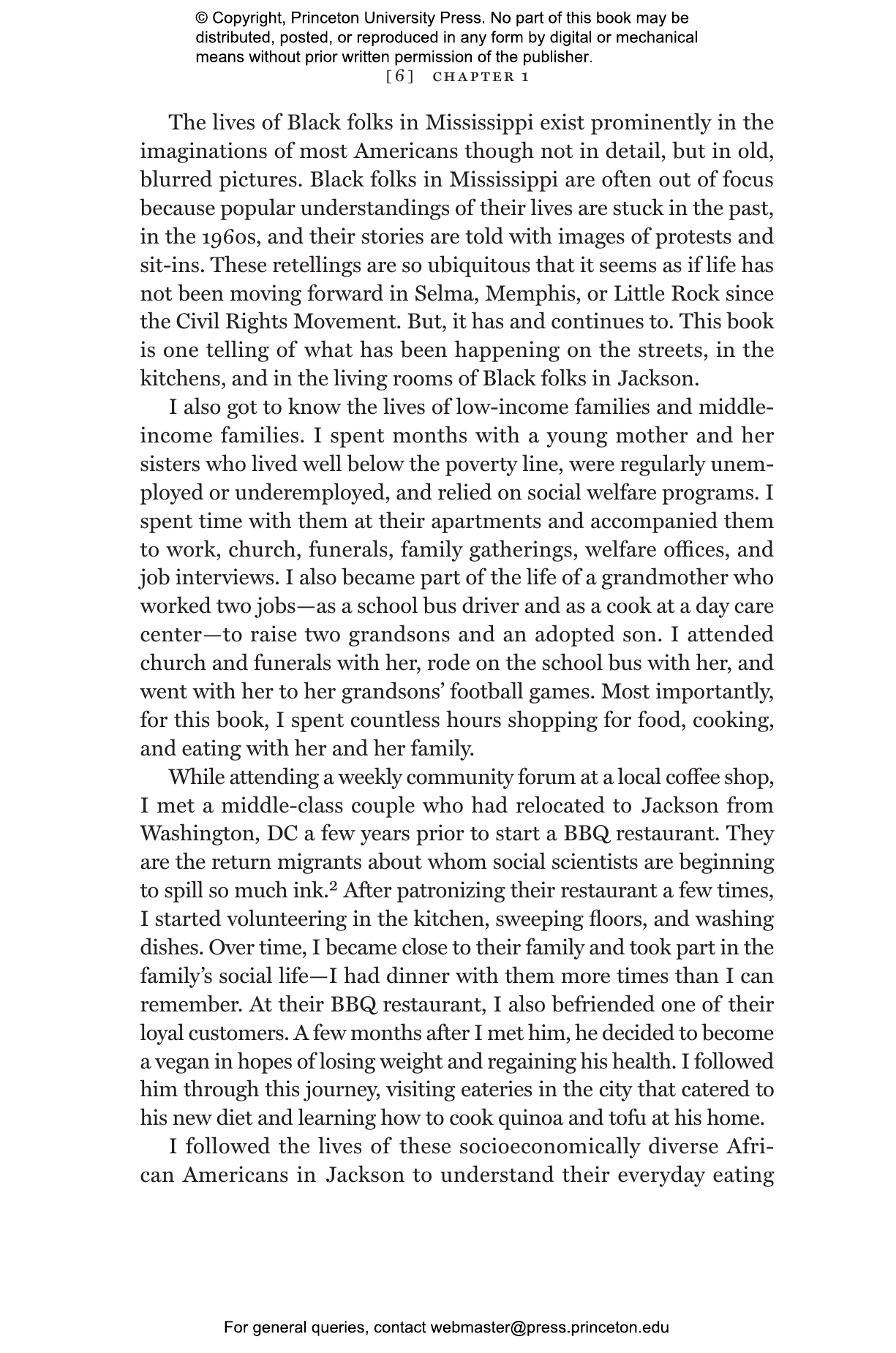 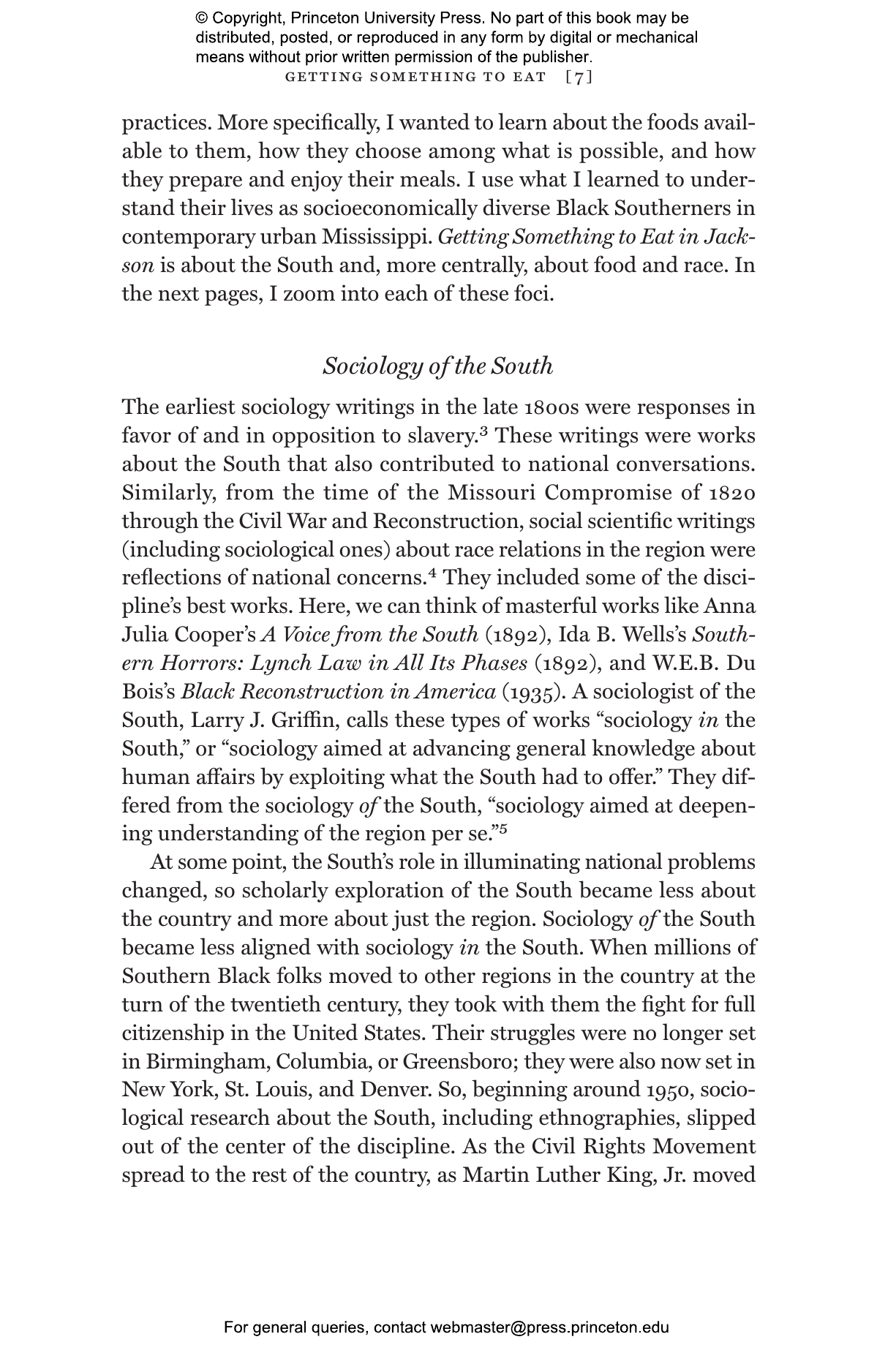 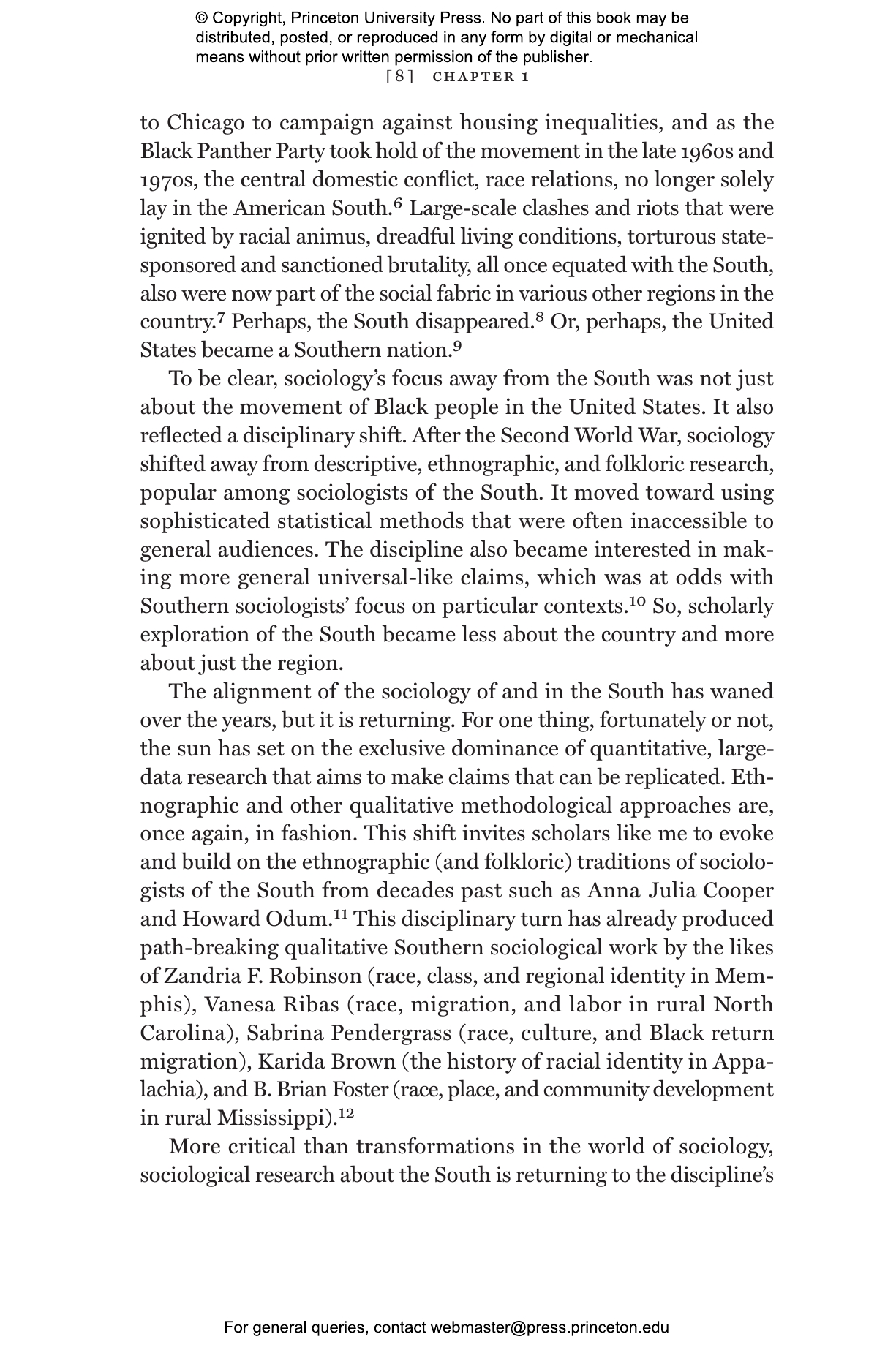 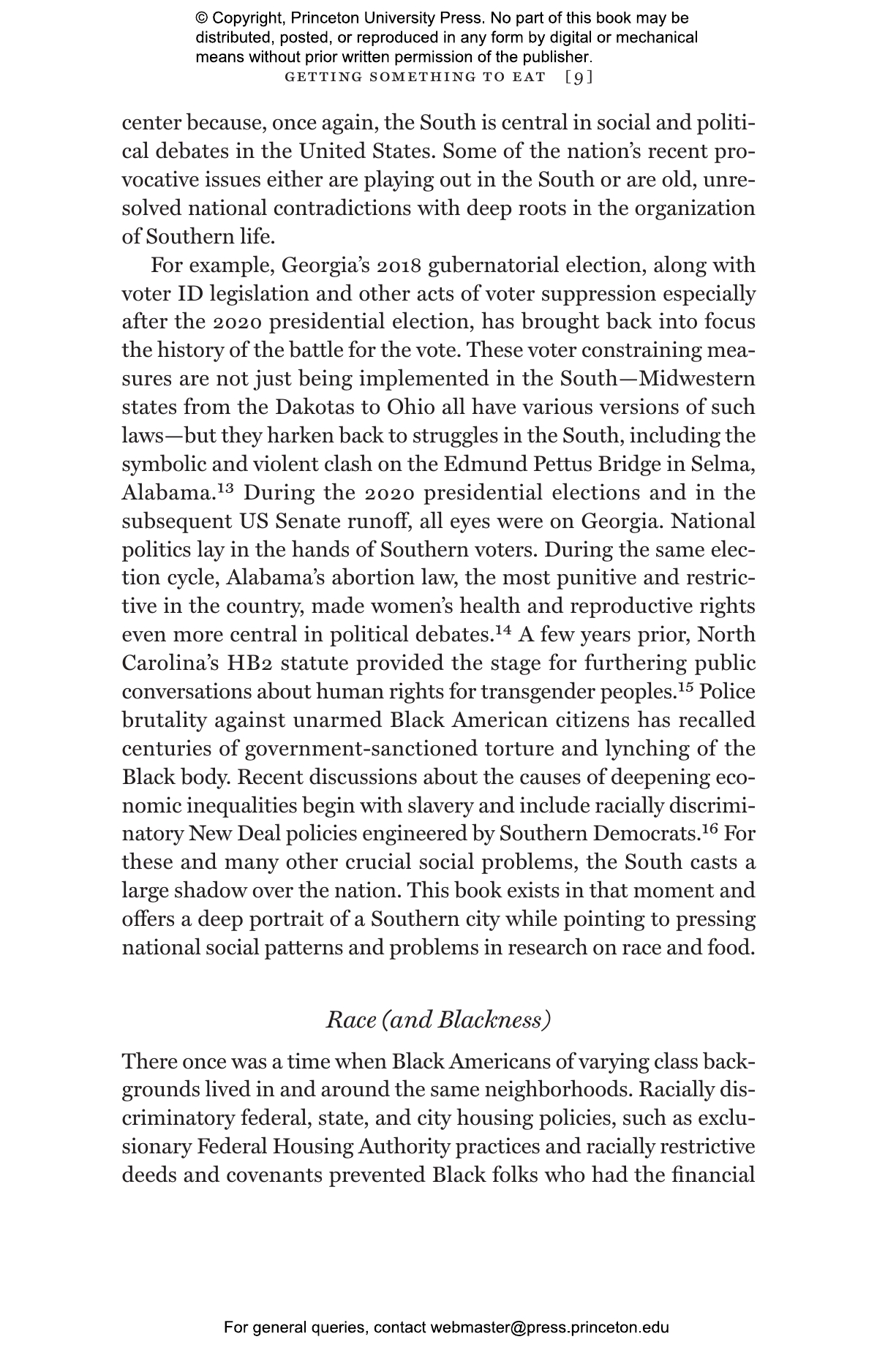 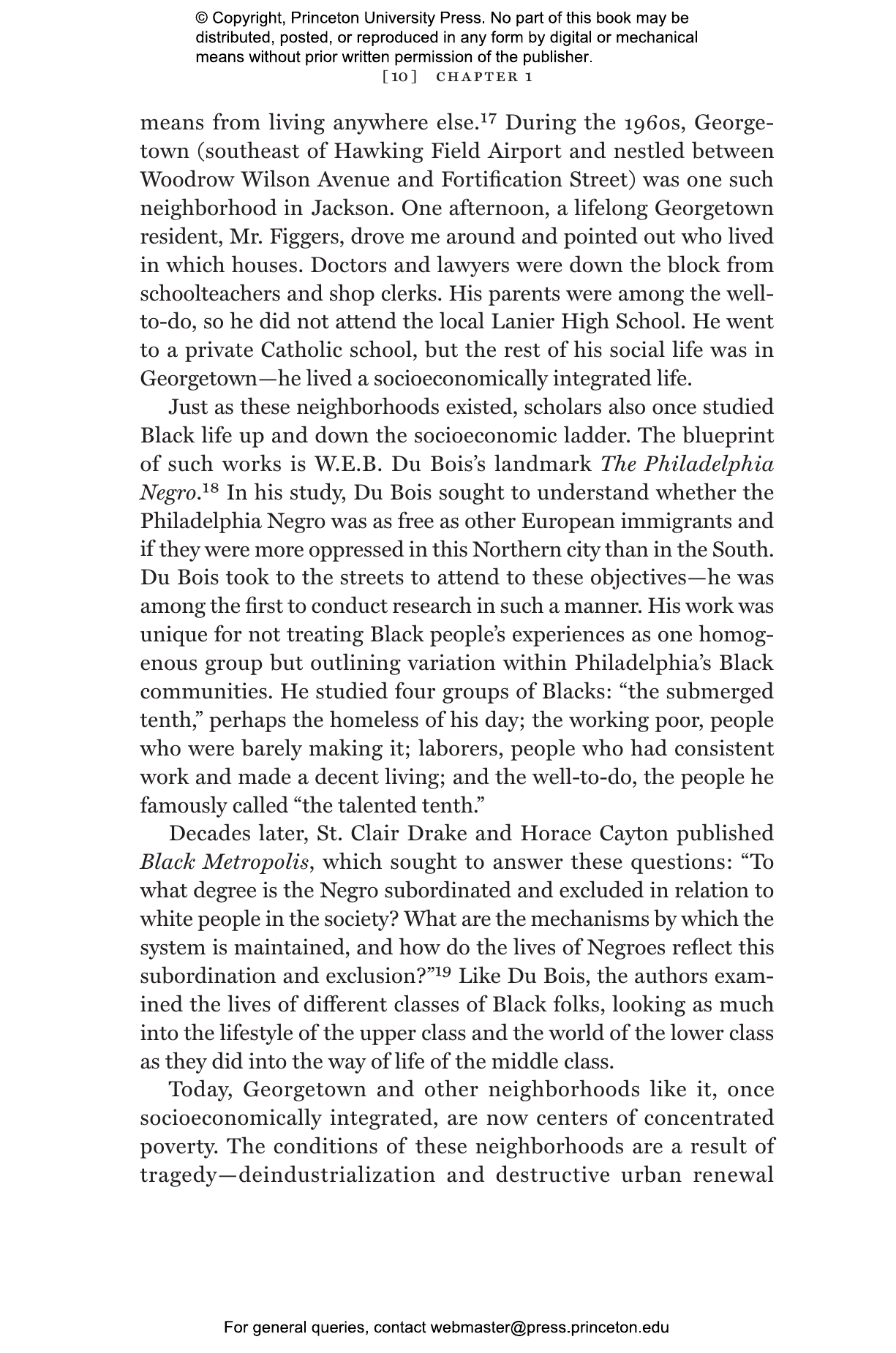 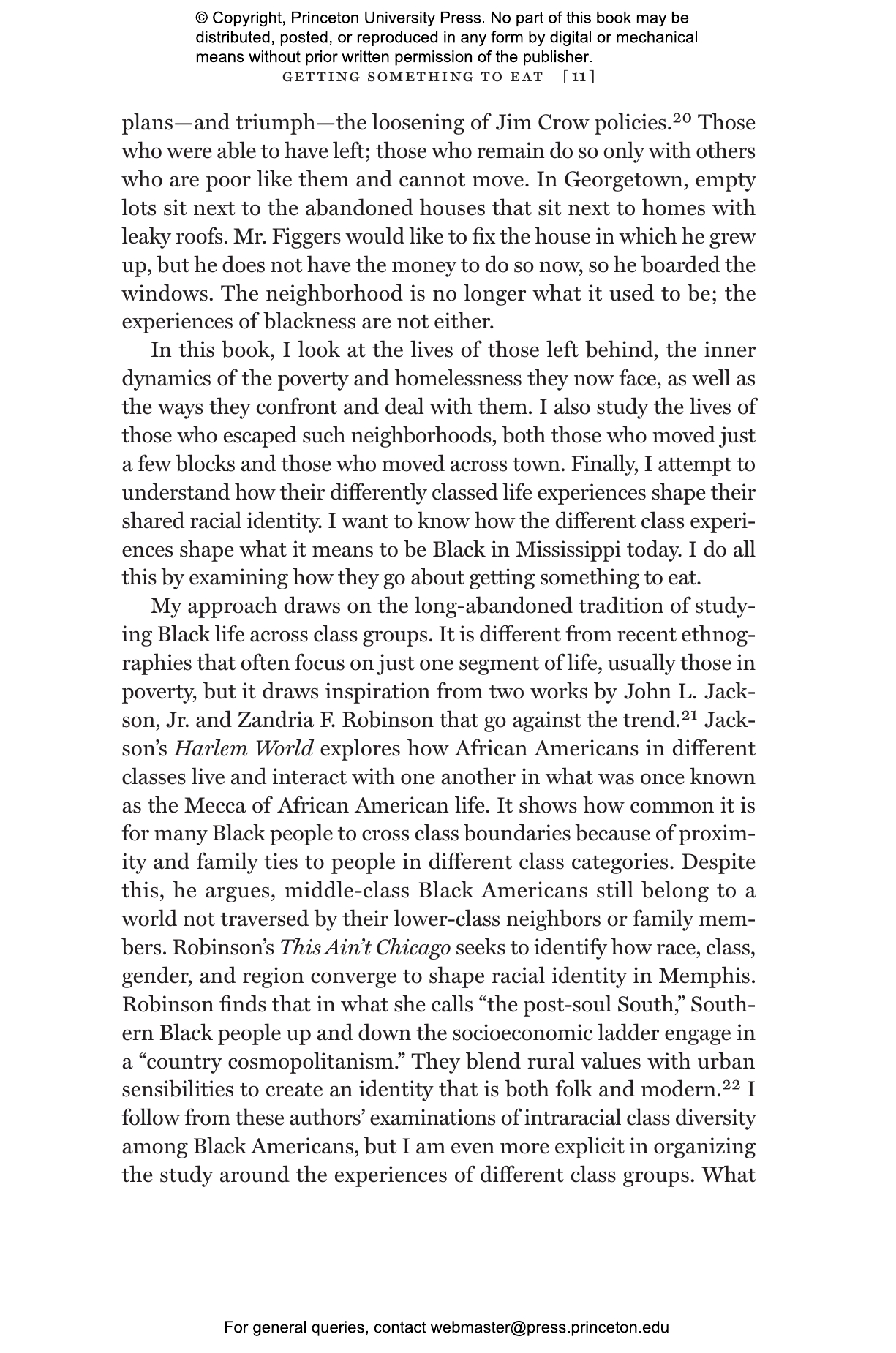 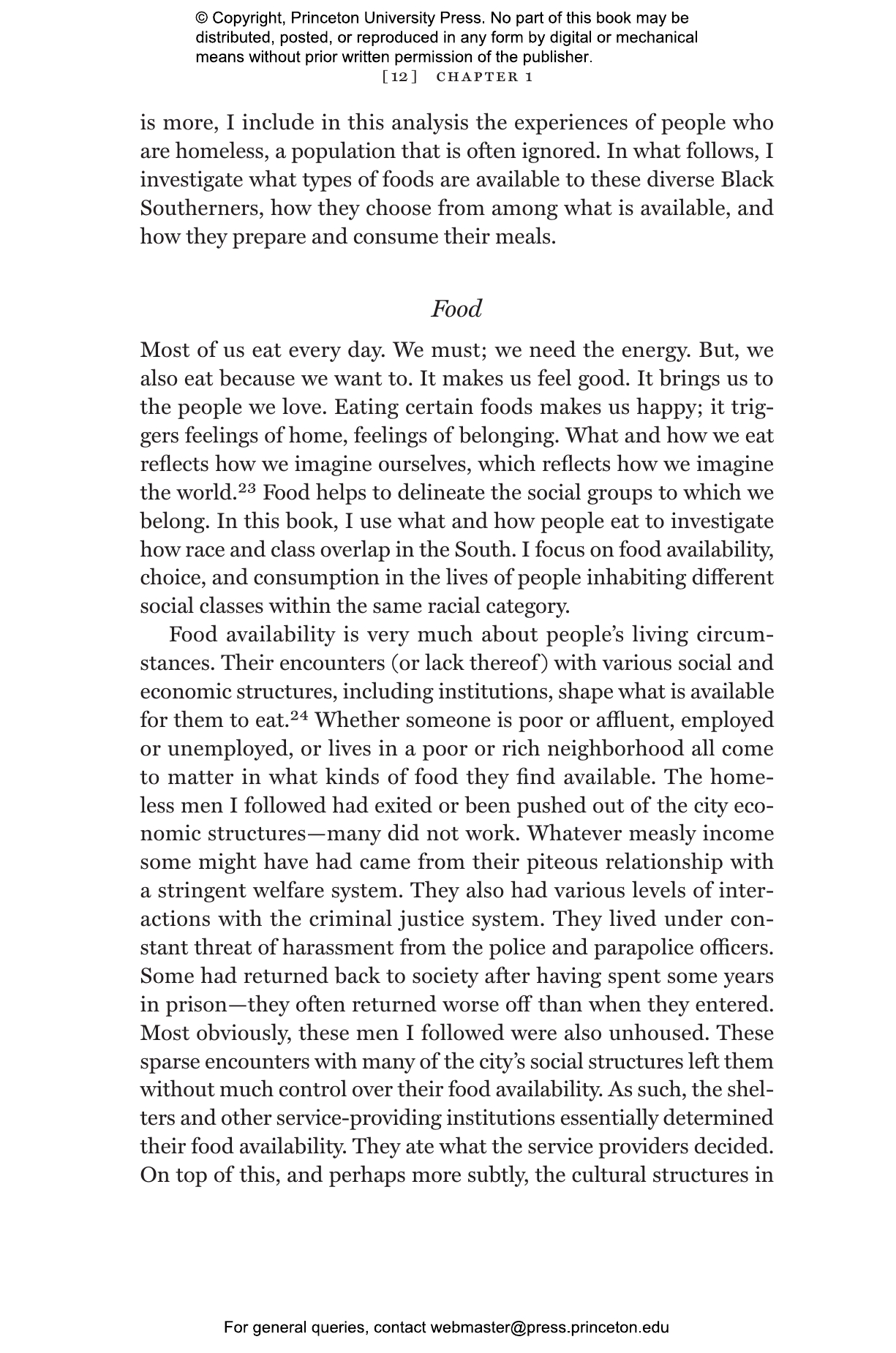 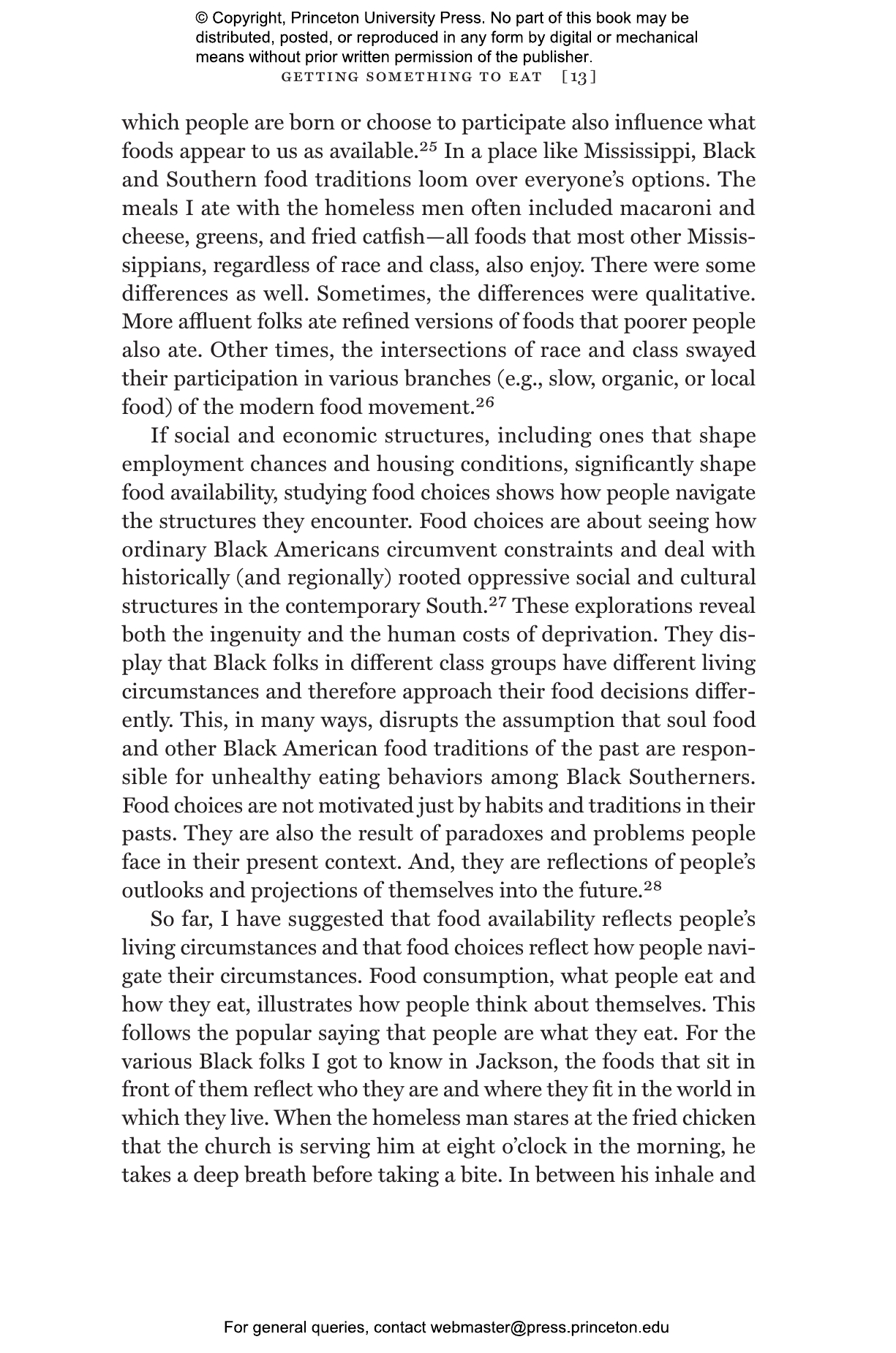 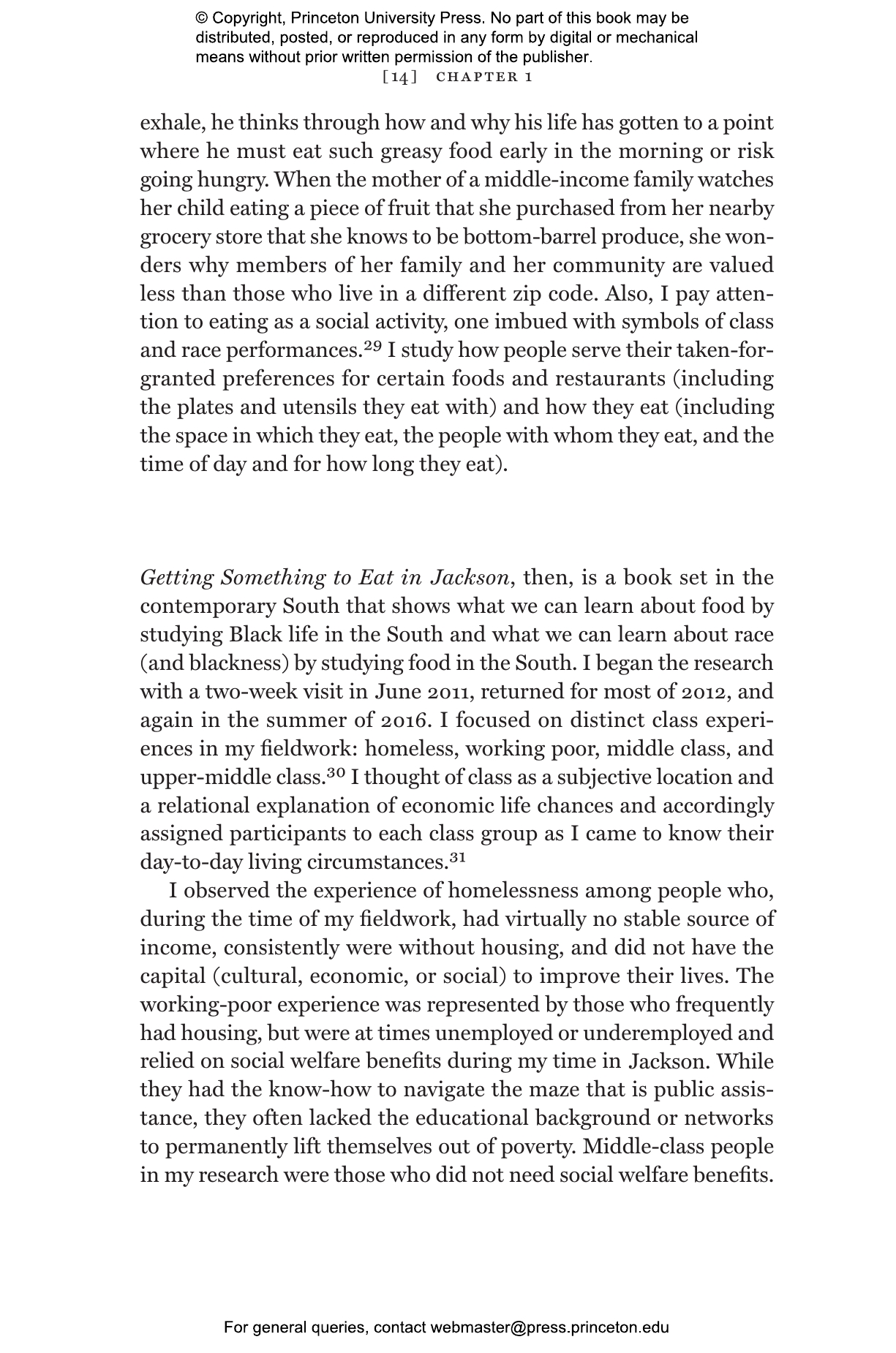 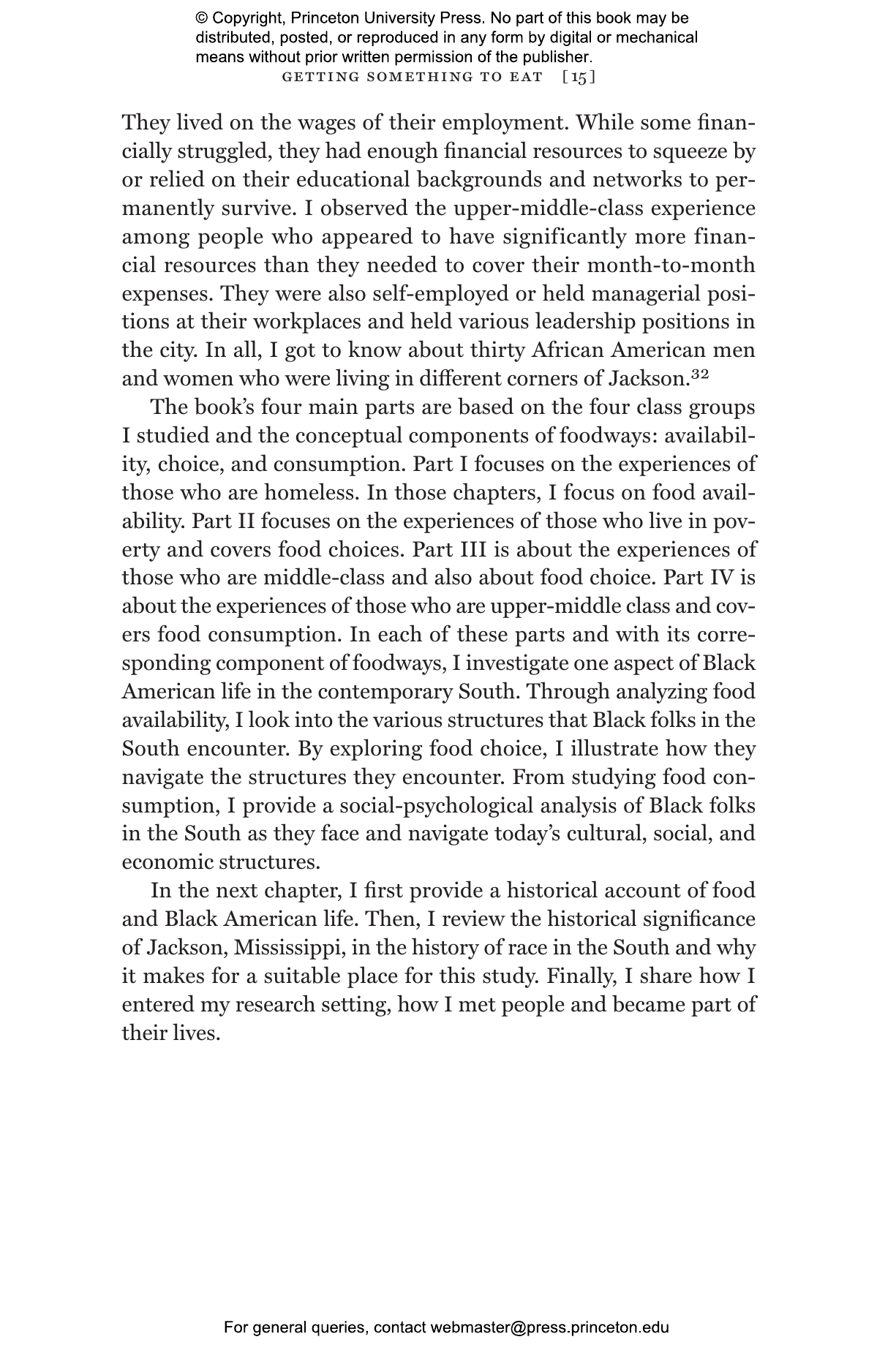 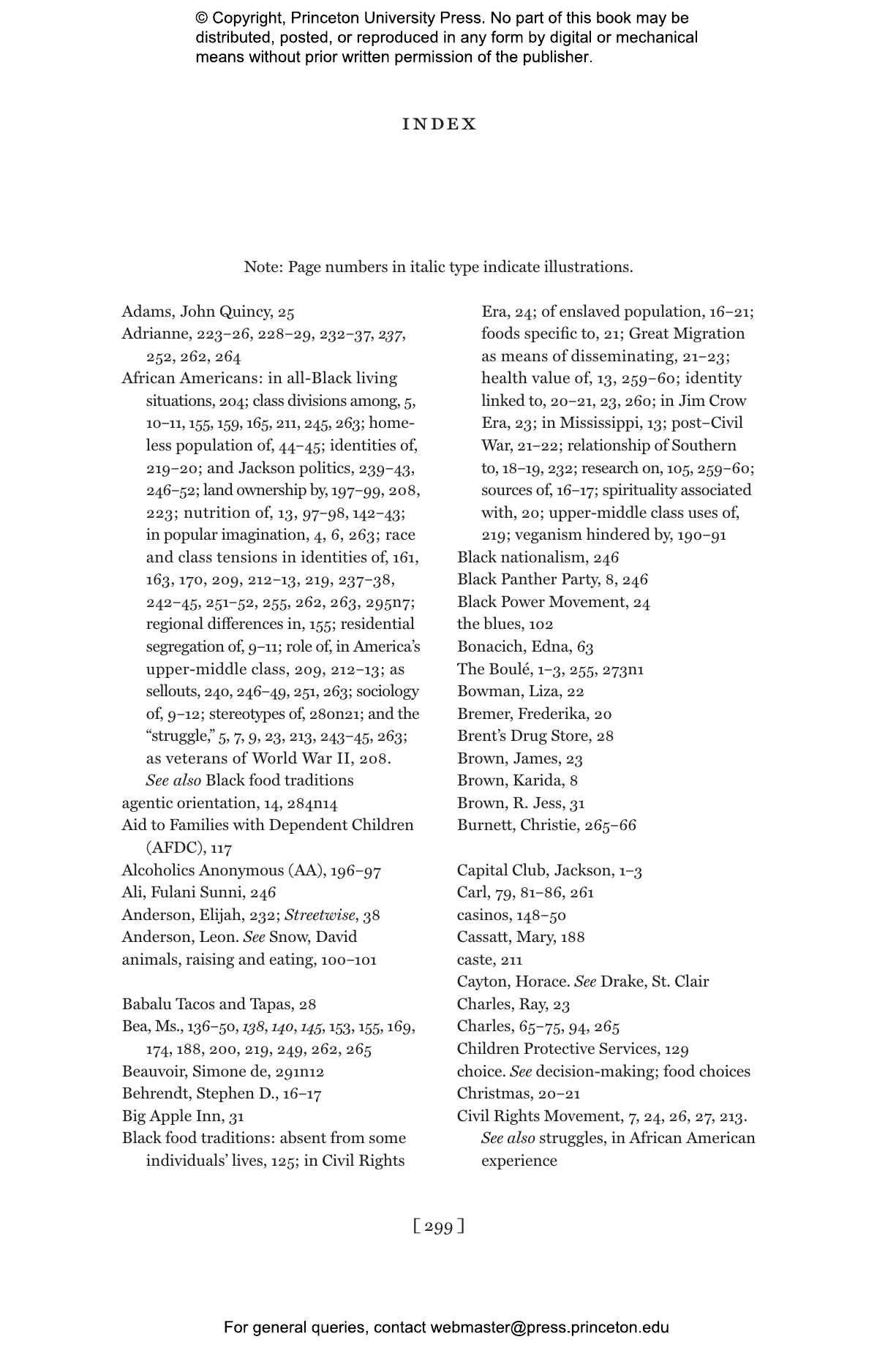 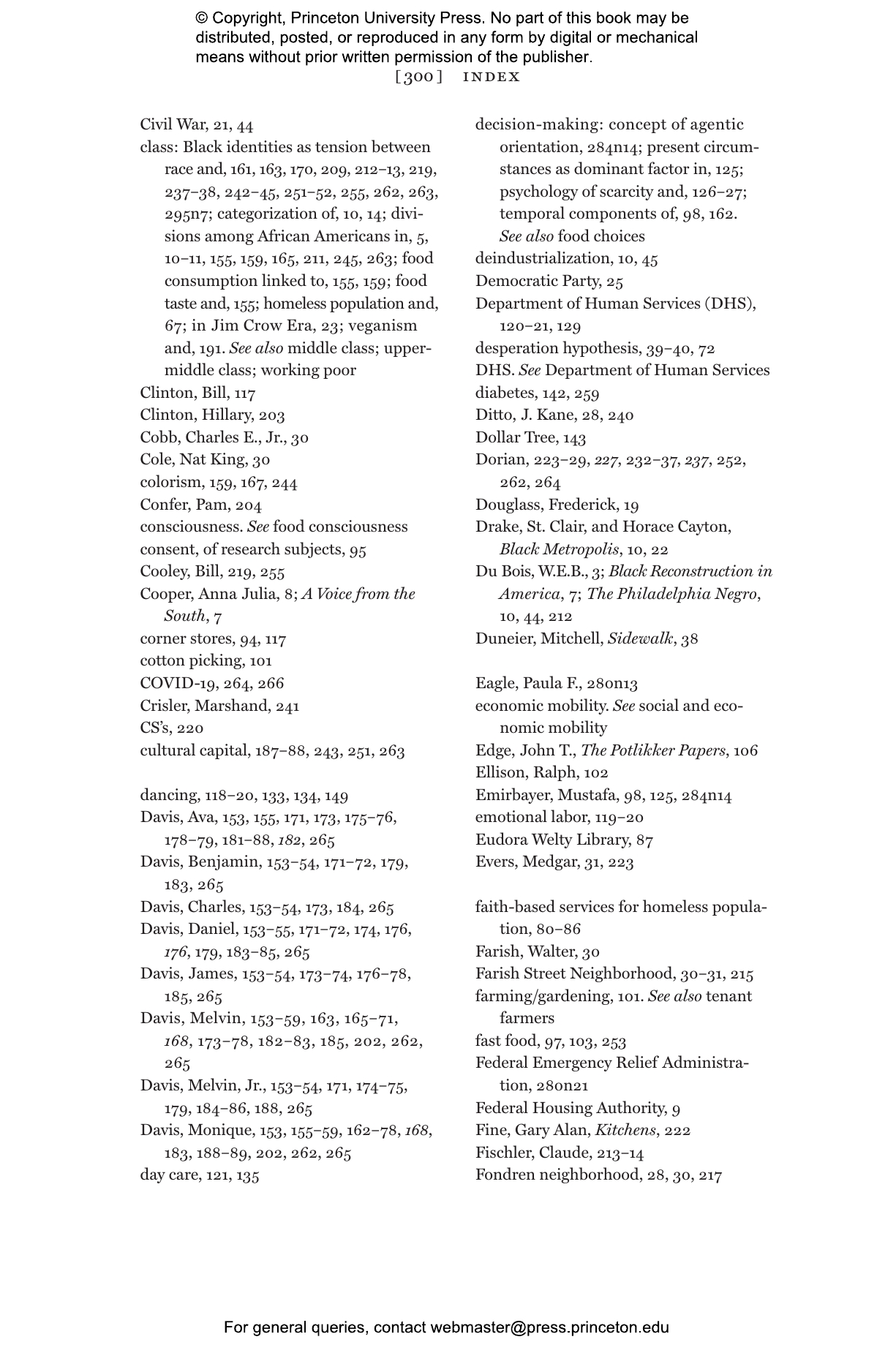 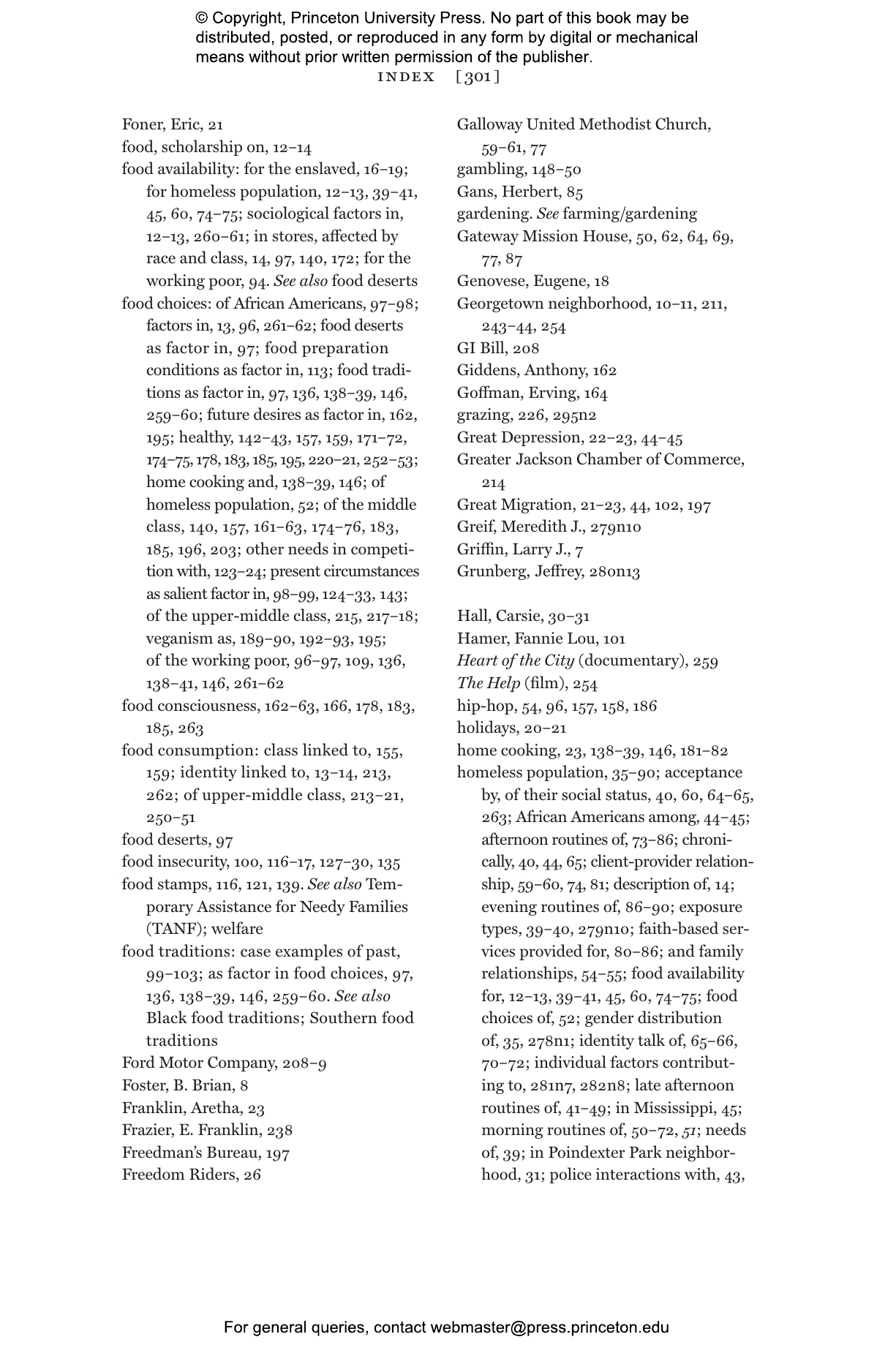 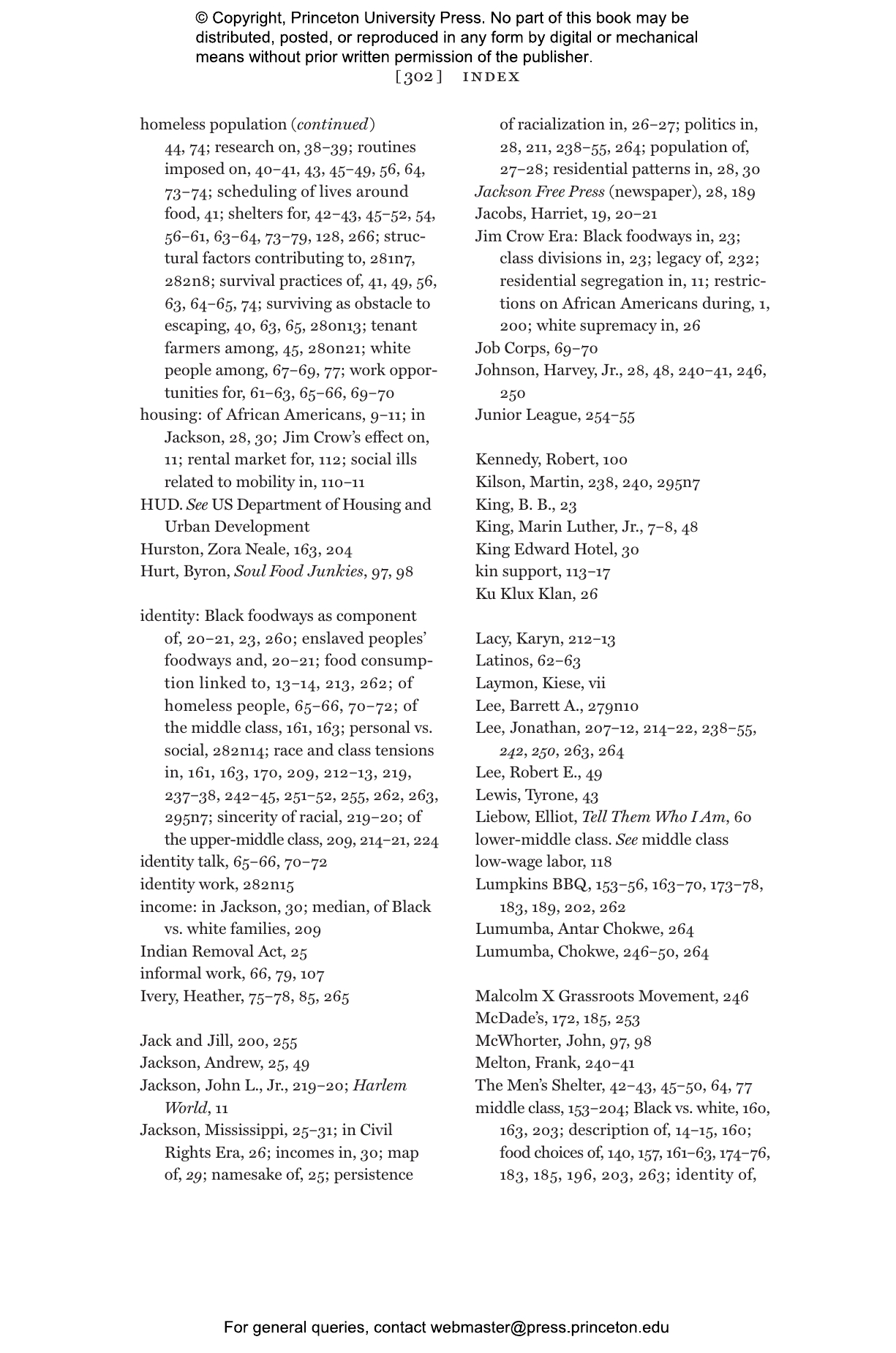 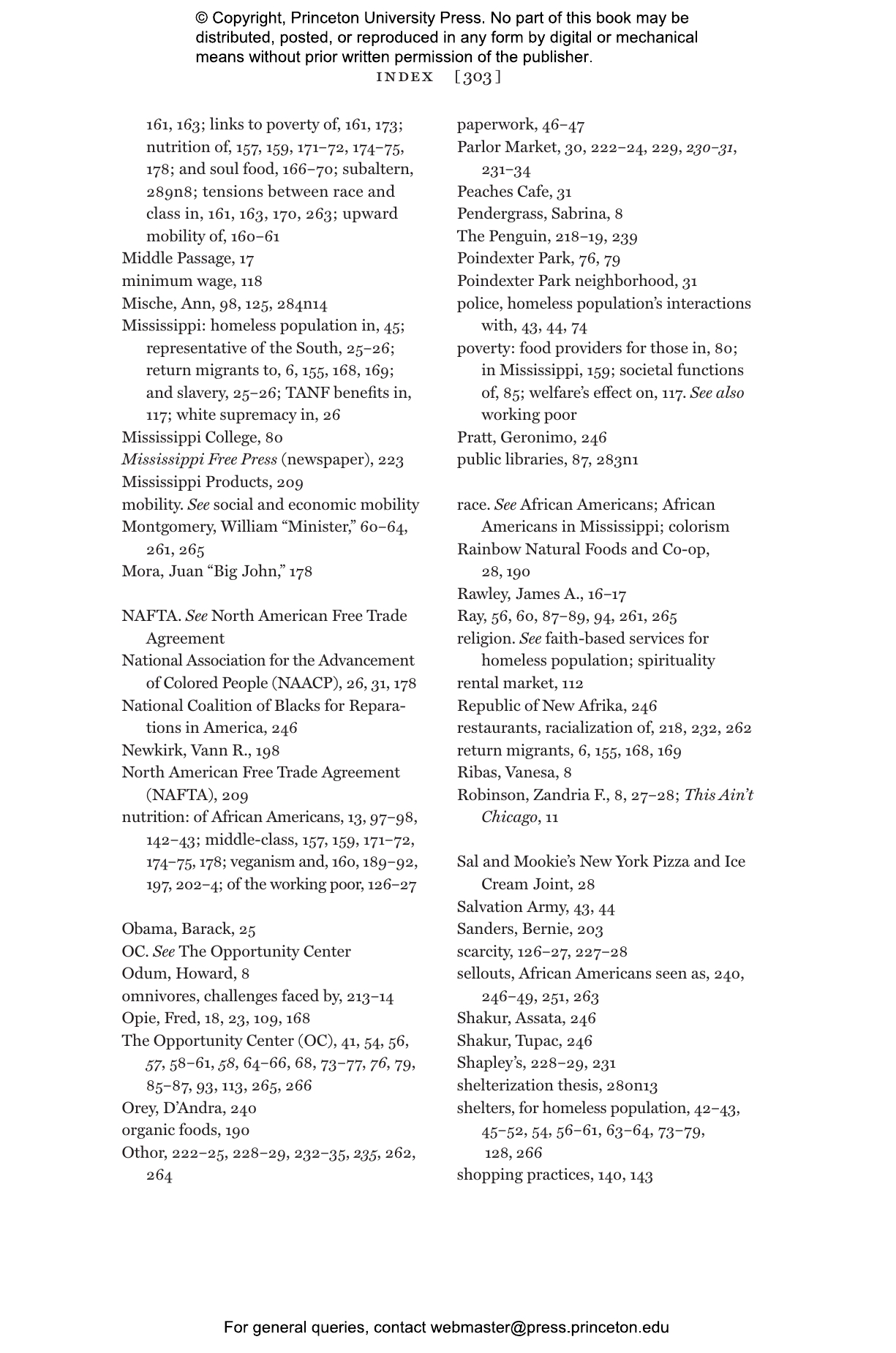 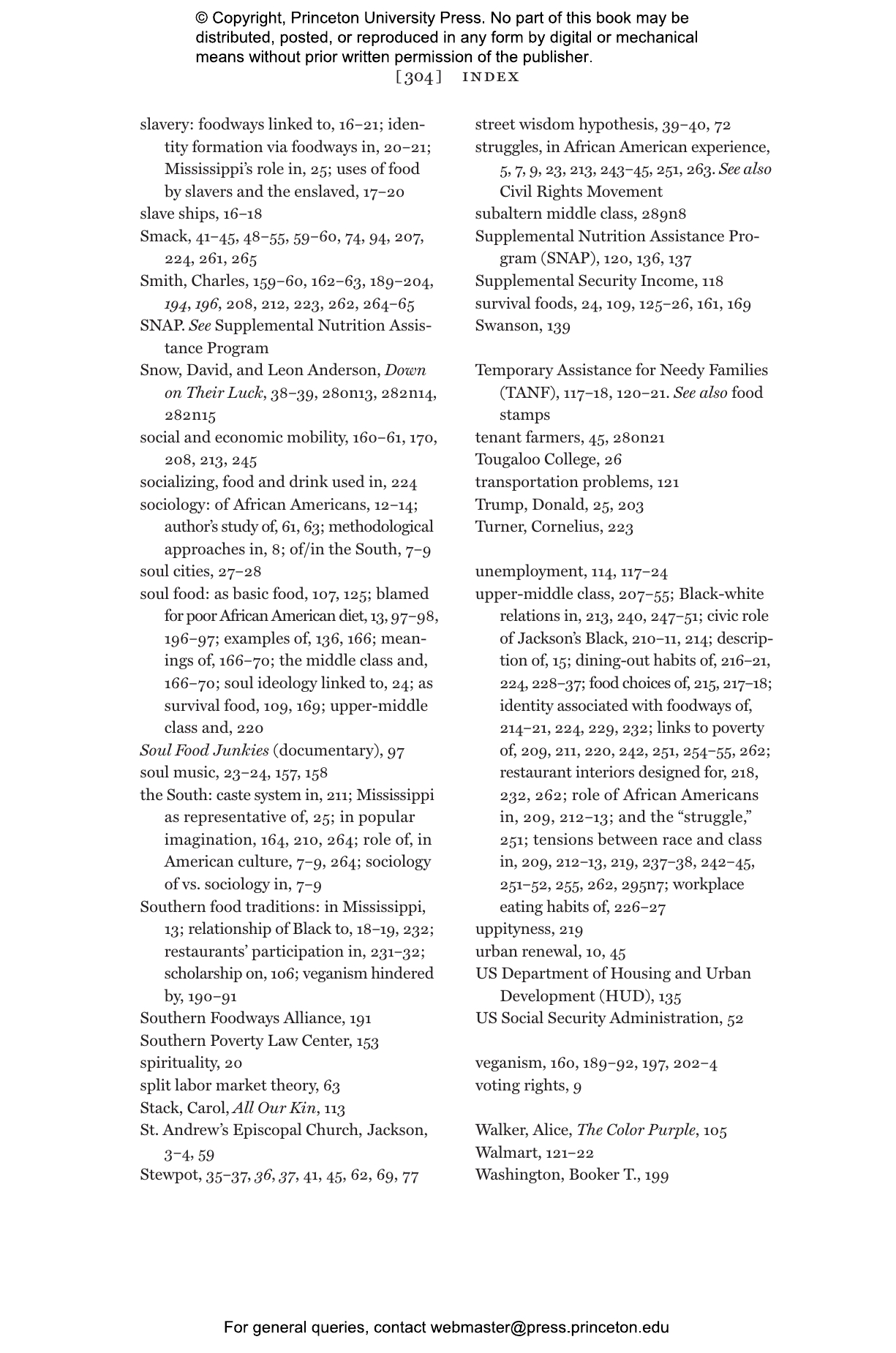 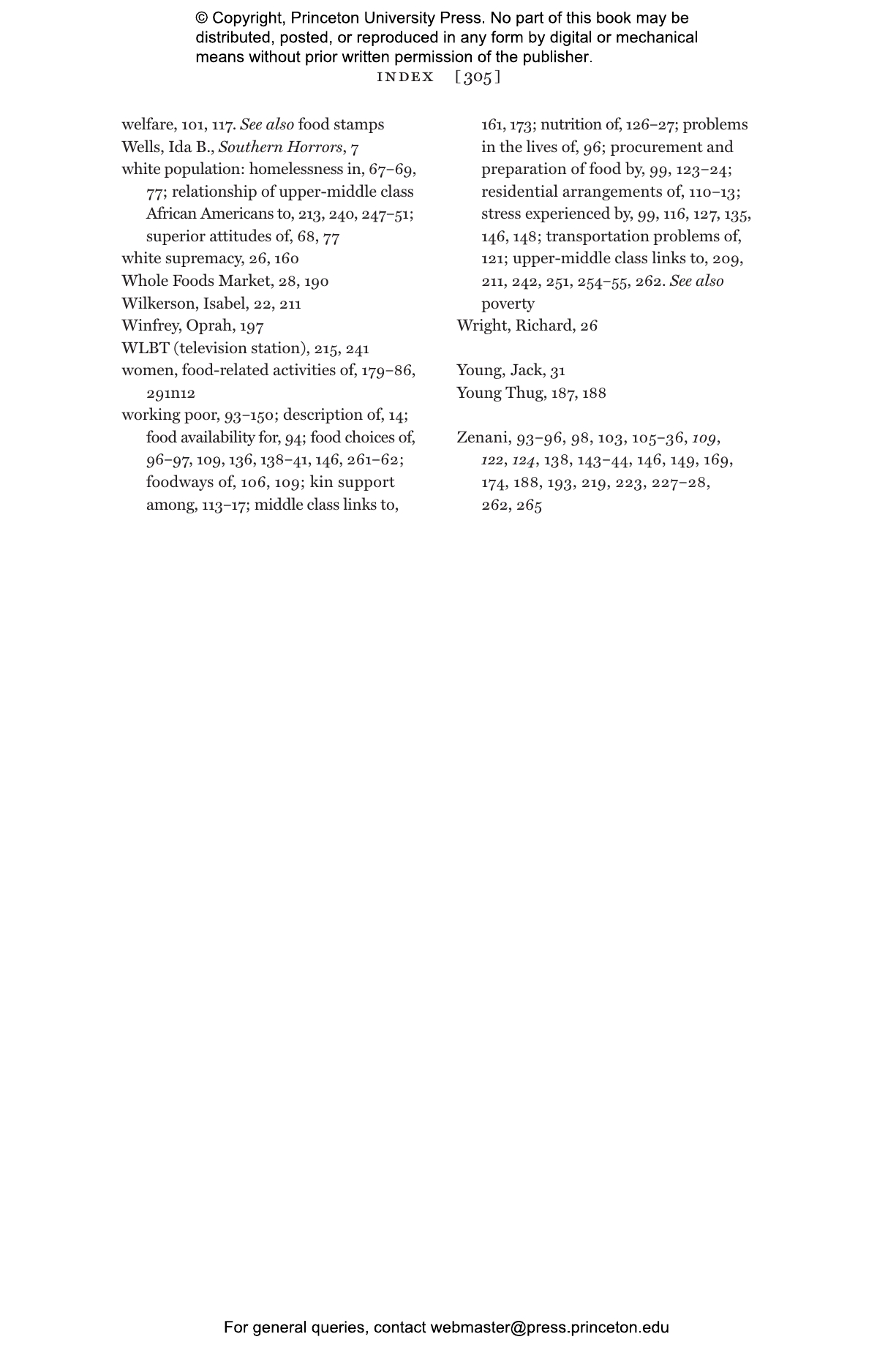 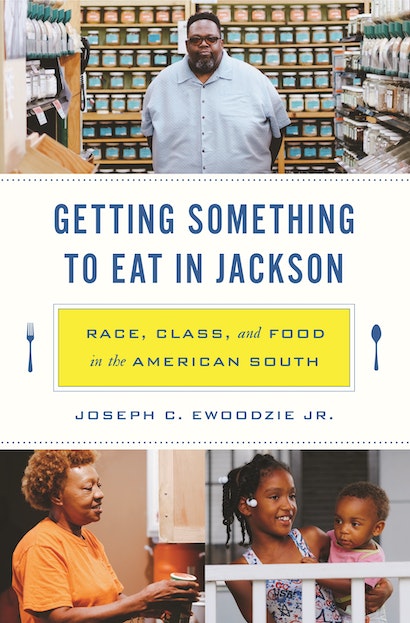 By tracing these contemporary African American foodways, Getting Something to Eat in Jackson offers new insights into the lives of Black Southerners and helps challenge the persistent homogenization of blackness in American life.

Joseph Ewoodzie Jr.: “The neighborhood is no longer what it used to be”

Ideas Podcast: Getting Something to Eat in Jackson

Poverty, pandemic, and peace of mind 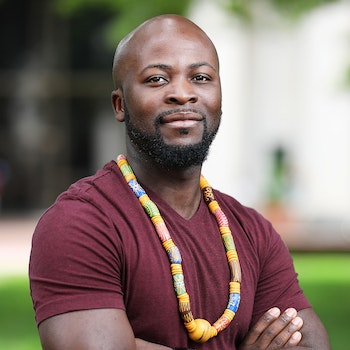 “This evocative and insightful book reveals how everyday decisions about what and how to eat unite and divide us along lines of race, class, and culture. Ewoodzie documents the foodways of Black Mississippians across the economic spectrum, from homeless men and middle-class strivers to single mothers and a mayoral candidate. What emerges is a memorable and lucid account of life and struggle, food and family in the modern American South.”—Matthew Desmond, Pulitzer Prize–winning author of Evicted: Poverty and Profit in the American City

“So, so good. And important. Ewoodzie calls us to rethink the relationship between Black Southerners and the food traditions that they have developed and remade. Getting Something to Eat in Jackson gives us a rich glimpse of contemporary Black life, told from a place—Mississippi—that is vital to the story of who we are, where we have come from, and where we might go.”—B. Brian Foster, author of I Don’t Like the Blues: Race, Place, and the Backbeat of Black Life