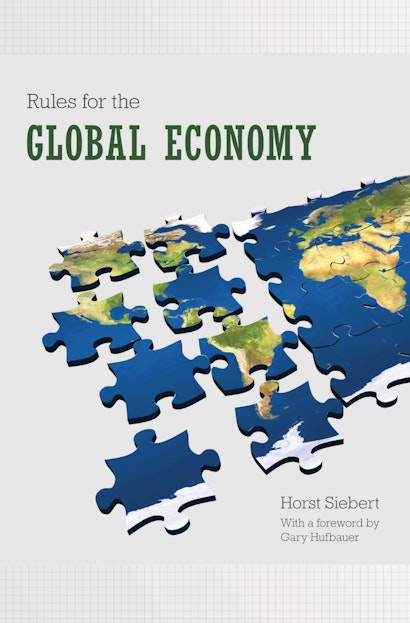 Rules for the Global Economy is a timely examination of the conditions under which international rules of globalization come into existence, enabling world economic and financial systems to function and stabilize. Horst Siebert, a leading figure in international economics, explains that these institutional arrangements, such as the ones that govern banking, emerge when countries fail to solve economic problems on their own and cede part of their sovereignty to an international order. Siebert demonstrates that the rules result from a trial-and-error process — and usually after a crisis — in order to prevent pointless transaction costs and risks.


Using an accessible and nonmathematical approach, Siebert links the rules to four areas: international trade relations, factor movements, financial flows, and the environment. He looks at the international division of labor in the trade of goods and services; flow of capital; diffusion of technology; migration of people, including labor and human capital; protection of the global environment; and stability of the monetary-financial system. He discusses the role of ethical norms and human rights in defining international regulations, and argues that the benefits of any rules system should be direct and visible. Comprehensively supporting rules-based interactions among international players, the book considers future issues of the global rules system.

Horst Siebert (1938-2009) was the Heinz Nixdorf Professor in European Integration and Economic Policy at Johns Hopkins University's SAIS Bologna Center in Italy. His books include The World Economy, Economics of the Environment, and The German Economy (Princeton). 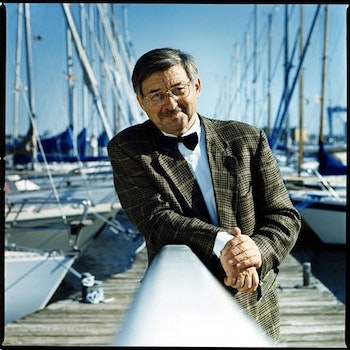 "A useful contribution to the international economics literature."—Choice

"Interactions among countries are mediated by rules. Examples include the rules for trade, the flow of finance, financial stability, the environment, and human rights. Siebert's new book not only explains what these regulations are, but why they exist and, more importantly, why they change over time. The perspective taken by the book is as simple as it is powerful: rules evolve to reduce transactions costs. Siebert has written an intellectually exciting and wise book—a guide for devising the rules needed to address many of today's great challenges."—Scott Barrett, Columbia University

"This brilliant exposition by a leading economist explains why globalization requires global rules. The author's argument is based on the German school of liberalism that emphasizes the need for the state to provide standards for the proper working of a market economy."—André Sapir, Université Libre de Bruxelles

"Officials who are tasked with translating the G-20 aspirations into new rules will greatly benefit from Siebert's sound analysis. The rest of us can use Siebert as a guide to distinguish between rules that genuinely answer the needs of our new era and fluffy wisps in the sky."—from the foreword by Gary Hufbauer, Peterson Institute for International Economics

"This is an iconoclastic and interesting work. Arguing that a rules-based interaction among global players is critical for achieving the gains promised by globalization, Siebert applies this notion to each of the major areas of the international system. The book's arguments are consistent and relevant for policy, especially with respect to trade and the environment."—Ingo Walter, New York University