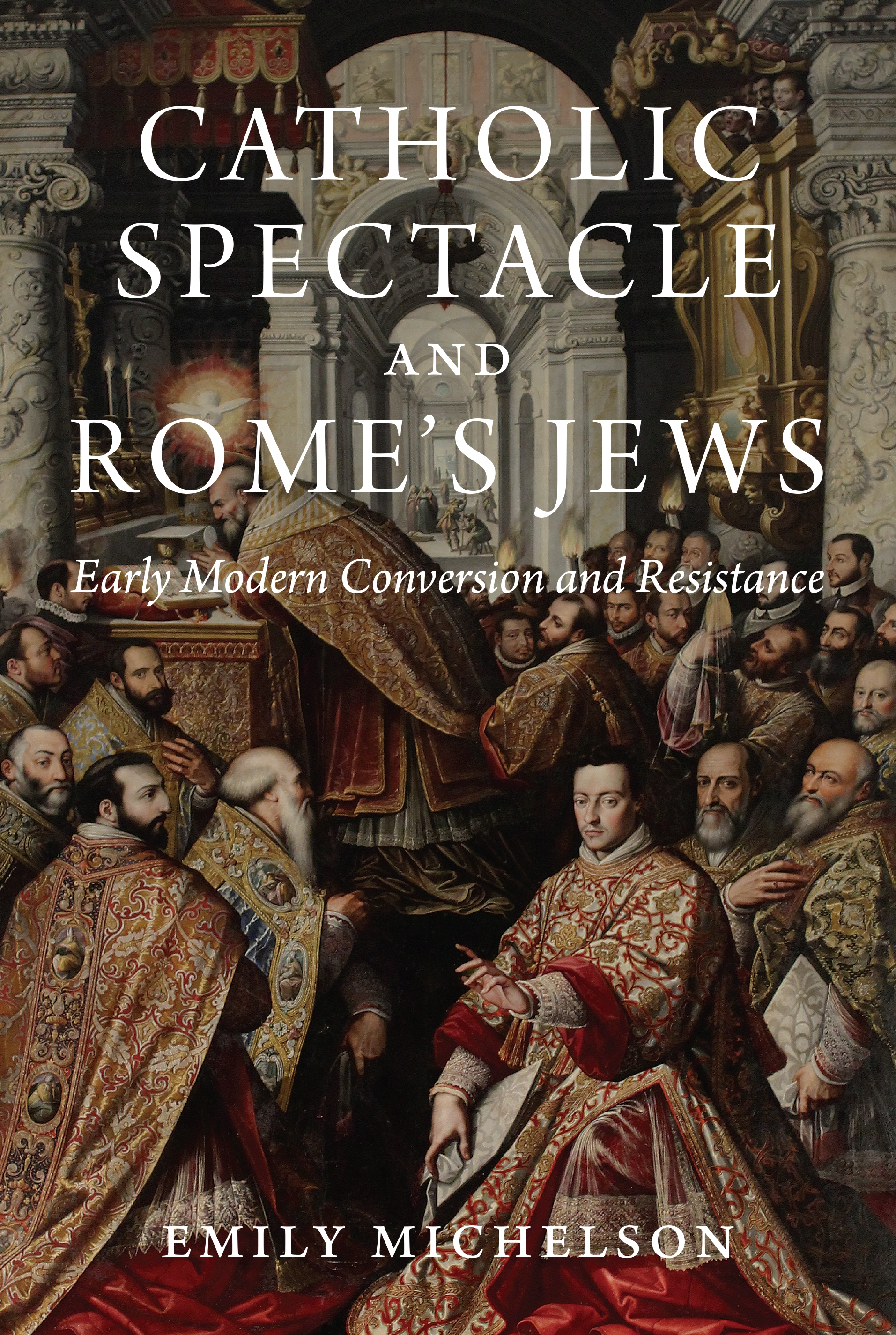 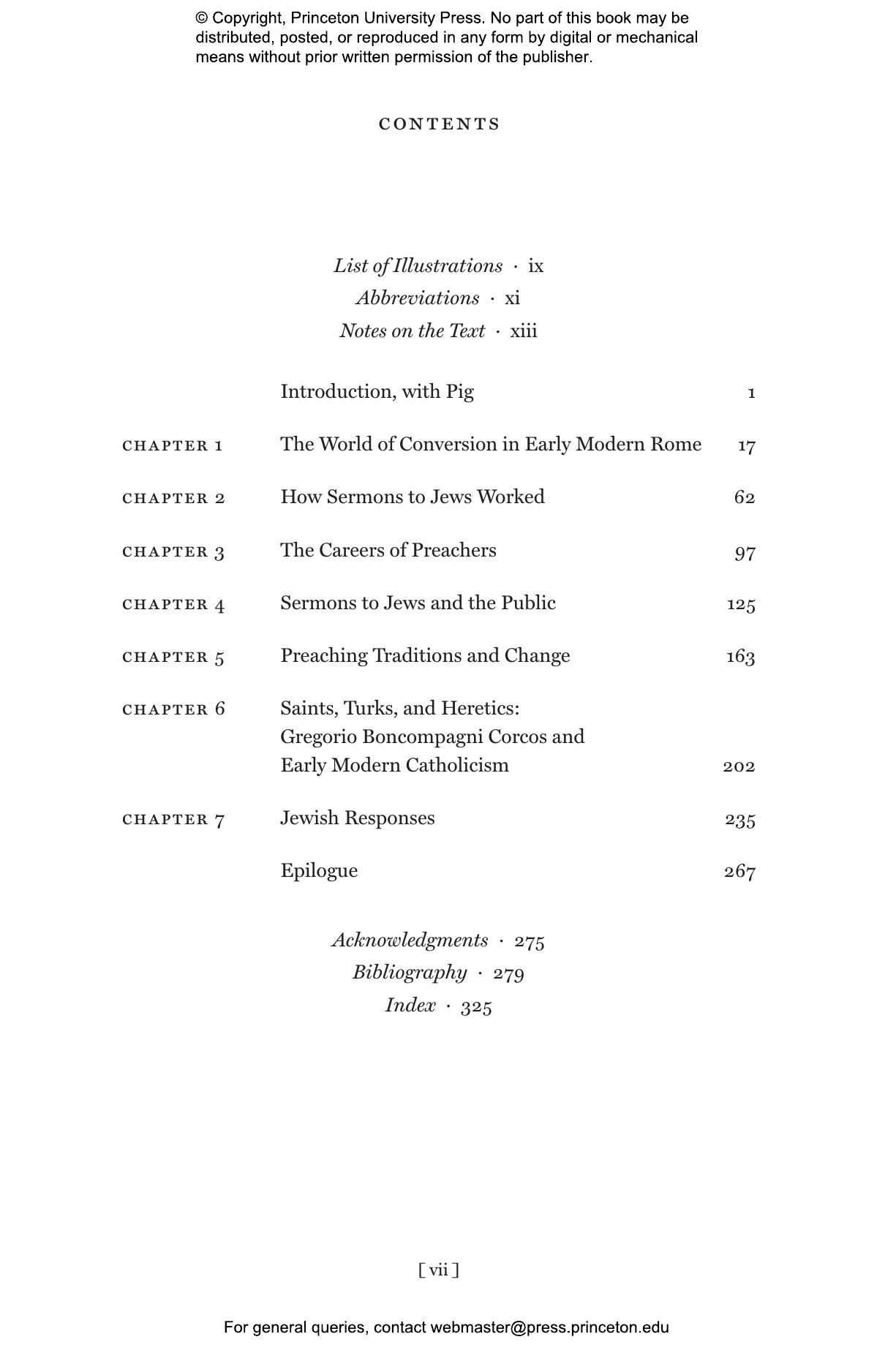 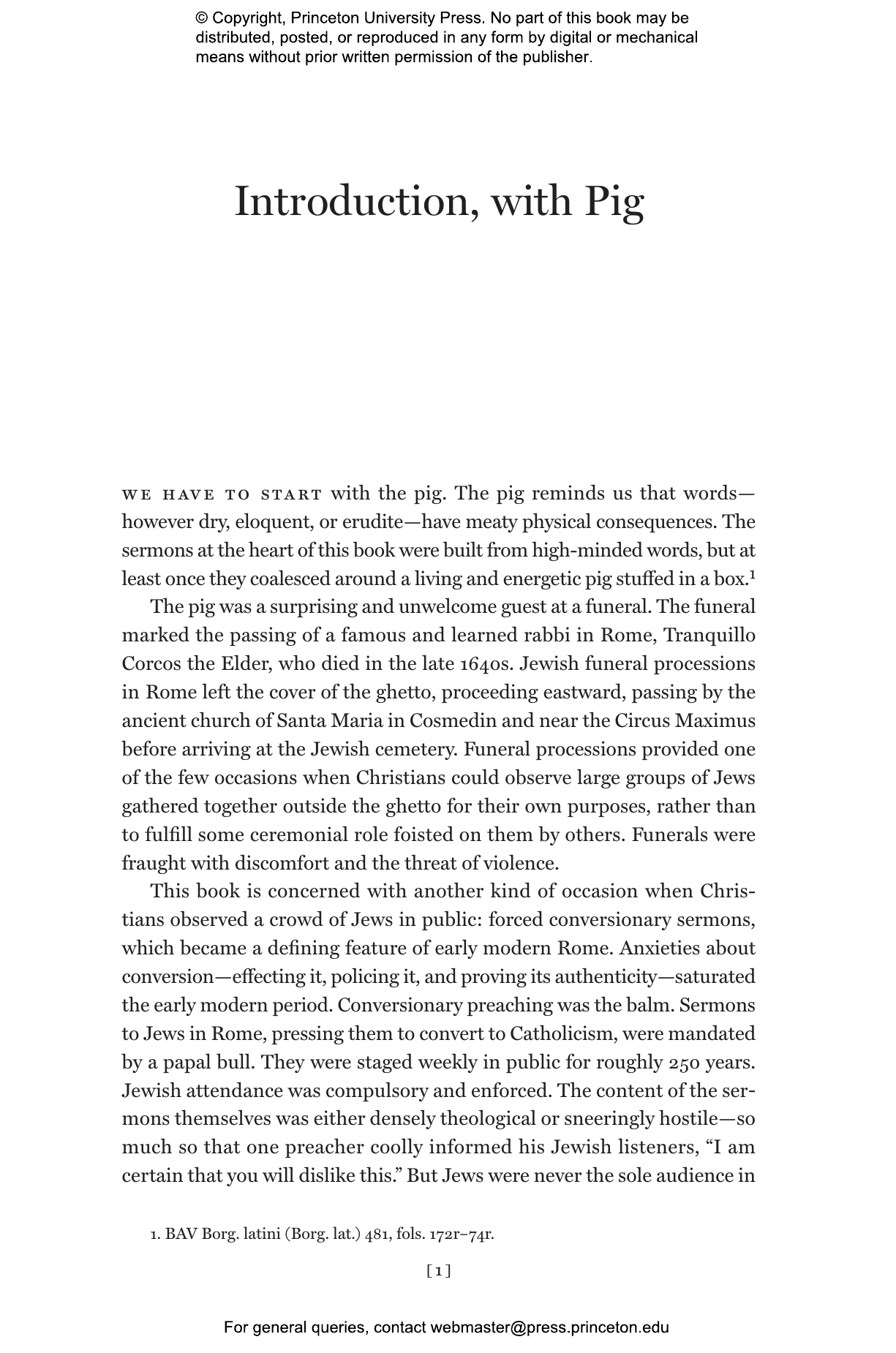 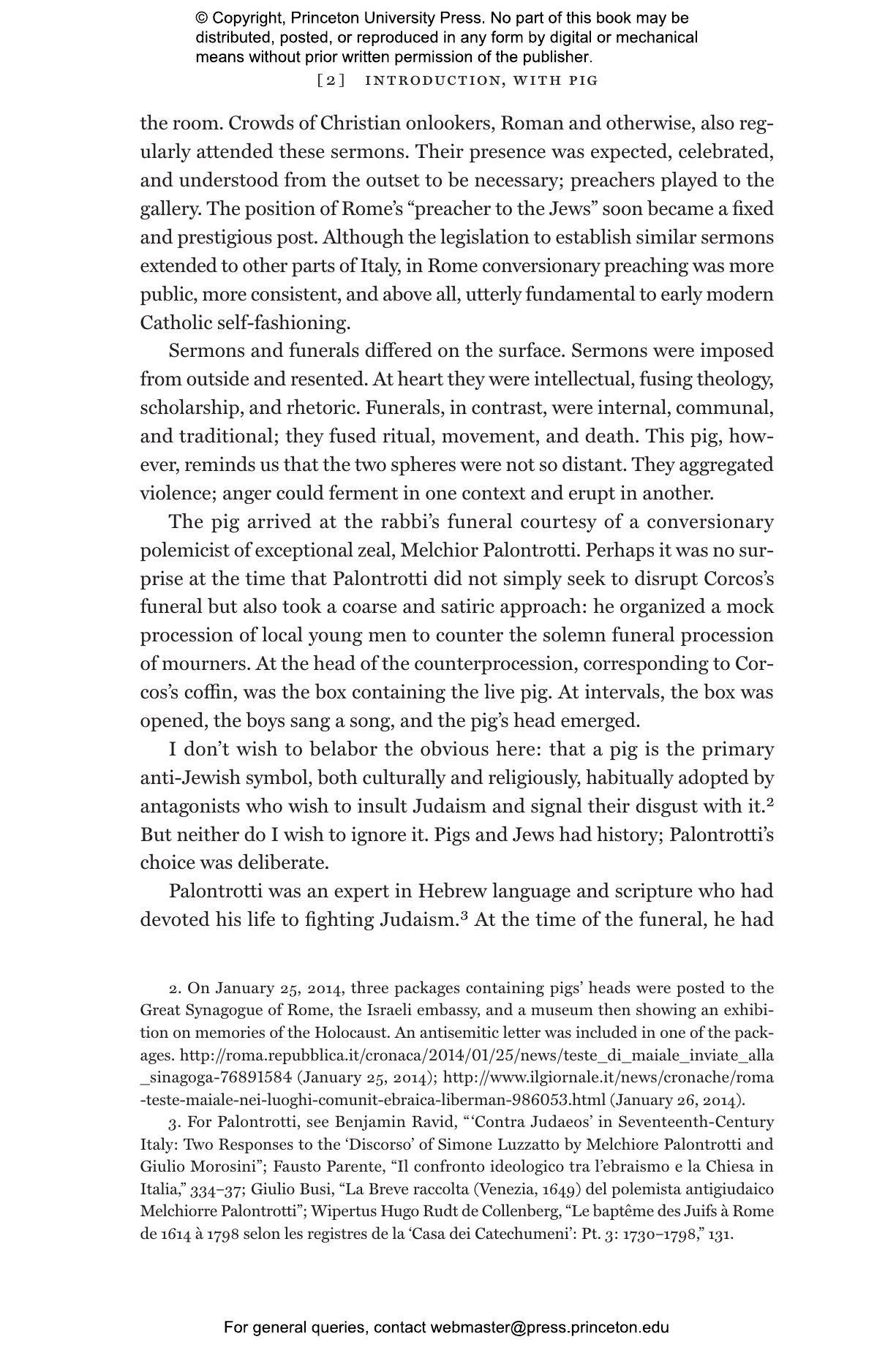 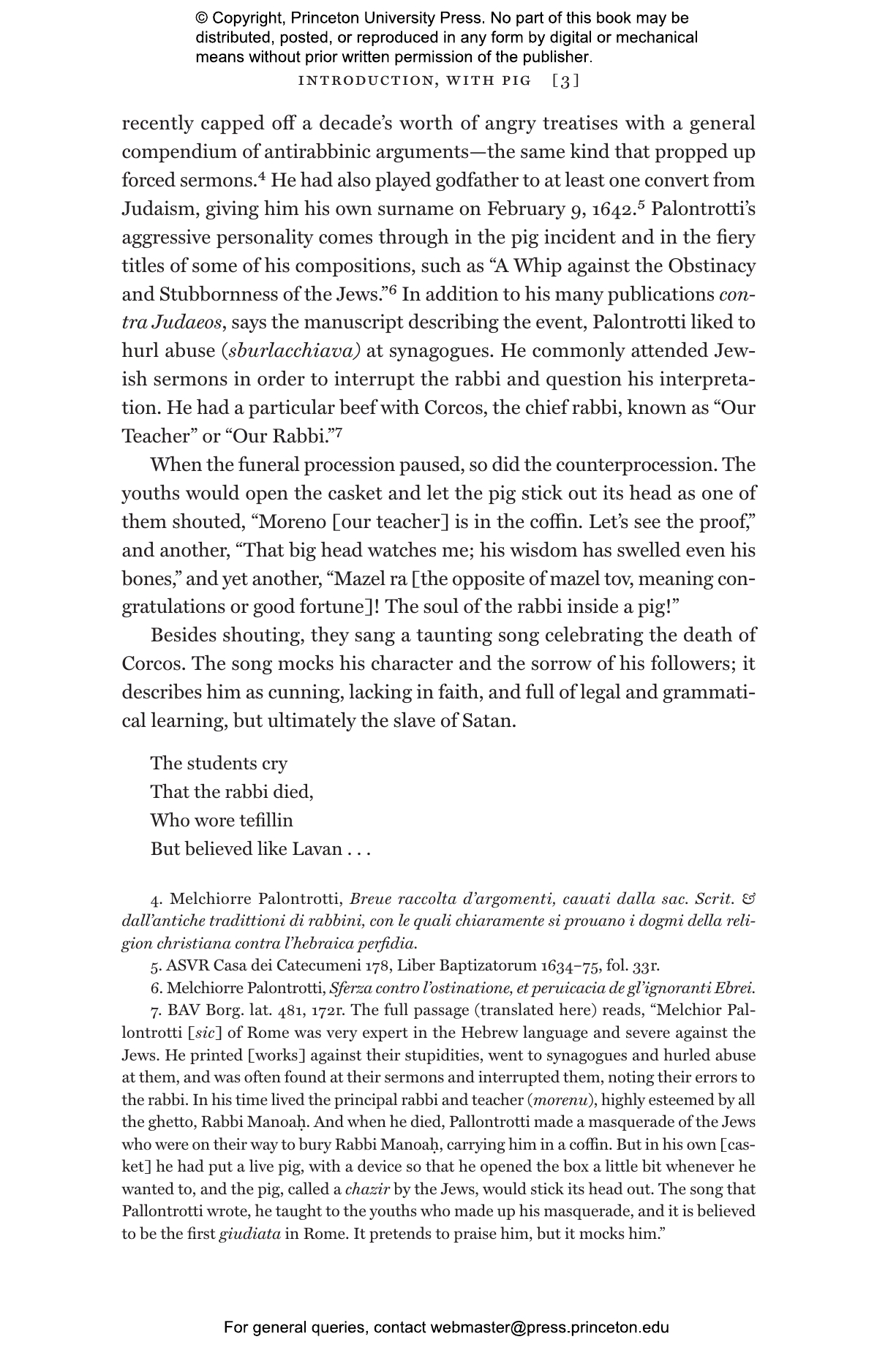 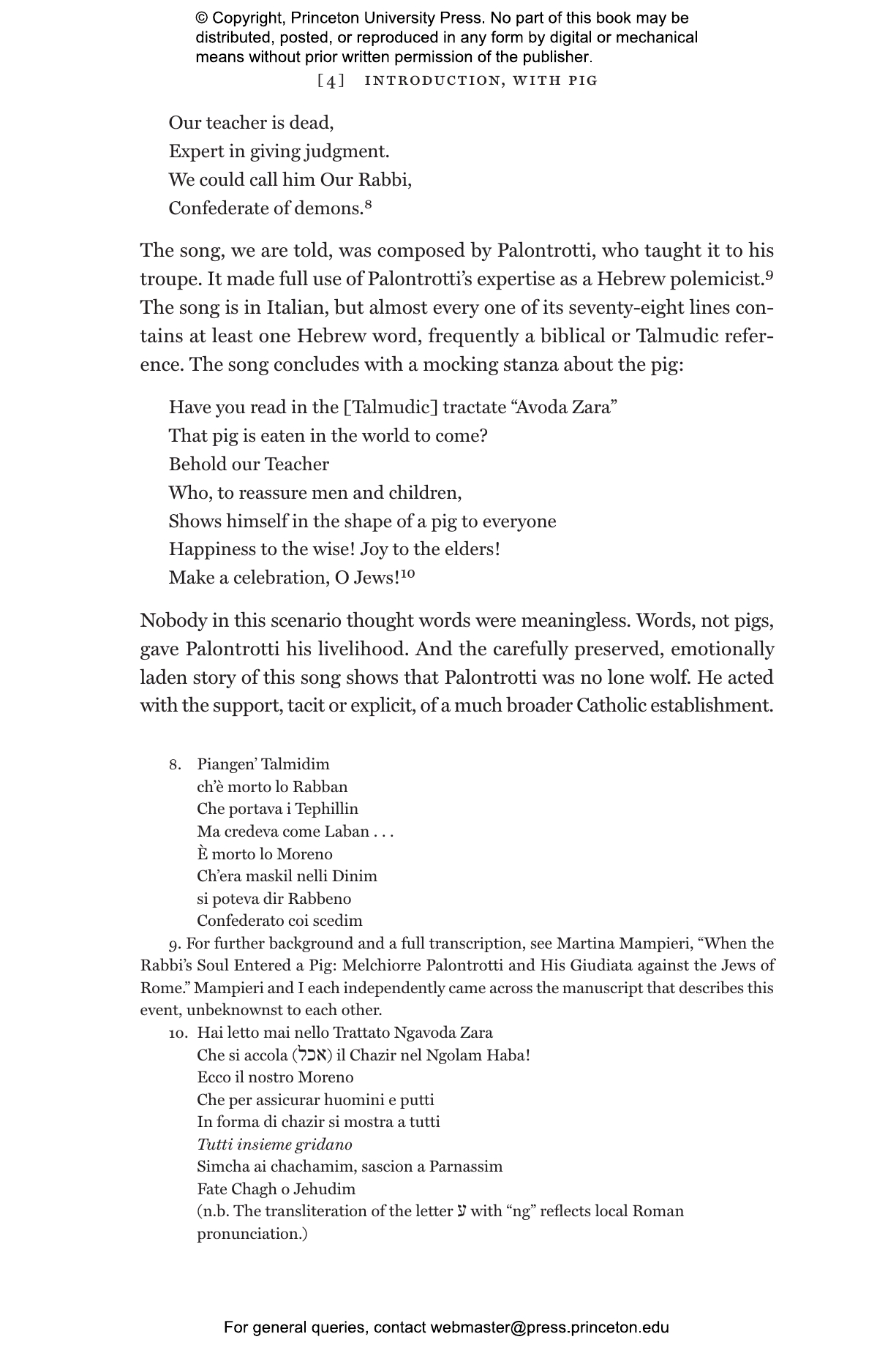 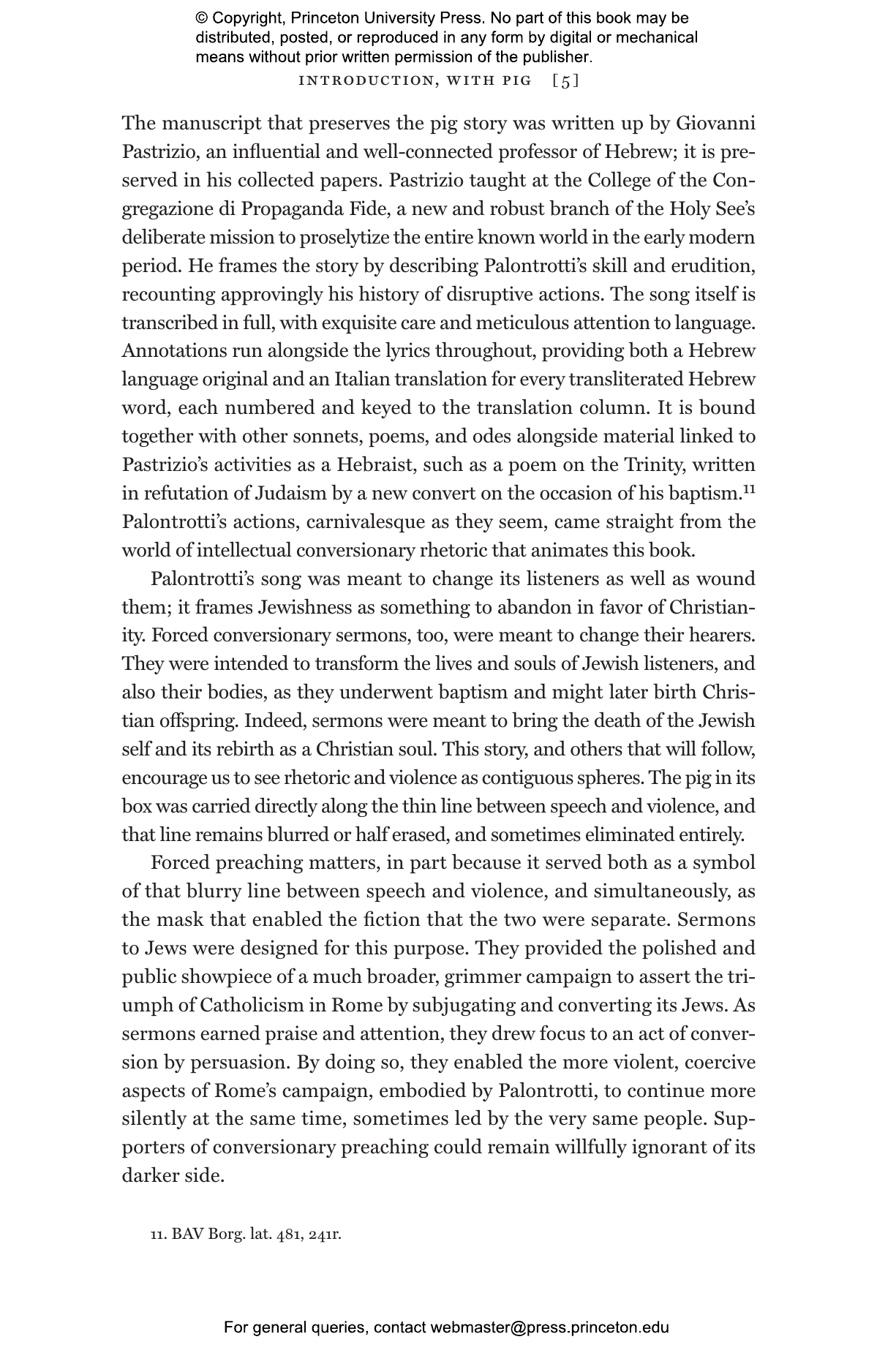 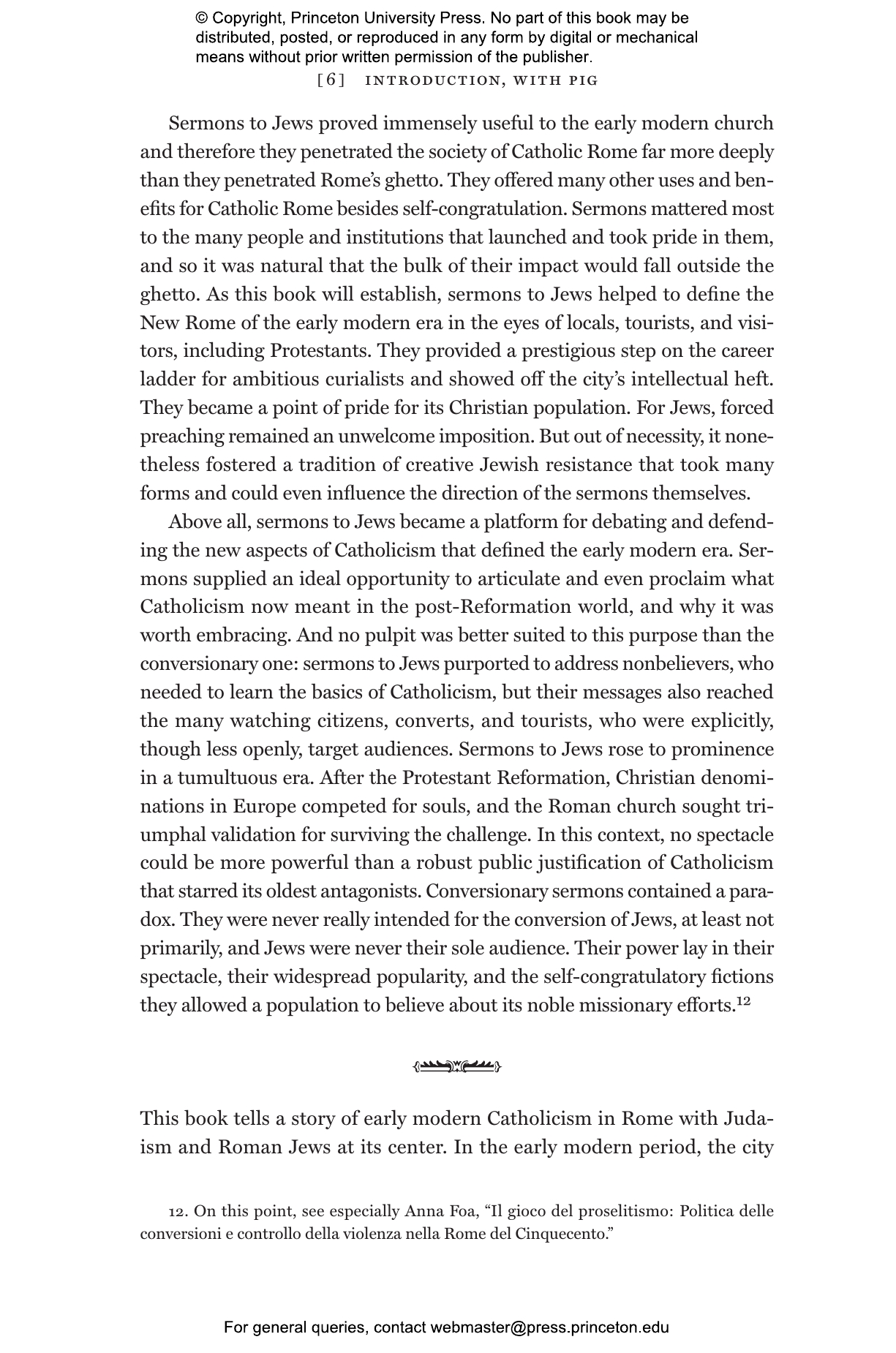 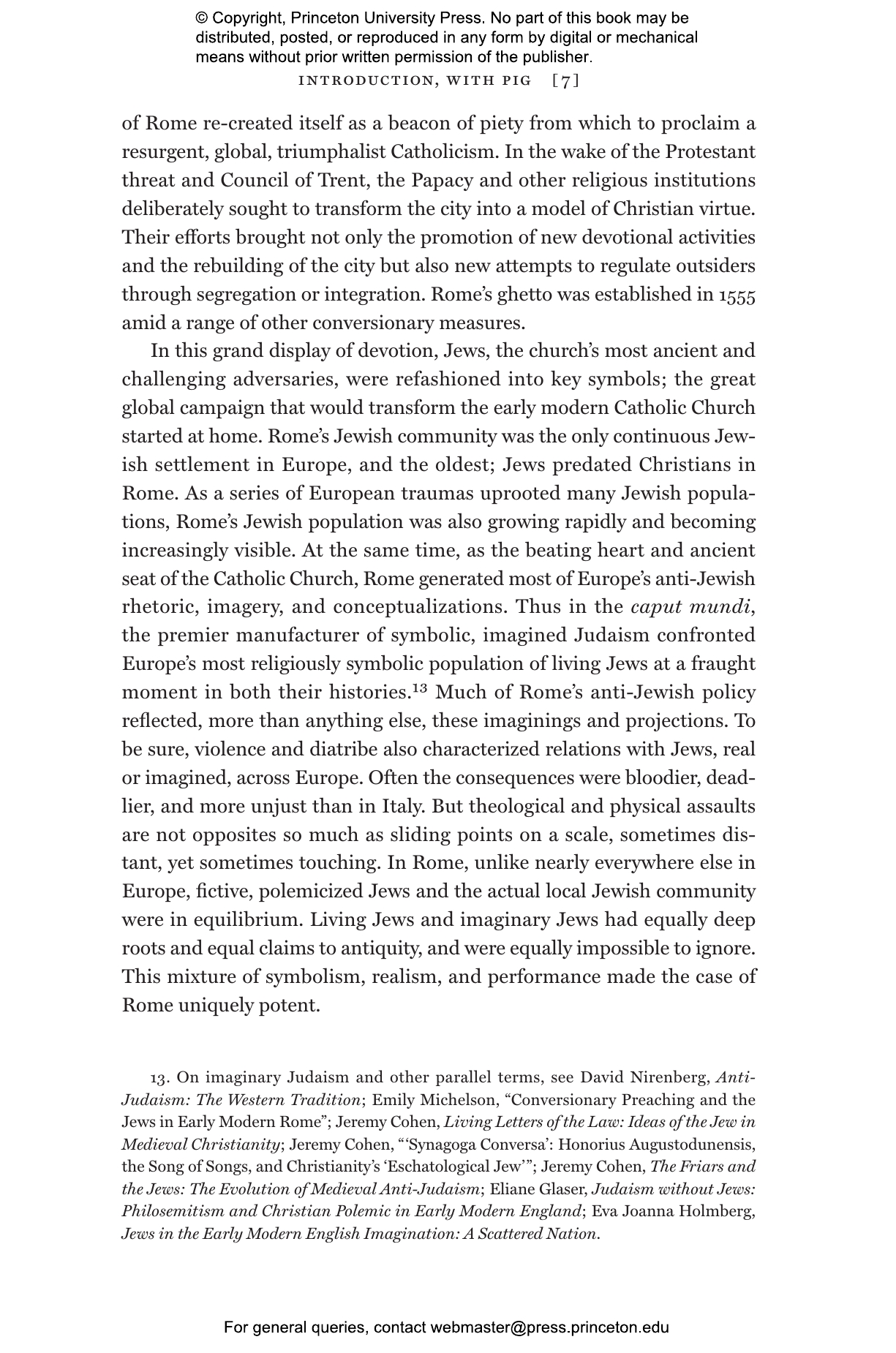 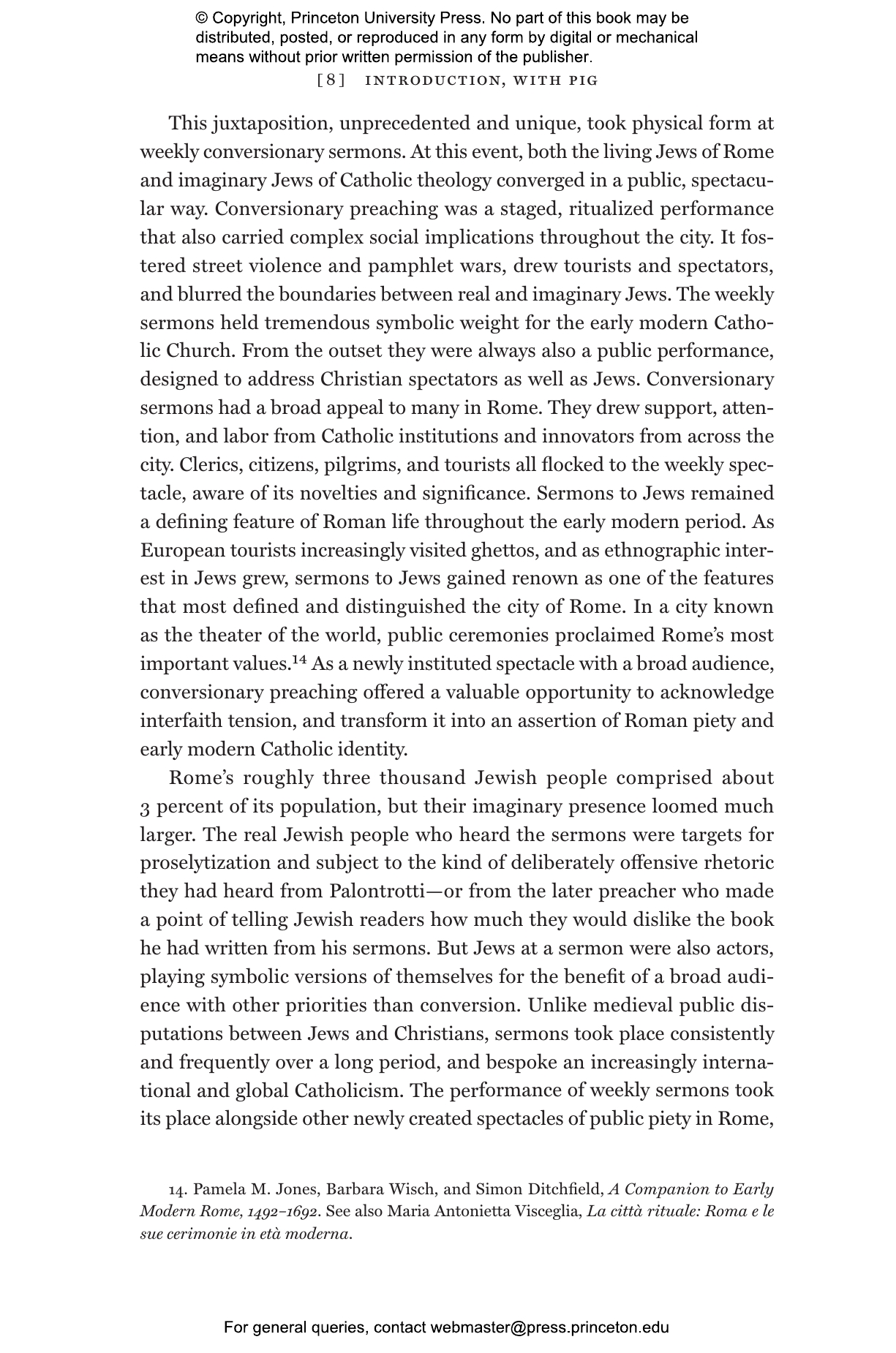 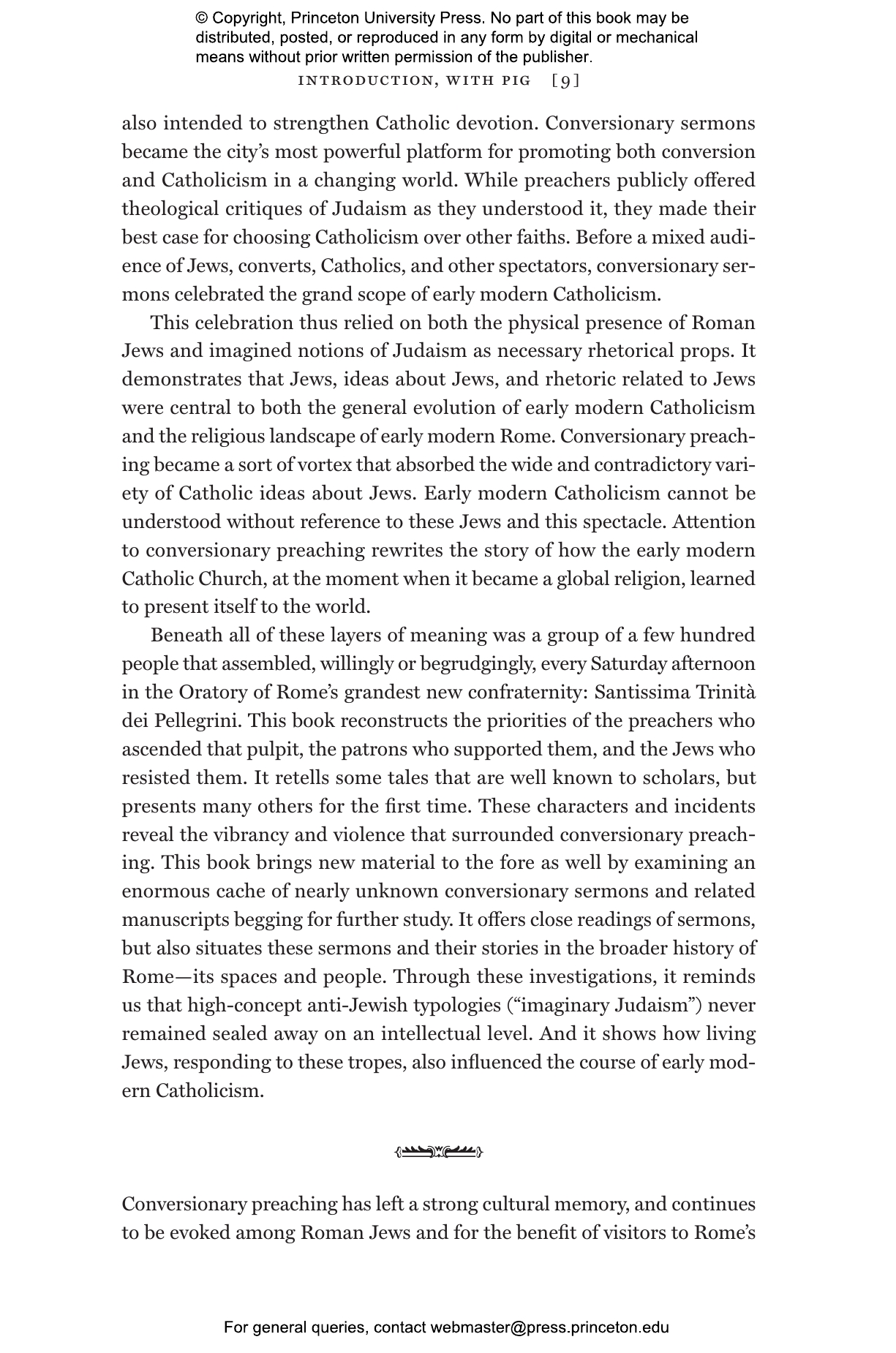 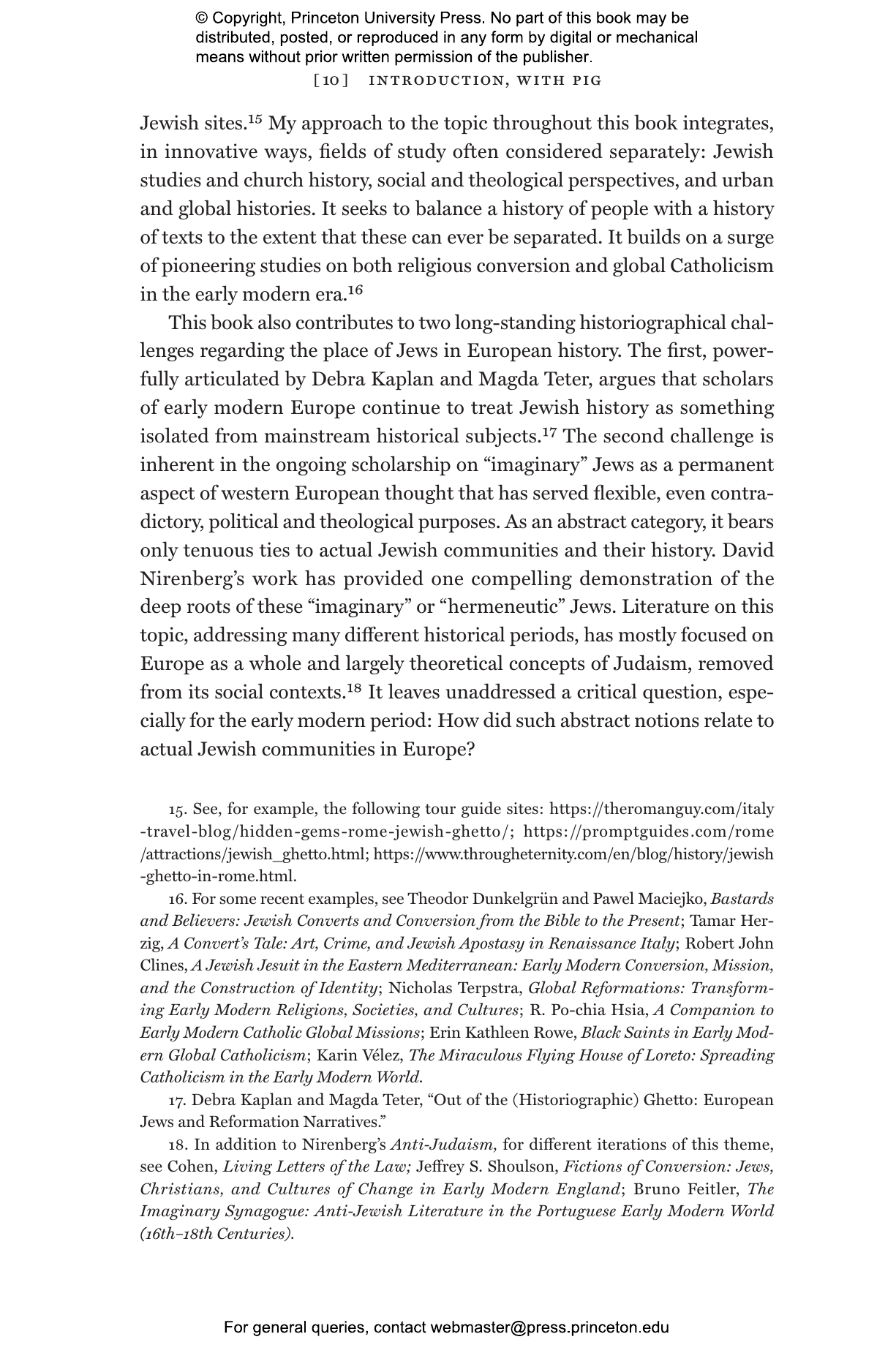 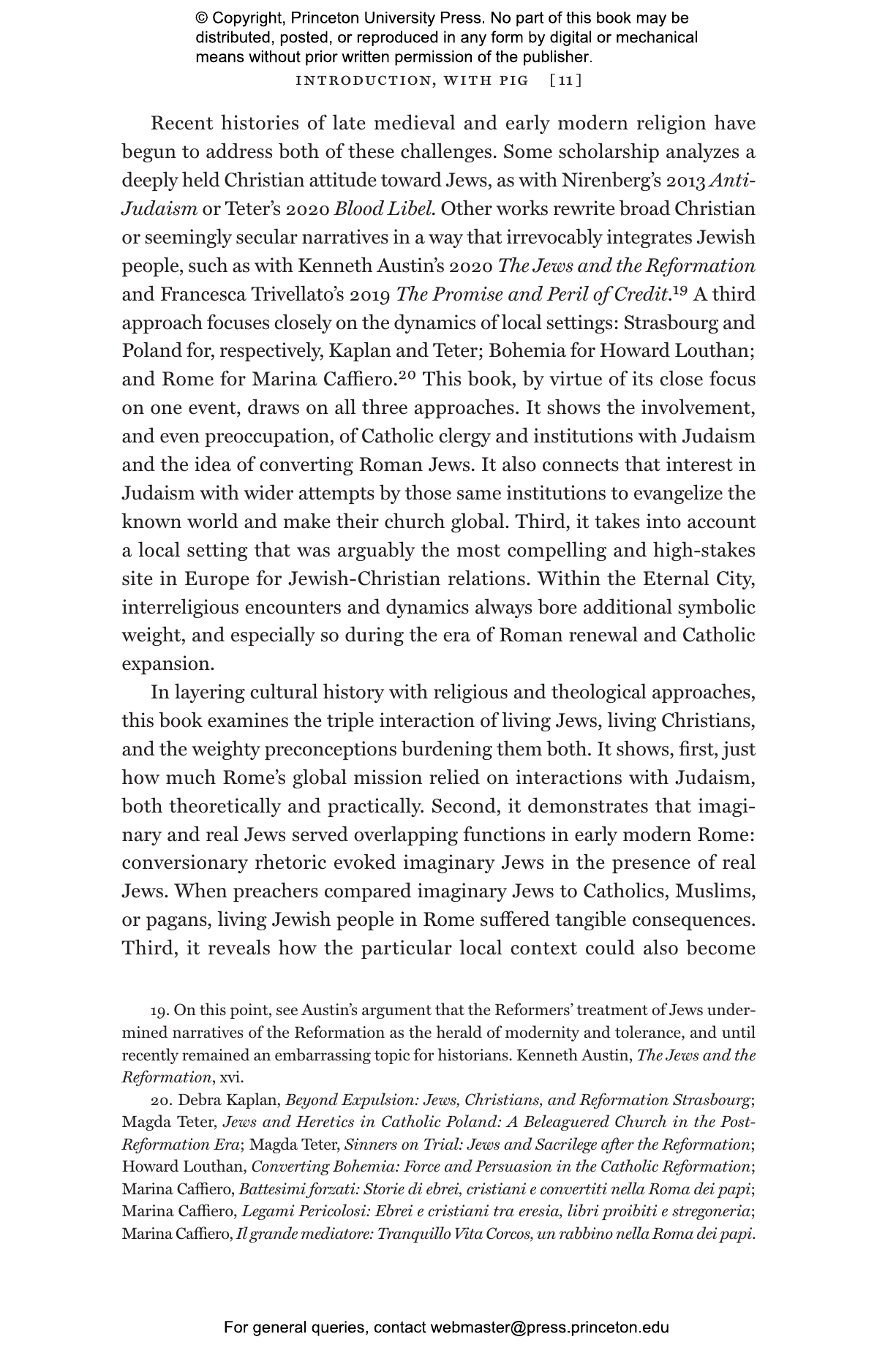 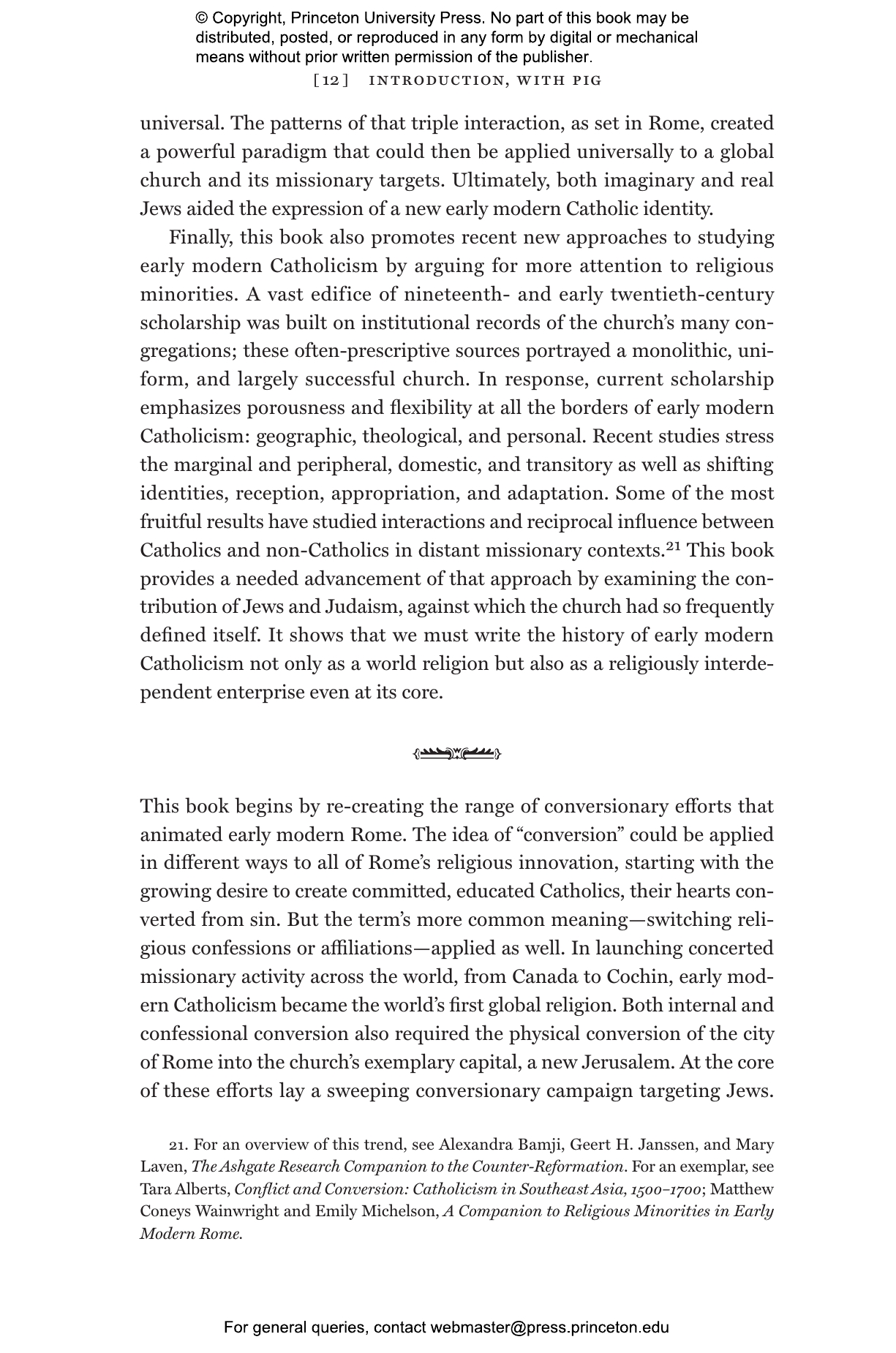 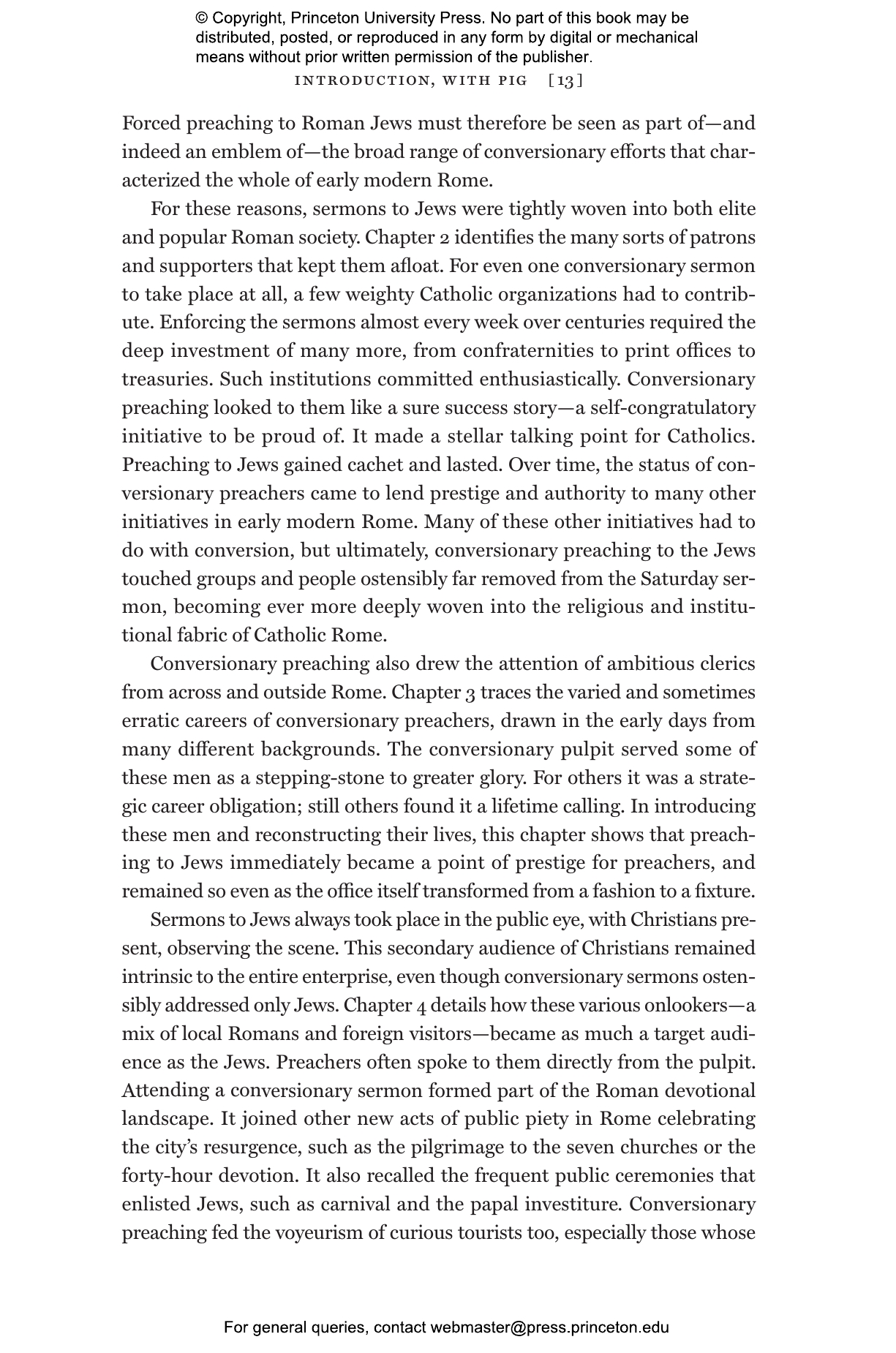 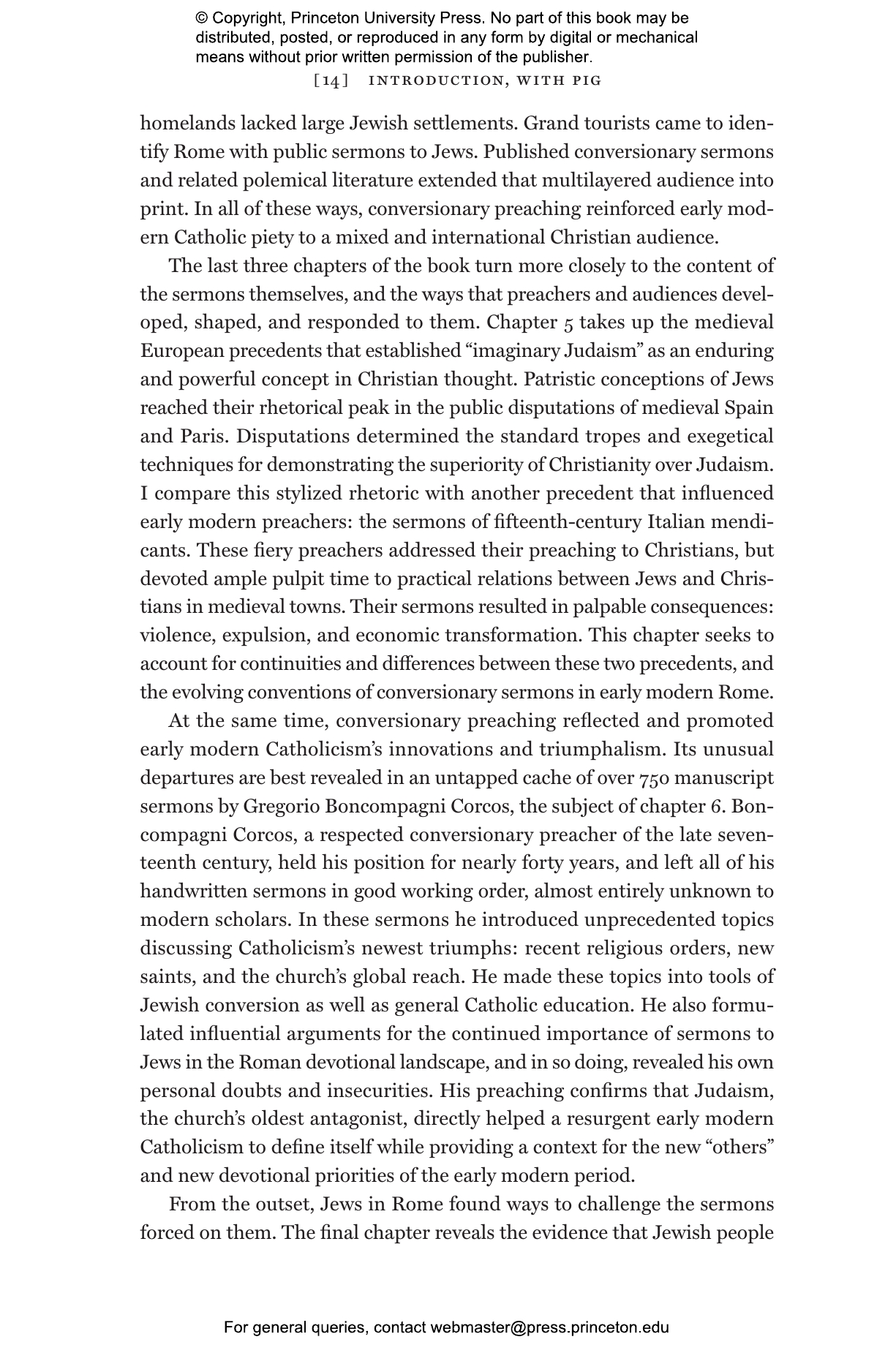 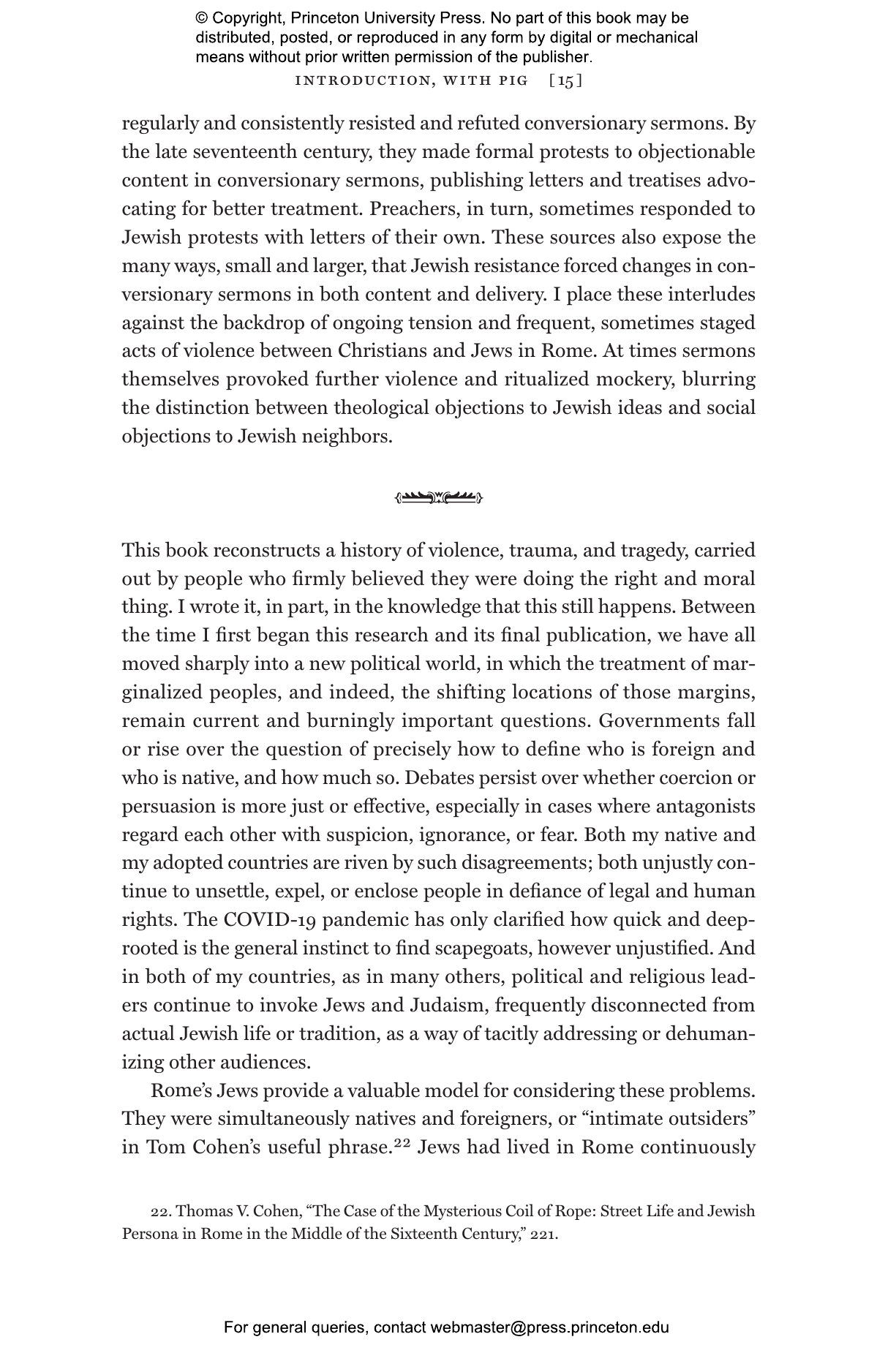 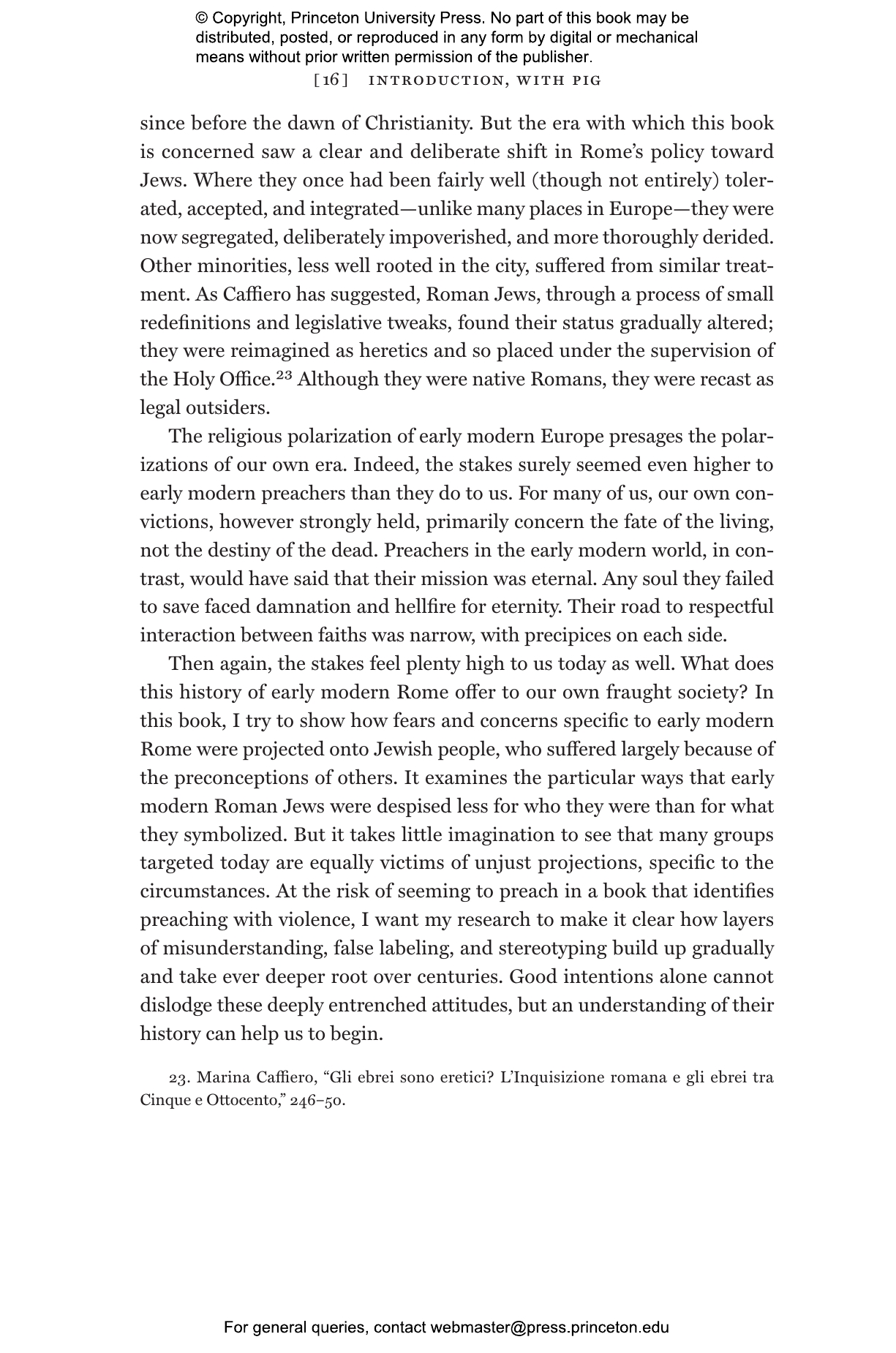 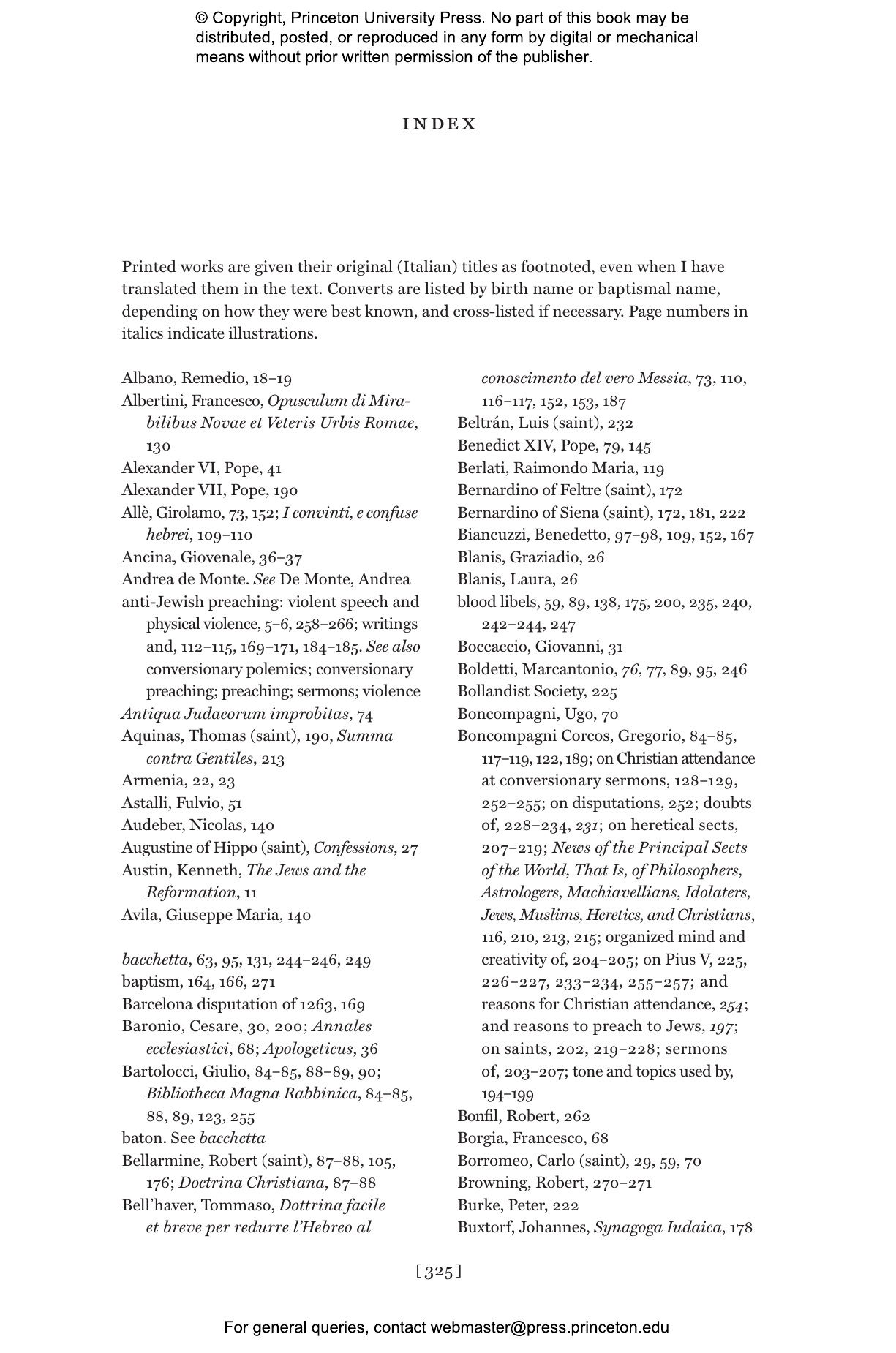 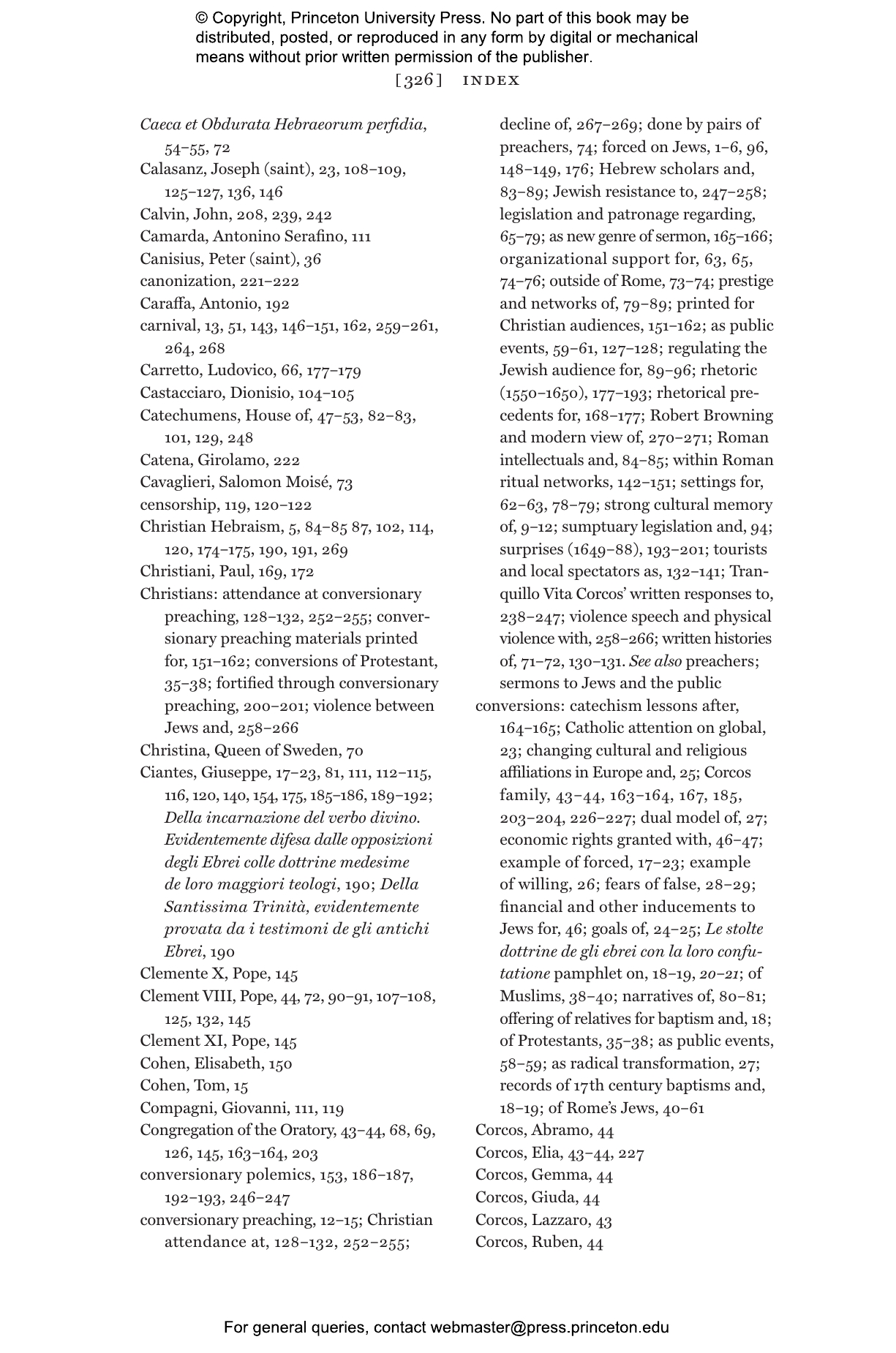 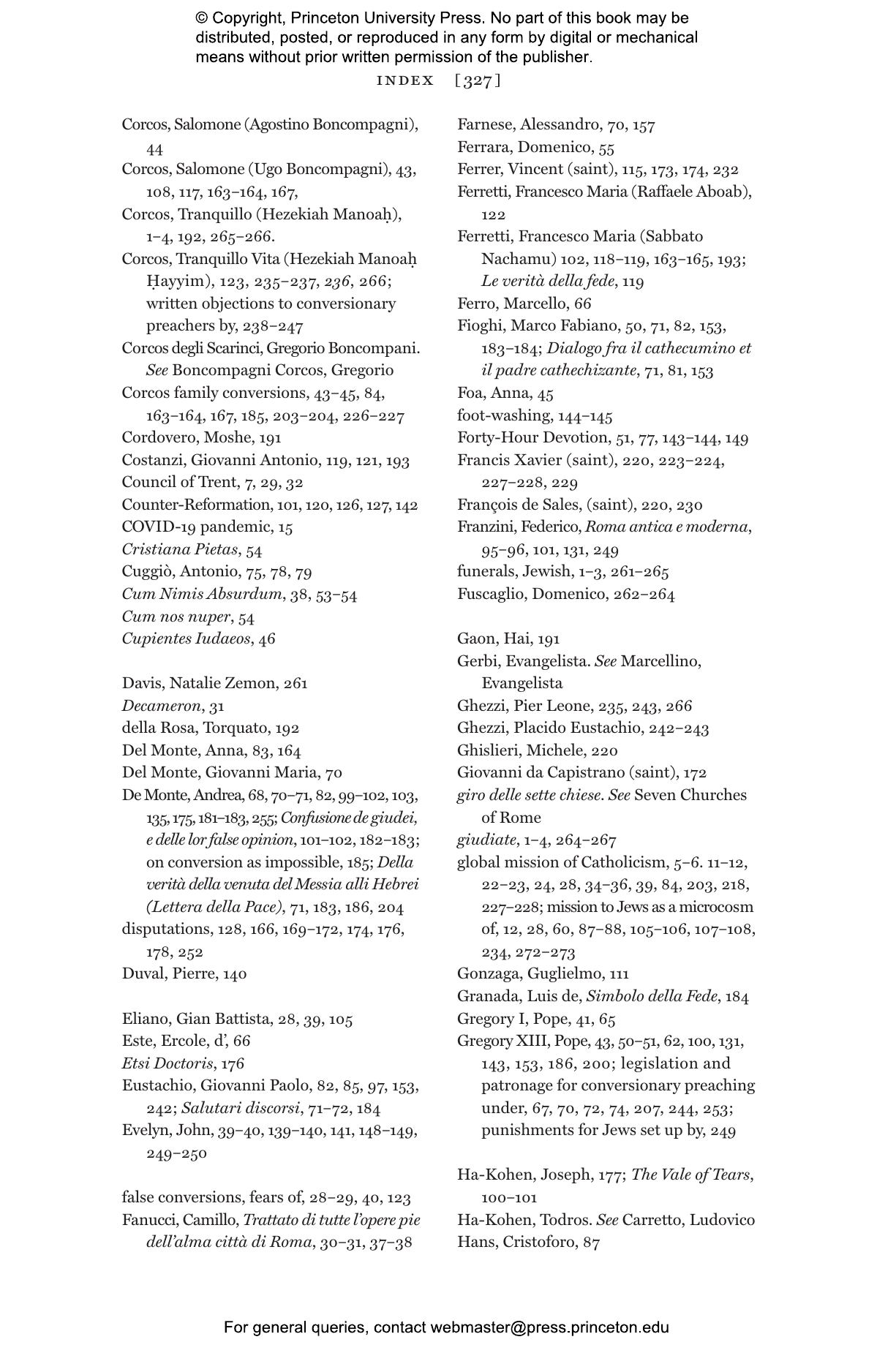 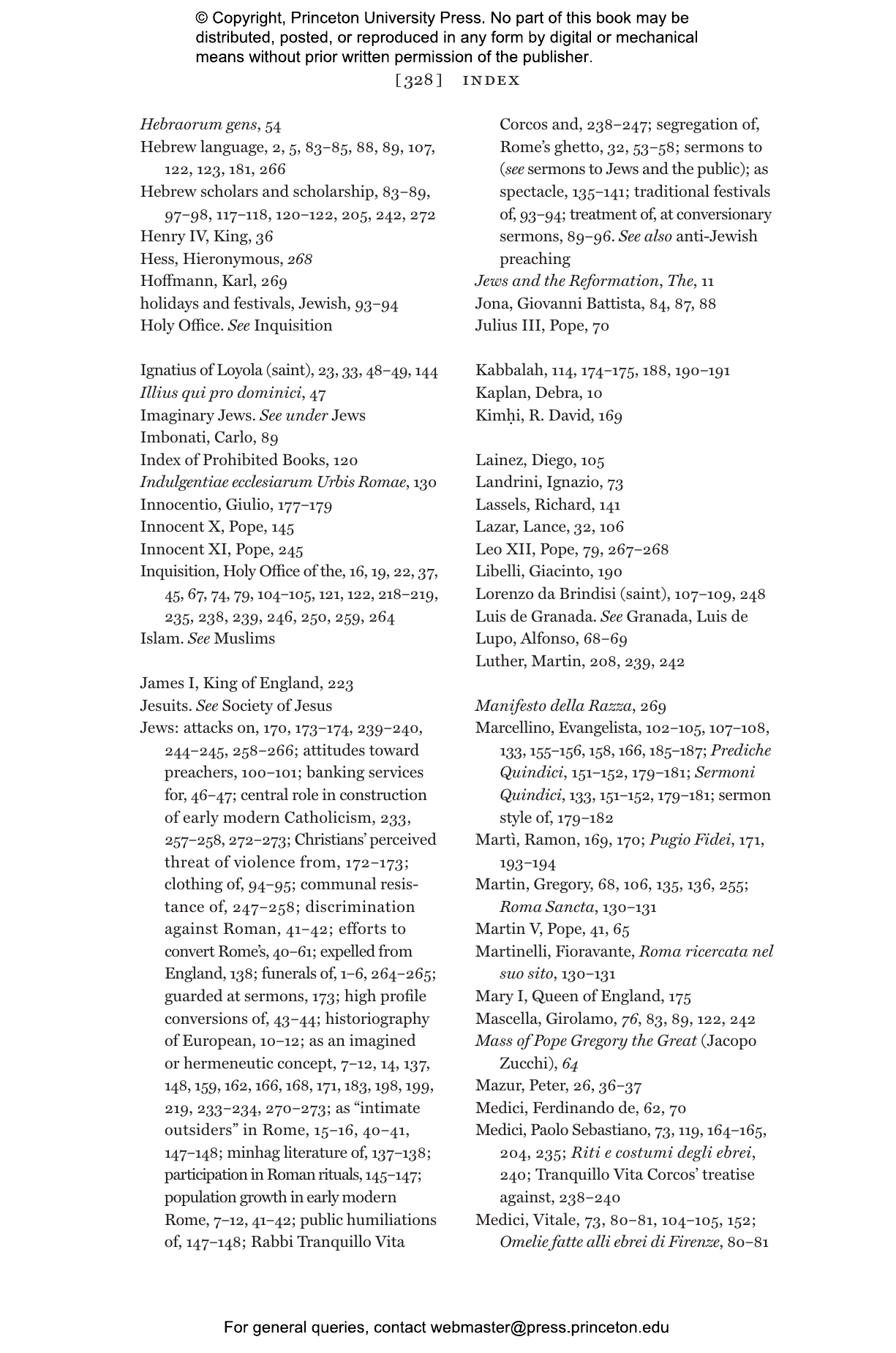 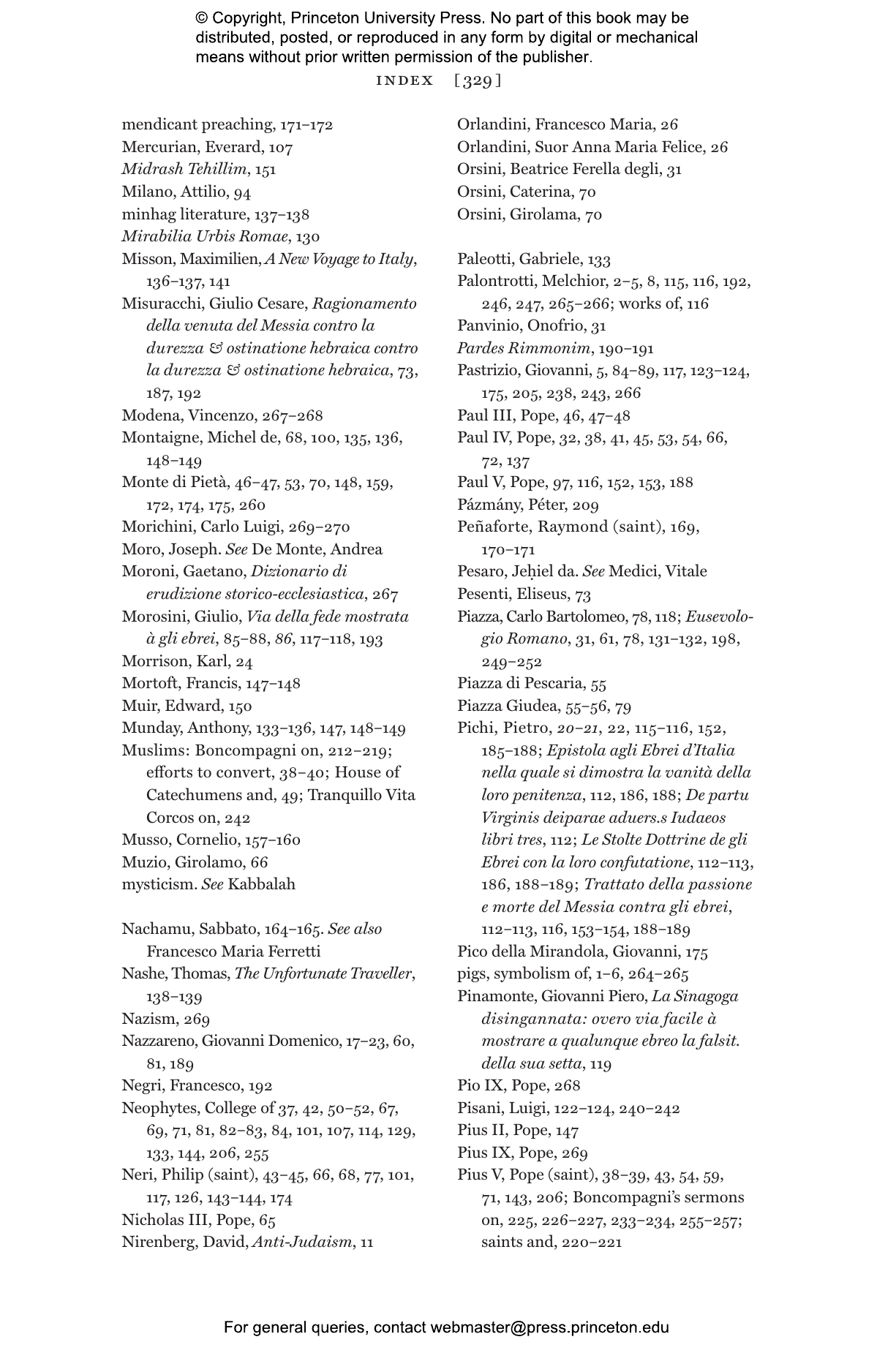 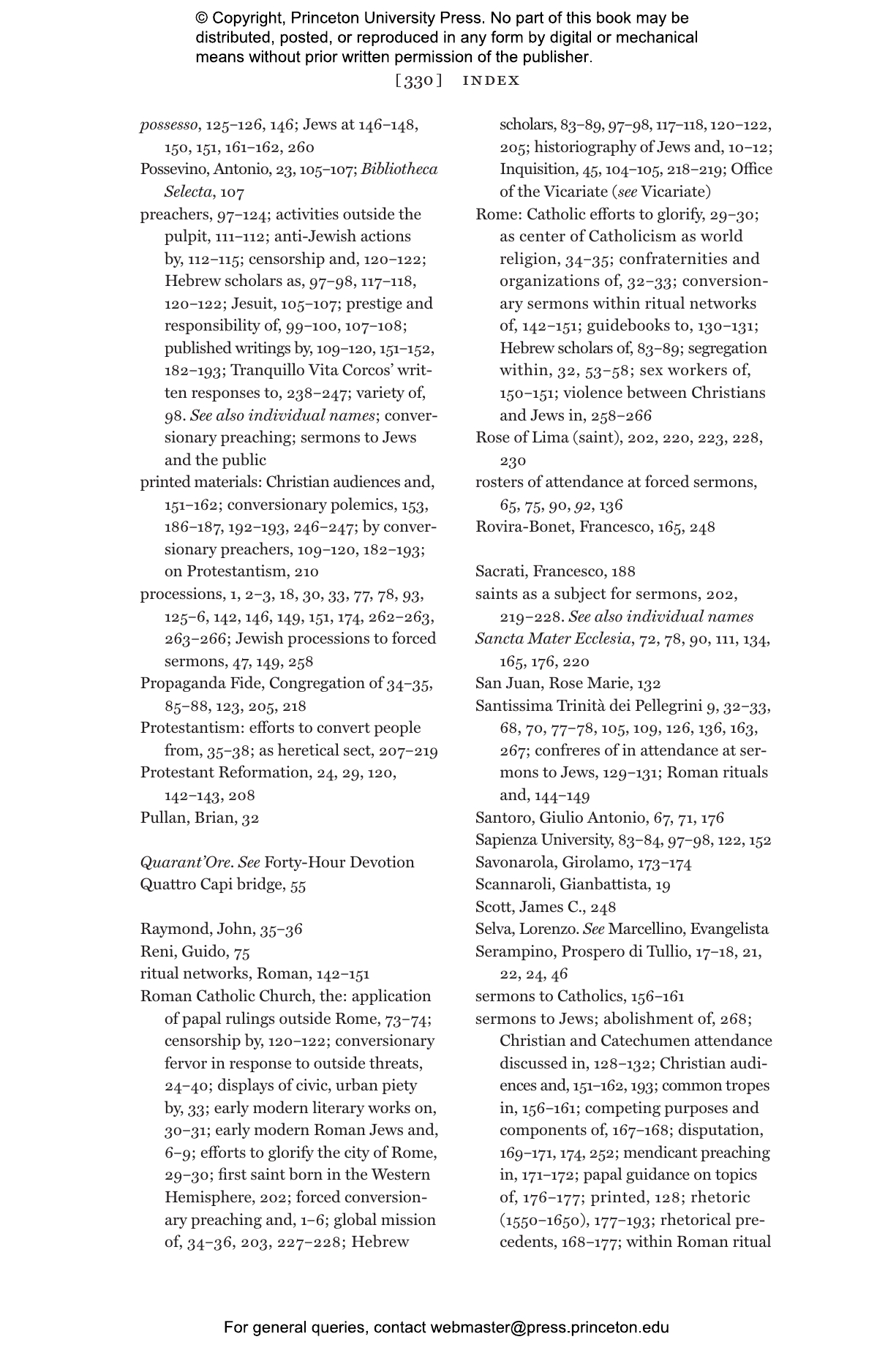 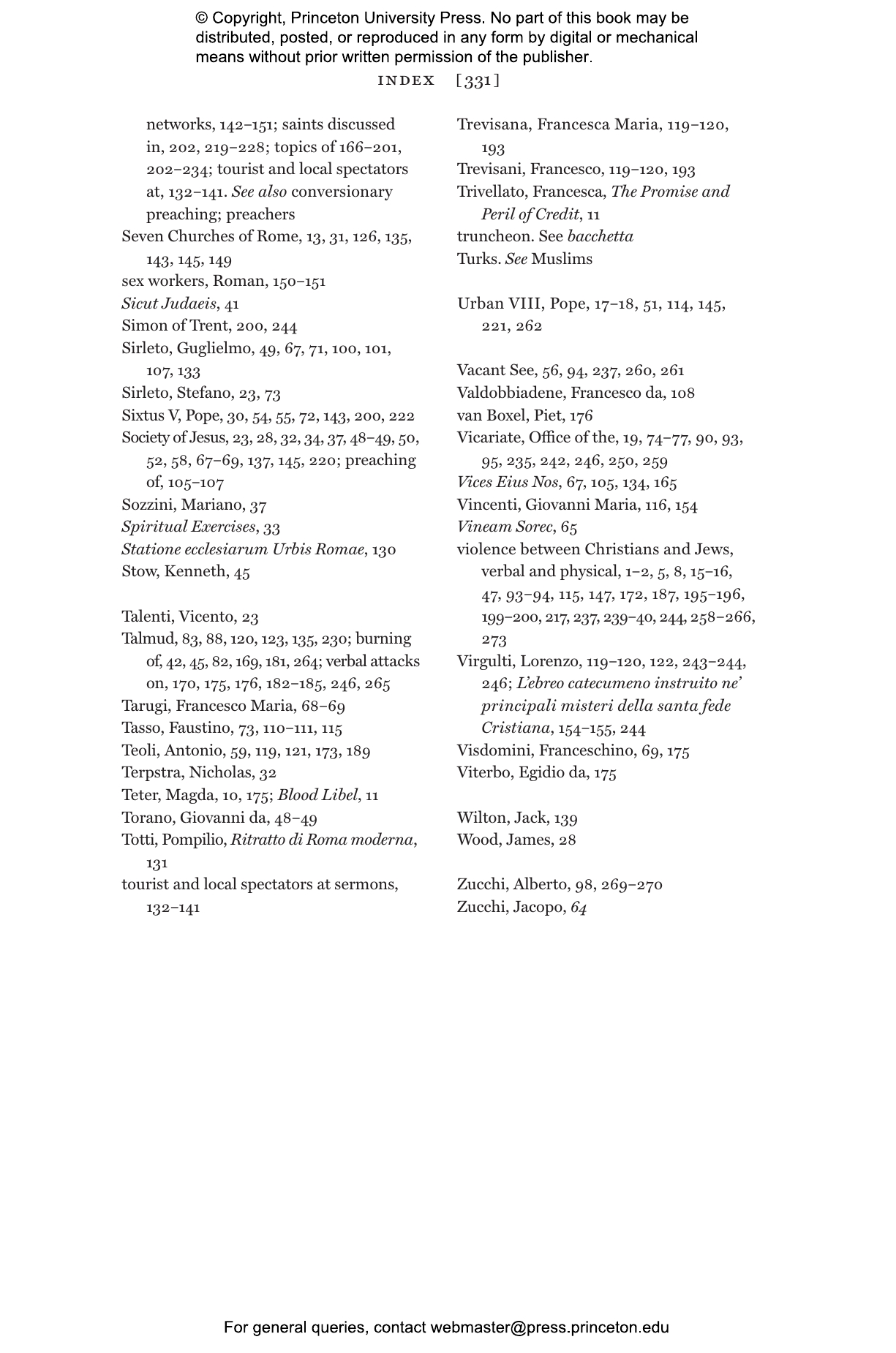 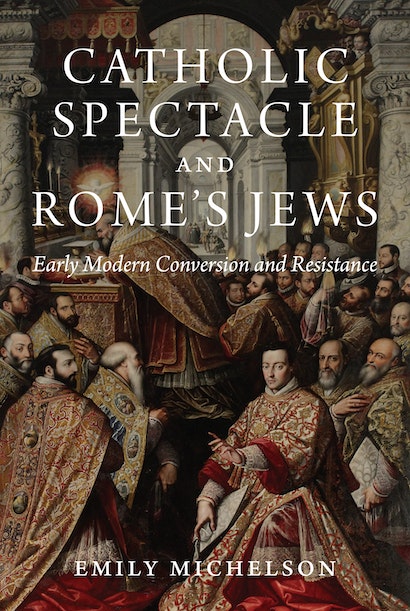 Starting in the sixteenth century, Jews in Rome were forced, every Saturday, to attend a hostile sermon aimed at their conversion. Harshly policed, they were made to march en masse toward the sermon and sit through it, all the while scrutinized by local Christians, foreign visitors, and potential converts. In Catholic Spectacle and Rome’s Jews, Emily Michelson demonstrates how this display was vital to the development of early modern Catholicism.

Drawing from a trove of overlooked manuscripts, Michelson reconstructs the dynamics of weekly forced preaching in Rome. As the Catholic Church began to embark on worldwide missions, sermons to Jews offered a unique opportunity to define and defend its new triumphalist, global outlook. They became a point of prestige in Rome. The city’s most important organizations invested in maintaining these spectacles, and foreign tourists eagerly attended them. The title of “Preacher to the Jews” could make a man’s career. The presence of Christian spectators, Roman and foreign, was integral to these sermons, and preachers played to the gallery. Conversionary sermons also provided an intellectual veneer to mask ongoing anti-Jewish aggressions. In response, Jews mounted a campaign of resistance, using any means available.

Examining the history and content of sermons to Jews over two and a half centuries, Catholic Spectacle and Rome’s Jews argues that conversionary preaching to Jews played a fundamental role in forming early modern Catholic identity.

Emily Michelson is senior lecturer in history at the University of St Andrews. She is the author of The Pulpit and the Press in Reformation Italy and the coeditor of A Linking of Heaven and Earth and A Companion to Religious Minorities in Early Modern Rome. Twitter @Emily_Michelson 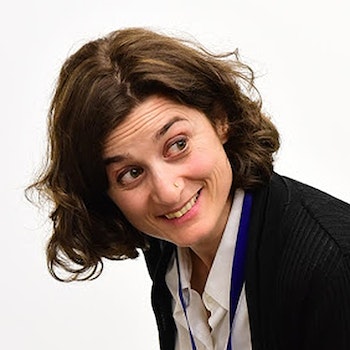 “Exploring the significance of conversionary sermons to the Jews of Rome in the era of Catholic revival, Catholic Spectacle and Rome’s Jews provides an important contribution to the study of early modern religious, intellectual, and social history.”—Tamar Herzig, author of A Convert’s Tale: Art, Crime, and Jewish Apostasy in Renaissance Italy

“While the fact of conversionary preaching to Roman Jews is well-known, its duration, content, agents, locations and the reactions of its target audience are not. This book makes a major contribution to the history of the Catholic Church as well as to the history of early modern Rome.”—Laurie Nussdorfer, author of Brokers of Public Trust: Notaries in Early Modern Rome