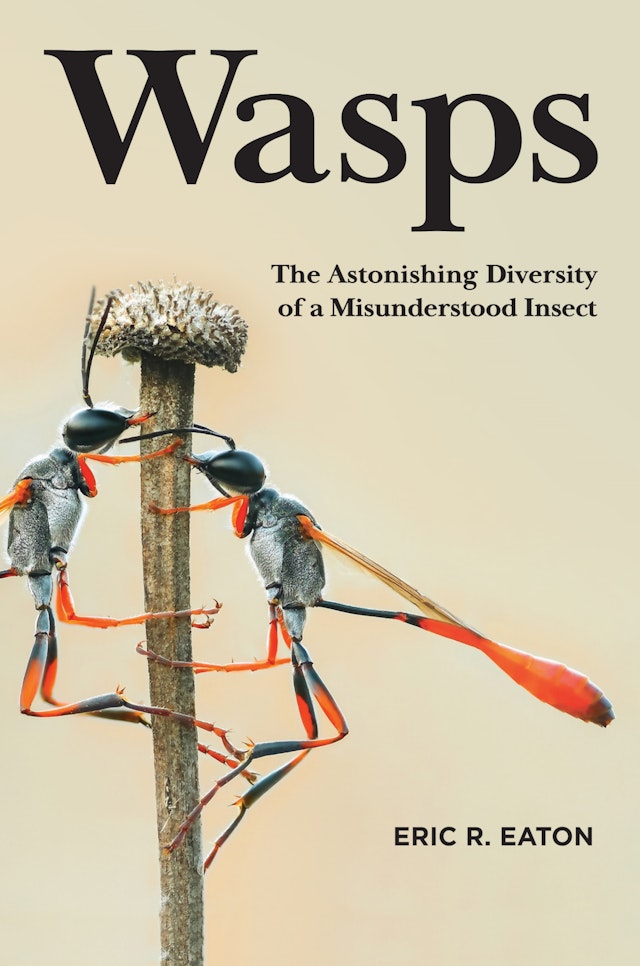 Wasps are far more diverse than the familiar yellowjackets and hornets that harass picnickers and build nests under the eaves of our homes. These amazing, mostly solitary creatures thrive in nearly every habitat on Earth, and their influence on our lives is overwhelmingly beneficial. Wasps are agents of pest control in agriculture and gardens. They are subjects of study in medicine, engineering, and other important fields. Wasps pollinate flowers, engage in symbiotic relationships with other organisms, and create architectural masterpieces in the form of their nests. This richly illustrated book introduces you to some of the most spectacular members of the wasp realm, colorful in both appearance and lifestyle. From minute fairyflies to gargantuan tarantula hawks, wasps exploit almost every niche on the planet. So successful are they at survival that other organisms emulate their appearance and behavior. The sting is the least reason to respect wasps and, as you will see, no reason to loathe them, either. Written by a leading authority on these remarkable insects, Wasps reveals a world of staggering variety and endless fascination.

Wasps, and their unsung contributions to the ecosystem

Eric R. Eaton is a writer, editor, and consultant who has worked as an entomologist for several leading institutions, including the Smithsonian and the Cincinnati Zoo and Botanical Garden. He is the lead author of the Kaufman Field Guide to Insects of North America and the coauthor of Insects Did It First. He runs the blogs Bug Eric and Sense of Misplaced. Twitter @BugEric