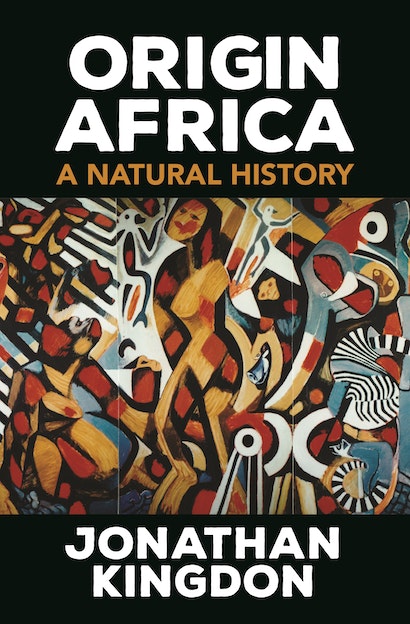 Origin Africa is a unique introduction to the natural history and evolution of the most misrepresented continent on Earth. Celebrated evolutionary biologist and artist Jonathan Kingdon, a leading expert on the natural history of Africa, tells this extraordinary story as no one else can. Featuring a wealth of photographs and illustrations, the book is both a visual and narrative feast.

Africa is the richest continent, containing every habitat from desert to tropical forest and the widest range of plants and animals found anywhere. It has experienced extraordinary climate fluctuations, meteor bombardment, and cataclysmic volcanic eruptions. Yet life has not only survived but evolved almost countless species. One group of primates evolved out of this crucible and moved out of Africa to dominate every continent on Earth. Africa has properties that ensure that most of human evolution couldn’t have occurred anywhere else.

A fascinating story told as never before, Origin Africa chronicles how the natural conditions of Africa enabled a spectacular evolution of plants and animals, including Homo sapiens.

Jonathan Kingdon is an award-winning evolutionary biologist and artist, and a research associate at the University of Oxford. His many books include Lowly Origin: Why, When, and Where Our Ancestors First Stood Up and The Kingdon Field Guide to African Mammals (both Princeton).