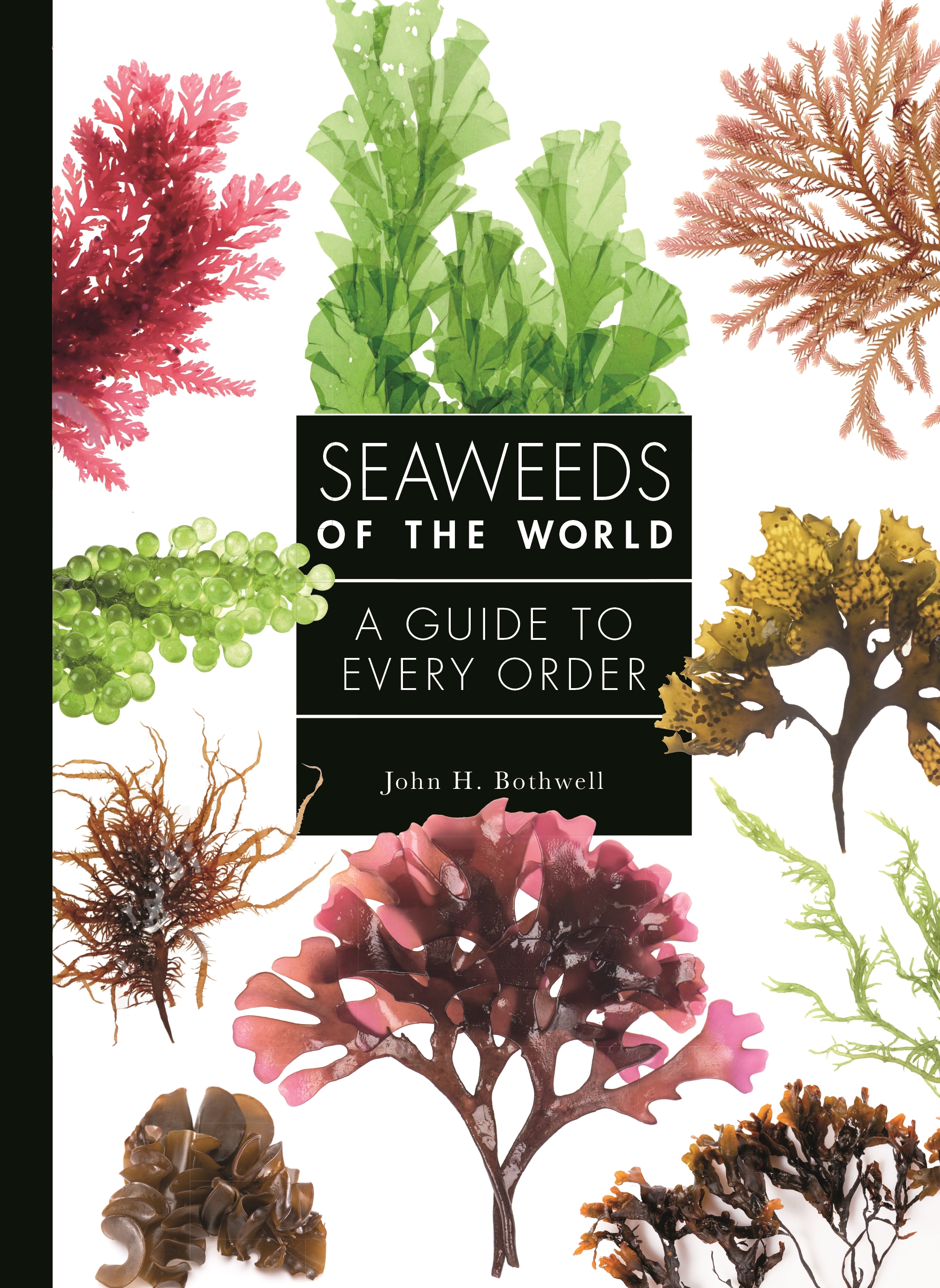 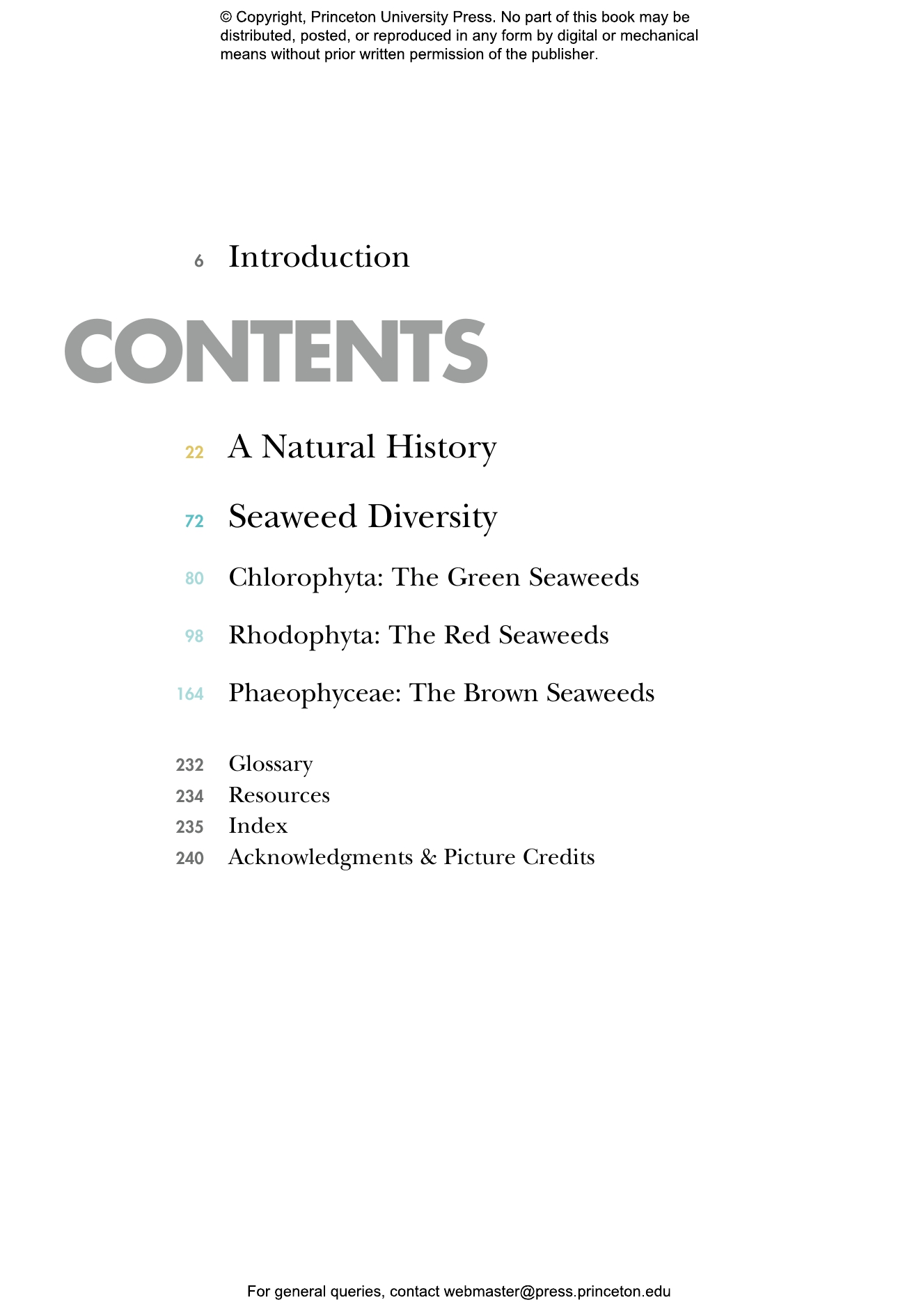 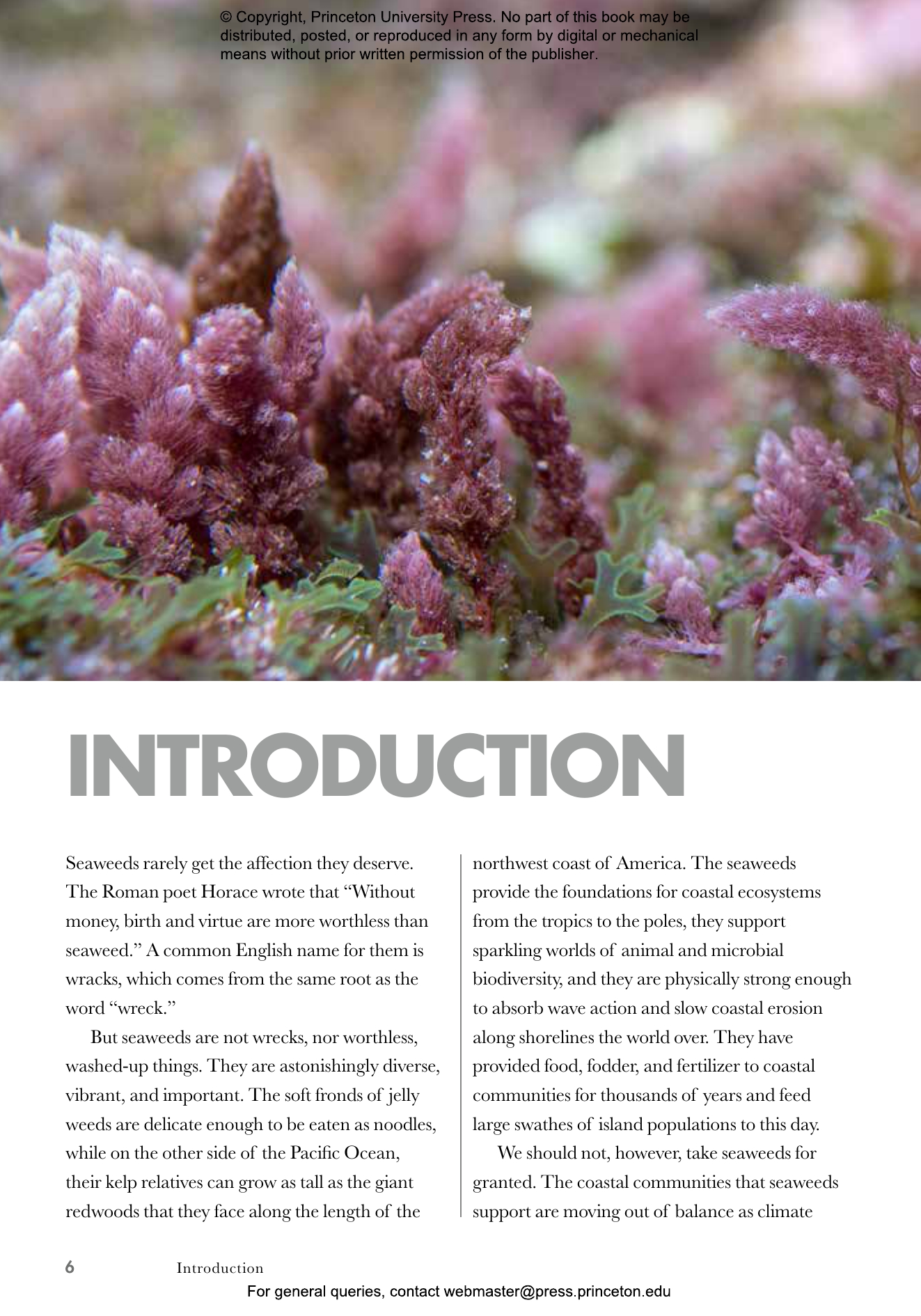 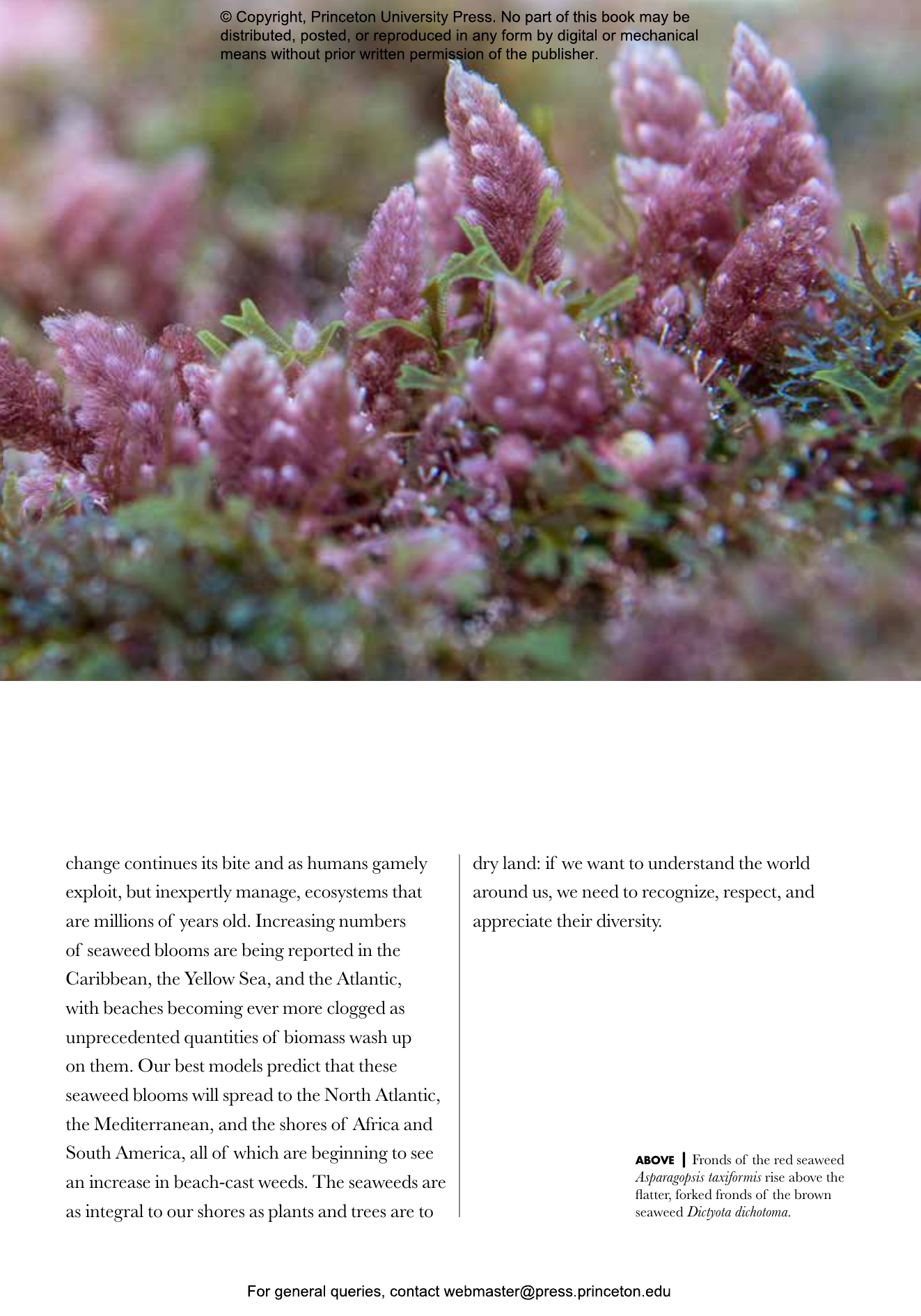 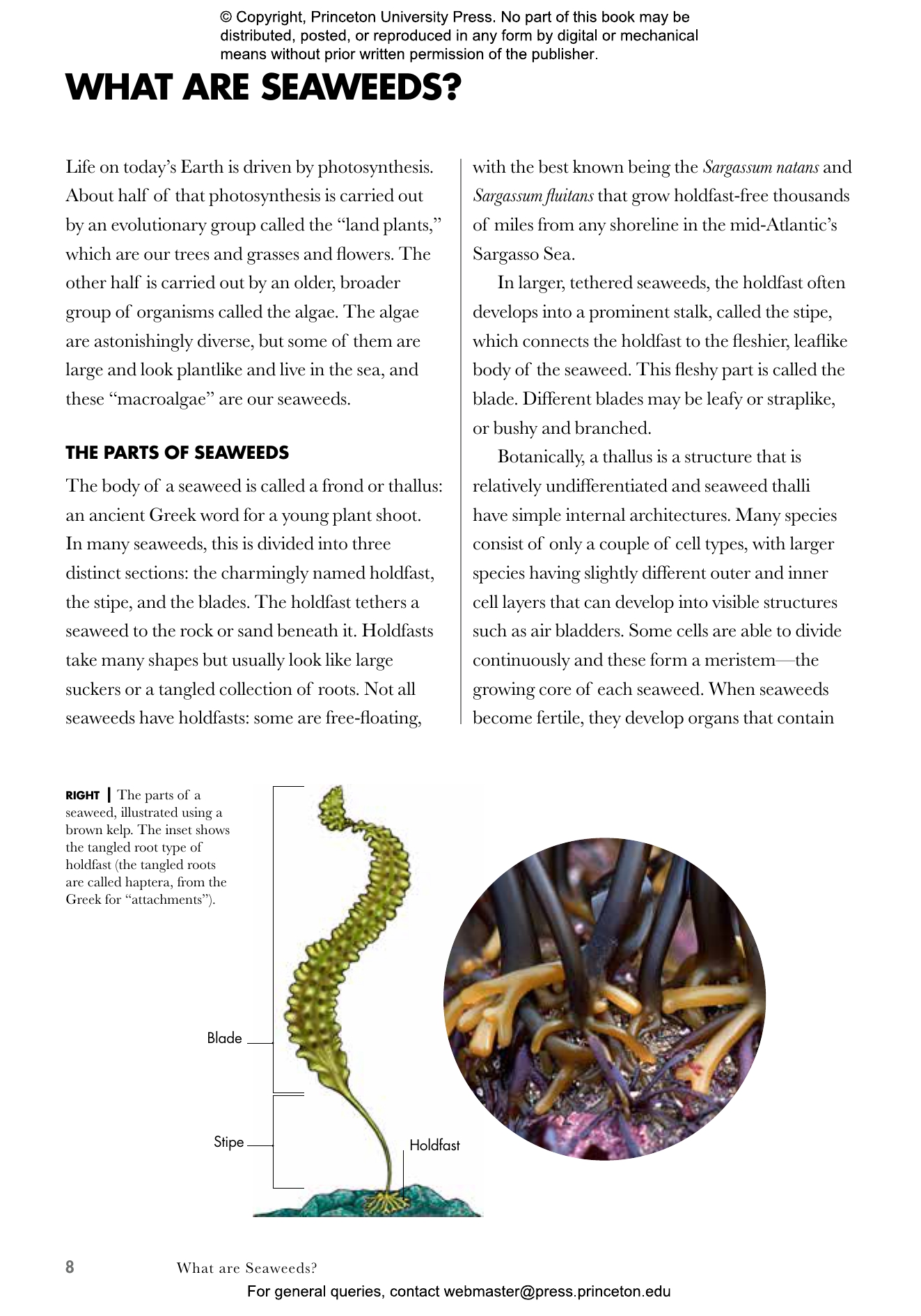 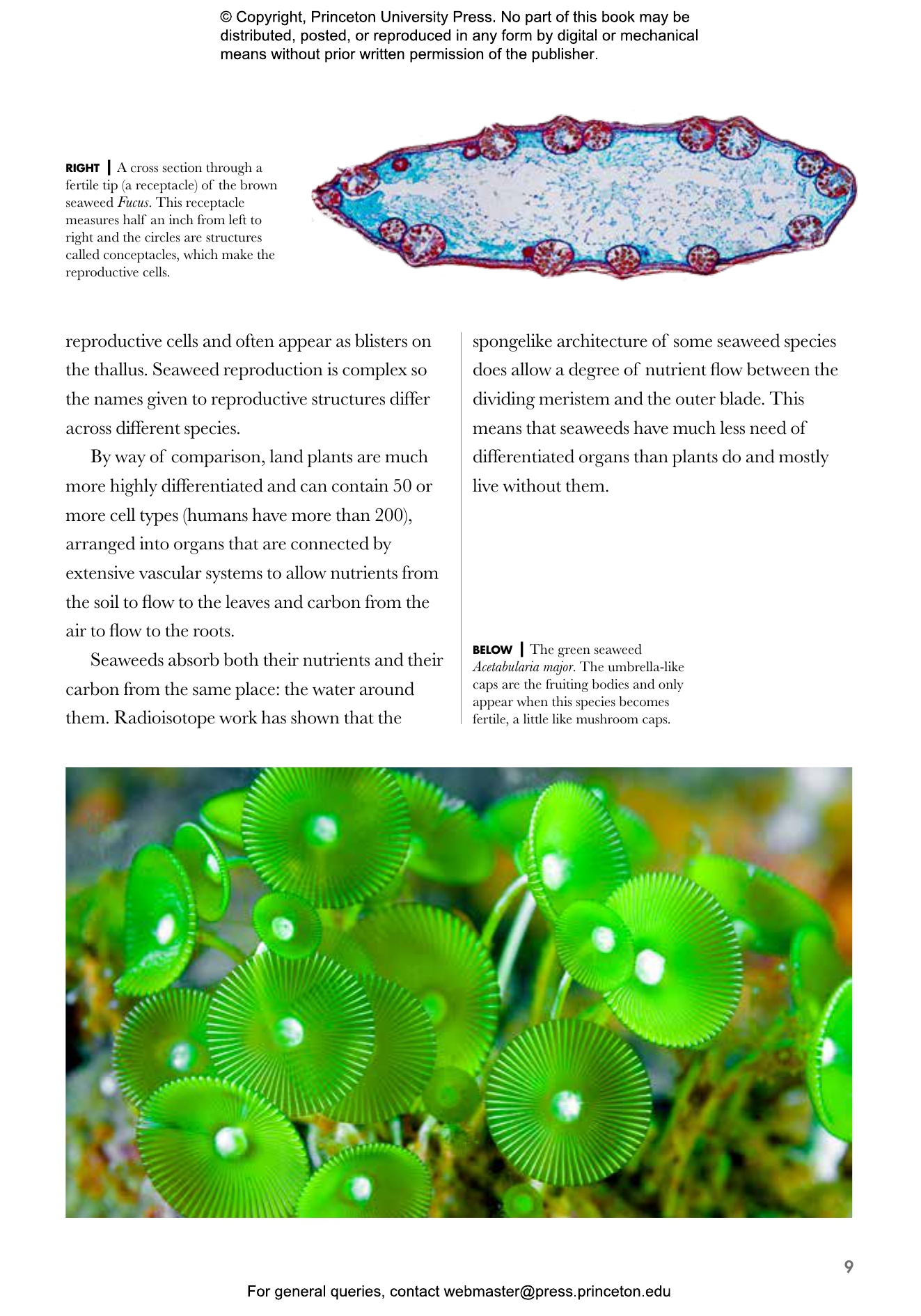 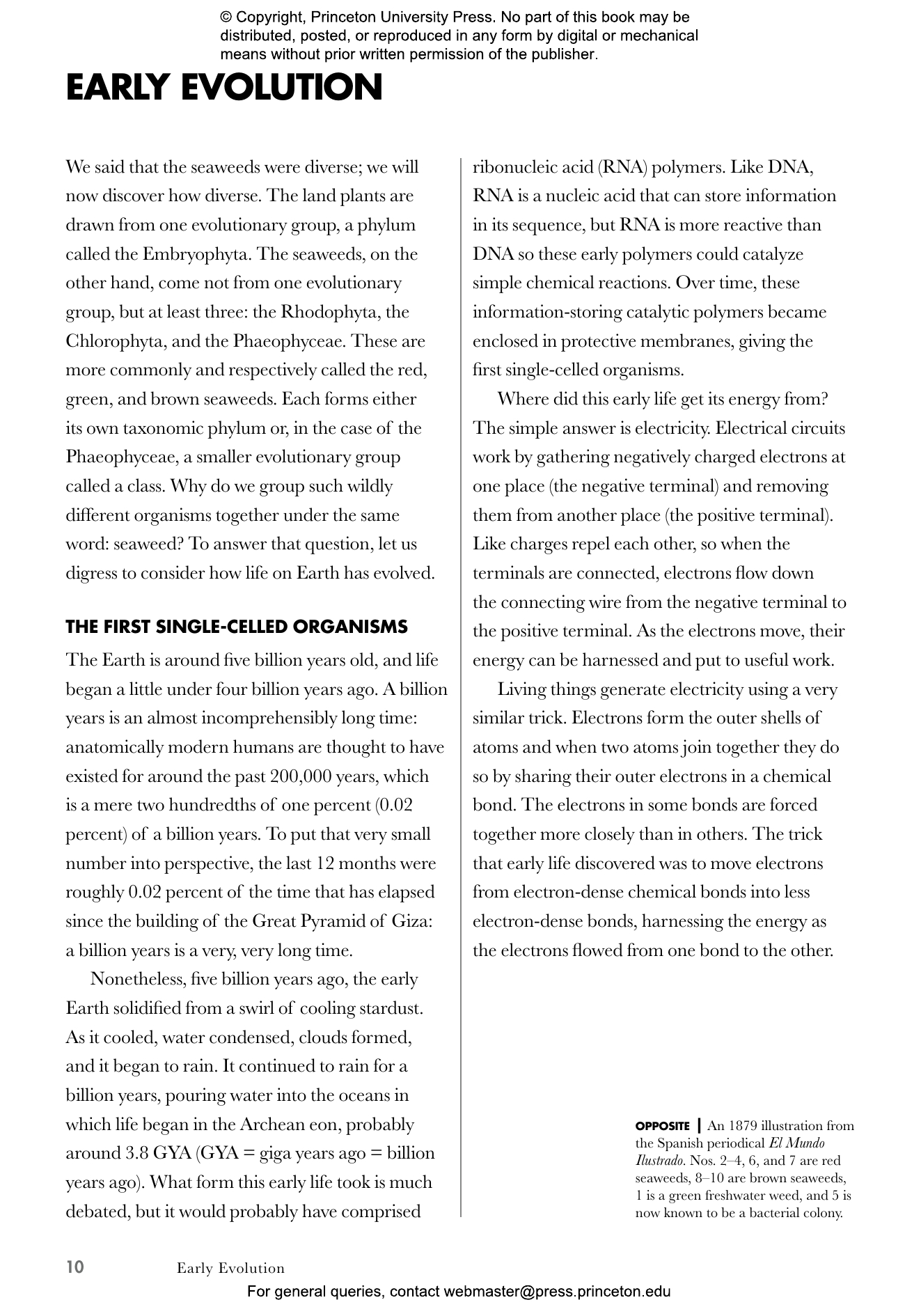 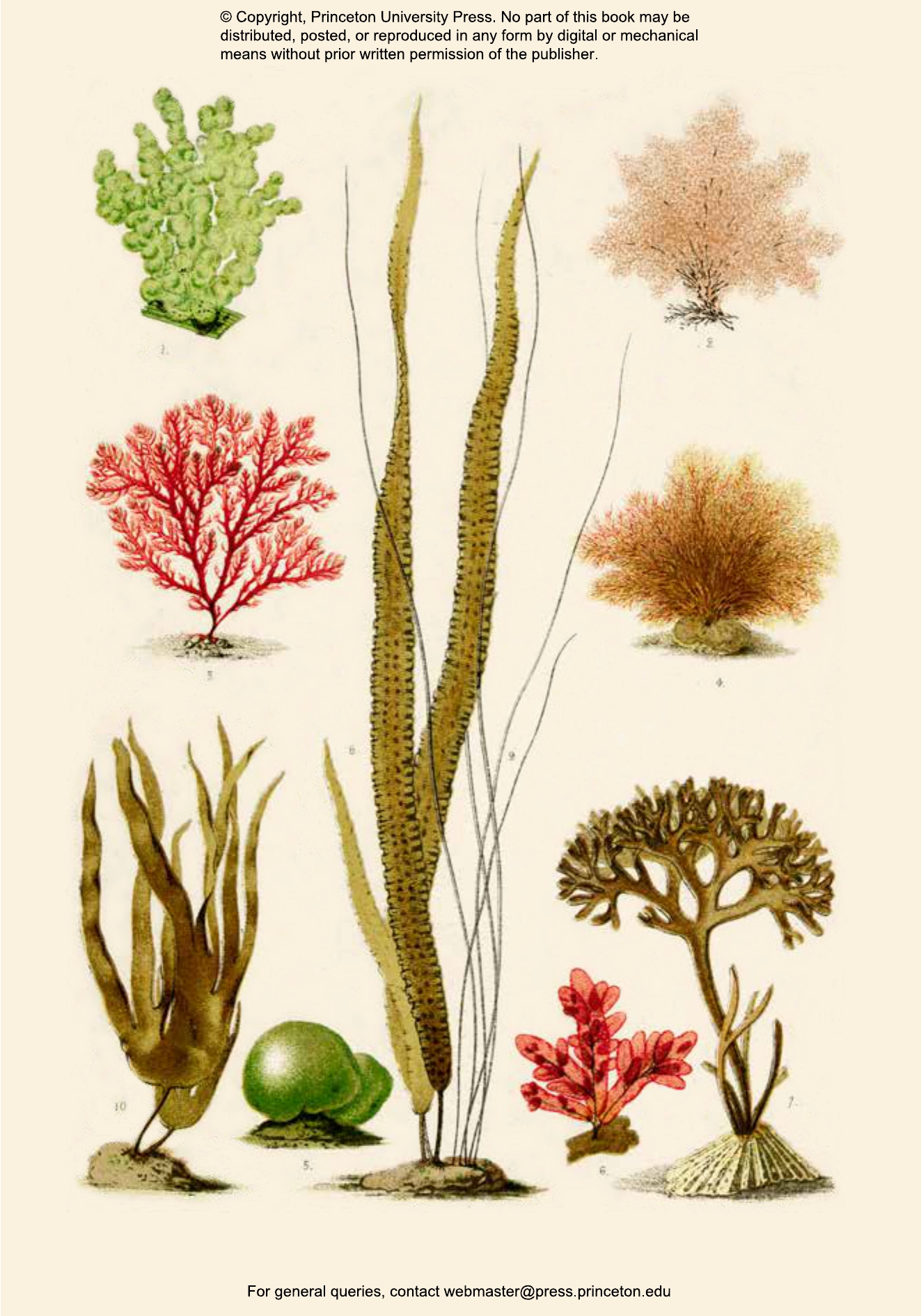 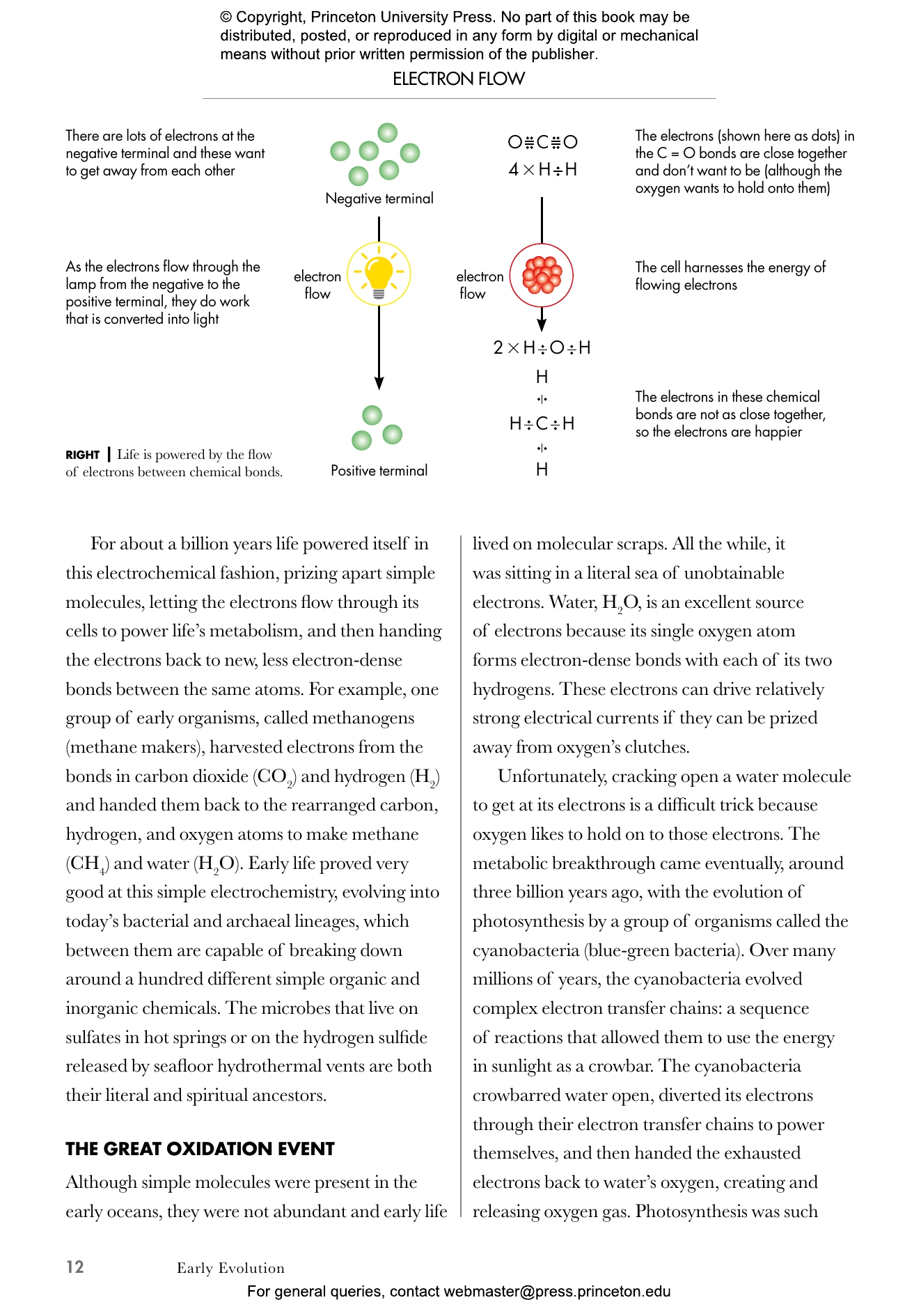 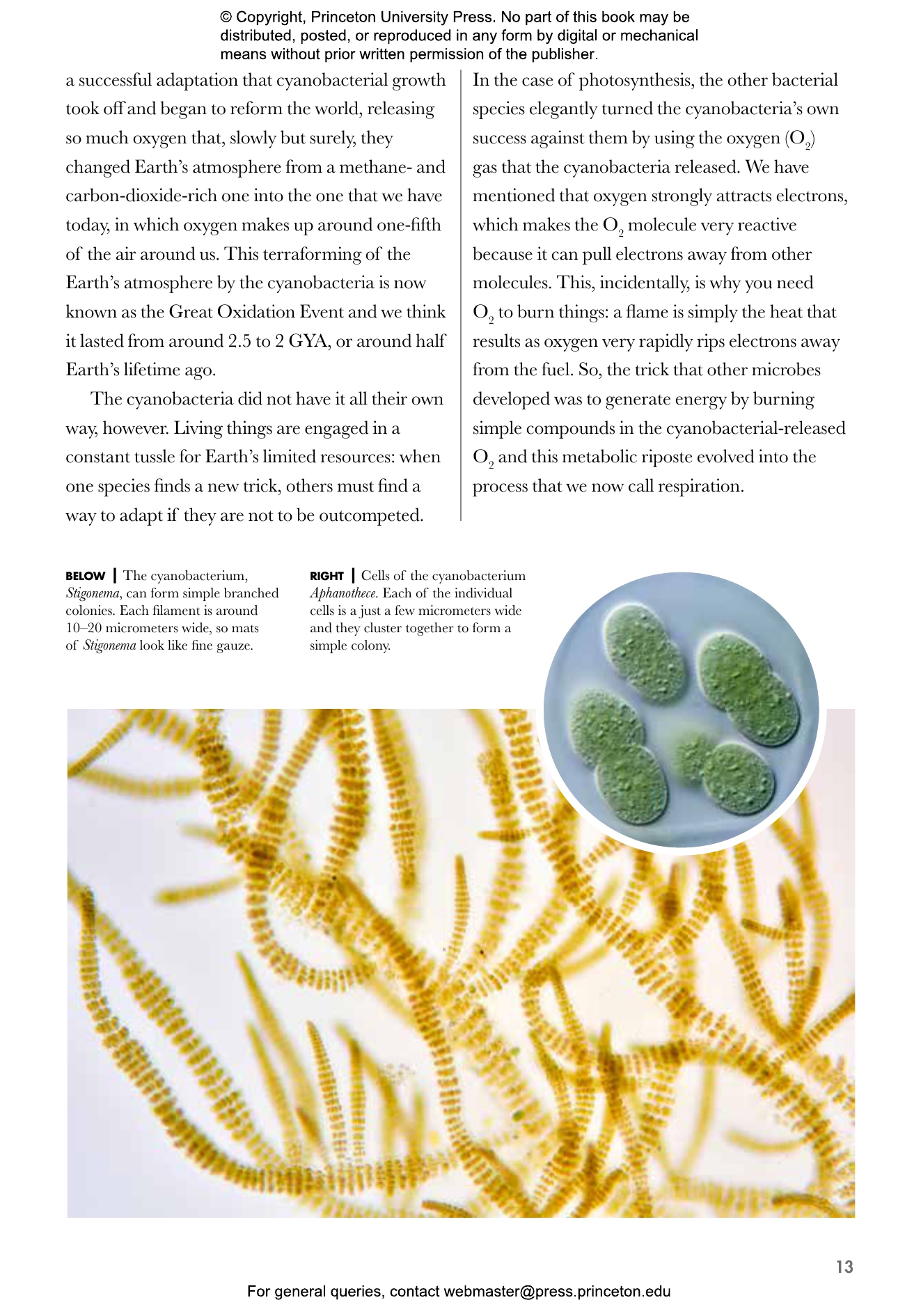 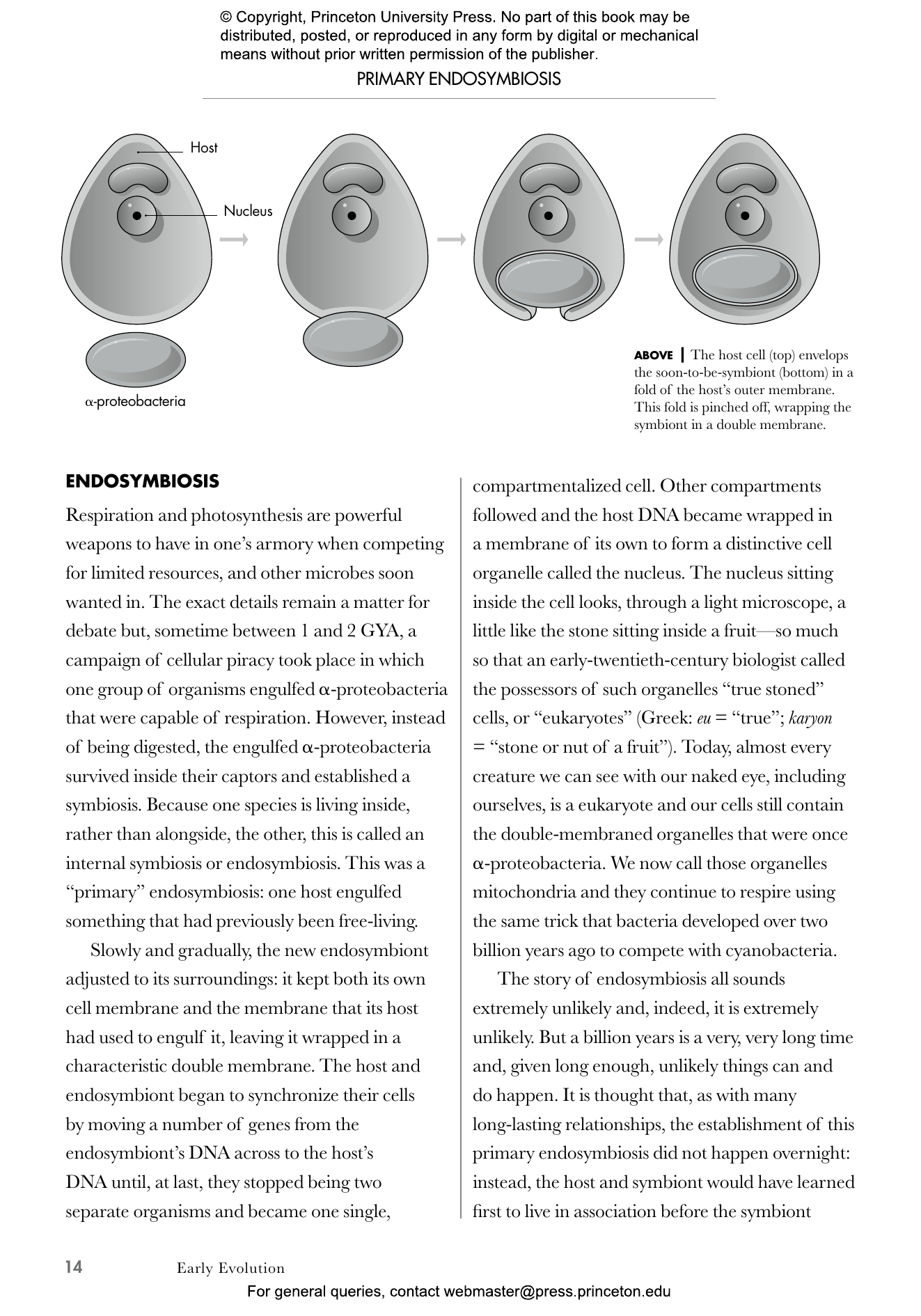 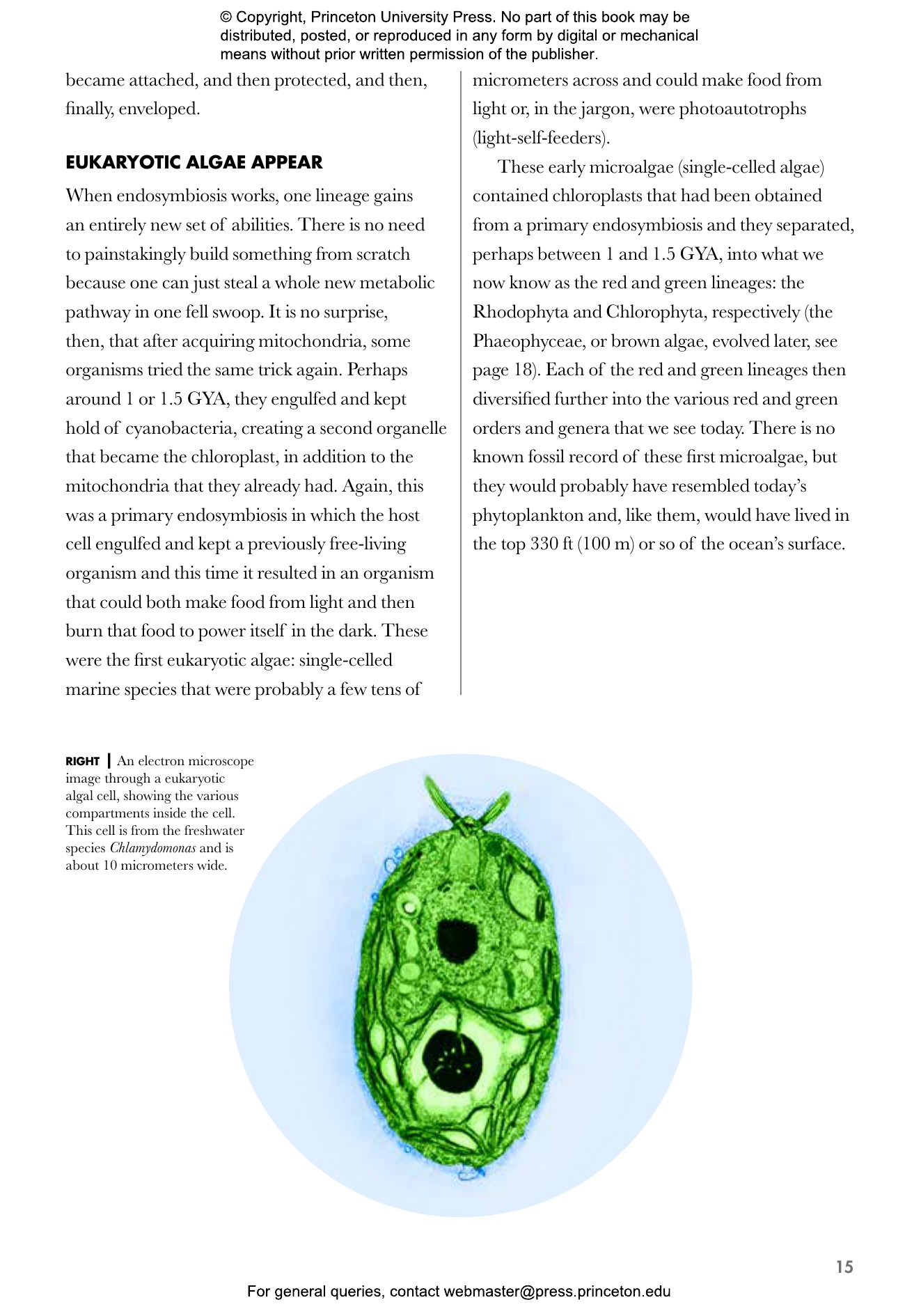 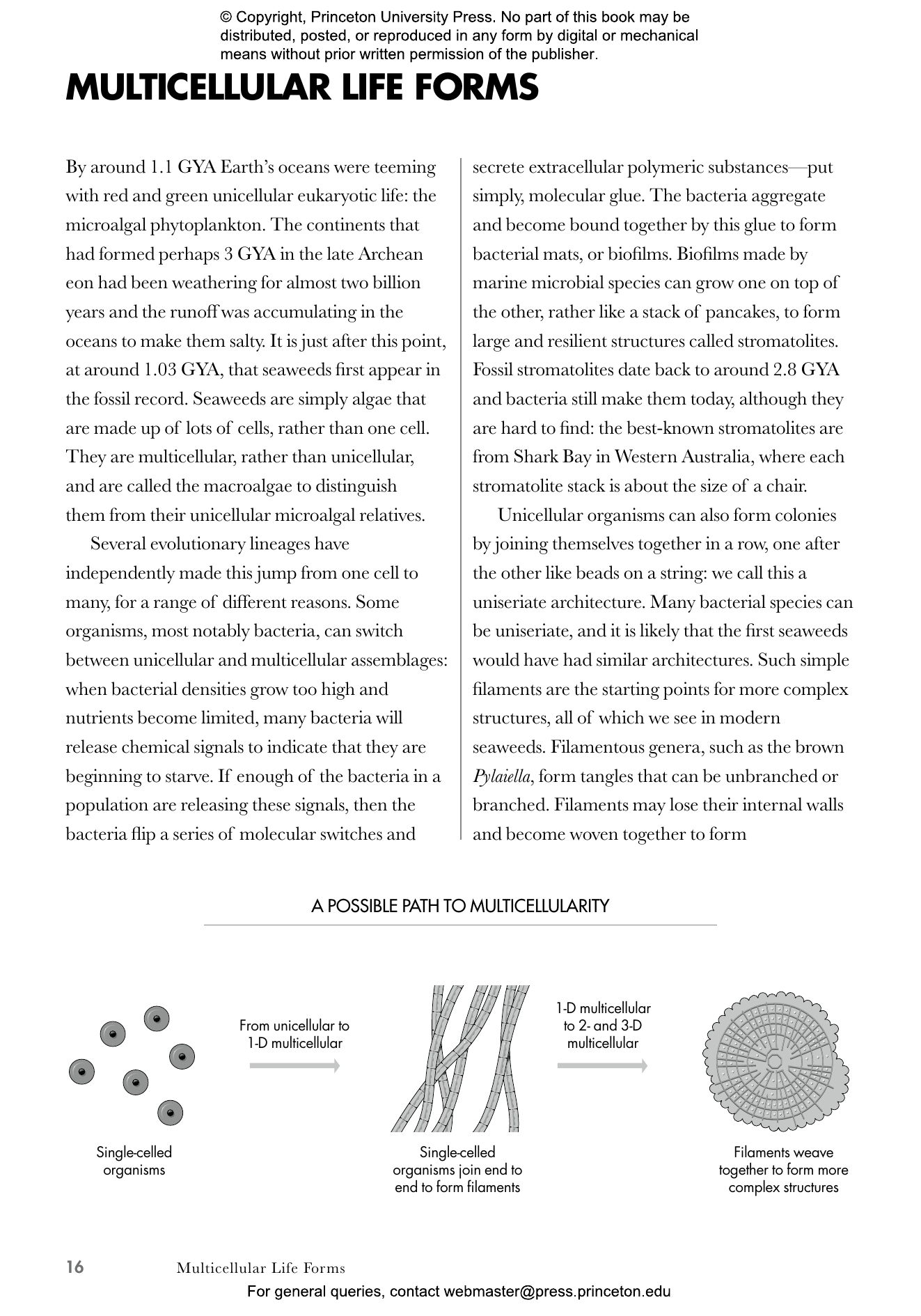 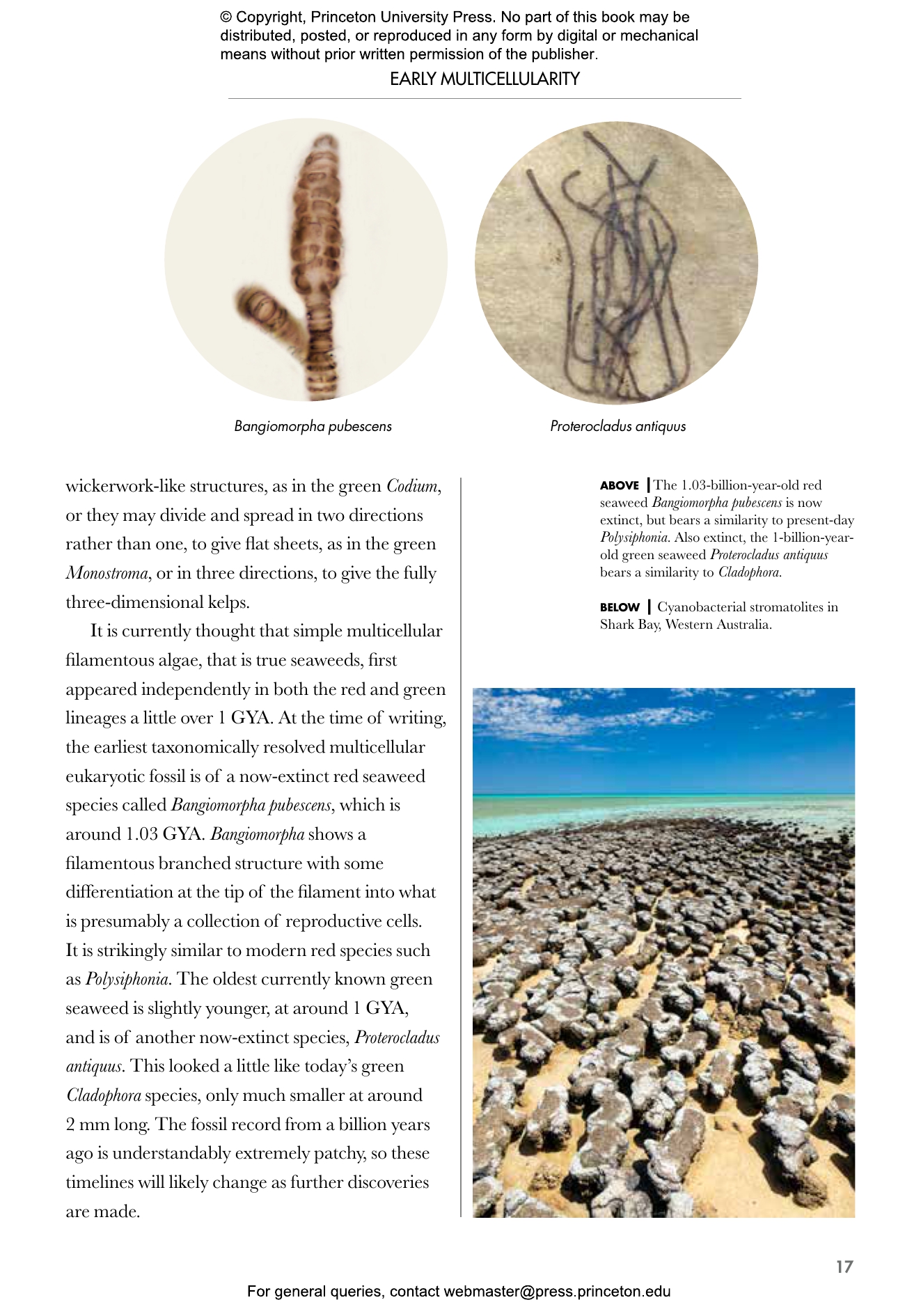 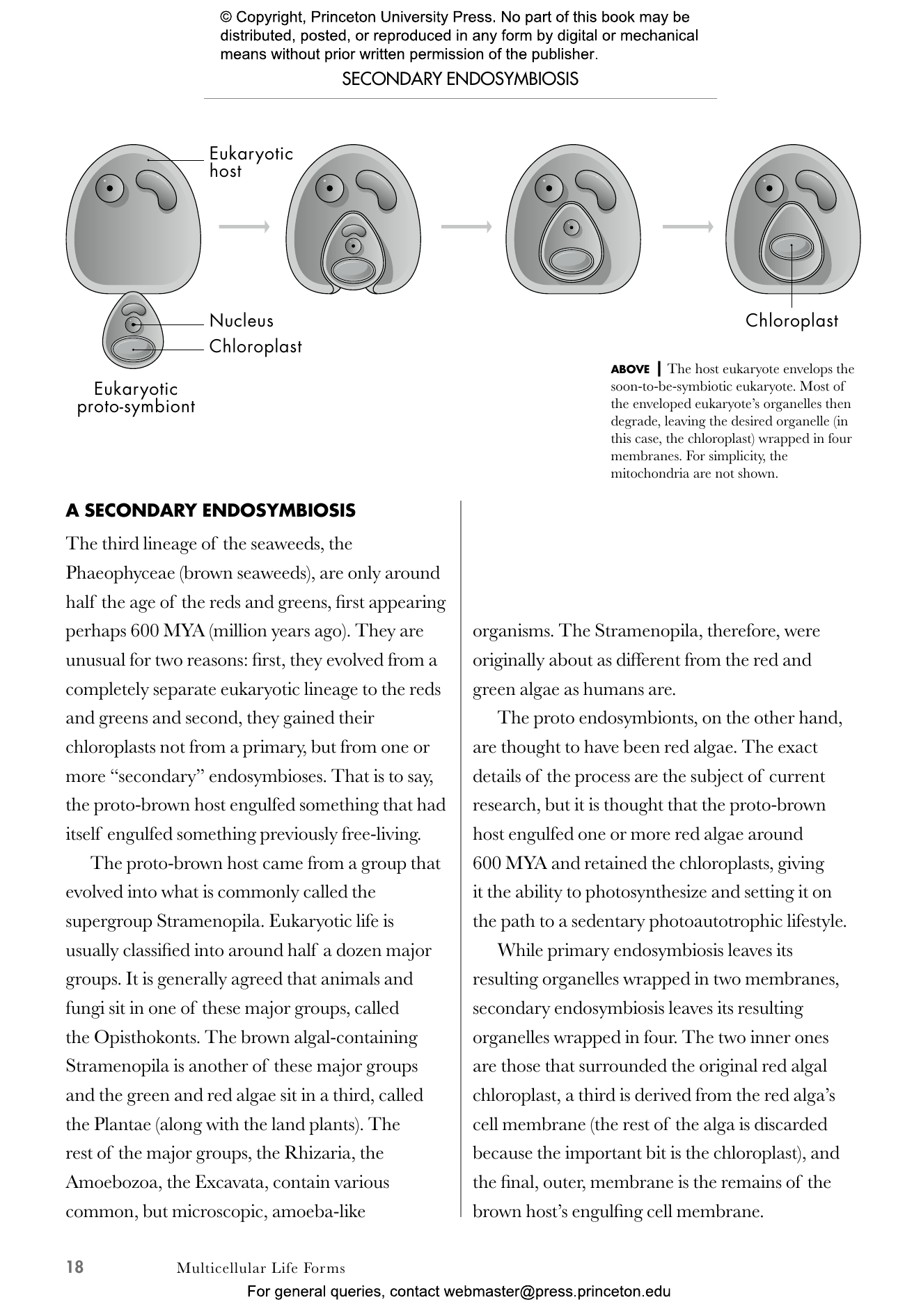 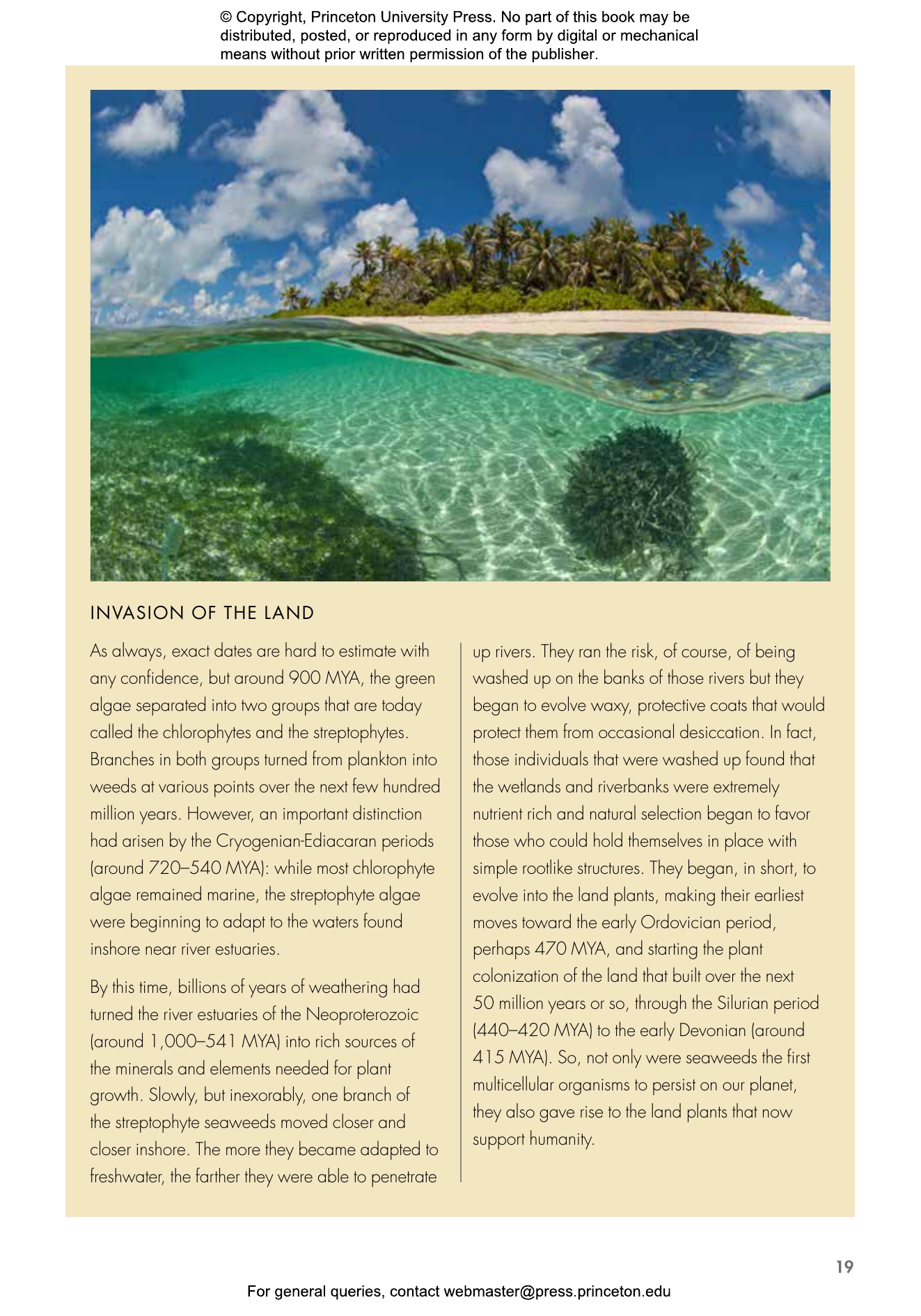 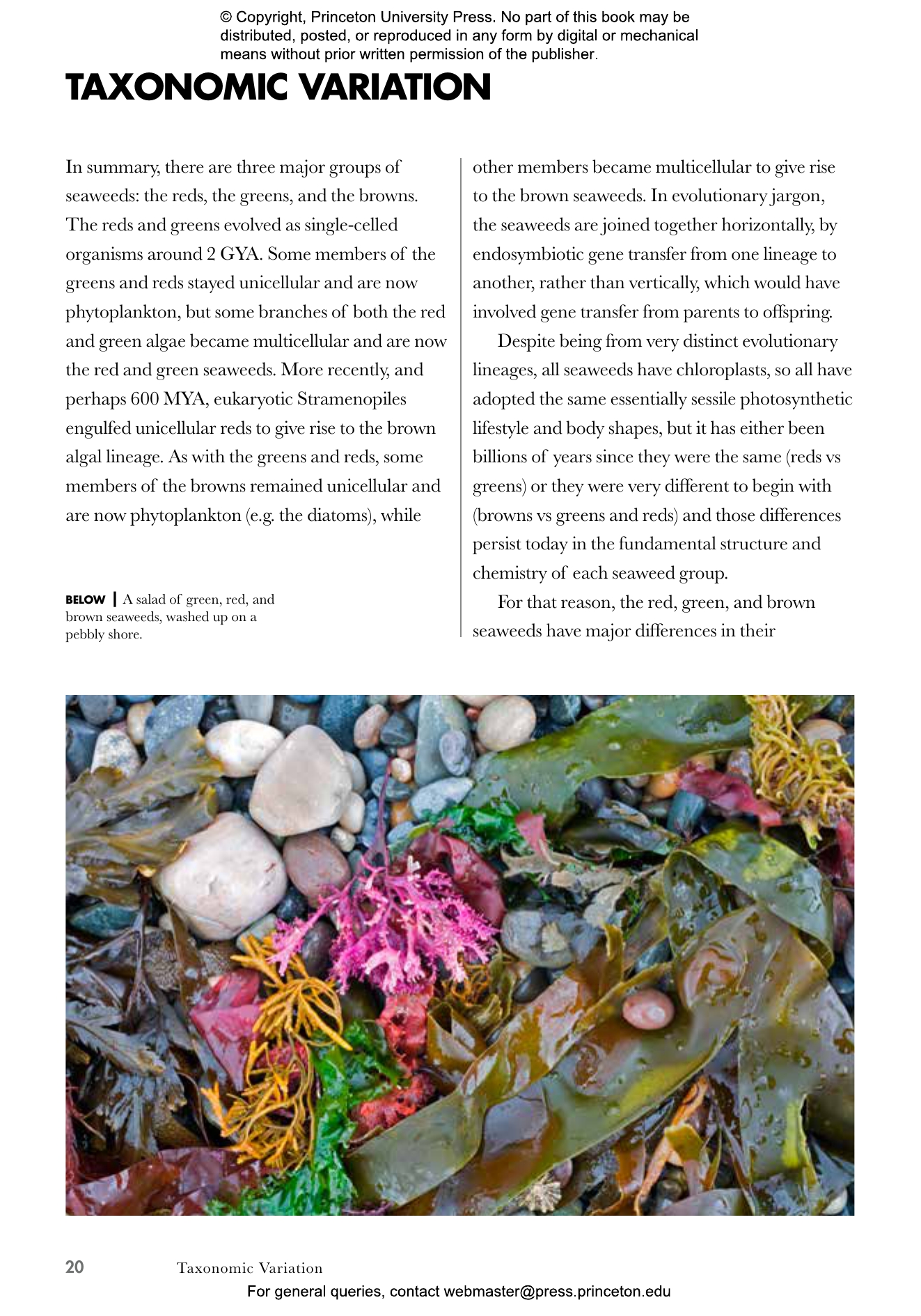 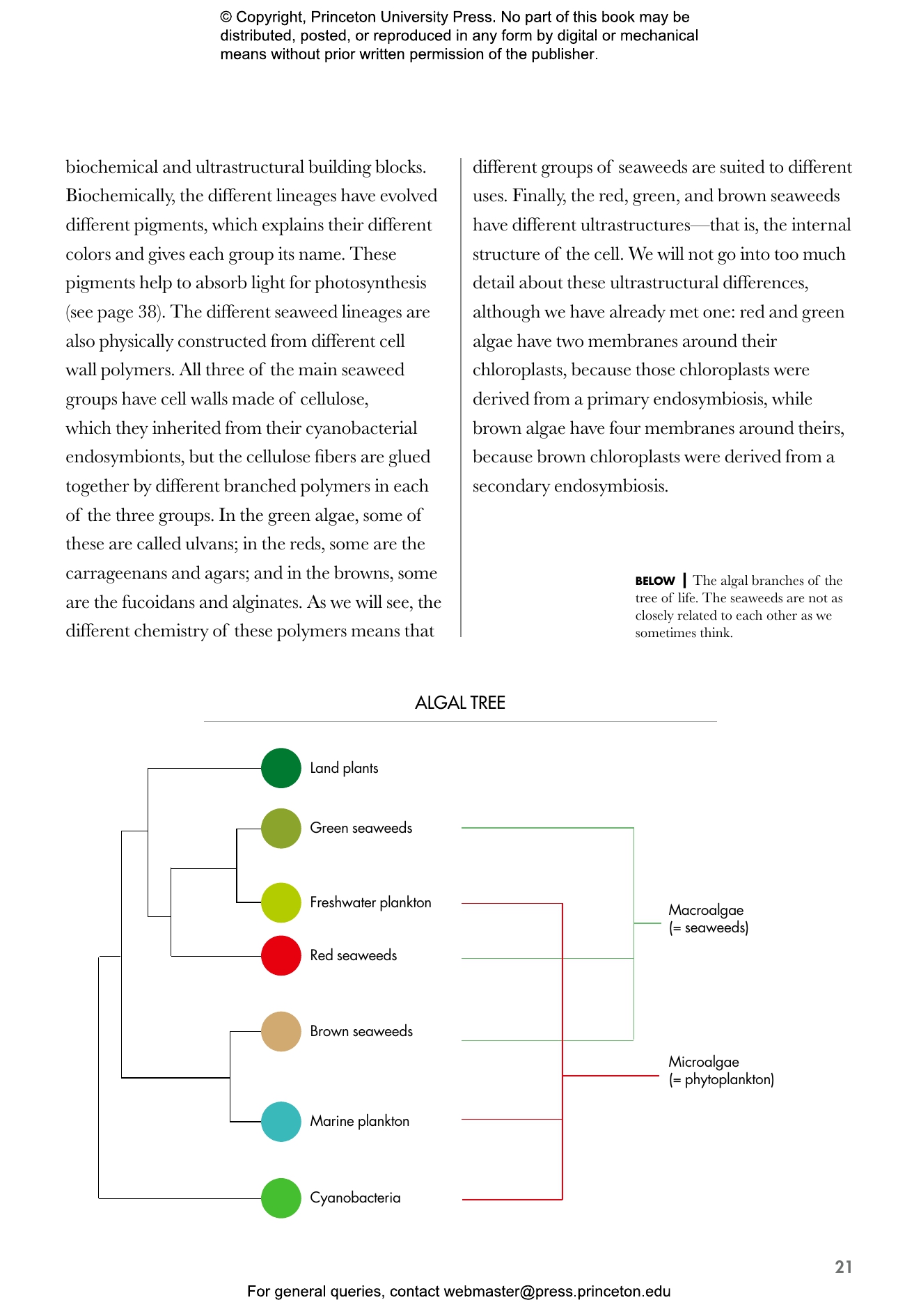 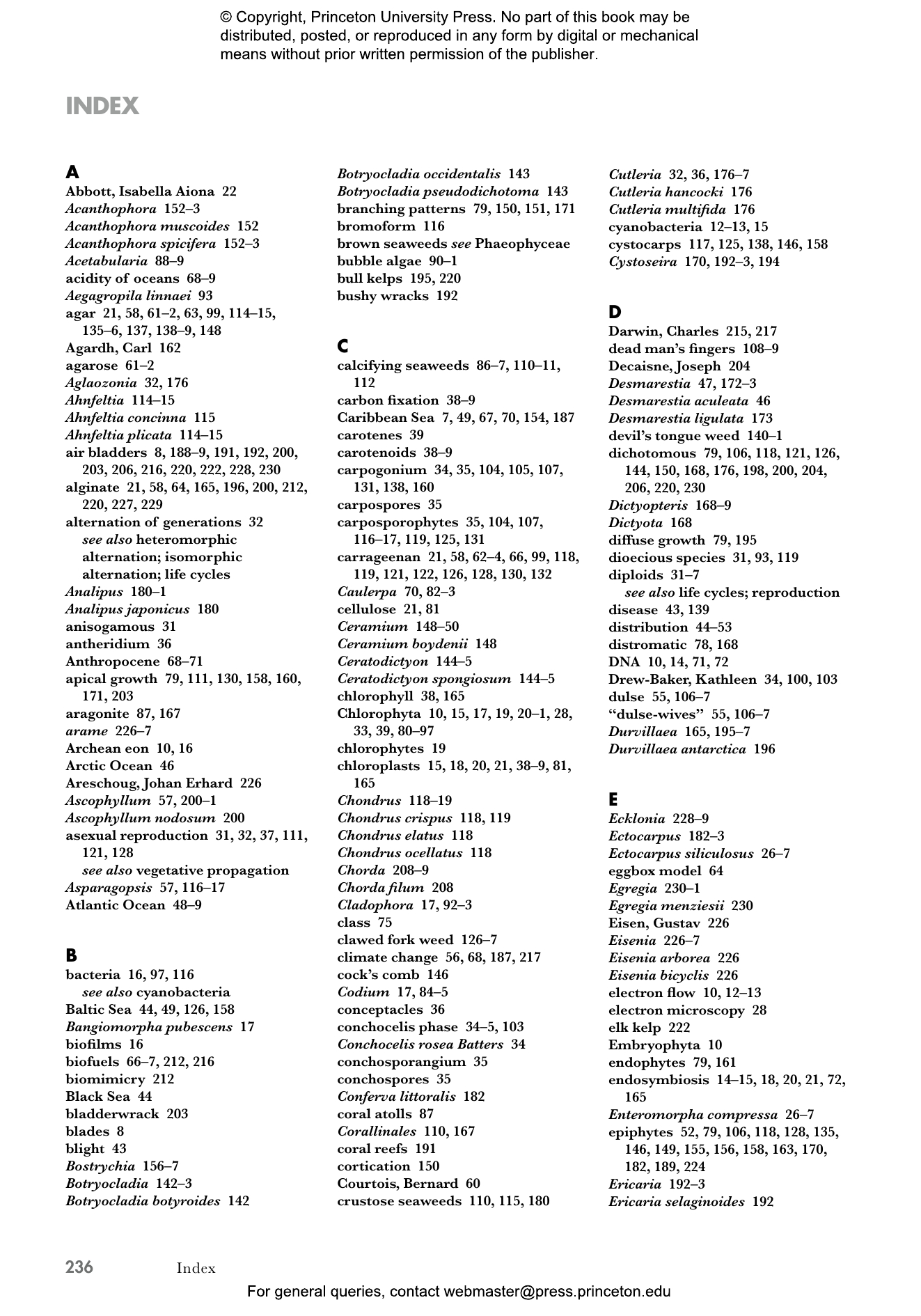 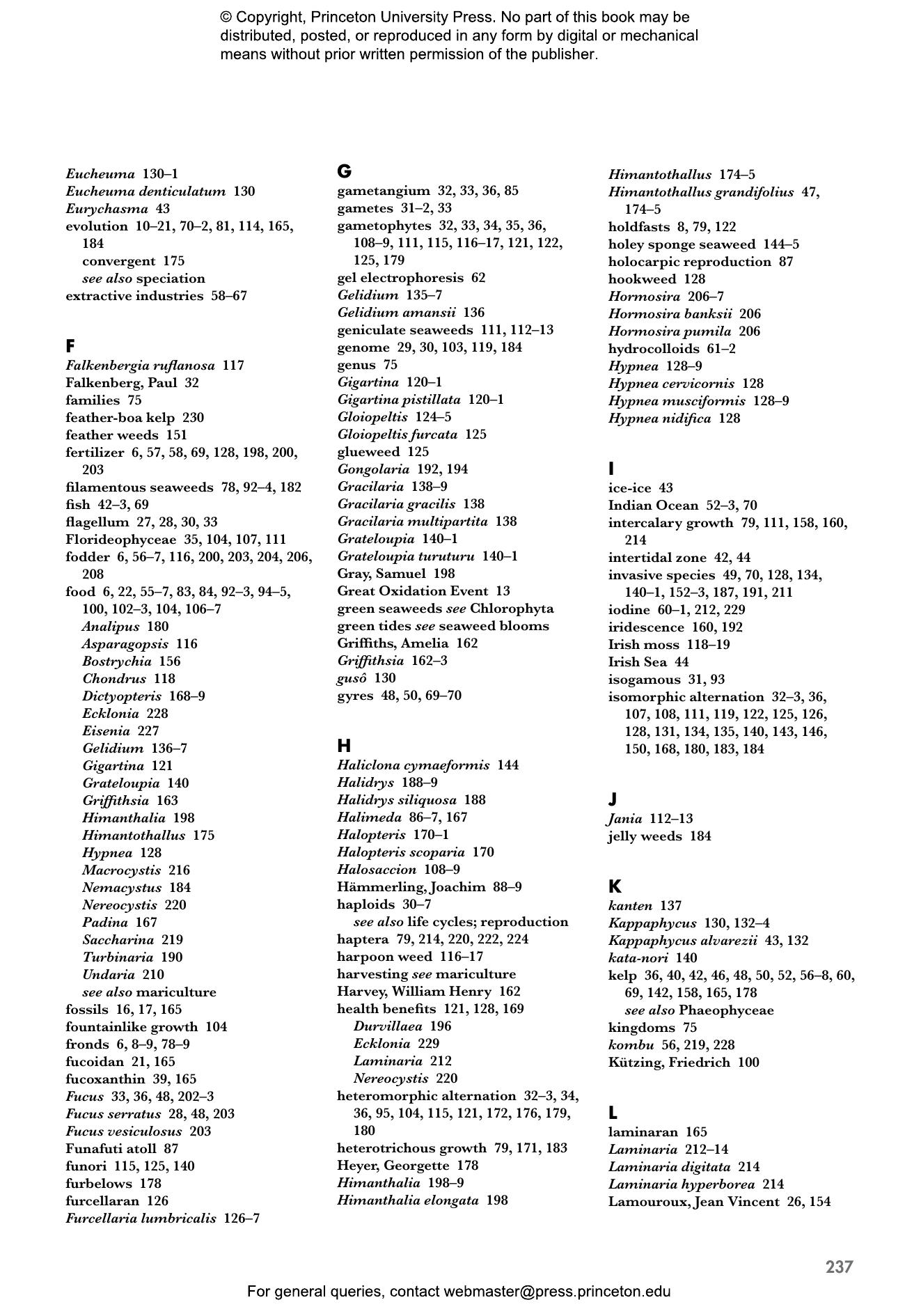 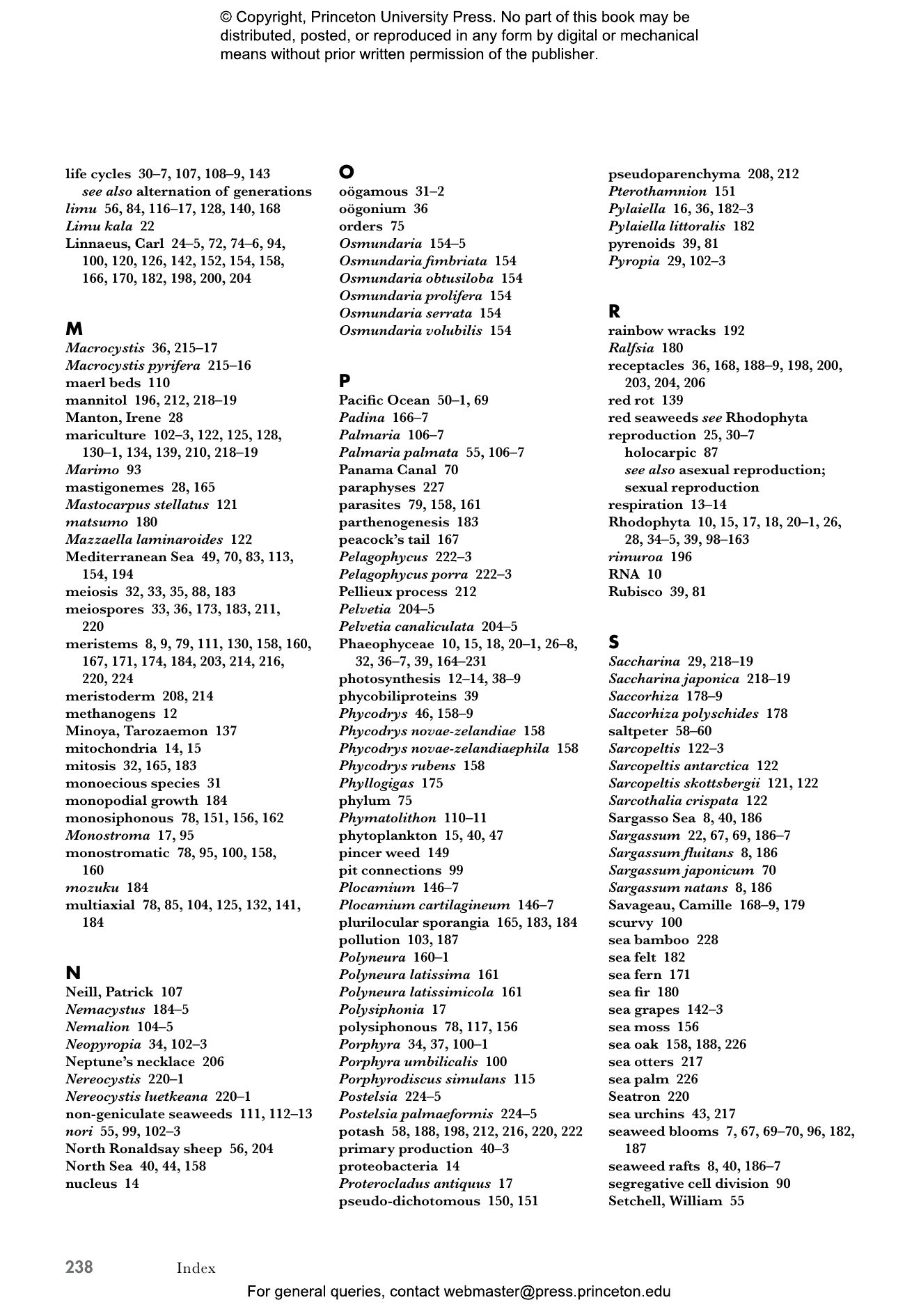 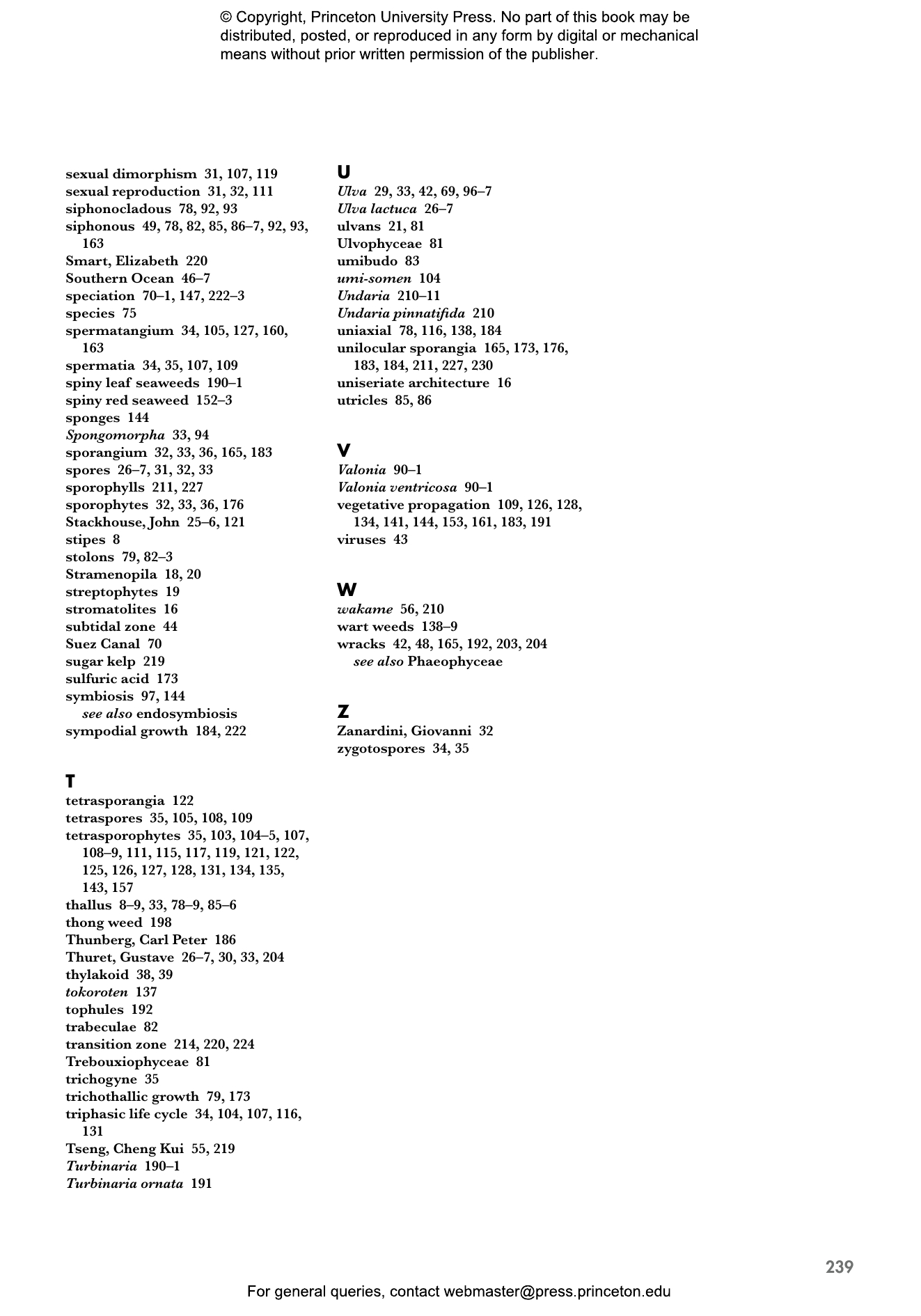 A lavishly illustrated guide to the seaweed families of the world 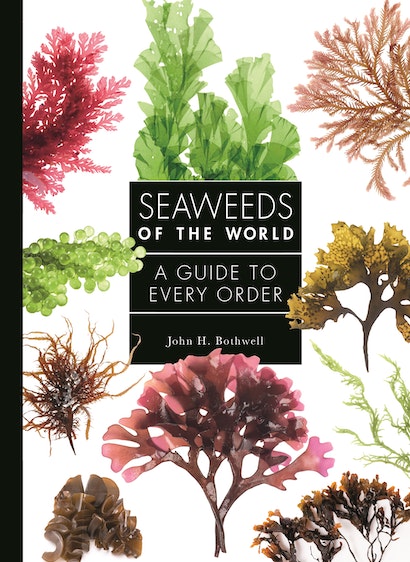 Seaweeds are astoundingly diverse. They’re found along the shallows of beaches and have been recorded living at depths of more than 800 feet; they can be microscopic or grow into giants many meters long. They’re incredibly efficient at using the materials found in the ocean and are increasingly used in the human world, in applications from food to fuel. They’re beautiful, too, with their undulating shapes anchored to the sea floor or drifting on the surface. Seaweeds aren’t plants: they’re algae, part of a huge and largely unfamiliar group of aquatic organisms. Seaweeds of the World makes sense of their complicated world, differentiating between the three main groups—red, green, and brown—and delving into their complex reproductive systems. The result is an unprecedented, accessible, and in-depth look at a previously hidden ocean world.

The long past of seaweeds

John H. Bothwell is a phycologist in the Department of Biosciences at Durham University. He has studied seaweeds in the North Atlantic, North Pacific, and Indian oceans for more than twenty years, and his group published both the first description of a brown seaweed sex chromosome and the first genome sequence of a green seaweed.