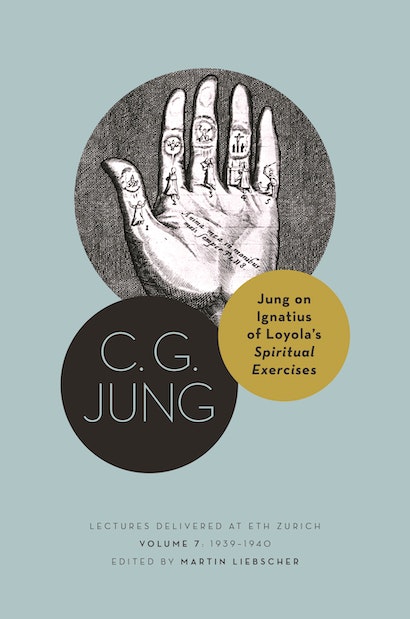 Between 1933 and 1941, C. G. Jung delivered a series of public lectures at the Swiss Federal Institute of Technology (ETH) in Zurich. Intended for a general audience, these lectures addressed a broad range of topics, from yoga and meditation to dream analysis and the psychology of alchemy. Here for the first time are Jung’s complete lectures on Ignatius of Loyola’s Spiritual Exercises, delivered in the winter of 1939–1940.

These illuminating lectures are the culmination of Jung’s investigation into traditional forms of meditation and their parallels to his psychotherapeutic method of active imagination. Jung presents Loyola’s exercises as the prime example of a Christian practice comparable to yoga and Eastern meditation, and gives a psychological interpretation of the visions depicted in the saint’s autobiographical writings. Offering a unique opportunity to encounter the brilliant psychologist as he shares his ideas with the general public, the lectures reflect Jung’s increasingly positive engagement with Roman Catholicism, a development that would lead to his fruitful collaborations after the war with eminent Catholic theologians such as Victor White, Bruno de Jésus-Marie, and Hugo Rahner.

Featuring an authoritative introduction by Martin Liebscher along with explanations of Jungian concepts and psychological terminology, this splendid book provides an invaluable window on the evolution of Jung’s thought and a vital key to understanding his later work.

Martin Liebscher is lecturer at the School of European Languages, Culture, and Society at University College London and editor and translator at the Philemon Foundation. His books include Psychology of Yoga and Meditation: Lectures Delivered at ETH Zurich, Volume 6: 1938–1940 and Analytical Psychology in Exile: The Correspondence of C. G. Jung and Erich Neumann (both Princeton).