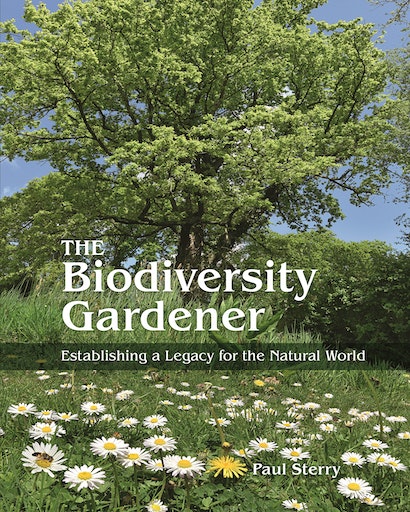 Over the past decade, wildlife author and photographer Paul Sterry has nurtured, both through action and by doing nothing, what has become a small island of flourishing biodiversity in the half-acre garden that surrounds his north Hampshire cottage. By giving nature a free hand, and fostering habitats appropriate to this part of southeast England, he has enabled an abundance of native plant and animal species to call the garden home. This contrasts with the continued decline in biodiversity in the surrounding countryside. In this inspiring and informative book, Sterry tells the story of his own experiences in biodiversity gardening and offers detailed practical advice to anyone who wants to give nature the upper hand on their own bit of land, no matter how small.

Hampshire still retains traces of its rich wildlife heritage, but changes in land use over the past half-century have had a devastating impact on local biodiversity. Against this backdrop, The Biodiversity Gardener presents a habitat-driven and evidence-based approach, describing how any gardener can unlock the wildlife potential of their plot and enjoy the satisfaction of watching it become home to a rich array of native species, including butterflies, wildflowers, grasshoppers, amphibians, and fungi.

In The Biodiversity Gardener, Sterry explains the ecological imperative of adopting this approach. Collectively, biodiversity gardens could leave a lasting legacy—wildlife oases from which future generations stand a fighting chance of restoring Britain’s natural heritage. The book encourages and empowers readers to create their own biological inheritance for posterity—and shows them how they can do it.

Paul Sterry is a bestselling wildlife author and photographer whose many books include Field Guide to Coastal Wildflowers of Britain, Ireland and Northwest Europe; Birds of Eastern North America; and Birds of Western North America (all Princeton).