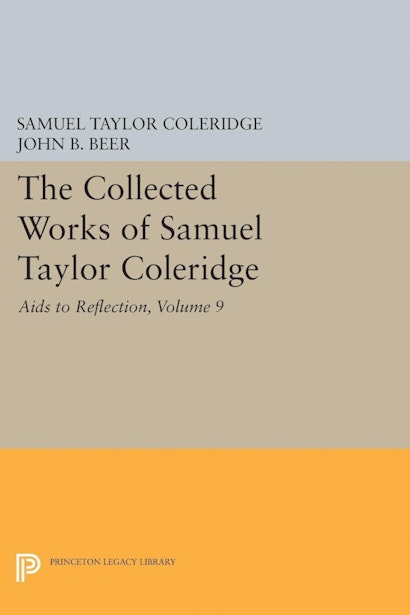 Coleridge’s Aids to Reflection was written at a time when new movements in thought were starting to unsettle belief. It was read with admiration by early Victorians such as John Sterling, F. D. Maurice, and Thomas Arnold, contributing to the formation of the Broad Church Movement, and with respect by members of the High Church Movement, including John Henry Newman. Coleridge had intended simply to produce a selection from the writings of the seventeenth-century Archbishop Robert Leighton with comments of his own, but as he worked at the book he found the commentary expanding to take in the fruits of his religious thinking over the years, so that the second, and more important, part of the volume was totally dominated by his thought. In this, the first major edition of Aids to Reflection, the intricate story of Coleridge’s changing conception is unfolded by way of an introduction and detailed notes, the surviving materials for the volume being printed in appendixes. The introduction also traces the subsequent influence of the work in England and America; further appendixes include James Marsh’s influential preface to the first American edition, which is reproduced in full.