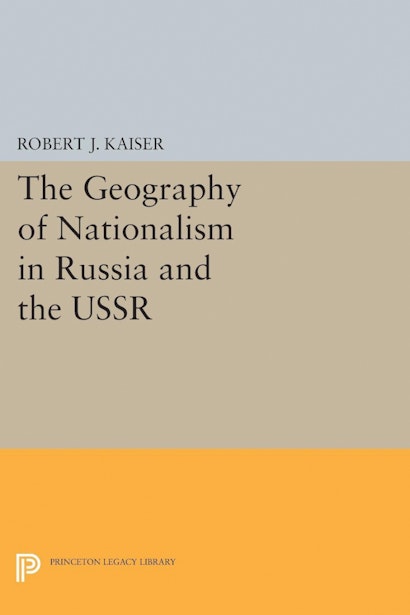 The Geography of Nationalism in Russia and the USSR is an important addition to the small library of essential works on the collapse of the Soviet empire. The first attempt to construct and test broad theoretical propositions about “place” and “territoriality” in the making of nations, it examines the critical social processes underlying the formation of nations and homelands in Russia and the USSR during the nineteenth and twentieth centuries. Robert Kaiser finds that for the most part national self-consciousness was only beginning to supplant a localist mentality by the time of World War I. The national problem faced by Lenin was fundamentally different from the more difficult nationalist challenge that confronted Gorbachev. In Kaiser’s place-based theory, the homeland, once created in the imaginations of the indigenous masses, powerfully structured national processes and international relations. “Indigenization” from below became an active competitor with nationality policies that promoted Russification, resulting in the restructuring of ethnic stratification to favor indigenes in their own respective home republics and to challenge Russian dominance outside Russia. The revolutionary changes occurring since 1989, Kaiser argues, should therefore be seen as part of a longer process of indigenization.

"The book reflects sound scholarship, informed analysis, and thorough research.... His case is well argued and generally persuasive.... This excellent, well-written volume is valuable to anyone interested in the former Soviet Union or in nationalism and national territoriality in general."—Geographical Reviews