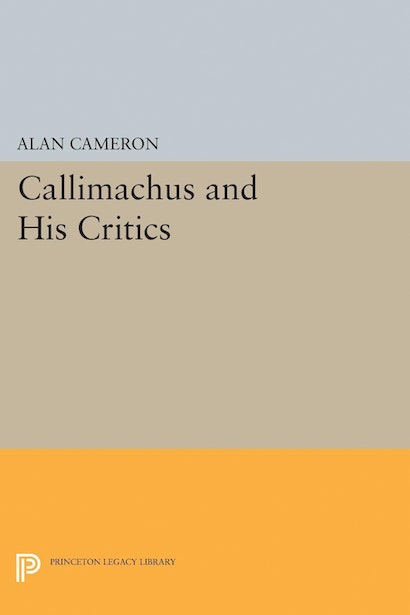 Callimachus has usually been seen as the archetypal ivory-tower poet, the epitome if not the inventor of the concept of art for art’s sake, author of erudite works written to be read in book form by fellow poets and scholars. Abundant evidence, much of it assembled here for the first time, suggests a very different story: a world of civic festivals rather than books and libraries, a world in which poetry and poets played a central and public role. In the course of the argument, Cameron casts fresh light on the lives, dates, works, and interrelationships of most of the other leading poets of the age. Another axiom of modern scholarship is that the object of Callimachus’s literary polemic was epic. Yet Cameron shows that the thriving school of epic poets celebrating the wars of Hellenistic kings that has so dominated modern study simply never existed. Elegy was the fashionable genre of the age, and the bone of contention between Callimachus and his rivals (all fellow elegists) was the nature of elegiac narrative. A final chapter sketches some of the implications of this revised view of Callimachus and his world for the interpretation of Roman, especially Augustan, poetry.