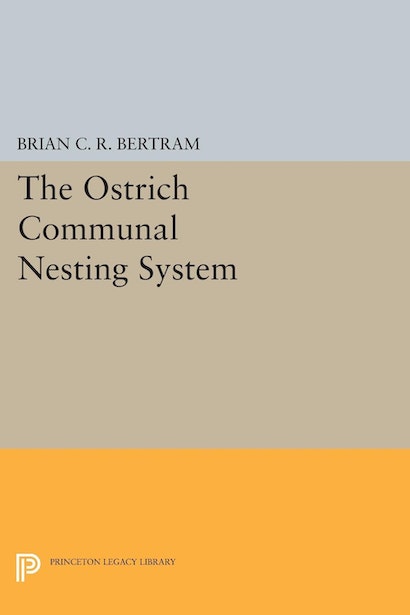 As the study of cooperative breeding systems expands, a number of key species form the examples that underpin our general understanding. The ostrich is increasingly becoming such a textbook species, on the basis of the results obtained in Brian Bertram’s study of vigilance and egg discrimination in this extraordinary bird. Here Bertram presents new data on the ostrich communal nesting system, in which several females lay in one female’s nest, with only one female and the male doing all the work. The Ostrich Communal Nesting System unravels the basis of the cooperation observed, and explains how a system involving apparent altruism is maintained by natural selection. It is now possible as never before to explain and quantify the effects of the different choices these birds make and to integrate ecological and morphological factors such as predation and size. Based on three seasons of study in Tsavo West National Park in Kenya, this book depended on recognizing individual birds, detecting and monitoring well-concealed nests, determining motherhood of eggs from their surface appearance, and time-lapse photography of nests. Key findings were that females could switch rapidly between reproductive strategies, that a nesting female could recognize her own eggs and when necessary discriminate against those of other females, and that the whiteness of ostrich eggs is an adaptation that protects them against overheating but at the cost of greater vulnerability to predation.