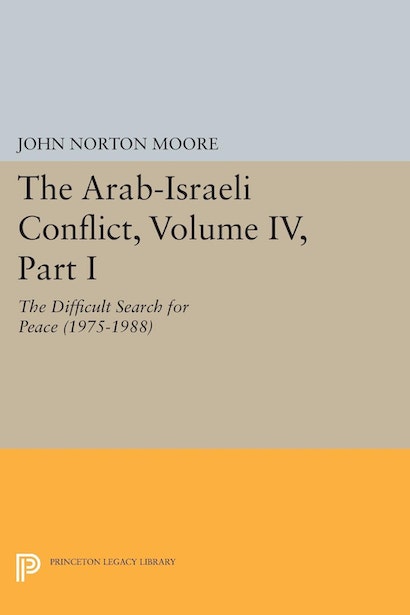 Volume IV of The Arab-Israeli Conflict is a fundamental research tool for students of the Middle East and for those responsible for U.S. policy-making in that area. It is a successor to John Norton Moore’s widely acclaimed three-volume compilation of readings and documents on international law and the Arab-Israeli conflict and to the one-volume abridged edition of that compilation, published by Princeton University Press in 1974 and 1977 respectively. Additionally, Volume IV stands on its own as a documentary history of the period from the September 1975 Sinai accords through the Shultz peace initiative and the Palestinian uprising in December 1988.