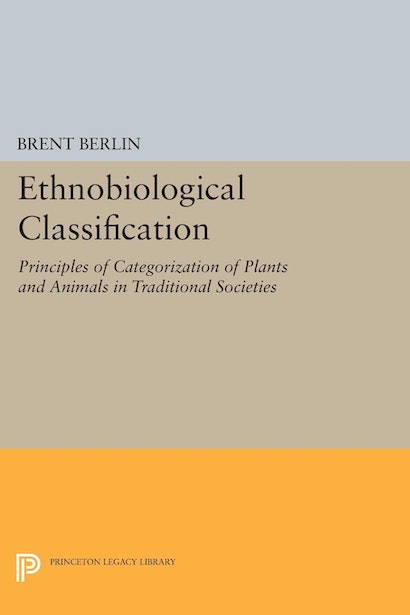 A founder of and leading thinker in the field of modern ethnobiology looks at the widespread regularities in the classification and naming of plants and animals among peoples of traditional, nonliterate societies — regularities that persist across local environments, cultures, societies, and languages. Brent Berlin maintains that these patterns can best be explained by the similarity of human beings’ largely unconscious appreciation of the natural affinities among groupings of plants and animals: people recognize and name a grouping of organisms quite independently of its actual or potential usefulness or symbolic significance in human society. Berlin’s claims challenge those anthropologists who see reality as a “set of culturally constructed, often unique and idiosyncratic images, little constrained by the parameters of an outside world.” Part One of this wide-ranging work focuses primarily on the structure of ethnobiological classification inferred from an analysis of descriptions of individual systems. Part Two focuses on the underlying processes involved in the functioning and evolution of ethnobiological systems in general.

"This well-researched and enthusiastically written book is a major contribution to ethnobiology.... This book is aimed at professional ethnobiologists, but it will also be of value to those who are interested in linguistics, systematics, psychological mechanisms, and the postmodernist debate."—The Quarterly Review of Biology