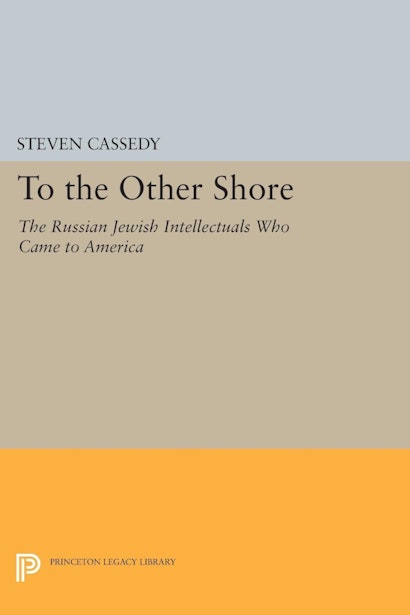 To the Other Shore tells the story of a small but influential group of Jewish intellectuals who immigrated to the United States from the Russian Empire between 1881 and the early 1920s — the era of “mass immigration.” This pioneer group of Jewish intellectuals, many of whom were raised in Orthodox homes, abandoned their Jewish identity, absorbed the radical political theories circulating in nineteenth-century Russia, and brought those theories with them to America. When they became leaders in the labor movement in the United States and wrote for the Yiddish, Russian, and English-language radical press, they generally retained the secularized Russian cultural identity they had adopted in their homeland, together with their commitment to socialist theories.

This group includes Abraham Cahan, longtime editor of The Jewish Daily Forward and one of the most influential Jews in America during the first half of this century; Morris Hillquit, a founding figure of the American socialist movement; Michael Zametkin and his wife, Adella Kean, both journalists and labor activists in the early decades of this century; and Chaim Zhitlovsky, one of the most important Yiddish writers in modern times. These immigrants were part of the generation of Jewish intellectuals that preceded the better-known New York Intellectuals of the late 1920s and 1930s — the group chronicled in Irving Howe’s World of Our Fathers.

In To the Other Shore, Steven Cassedy offers a broad, clear-eyed portrait of the early Jewish emigré intellectuals in America and the Russian cultural and political doctrines that inspired them.

"Cassedy breaks new ground in this comprehensive study of Russian Jewish intellectual emigrés to America from 1880 to 1920. With clear-eyed wisdom, To the Other Shore explores a host of topics, from the influence of nineteenth-century Russian literary criticism to the turn-of-the-century Yiddish press, from Abe Cahan's working-class fiction to Adella Kean Zametkin's daily columns in Der Tog."—Jewish Book World

"To the Other Shore documents how some Jewish intellectuals, while still in Russia, came to be indoctrinated in Russian revolutionary beliefs—above all Nihilism and Populism—and how they propagated these beliefs in their adopted country. By doing so, it fills a conspicuous gap in the historiography of Jewish immigration in America. This is a fresh, readable, intelligent book that should appeal to a broad audience."—Paul Avrich, author of Anarchist Voices