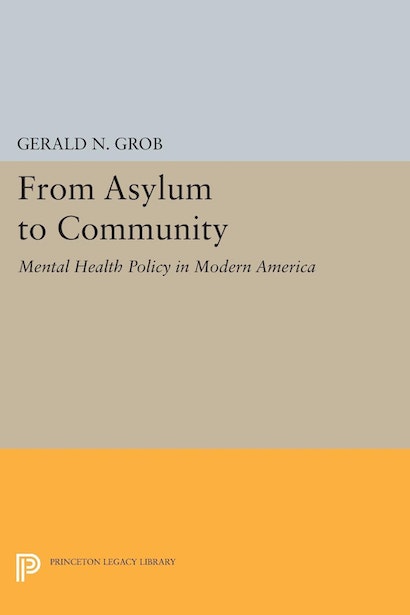 The distinguished historian of medicine Gerald Grob analyzes the post-World War II policy shift that moved many severely mentally ill patients from large state hospitals to nursing homes, families, and subsidized hotel rooms — and also, most disastrously, to the streets. On the eve of the war, public mental hospitals were the chief element in the American mental health system. Responsible for providing both treatment and care and supported by major portions of state budgets, they employed more than two-thirds of the members of the American Psychiatric Association and cared for nearly 98 percent of all institutionalized patients. This study shows how the consensus for such a program vanished, creating social problems that tragically intensified the sometimes unavoidable devastation of mental illness. Examining changes in mental health care between 1940 and 1970, Grob shows that community psychiatric and psychological services grew rapidly, while new treatments enabled many patients to lead normal lives. Acute services for the severely ill were expanded, and public hospitals, relieved of caring for large numbers of chronic or aged patients, developed into more active treatment centers. But since the main goal of the new policies was to serve a broad population, many of the most seriously ill were set adrift without even the basic necessities of life. By revealing the sources of the euphemistically designated policy of “community care,” Grob points to sorely needed alternatives.

"Grob's extensively researched book is the most comprehensive study to date of the evolution of public policy toward the mentally ill during a crucial time of change."—Bulletin of the History of Medicine