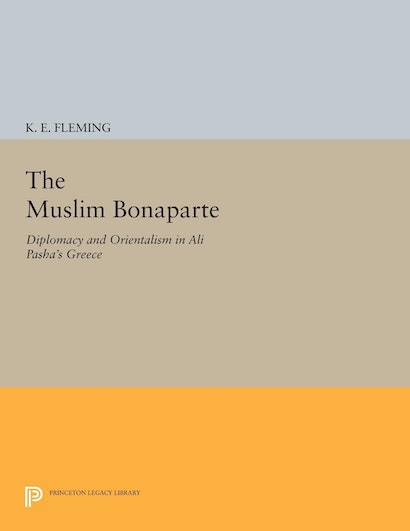 Ali Pasha of Ioannina (?1750-1822), the Ottoman-appointed governor of the northern mainland of Greece, was a towering figure in Ottoman, Greek, and European history. Based on an array of literatures, paintings, and musical scores, this is the first English-language critical biography about him in recent decades. K. E. Fleming shows that the British and French diplomatic experience of Ali was at odds with the “orientalist” literatures that he inspired. Dubbed by Byron the “Muslim Bonaparte,” Ali enjoyed a position of diplomatic strength in the eastern Adriatic; in his attempt to secede from the Ottoman state, he cleverly took advantage of the diplomatic relations of Britain, Russia, France, and Venice. As he reached the peak of his powers, however, European accounts of him portrayed him in ever more “orientalist” terms — as irrational, despotic, cruel, and undependable.

Fleming focuses on the tension between these two experiences of Ali — the diplomatic and the cultural. She also places the history of modern Greece in the context of European history, as well as that of Ottoman decline, and demonstrates the ways in which contemporary European visions of Greece, particularly those generated by Romanticist philhellenism, contributed to a unique form of “orientalism” in the south Balkans. Greece, a territory never formally colonized by Western Europe, was subject instead to a surrogate form of colonial control — one in which the country’s history and culture, rather than its actual land, was annexed, invaded, and colonized.

"K. E. Fleming . . . raises significant questions about the dynamic complexity of cultural representation. [She] invites the critical rethinking of a number of crucial notions such as hegemony, power, and history."—Liana H. Theodoratou, New York University

"K. E. Fleming shows that the cultural representation of Ali Pasha by the West was not simply nor mainly a way of dominating him. It was also a process by which Ali Pasha was able to limit that domination, and, for a time, even turn it around. An interesting and sound undertaking."—Traian Stoianovich, Rutgers University