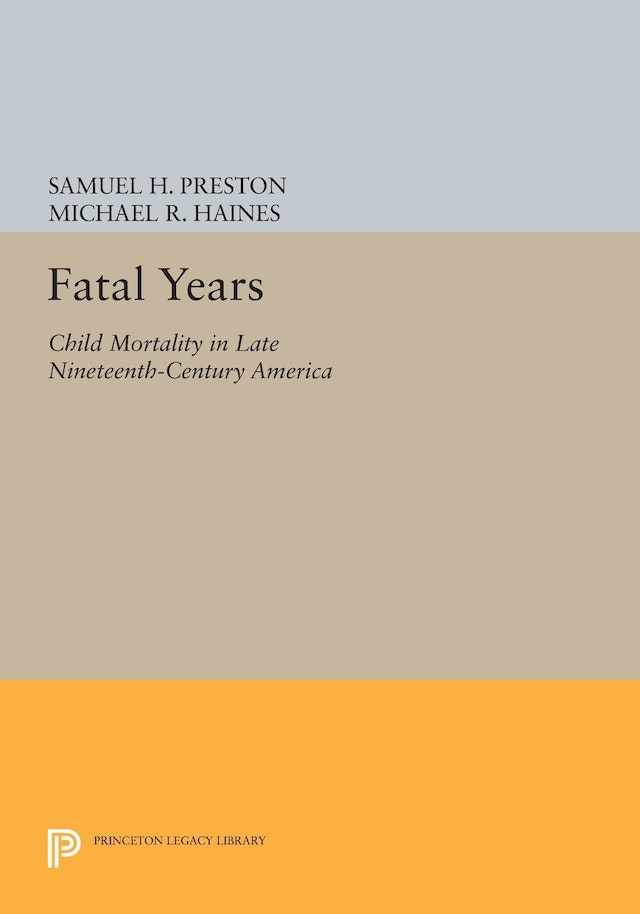 Fatal Years is the first systematic study of child mortality in the United States in the late nineteenth century. Exploiting newly discovered data from the 1900 Census of Population, Samuel Preston and Michael Haines present their findings in a volume that is not only a pioneering work of demography but also an accessible and moving historical narrative. Despite having a rich, well-fed, and highly literate population, the United States had exceptionally high child-mortality levels during this period: nearly one out of every five children died before the age of five. Preston and Haines challenge accepted opinion to show that losses in privileged social groups were as appalling as those among lower classes. Improvements came only with better knowledge about infectious diseases and greater public efforts to limit their spread. The authors look at a wide range of topics, including differences in mortality in urban versus rural areas and the differences in child mortality among various immigration groups. “Fatal Years is an extremely important contribution to our understanding of child mortality in the United States at the turn of the century. The new data and its analysis force everyone to reconsider previous work and statements about U.S. mortality in that period. The book will quickly become a standard in the field.” — Maris A. Vinovskis, University of Michigan