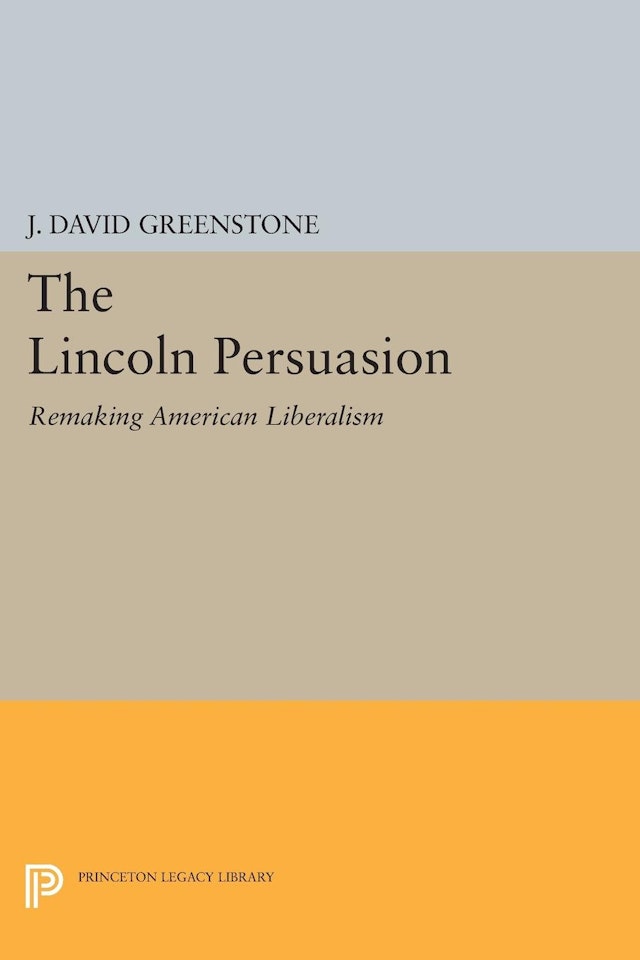 In this, his last work, J. David Greenstone provides an important new analysis of American liberalism and of Lincoln’s unique contribution to the nation’s political life. Greenstone addresses Louis Hartz’s well-known claim that a tradition of liberal consensus has characterized American political life from the time of the founders. Although he acknowledges the force of Hartz’s thesis, Greenstone nevertheless finds it inadequate for explaining prominent instances of American political discord, most notably the Civil War.

"A complex, fascinating, and illuminating book. Its argument, to oversimplify, is that, perhaps better than any American leader in our country's history, Lincoln was able to combine a passionate commitment to changing the country with the political realism required to change the country without tearing it apart."—Father Andrew Greeley, Chicago Sun-Times

"A useful example of the effective use of executive power in its account of how Lincoln succeeded in addressing the central failing of his day—slavery. Lincoln, Greenstone argues, created a moral consensus that placed the highest value on the preservation of the Union, a position with wide support in the North, while skillfully improvising a policy reflecting the principles in the Declaration of Independence that implicitly called for eliminating slavery."—Thomas Byrne Edsall, The New York Review of Books

"The central element in the Lincoln persuasion is a helf-secular, half-religious drive for redemption, a reformist politics aware of its limit. Lincoln's genius, Greenstone avers, was his ability to fashion out of the crisis of the union a solution which began to realize the nation's original promise of freedom. . . . a sustained tour de force which illuminates a good piece of American history. The book is, of course, utterly relevant in a society divided by conflict over the boundaries of market and state, private interests and public solidarities, entitlements and responsibilities."—Norman Birnbaum, Contemporary Sociology

"The Lincoln Persuasion is one of the most important works in American political culture in the past fifty years."—Philip Abbott, The Review of Politics

"This book offers a major reinterpretation of American political ideas. J. David Greenstone recovers the strand of positive liberty, both as fact and as norm, within American liberalism; he shows the inadequencies of the negative liberty perspective in dealing with slavery; and he reinterprets the Lincoln within the positive liberty tradition. The volume is unfailingly thoughtful, gracefully written, and displays the complexity of Greenstone's engagement with political matters."—Michael Rogin, University of California, Berkeley