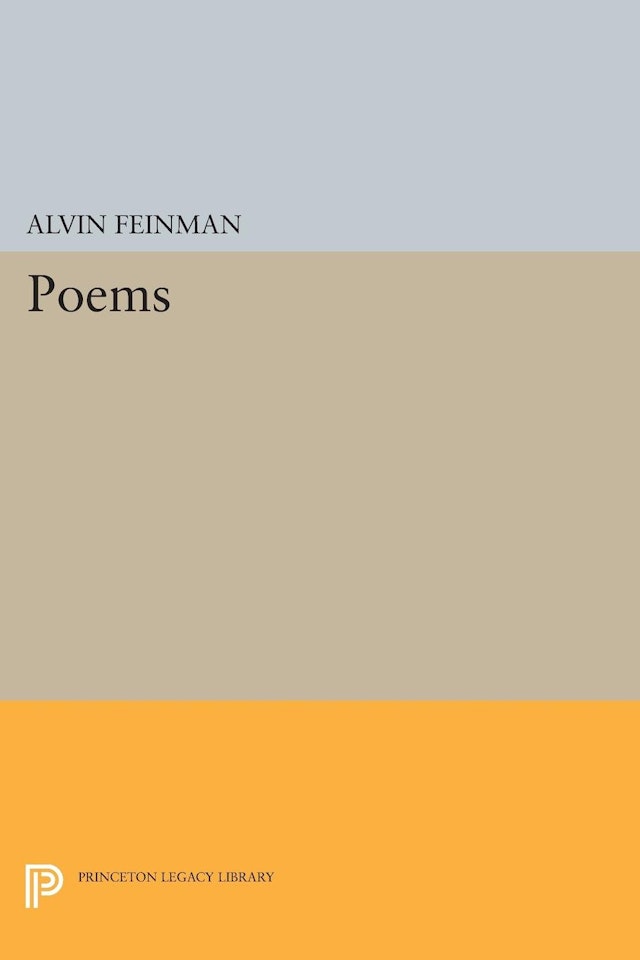 This volume of Alvin Feinman’s poems presents a highly praised earlier work, Preambles and Other Poems, combined with more recent poems. Of Preambles Allen Tate wrote, “This is a remarkable first book… . There is an acute and subtle sensibility at work. ‘Pilgrim Heights’ is one of the best poems by an American that I have seen in many years.’ “

Something, something, the heart here
Misses, something it knows it needs
Unable to bless — the wind passes;
A swifter shadow sweeps the reeds,
The heart a colder contrast brushes.

So this fool, face-forward, belly
Pressed among the rushes, plays out
His pulse to the dune’s long slant
Down from blue to bluer element,
The bold encompassing drink of air

And namelessness, a length compound
Of want and oneness the shore’s mumbling
Distantly tells — something a wing’s
Dry pivot stresses, carved
Through barrens of stillness and glare.

"I've known Alvin Feinman's poems for more than thirty years now, and some of them are always in my mind and ear: 'Preambles,' 'Pilgrim Heights,' 'This Tree,' 'November Sunday Morning,' 'Circumferences,' and several more. Because his poetry has been so sparse, Feinman found only a small audience, but they have been select, skilled, and faithful readers. The best of his poems stand with the most achieved work of his generation, with the best of Ashbery, Merrill, Ammons, Hollander, and only a few others."—Harold Bloom