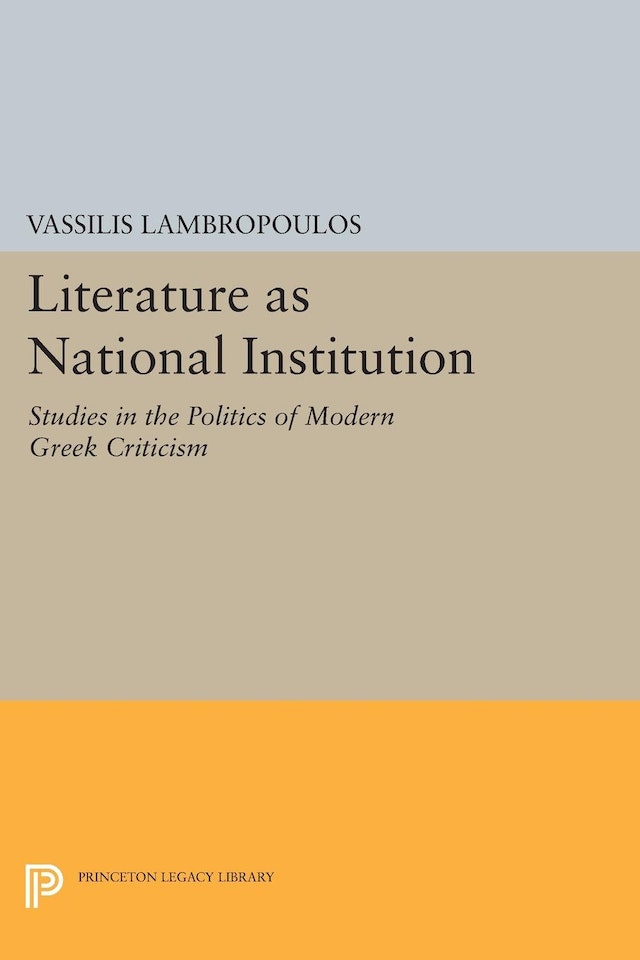 This book examines how the practices of criticism establish a particular domain of knowledge, the truth of literature. As a discussion of the ideology and politics of literary knowledge, it concentrates on constitutive elements of its production: the intertextuality of writing, the mediatedness of understanding, the formative role of reading expectations, the enabling presence of relevant literacy, the conditioning horizon of expectations, and the economic character of axiology. The main argument advanced is that criticism, by constructing literature as an ethnic heritage and communal treasure, participated in the invention of a national identity necessary for the legitimization of the modern state.

Case studies have been selected from the highly relevant area of contemporary Greek criticism. Microscopic investigations of its dominant sites, mechanisms, and discourses reveal that the field emerged in response to concrete political needs and provided the state with a literary tradition as proof of its national composition, purity, continuity, and autonomy. The construction and canonization of texts as art works invariably employed, as a measure of aesthetic (and ultimately moral) merit, the Greekness of the literary sign. The book, as a genealogical approach to the neglected national role of literature, should be of interest to specialists in literary theory, comparative literature, Greek studies, and cultural studies.