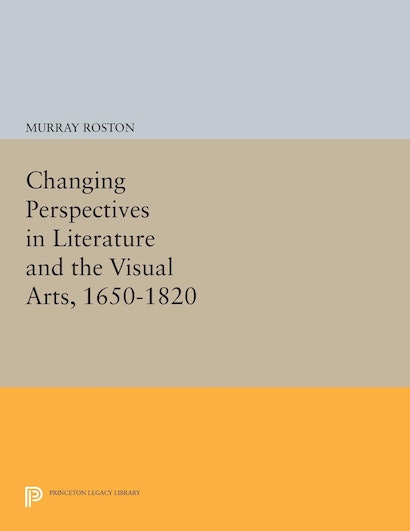 Continuing with the theme of his work Renaissance Perspectives in Literature and the Visual Arts, Murray Roston applies to a later period the same critical principle: that for each generation there exists a central complex of inherited ideas and urgent contemporary concerns to which each creative artist and writer responds in his or her own way. Roston demonstrates that what emerges is not a fixed or monolithic pattern for each generation but a dynamic series of responses to shared challenges. The book relates leading English writers and literary modes to contemporary developments in architecture, painting, and sculpture. “A sumptuous book… . Clearly and gracefully written and cogently argued, Roston’s admirable achievement is of paramount significance to literary studies, to cultural and art history, and to aesthetics… . Outstanding.” — Choice