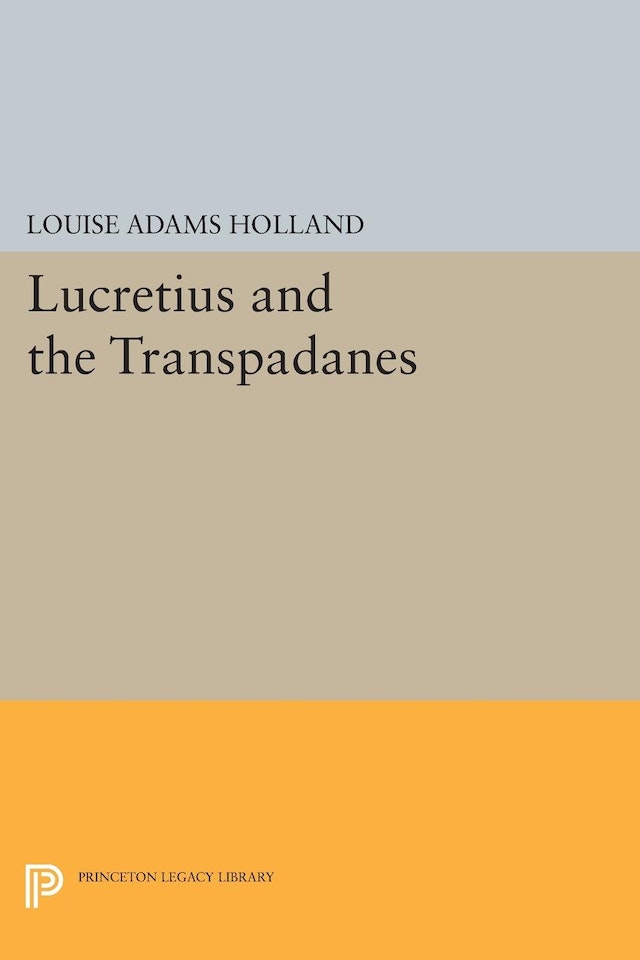 In the absence of tape recordings from antiquity, we have a limited knowledge of how classical Latin prose or verse sounded as it was rendered orally. Yet we do know that the spoken word varied greatly from place to place, regardless of how much uniformity the written language maintained. Louise Adams Holland considers the geographical basis for these linguistic differences, and advances new arguments for the origin of Lucretius. She shows that he came from the same area of northern Italy—the Transpadane—as Catullus and Virgil, not from Rome, as the majority of his critics have contended.