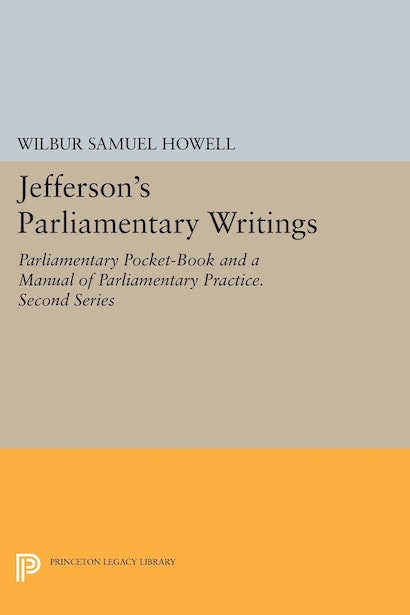 This volume in the Second Series of The Papers of Thomas Jefferson contains the two important parliamentary documents he prepared during his lifelong study of the subject. Jefferson compiled the first document, called the Parliamentary Pocket-Book,” while he was president of the Senate by virtue of his position as Vice- President of the United States. This informal guide was the basis for the Manual of Parliamentary Practice, which Jefferson completed in its earliest form by 1800 and which he had published in 1801. The Manual was the new nation’s first full parliamentary rule book and is American democracy’s reliable guide to its English parliamentary tradition. Still cited on the floors of Congress.