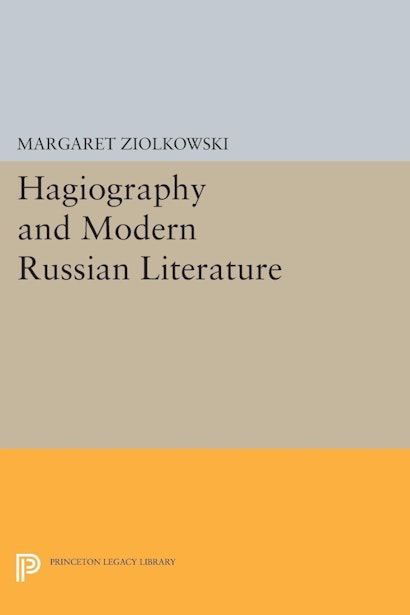 The heritage of medieval hagiography, the diverse and voluminous literature devoted to saints, was much more important in nineteenth-century Russia than is often recognized. Although scholars have treated examples of the influence of hagiographic writing on a few prominent Russian writers, Margaret Ziolkowski is the first to describe the vast extent of its impact. Some of the authors she discusses are Kondratii Ryleev, Aleksandr Bestuzhev-Marlinskii, Fedor Dostoevsky, Leo Tolstoy, Nikolai Leskov, Gleb Uspenskii, Dmitrii Merezhkovskii, and Maksimilian Voloshin. Such writers were often exposed to saints’ lives at an early age, and these stories left a deep impression to be dealt with later, whether favorably or otherwise.

Professor Ziolkowski identifies and analyzes the most common usages of hagiographic material by Russian writers, as well as the variety of purposes that inspired this exploitation of their cultural past. Tolstoy, for instance, employed hagiographic sources to attack the organized church and the institution of monasticism. Individual chapters treat the influence of hagiography on the poetry of the Decembrists, reworkings of specific hagiographic legends or tales, and the application of hagiographic conventions and features to contemporary characters and situations.