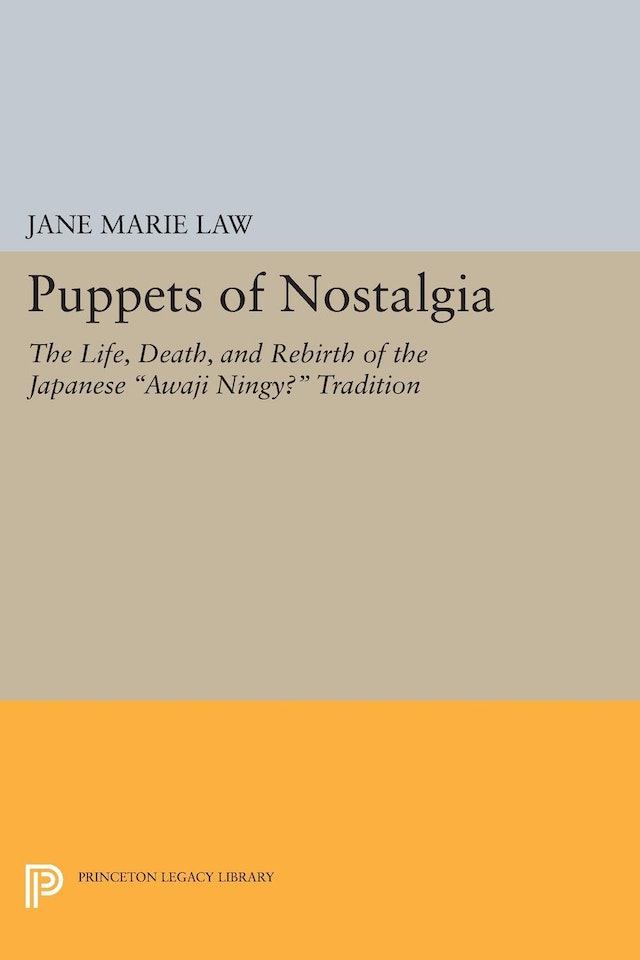 Puppets of Nostalgia is the first major work in any Western language to examine the ritual origins and religious dimensions of puppetry in Japan. In a lucid and engaging style accessible to the general reader, Jane Marie Law describes the “life, death, and rebirth” of awaji ningyo shibai, the unique form of puppet theater of Awaji Island that has existed since the sixteenth century. Puppetry rites on Awaji helped to maintain rigid ritual purity codes and to keep dangerous spiritual forces properly channeled and appeased. Law conducted fieldwork on Awaji, located in Japan’s Inland Sea, over a ten-year period. In addition to being a detailed history and ethnography of this ritual tradition, Law’s work is, at a theoretical level, a study of the process and meaning of tradition formation, reformation, invention, and revitalization. It will interest scholars in a number of fields, including the history of religions, anthropology, cultural studies, ritual and theater studies, Japanese studies, and social history.

Focusing on the puppetry tradition of Awaji Island, Puppets of Nostalgia describes the activities of the island’s ritual puppeteers and includes the first English translation of their performance texts and detailed descriptions of their rites. Because the author has lived on Awaji during extended periods of research, the work includes fine attention to local detail and nuanced readings of religious currents in Japan that affect popular religious expression. Illustrated throughout with rare photographs, the book provides an in-depth view of a four-hundred-year-old tradition never so thoroughly revealed to Western readers.

"A major contribution to the fields of ritual studies, history of religions, theater, and the anthropology of modern Japanese society. The author writes in a lively, captivating style without sacrificing scholarly rigor. The 'transcendent' quality of this work stems from Jane Marie Law's synthesis of sound historiography and ethnographic fieldwork."—Avron Boretz, Hobart and William Smith Colleges

"This is a sophisticated, post-modern, cross-disciplinary study. It breaks new ground in its examination of non-ecclesiastical religious experience and the role of ritual specialist/popular entertainers and serves as an example of how to address the issue of the meaning and creation of 'traditions.' Jane Marie Law has asked, and answered splendidly, all the right, most interesting questions about tradition formation, reformation, and revival."—Susan Matisoff, Stanford University