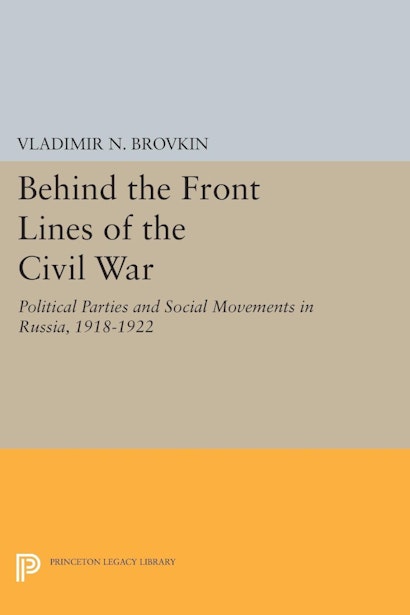 Countering the powerful myth that the civil war in Russia was largely between the “Whites” and the “Reds,” Vladimir Brovkin views the struggle as a multifaceted social and political process. Brovkin focuses not so much on armies and governments as on the interaction of state institutions, political parties, and social movements on both Red and White territories. In the process, he exposes the weaknesses of the various warring factions in a Russia plagued by strikes, mutinies, desertion, and rebellions.

The Whites benefited from popular resistance to the Reds, and the Reds, from resistance to the Whites. In Brovkin’s view, neither regime enjoyed popular support. Pacification campaigns, mass shooting, deportations, artillery shelling of villages, and terror were the essence of the conflict, and when the Whites were defeated, the war against the Greens, the peasant rebels, went on. Drawing on a remarkable array of previously untapped sources, Brovkin convicts the early Bolsheviks of crimes similar to those later committed by Stalin. What emerges “behind the front lines” is a picture of how diverse forces—Cossacks, Ukrainians, Greens, Mensheviks, and SRs, as well as Whites and Bolsheviks—created the tragic victory of a party that had no majority support.

This book has important contemporary implications as the world again asks an old question: Can Russian statehood prevail over local, regional, and national identities?