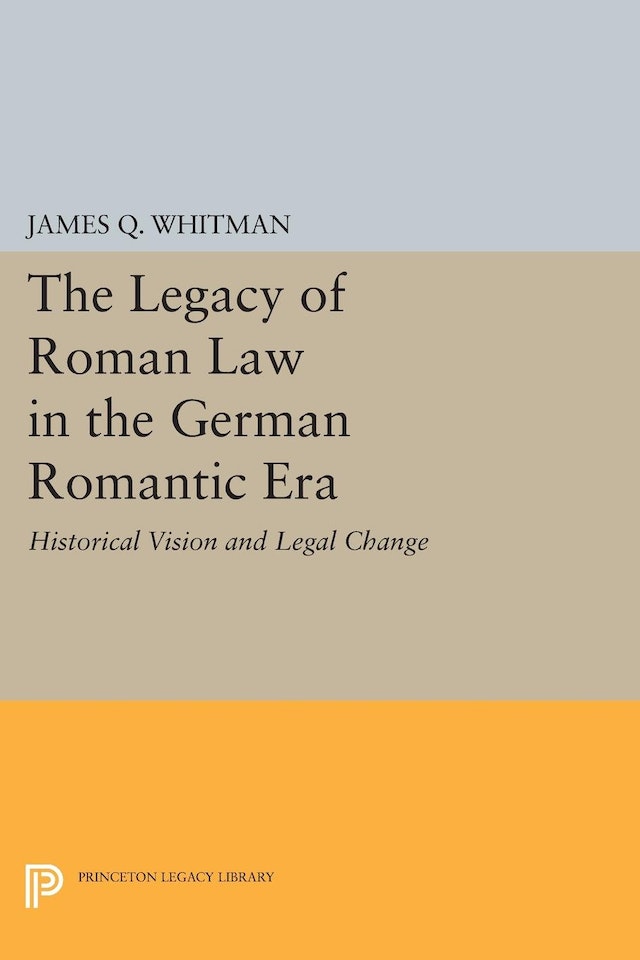 Well after the process of codification had begun elsewhere in nineteenth-century Europe, ancient Roman law remained in use in Germany, expounded by brilliant scholars and applied in both urban and rural courts. The survival of this flourishing Roman legal culture into the industrial era is a familiar fact, but until now little effort has been made to explain it outside the province of specialized legal history. James Whitman seeks to remedy this neglect by exploring the broad political and cultural significance of German Roman law, emphasizing the hope on the part of German Roman lawyers that they could in some measure revive the Roman social order in their own society. Discussing the background of Romantic era law in the law of the Reformation, Whitman makes the great German tradition of legal scholarship more accessible to all those interested in German history. Drawing on treatises already known to legal historians as well as on previously unexploited records of legal practice, Whitman traces the traditions that allowed nineteenth-century German lawyers like Savigny to present themselves as uniquely “impartial” and “unpolitical.” This book will be of particular interest to students of the many German thinkers who were trained as Roman lawyers, among them Marx and Weber.