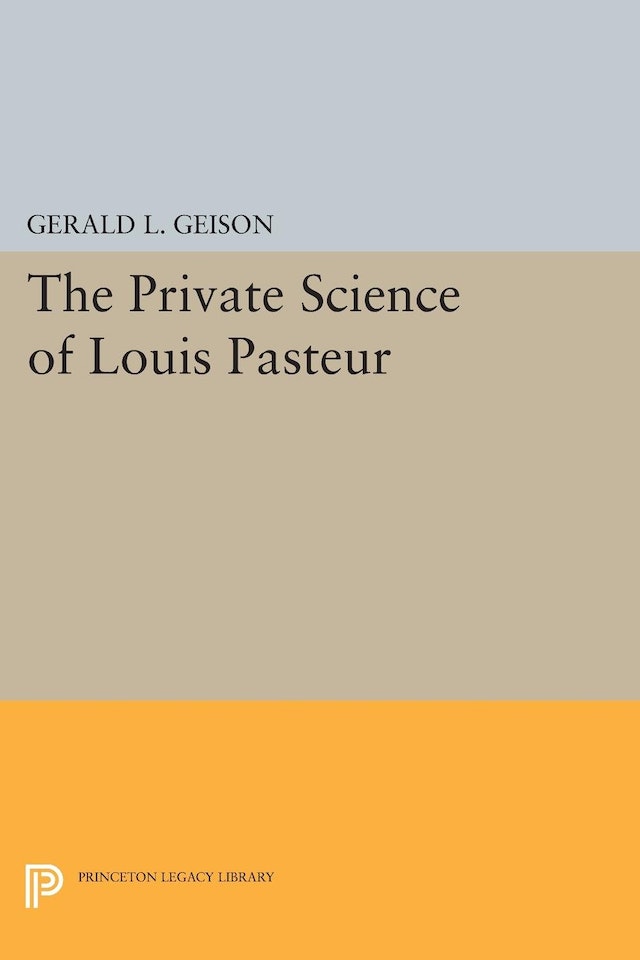 In The Private Science of Louis Pasteur, Gerald Geison has written a controversial biography that finally penetrates the secrecy that has surrounded much of this legendary scientist’s laboratory work. Geison uses Pasteur’s laboratory notebooks, made available only recently, and his published papers to present a rich and full account of some of the most famous episodes in the history of science and their darker sides — for example, Pasteur’s rush to develop the rabies vaccine and the human risks his haste entailed. The discrepancies between the public record and the “private science” of Louis Pasteur tell us as much about the man as they do about the highly competitive and political world he learned to master.

Although experimental ingenuity served Pasteur well, he also owed much of his success to the polemical virtuosity and political savvy that won him unprecedented financial support from the French state during the late nineteenth century. But a close look at his greatest achievements raises ethical issues. In the case of Pasteur’s widely publicized anthrax vaccine, Geison reveals its initial defects and how Pasteur, in order to avoid embarrassment, secretly incorporated a rival colleague’s findings to make his version of the vaccine work. Pasteur’s premature decision to apply his rabies treatment to his first animal-bite victims raises even deeper questions and must be understood not only in terms of the ethics of human experimentation and scientific method, but also in light of Pasteur’s shift from a biological theory of immunity to a chemical theory — similar to ones he had often disparaged when advanced by his competitors.

Through his vivid reconstruction of the professional rivalries as well as the national adulation that surrounded Pasteur, Geison places him in his wider cultural context. In giving Pasteur the close scrutiny his fame and achievements deserve, Geison’s book offers compelling reading for anyone interested in the social and ethical dimensions of science.

"The most original account of Pasteur's science and his personality to appear. . . . a remarkable example of judicious, balanced scholarly treatment of very difficult issues. This book will be of great interest both within and outside the scholarly fields from which it emerges."—Frederic L. Holmes, Yale University

"This book is a scientific biography at its best. With a fine sense of judgment, clear exposition, and the sophistication of the seasoned scholar, Professor Geison has produced a tour-de-force. Unswayed by the extremes of social construction or the prejudices of an animus against science, he has nevertheless revealed the nature of the Pastorian legend and has traced out the manner of its construction. Pasteur emerges still the skillful experimentalist, but also a bold combatant, versed in the art of oratory, and so secretive about his day-to-day work that until his laboratory notebooks became available recently it was impossible to check the myths that have made the legend."—Robert Olby, University of Pittsburgh