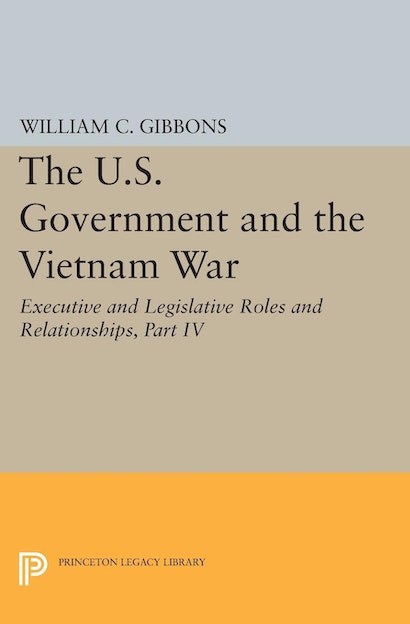 This fourth volume of a five-part policy history of the U.S. government and the Vietnam War covers the core period of U.S. involvement, from July 1965, when the decision was made to send large-scale U.S. forces, to the beginning of 1968, just before the Tet offensive and the decision to seek a negotiated settlement. Using a wide variety of archival sources and interviews, the book examines in detail the decisions of the president, relations between the president and Congress, and the growth of public and congressional opposition to the war. Differences between U.S. military leaders on how the war should be fought are also included, as well as military planning and operations.

Among many other important subjects, the financial effects of the war and of raising taxes are considered, as well as the impact of a tax increase on congressional and public support for the war. Another major interest is the effort by Congress to influence the conduct of the war and to place various controls on U.S. goals and operations. The emphasis throughout this richly textured narrative is on providing a better understanding of the choices facing the United States and the way in which U.S. policymakers tried to find an effective politico-military strategy, while also probing for a diplomatic settlement.

"The merits of volume 4 (and all the volumes to date) are numerous. Most important is the sustained, in-depth attention given to the congress and the war. . . . Gibbons's usage of archival sources for the period under study is very impressive."—The Journal of American History